I’ve only been skimming the headlines of the Ghislane Maxwell trial. It’s been one delaying tactic after another with little activity to report. Then I saw this article about both the prosecution and defense agreeing to not release info, clicked and whoa… presiding Judge Nathan is not a man. Not at ALL.

U.S. District Judge Alison Nathan agreed to multiple redactions proposed by Maxwell, while okaying a majority of the redactions requested by government lawyers.

When both sides of the trial request that the details of “blackmailing senior government officials by encouraging them to rape children on camera” be kept secret because the public would be TOO interested in them, it’s a dirty trial. Not that I expected clean but here’s the smoking gun.

Law & Crime reports: Judge Nathan did side with Maxwell on several additional redactions proposed to transcripts submitted as part of the government’s filing, finding that to make those details public would only tend to cater to an appetite for the “sensational and impure.” …

In February, Maxwell lost a bid to keep secret an excerpt from a 2016 deposition regarding sex toys.

I don’t recall great scandal happening as a result of that.

Maxwell, 58, is in a federal lockup in Brooklyn awaiting a July trial on charges that she recruited three teenage girls in the 1990s for Epstein to sexually abuse.

In December 2020, Maxwell was once against denied bail, citing her status as a serious flight risk.

Judge Nathan said Maxwell poses a serious flight risk due to her wealth and holding citizenship in more than one country.

Ouch! Judge Nathan played the “You’re a Jew!” card on Maxwell and got away with it! How did she manage that? 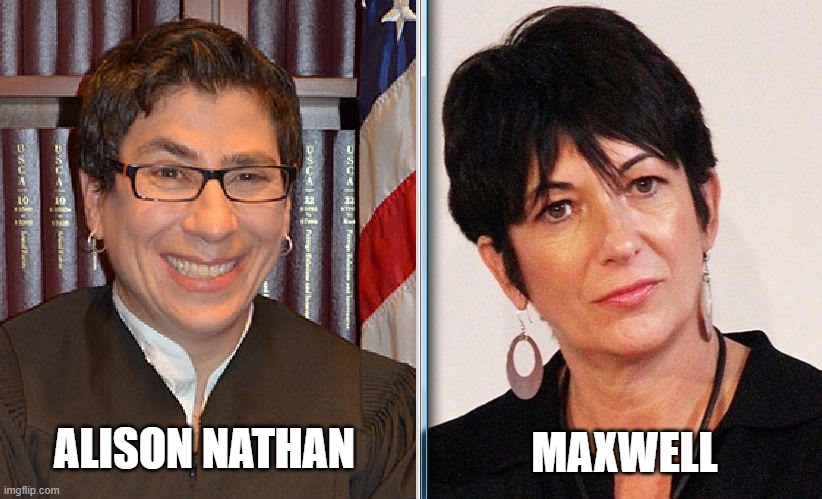 Sometimes a picture is worth a thousand words. 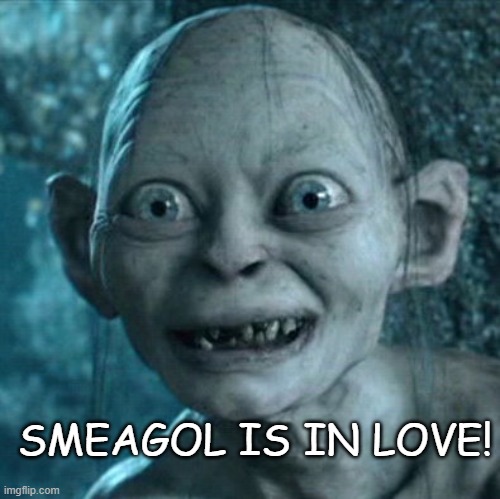 Alas poor Smeagol, Judge Nathan is an outspoken Jewish lesbian who lives ‘married’ with her lover and two adopted boys. Which raises the question of whether she’s a Minor-Attracted Person. I can’t answer that but here’s some hard stuff:

Congratulations to Alison Nathan, an openly lesbian former Associate White House Counsel, whom right-wingers almost scared the Senate into failing to confirm. The bad guys failed, and the confirmation succeeded by a 48 to 44 vote. Ali will join the Southern District of New York, where she will sit alongside (figuratively) openly gay judges Deborah Batts and Paul Oetken. Nathan and Batts are the only two openly lesbian federal district court judges; Oetken is the one and only openly gay male federal district court judge.

The most heavily invoked reason for conservative opposition during the debate over Nathan was not her sexual orientation or even the code word fear of “judicial activism.” Instead, bizarrely enough, Sen. Jeffrey Sessions spoke for 18 minutes mostly about her openness to considering law from outside the U.S. in her rulings.

There is nothing bizarre about denouncing a judge (with dual citizenship, no less) for invoking foreign laws. The legal term is treason, I believe.

Nathan is a confirmed globohomo.

Prior to her White House work, Nathan clerked for Justice Stevens, worked at Wilmer Cutler, and taught for brief stints at Fordham and NYU Law Schools.

The Fordham stint establishes a connection between Nathan and the Jesuits.

Now we know why Maxwell is still breathing. The judge is a high-level agent of the New World Order and in perfect position to limit any damage that could result from the trial. It’s a little surprising that Nathan didn’t let her relative escape on bail, but the atheist Jews are well-known to hate the Zionists. I suspect there’s some internecine feuding going on… flipping Maxwell from Mossad to ((CIA)) would be a strong intelligence coup, but at the same time it’s obvious why Maxwell would be reluctant to flip.

Because Epstein didn’t kill himself.