When Commiefornia gets tough, the tough go to Texas. Or Florida. I was the latter.

Daytona Beach, FL-despite the coronavirus pandemic, Daytona Beach ‘s annual Bike Week has brought tens of thousands of motorcyclists to the city and its neighbors this weekend… and few of them are wearing masks.

About 1/3 of the population was still wearing masks voluntarily despite Florida being formally mask-free. Depressing but when you think about it being the retirement destination of USA, actually not that bad. Lots of businesses still had mask-up signs in their windows, chains and holes-in-the-wall both, but enforcement was deliciously lacking. 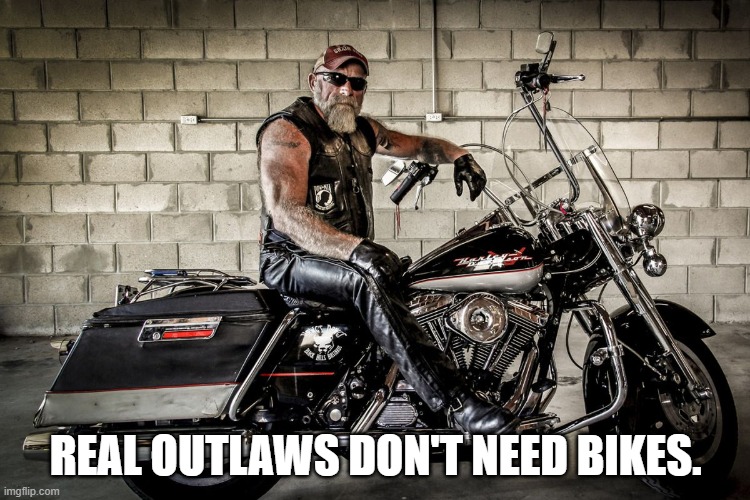 The city made a bargain with its bars: 60% capacity indoors in return for the permits necessary for temporary outdoor sales and entertainment.

I heard “badly needed tax revenue”. Who could have guessed that the secret to stopping a pandemic is the government going bankrupt!

The Daytona Regional Chamber of Commerce, which organizes the event, estimates 300,000 to 400,000 motorcyclists will attend. It typically draws 500,000.

Ah, the old normal is reasserting itself despite the New Normal’s $15,000,000,000,000.00 in campaign fundraising. I’m not the only man who likes his oxygen the way he likes his wheels: unfiltered and unsupervised!

At John’s Rock N Ride souvenir store, owner Johnny Sanchez was selling a lot more $3 beers than the designer masks he offered for $7. Almost no one is wearing them.

Just so this reporter knows, it’s hard to drink beer through a mask.

“As far as masks are concerned, they are paying little attention to that,” Sanchez said with a shrug. It’s just the way it is. What can you do?”

I suppose you could drink beer through a straw… except that straws have already been banned. Hi, I’m from California and I don’t want to go back! just like every other occupant of Florida. It says something when living in a literal swamp is preferable to a merely political one. Even the mosquitoes suck less.

On that note, my vacation wasn’t all Baby Boomers trying to be bad boys on rides that’ll look great going for 90% off in their estate sale. I did some quality snorkeling with a groupie, too! 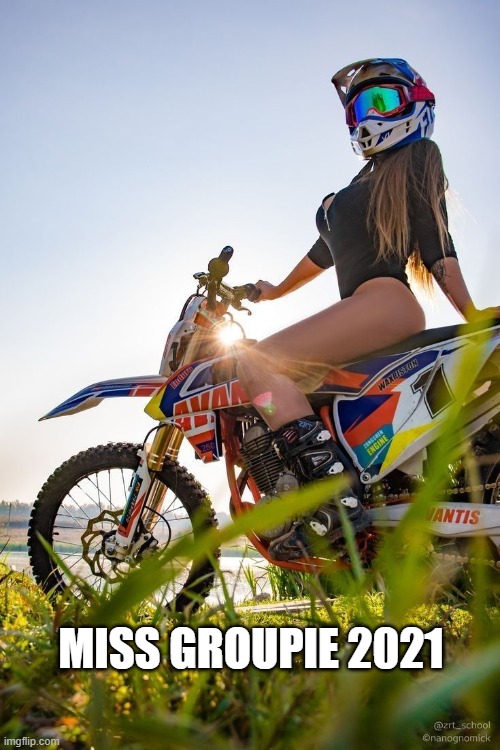 Who knew that running a blog about patriarchy was even better than being a rock star? Okay, fine, that’s blatantly not true. But yes, some of us are doing more than merely talking about meeting new people and building new communities.

Anyway, I did some quality snorkeling in Alexander Springs in the Ocala National Forest.

Only 27 first-magnitude springs exist in Florida, and Alexander Springs is by far one of the easiest to enjoy. A broad and naturally gently sloped spring pool is a constant 72°F and extraordinarily clear. Ripples play across the sand bottom as small fish dart about. Surrounded by a floodplain forest of maples, sweetgum and cabbage palms, this recreation area feels almost tropical.

A small wooden observation deck pokes out of the infamously thick Floridian underbrush.

…But I was not interested in solid ground today.

The difference between the last pic and this one is three feet. Underwater is an incredibly different world! Alexander Springs must be packed with tourists during the summer season. There were people here even during Bike Week.

The fish had no fear of humans despite the place being used to train toddlers how to swim. Water temperature was indeed low-70s and as a primarily Pacific Ocean diver, I cannot communicate how much like heaven that is. Suffice to say, my wetsuit is up to 9mm thick in places, semi-dry, with integrated hood and a special thermal liner. On this day, I wore a shirt only to prevent sunburn.

Nobody was more surprised at how clear the water was than my Floridian friend. This is reportedly not supposed to happen in the Bilge State.

Heading into the dark. What lurks beyond?

The lighting worked with the friendly fish and rafts of lily pads to create the impression of a surreal fantasy world. We approach the source of this artisanal spring…

Most of Alexander Springs was not deeper than five feet, ideal for snorkeling. But as you see here, as one approached the underwater cave-source, the cliffs appeared suddenly. This is looking back at the previous picture.

This fellow snorkeler gives a sense of scale. The spring water comes from underneath the rock outcropping in the lower right. The current was too strong (and deep) to proceed further.

Heading back to civilization….

It probably didn’t mean anything, but I surfaced to find a flock of buzzards circling over me. Excuse me, a wake of buzzards. Oddly appropriate, that.

Most parks like this have crows or pigeons. Not this one! It had buzzards. Maybe you shouldn’t teach your kid to swim here.

This small hawk found something to dine on. It was remarkable how simultaneously wild and tame the animal life was.

It was a great trip and just what I needed after a miserable winter of lockdowns, stay-at-home orders and morons cheating each other to be first in line for medical experimentation. As we go through this hard year beset by apostasy, heresy and mostly-peaceful protests, always remember that Creation itself testifies to the truth of our Creator. Go outside! Breathe free! Get dirty with a groupie!