Humanity is ready for the New World Order. All organized resistance has been crushed, the Dirt People happily wear slave masks made in the latest styles and Elon Musk reports good progress on the space habitats for noveau quadrillionaires. The next step is to Take Back the Internet! with, of course, a Great Reset. Because this is the World Economic Forum trying to talk shop:

A cyber-attack with COVID-like characteristics?

Is this a joke? “A cyber-attack with COVID-like characteristics”? Is that like… I don’t know… a computer virus? I know money never conferred brains on anybody but an ultrawealthy bankster this tech-illiterate must surely have trouble remembering how to breathe.

I fisk the full transcript. You aren’t missing anything in the visuals in case the link stops working.

The COVID-19 pandemic has shaken our economies and societies to the core, and shown us how vulnerable we are to biological threats.

No, the COVID-19 pandemic has a death rate of only 0.02%. It’s the GOVERNMENT COERCION IN RESPONSE that’s shaken us to our core.

Notice that the author’s first concern was for economies, not human welfare. That’ll be a trend.

In the digital world, similar risks are being overlooked right now. A cyberattack with COVID-like characteristics would spread faster and further than any biological virus.

Its reproductive rate would be around 10 times greater than what we’ve experienced with the coronavirus.

More like ten trillion times greater. Meh. My blog reproduces itself in hundreds of new machines every day without even trying.

Seriously, “computer viruses are around 10 times faster than human viruses” is a statement indicating that somebody very highly placed in the WEF has no idea how computers work, or perhaps is speaking to demons who witnessed the sixth day of Creation but not Charles Babbage playing with gears.

To give you an idea, one of the fastest worms in history, the 2003 slammer/Sapphire worm, doubles in size every 8.5 seconds, infecting over 75,000 devices in 10 minutes and almost 11 million devises in 24 hours.

The Sapphire Worm was the fastest computer worm in history. As it began spreading throughout the Internet, it doubled in size every 8.5 seconds. It infected more than 90 percent of vulnerable hosts within 10 minutes.

The worm (also called Slammer) began to infect hosts slightly before 05:30 UTC on Saturday, January 25. Sapphire exploited a buffer overflow vulnerability in computers on the Internet running Microsoft’s SQL Server or MSDE 2000 (Microsoft SQL Server Desktop Engine). This weakness in an underlying indexing service was discovered in July 2002; Microsoft released a patch for the vulnerability before it was announced. The worm infected at least 75,000 hosts, perhaps considerably more, and caused network outages and such unforeseen consequences as canceled airline flights, interference with elections, and ATM failures.

I’m no Unix guru myself but the worst worms seem to be the ones exploiting already-known security gaps. Just as the way to avoid Kung Flu is to wash your hands and get your daily Vitamin D, the way to avoid a cyber-plague is to keep your antivirus up to date.

And don’t stick your dick in crazy. I’m old enough to remember the “I Love You” virus. Let’s just say that it spread by email attachments.

Propagation speed was Sapphire’s novel feature: in the first minute, the infected population doubled in size every 8.5 (±1) seconds. The worm achieved its full scanning rate (over 55 million scans per second) after approximately three minutes, after which the rate of growth slowed down somewhat because significant portions of the network did not have enough bandwidth to allow it to operate unhindered. Most vulnerable machines were infected within 10-minutes of the worm’s release.

Also much like COVID, Sapphire hit hard at the beginning then quickly petered out. Much more for the interested at the link.

Fortunately–at least until now–cyber-attacks have not impacted our health the way pandemics have. But the economic damages and therefore the impact they have on our daily lives have been equal and sometimes even greater.

Again with the focus on the economy. Something that needs to be said about the Mark of the Beast now that it’s imminent: the reason wicked men will do it is because they cannot conceive of economic activity as being separate from human activity. They’ve worked rather hard to destroy the concept of family and friendship, after all.

We will survive the Mark the way we survived the Roman Empire, by caring for each other while the StateEmpire denies us our very humanity. 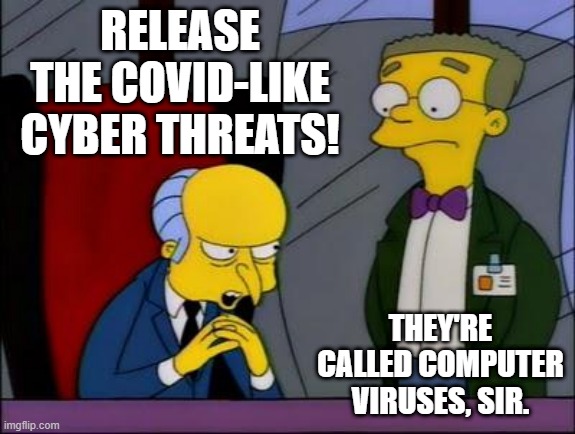 …are to purchase a commercially-available antivirus package or uninstall Microsoft Outlook.

My bad, that was wrong. Correction:

The only way to stop the exponential propagation of a COVID-like cyber threat is to fully disconnect the millions of vulnerable devices from one another and from the Internet.

All of this in a matter of days.

Um… you can disconnect most of them by pushing a button. And unless the device is intentionally gimped, it can function just fine while offline. Good thing we don’t have any Internet-enabled self-driving electric cars!

Seriously, learn to code. Your lack of education, experience, knowledge and non-vibrant staff is embarrassing you.

A single day without the Internet would cost our economies more than 50 billion US dollars, and that is before considering the economic and societal damages should these devices be linked to essential services, such as transports or healthcare.

A single day without the Internet would end the Chinavirus lockdowns forever. You aren’t thinking this through, anonymous moron, but I’m happy to call your bluff. You don’t have the guts to crash the Internet! 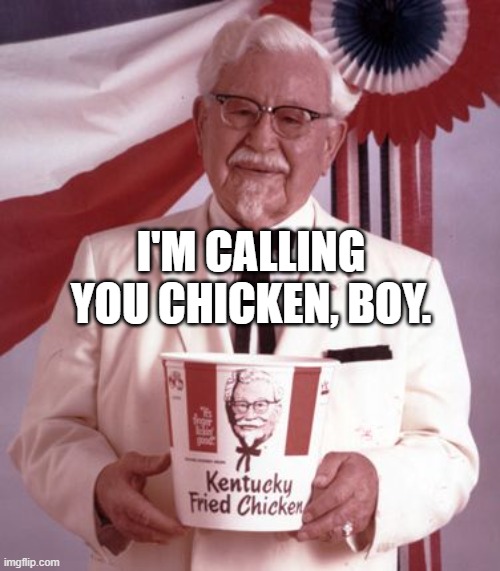 As the digital realm increasingly merges with our physical world, the ripple effects of cyber-attacks on our safety just keep on expanding and at a faster pace than what we are preparing for.

Stupidity of the magnitude demonstrated by this WEF infomercial explains why plutocrats hire people to chew their food: Idiocracy! All those recent “math is white supremacy” memes are SERIOUSLY coming into focus. 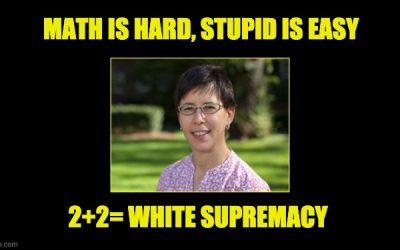 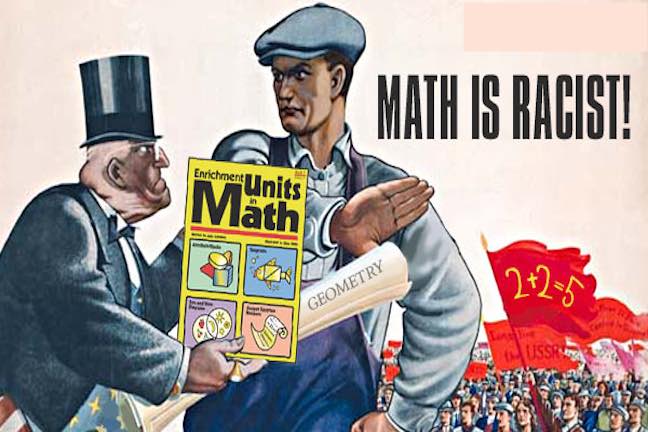 Uplifting those drooling savages was wasted effort. Looking at YOU, President Biden!

COVID-19 was known as an anticipated risk. So is the digital equivalent. Let’s be better prepared for that one. The time is now.

COVID was anticipated by Event 201. Now we get a white paper predicting a computer virus crashing the Internet. Why might the WEF want to do that? I don’t have an answer but here’s some food for thought.

Microsoft has teamed up with a number of tech and media companies to create a system of tracing content around the internet that could destroy online privacy and anonymity, radically transforming the nature of the web.

According to Microsoft’s press release, it has partnered with several other organizations to form the Coalition for Content Provenance and Authenticity (C2PA).

Put simply, the purpose of this organization is to devise a system whereby all content on the internet can be traced back to its author.

The press release states that it will develop these specifications for “common asset types and formats,” meaning videos, documents, audio, and images. Whether it’s a meme, an audio remix, or a written article, the goal is to ensure that when content reaches the internet, it will come attached with a set of signals allowing its provenance — meaning authorship — can be detected.

The combination of these forces creates the potential to track and de-anonymize information from the moment it is created on a computer. Signals could be attached to information to ensure it is censored and suppressed wherever it travels online. Even if someone else is sharing the information, it could be suppressed simply because of its point of origin. And, of course, the signals could be used to identify the creators of dissident content.

This is hardly the first effort to lockdown the entire Internet. Previous measures have failed, perhaps because most of them also partnered with the BBC, notably absent in this attempt. (Yes, yes, correlation implying causation… but the boot fits.)

It does paint a nightmare scenario, however. Crash the Internet and use the crash to convince the government to spend megabucks on malware-firmware upgrades that implement this kind of data tracking at the router/server level. That would be, dare we say, a very COVID-like move. (GunnerQ points at Pfizer demanding military bases from Latin American countries as collateral against quaccine lawsuits.)

Of course, if such an attempt is as tech-literate as this warning that was probably forced by God to give the world a heads-up then we’re worried about nothing. Regardless, if there IS a massive Internet powerdown then I might wait an extra week before logging into my blog, just to see if the wizards find any such hanky-pank. Just FYI.

3 thoughts on “What Do You Call A Cyber-Attack With COVID-like Characteristics?”