I try to avoid the Catholics’ problems. God know the Protestant world has enough to keep me in content. But this smoking gun that Pope Francis is not a Christian, indeed, is not even competent in Scripture, is too good to pass up.

ROME — Pope Francis has warned of the possibility of a second great flood, like that of Noah’s time, if humanity fails to address global warming.

There will never be a flood like the one Noah endured. We have not only God’s promise on that but a visible sign of it. In fact, this is why the Sodomites have coopted the rainbow as their symbol, to mock God promising to never punish the wicked. Revelation is hard to understand but even a casual reading indicates that God is way more imaginative in punishing the wicked than just drowning them. But if Sodomites were smart then they wouldn’t be Sodomite.

“God’s wrath is directed against injustice, against Satan,” the pope states in a book titled Of Vices and Virtues due for release Tuesday. “It is directed against evil, not that which derives from human weakness, but evil of Satanic inspiration: the corruption generated by Satan.”

God does not allow Satan to directly corrupt the world. Old Scratch is required to use human intermediaries, therefore it makes no sense to talk about “evil not derived from human weakness” (or wickedness, Pope Pachemama didn’t mention).

“God’s wrath is meant to bring justice, to ‘clean up,’” the pontiff declares in an advance excerpt of the book published by the Italian daily Corriere della Sera Sunday.

“The Bible says that the flood is the result of God’s wrath,” Francis continues. “It is a figure of God’s wrath, who according to the Bible has seen too many bad things and decides to obliterate humanity.”

No, the Bible says that the Flood *WAS* the *PUNISHMENT* motivated by God’s wrath. A one-time event, as quoted above. Humanity couldn’t drown the world if we tried because God said No.

“The biblical flood, according to experts, is a mythical tale,” the pope states, parenthetically adding his hope that no one writes that “the pope says the Bible is a myth.”

Because the pope is not an expert!

“But myth is a form of knowledge,” he says. “The flood is a historical tale, archaeologists say, because they found traces of a flood in their excavations.”

The Flood is historical and mythical. But is it true, Mister “Vicar of Christ”?

“A great flood, perhaps due to a rise in temperature and the melting of the glaciers, is what will happen now if we continue along the same path,” the pope warns.

That didn’t quite answer my question. So then, the wickedness of Noah’s generation was causing ‘climate change’ by driving SUVs and eating beef, and it could happen again even if God explicitly said it wouldn’t.

“God unleashed his wrath, but he saw a righteous one, took him and saved him,” he says. “The story of Noah demonstrates that God’s wrath is also salvific.”

The story of Noah demonstrates that if climate change flooded the world then God would save His people from it. Thus, believers have nothing to fear about global warming. (Unbelievers don’t either because it’s all a lie but no, they’d rather believe those experts.)

The pope’s new book recounts conversations between the pontiff and Father Marco Pozza, chaplain of the prison of Padua in the north of Italy. 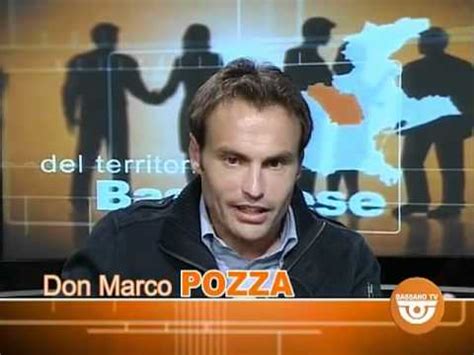 I found an unconfirmed online rumor that Pozza is also the patron saint of fallen Italian bicycling stars. He looks familiar, somehow.

Francis has made care for the environment and opposition to climate change a hallmark of his almost eight-year pontificate, taking to task world leaders who have shown too little resolve in their battle against global warming.

He said last year that it is “evident” that climate change is to blame for a number of humanity’s social ills, as well as disrupting the balance of nature.

“It is evident that climate change not only upsets the balance of nature, but causes poverty and hunger, affects the most vulnerable, and sometimes forces them to leave their land,” the pope told a group gathered in the Vatican.

Government causes more poverty, hunger and dispossession than anthropogenic climate variation ever could. Something to think about when you’re the head of the largest bureaucracy in the world with no respect for its founding documents. I know most Christians haven’t made it through Genesis chapter three but one would hope an EXPERT would at least have made it through chapter nine.

5 thoughts on “Smoking Gun: Pope Frankie Is Not A Christian”