Just in case any Cracker Christian Nationalist Neo-Zionist Trump Lover Terrorists missed the memo, the FBI has abandoned due process of law in favor of crowdsourcing its investigations on Twitter because amateurs do a better job. 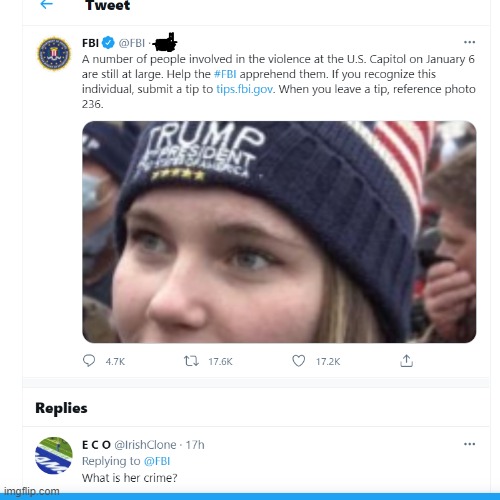 The Feebs didn’t say what her crime is but the hat says Trump. They’ve already arrested, last I checked, 200 people from 41 different States for the heinous crime of misdemeanor trespass in the Capitol Building after D.C. police opened the door for them.