So… Texas just froze over, if you know what I mean. Snow on the shores of Galveston. People starving and freezing to death. Do you know what would fix this? A climate lockdown, that’s what the experts say. 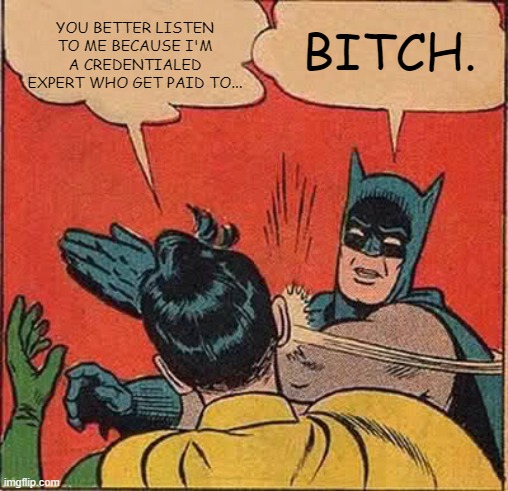 LONDON (Project Syndicate)—As COVID-19 spread earlier this year, governments introduced lockdowns in order to prevent a public-health emergency from spinning out of control. In the near future, the world may need to resort to lockdowns again—this time to tackle a climate emergency.

The lockdowns were never about medicine. They were always about control.

Shifting Arctic ice, raging [arsonist-fueled] wildfires in western U.S. states and elsewhere, and methane leaks in the North Sea are all warning signs that we are approaching a tipping point on climate change, when protecting the future of civilization will require dramatic interventions.

Under a “climate lockdown,” governments would limit private-vehicle use, ban consumption of red meat, and impose extreme energy-saving measures, while fossil-fuel companies would have to stop drilling. To avoid such a scenario, we must overhaul our economic structures and do capitalism differently.

I say again: if humanity is facing an existential crisis and our only hope for survival is total government control then YOU ARE BEING LIED TO. Don’t bother even to check the details. They don’t matter. There is no problem that can be solved by a totalitarian, centralized government.

COVID-19 is itself a consequence of environmental degradation: one recent study dubbed it “the disease of the Anthropocene.”

I thought it was a consequence of biowarfare experimentation on SARS by Fauci and his Chinese Communist allies. *checks* Yep.

I’m angry and depressed and it ain’t from Bat Chink Soup. It’s from watching Normal America quietly accept their rulers openly plotting their destruction. “The government needs total control of society and the power to remove undesirables and Christians who impede Progress. The Great Reset from capitalism to race-based Socialized wealth redistribution demands we confiscate your guns! Now then, humiliate yourselves by wearing a slave mask. Now a different style slave mask. Now wear two masks at once and dance for your new overlords, bwahaha! Umm, uhh, because Coof-Coof mutated last week.” 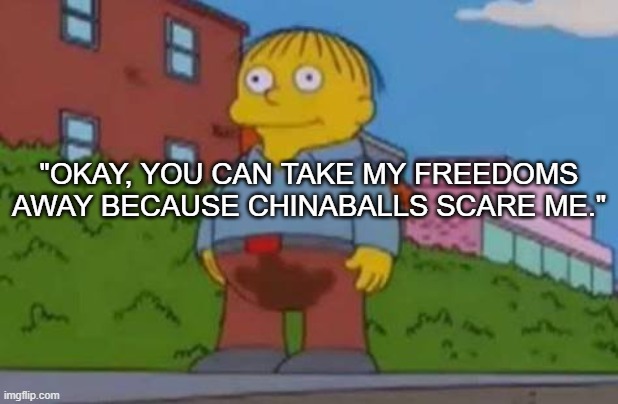 And it works. I cannot believe that it works. But it does. Reality feels fake to me. People do not normally behave like this. How can parents not love their children? How can the elderly demand the world die so they can endure a few more days of pain? Why do so few people care about the long-term consequences of social isolation?

These shortcomings reflect the distorted values underlying our priorities.

No shit, Sherlock. But not the way she meant it:

For example, we demand the most from “essential workers” (including nurses, supermarket workers, and delivery drivers) while paying them the least. Without fundamental change, climate change will worsen such problems.

Texas just re-discovered that white male linemen and pipefitters are a wee bit more essential than easily replaceable grocery cashiers huddling behind plexiglass barriers in air-conditioned facilities who, curiously, have NOT dropped like flies over the first year of Wuhan Flu. Since when does government get to decide who is essential, anyway? And frankly, 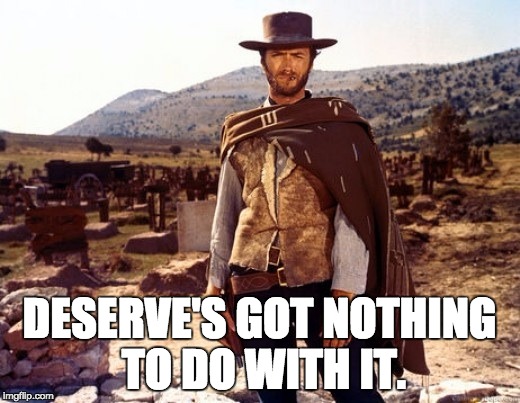 Anybody who disagrees, can quadruple my salary at their personal expense.

The climate crisis is also a public-health crisis.

No, the lockdown crisis is also a public-health crisis! Drug abuse is way up. Mental illness is way up. Joblessness and homelessness are way up. And governments are suing their own school districts to reopen in hopes that… …will reverse the dramatic increase in child suicides linked to loneliness, confinement and persistent states of fear. I have my doubts.

Global warming will cause drinking water to degrade and enable pollution-linked respiratory diseases to thrive. According to some projections, 3.5 billion people globally will live in unbearable heat by 2070. 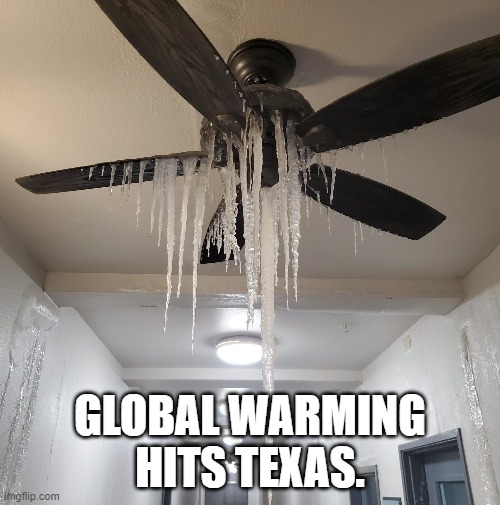 Addressing this triple crisis requires reorienting corporate governance, finance, policy, and energy systems toward a green economic transformation. To achieve this, three obstacles must be removed: business that is shareholder-driven instead of stakeholder-driven, finance that is used in inadequate and inappropriate ways, and government that is based on outdated economic thinking and faulty assumptions.

Mazzucato is a professor of “innovative economics”. I heard “professor of stealing wealth”. Or as Savior Jesus might say, “experts in greed”.

Corporate governance must now reflect stakeholders’ needs instead of shareholders’ whims. Building an inclusive, sustainable economy depends on productive cooperation among the public and private sectors and civil society. This means firms need to listen to trade unions and workers’ collectives, community groups, consumer advocates, and others. 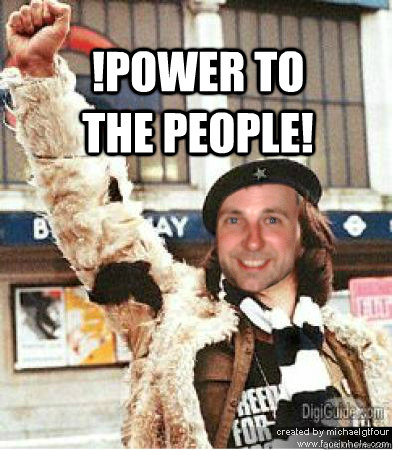 Likewise, government assistance to business must be less about subsidies, guarantees, and bailouts, and more about building partnerships. This means attaching strict conditions to any corporate bailouts to ensure that taxpayer money is put to productive use and generates long-term public value, not short-term private profits.

Far more is needed to achieve a green and sustainable recovery. For example, governments might use the tax code to discourage firms from using certain materials. They might also introduce job guarantees at company or national level so that human capital is not wasted or eroded. This would help the youngest and oldest workers, who have disproportionately suffered job losses owing to the pandemic, and reduce the likely economic shocks in disadvantaged regions already suffering industrial decline.

Finance needs fixing, too. During the 2008 global financial crisis, governments flooded markets with liquidity. But, because they did not direct it toward good investment opportunities, much of that funding ended up back in a financial sector unfit for the purpose.

er, Debt-based economic policies that put home ownership into the hands of disadvantaged non-white-men who didn’t understand money enough to recognize how adjustable-rate mortgages could bite them in the ass! Eh, let’s shorten it to ‘fascism’. It’s not true but truth’s got nothing to do with it.

The current crisis presents an opportunity to harness finance in productive ways to drive long-term growth.

But but but fifteen days to flatten the curve?

Some governments have already launched sustainable growth initiatives. New Zealand has developed a budget based on “well-being” metrics, rather than GDP, to align public spending with broader objectives, while Scotland has established the mission-oriented Scottish National Investment Bank.

Because markets will not lead a green revolution on their own, government policy must steer them in that direction.

This will require an entrepreneurial state that innovates, takes risks, and invests alongside the private sector. Policy makers should therefore redesign procurement contracts in order to move away from low-cost investments by incumbent suppliers, and create mechanisms that “crowd in” innovation from multiple actors to achieve public green goals.

Governments should also take a portfolio approach to innovation and investment. In the United Kingdom and the United States, wider industrial policy continues to support the information-technology revolution. 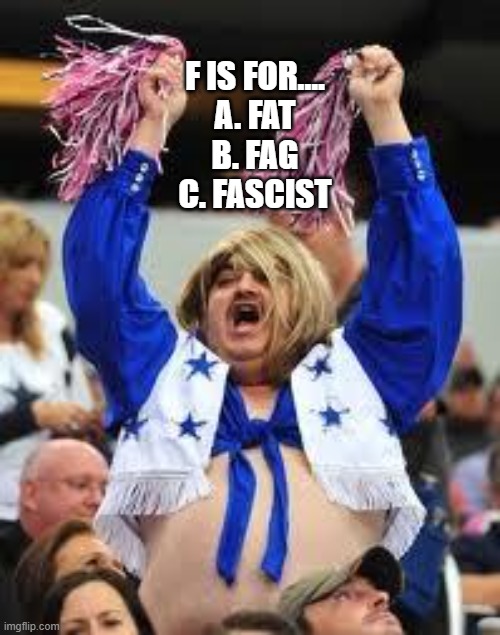 Finally, we need to reorient our energy system around renewable energy—the antidote to climate change and the key to making our economies energy-secure. We must therefore evict fossil-fuel interests and short-termism from business, finance, and politics. Financially powerful institutions such as banks and universities must divest from fossil-fuel companies. Until they do, a carbon-based economy will prevail. 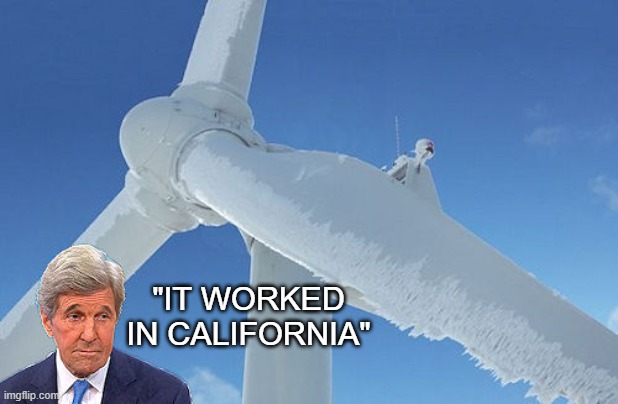 The window for launching a climate revolution—and achieving an inclusive recovery from COVID-19 in the process—is rapidly closing. We need to move quickly if we want to transform the future of work, transit, and energy use, and make the concept of a “green good life” a reality for generations to come. One way or the other, radical change is inevitable; our task is to ensure that we achieve the change we want—while we still have the choice.

This article was published with permission of Project Syndicate—Avoiding a Climate Lockdown.

“Under a ‘climate lockdown,’ governments would limit private-vehicle use, ban consumption of red meat, and impose extreme energy-saving measures, while fossil-fuel companies would have to stop drilling,” wrote Mariana Mazzucato, a University College London economics professor who is a member of the U.N. Committee on Development Policy. “To avoid such a scenario, we must overhaul our economic structures and do capitalism differently.”

If Texas continues to successfully thwart global warming then the survivors will be few. 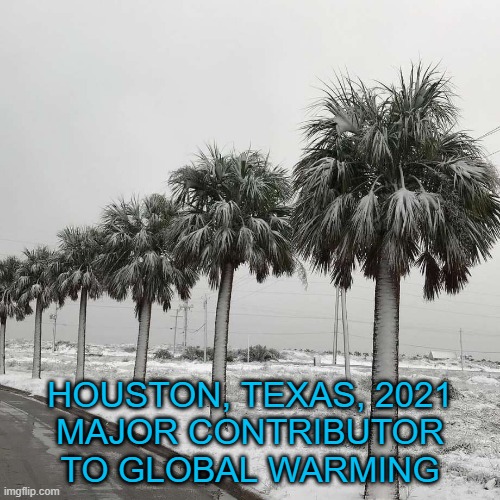