Like a manic acupuncturist, we’re going to hit ALL the spots today!

Why I Want to Do a PhD as a Woman Pastor: Becky Castle Miller 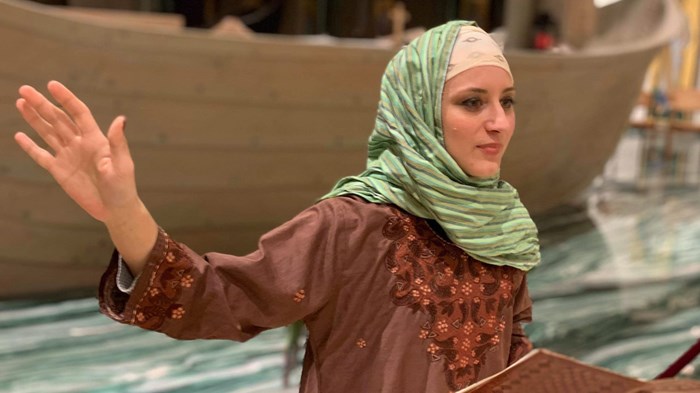 Wow, she has her head covered! But for a female pastor, that counts as hypocrisy.

Ten-years-ago me didn’t even want to get a master’s degree. Undergrad was enough. I was still trying to forget the sleep deprivation and homework load.

Then don’t get one. There are many other ways for a woman to make a living, some of which *wedding bells* are more fun than dissertations on dead languages.

Five-years-ago me started to realize she needed a master’s. A seminary degree would be necessary to pursue a calling to become a pastor…

And so it begins. She never knew Christ if she thought a human-issued credential would impress Him.

…and to gain the biblical studies skills to write books for the church. Two-years-ago me was nearing the end of that master’s—putting up with plenty of all-nighters for paper writing—and was starting to get an inkling that a PhD was an inevitability for both scholarship and ministry goals.

Use a degree mill, Becky. It saves you effort and Baby Boomers don’t care. Neither do feminists until you violate the Narrative. And you’ll have less to unlearn afterwards.

So here I am, still catching up on sleep lost to my thesis, studying Greek and German and GRE-prep books and looking at doctoral programs.

Because the congregation you’ll eventually lead will be Greek Christian refugees in Germany? Did they extend a formal job offer six years in advance?

I don’t want to be a professor or write academic monographs. I want to pastor people and serve the most vulnerable in the church. So why am I looking to sign up for six more years of school?

Because you failed as a wife and mother, and because society underwrites any feminist ambition it can find, you are behaving like a typical woman and are following the herd to a safe, validating, guaranteed destination of safety and validation. Let’s see if I’m right.

Before I started my master’s at Northern Seminary, I was trying to write a book about Jesus’s emotions. 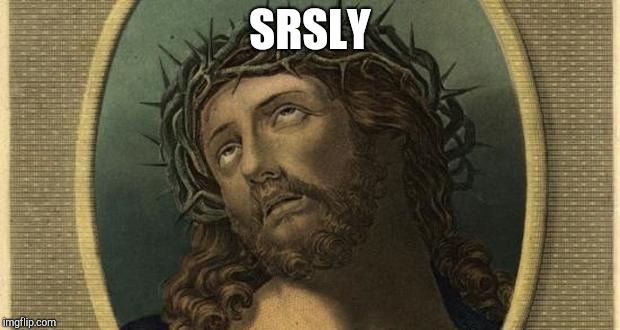 I devoured the Gospels, examining all of Jesus’s emotional expressions and trying to figure out how the church today had taken such an anti-emotional turn. I realized I did not know how to study the Bible at an academic level. I didn’t know how to evalutate sources or understand how one author fit into the broader swaths of interpretation history. I couldn’t understand the contexts the various books of the Bible were written into, much less understand how to apply them to my context today.

Studying at Northern taught me some of those skills. I learned which sources to use and how to use them. I wrote my thesis on Jesus’s emotions contrasted with teaching on emotion in the American church over the past 70 years. Now I’m finally able to write the book I set out to research five years ago.

There *is no* academic level to studying the Bible unless you’re retranslating it or digging up a ruin. Jesus didn’t speak to professional academics. He spoke to normal people in the common language… successfully.

The problem of Christianity is not that it’s hard to understand. It’s that most people don’t want to understand… people like YOU, you female pastor getting your second professional-level degree in “I forbid a woman to teach or to hold authority in the Church”.

It’s beyond silly, how hard people today try to NOT understand God. What part of “God made them male and female” got lost in translation? How is the existence of LGBT activism not obvious proof of an organized conspiracy against Christ in modern society? Because only a PhD can notice that? Dude, only a PhD can NOT notice that!

Most importantly, my time at Northern taught me how much I don’t know.

Rather than slaking my thirst for understanding, my degree left me craving more. I want to know more and deeper and learn in ways that I can’t accomplish by reading books on my own. I want an advisor to guide me.

She learned that she needs a dick. 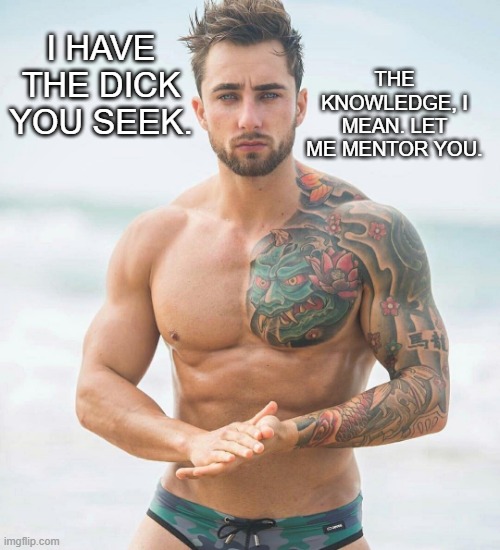 The MANT at Northern isn’t specifically a PhD prep degree, so it doesn’t have a strong biblical languages component. I took a few small group seminars with Scot to learn Greek basics. I progressed to the point of receiving this evaluation: “Well, Becky…at least you no longer read Greek like a Barbarian.” I have wanted to read the Bible in its original languages since I was a kid, so I am studying Greek now (and will do Hebrew next) so I am qualified to apply to programs. I want the academic rigor of doing original language study that a PhD offers, so that I can remove the middle-man of translation currently standing between me and the text.

Not gained: business skills such as “return on investment”.

Two woman scholars I respect, Dr. Cherith Fee Nordling and Dr. Alice Mathews, told me plainly that, as a woman, to be respected as a scholar, I need a doctorate. This applies to male academics as well, of course, but it applies to women in a different way. I’ve seen over and over that in the Christian world, more qualified women get passed over in favor of less qualified men.

AS COMMANDED BY GOD! This is a critical, “small thermal exhaust port” level of failure in Churchianity: that women should be allowed into male spaces only if they’re capable of performing as well as men. That is not what God taught us. Women do not belong in leadership because they’re women. No level of education or competence will change their DNA.

Women have to be excellent beyond question to get opportunities and respect. I don’t want the lack of a degree to keep me from doing what God has gifted me to do.

I score a win on “guaranteed path to safety”. Should we tell her that only credulous morons get a PhD in order to be respected? Real men get respect by accomplishment. And when we don’t get that respect, we wander off to quietly enjoy our accomplishments in obscurity.

Bringing wider knowledge into the church

The church does not have a good understanding of emotional and mental health.

Not if it cooperated with the “you can go without any human contact outside your immediate family for several years, also, Communion and singing hymns spreads disease” dictats of unelected Christ-hating bureaucrats.

I want to earn the further credentials to speak into that gap with validity. We can’t know everything necessary about the human condition from theology and biblical studies alone.

That is heresy, that Christ is not enough and foreign teachings must be added to the Bible. Becky Miller is a heretic.

Other disciplines that study humanity have valuable insight for church practice, and I want to help build those bridges of understanding.

Yeah, maybe Jesus wouldn’t have sweated blood if He’d been a longtime practitioner of Tantric Yoga. They know how to relax!

In the Netherlands, I co-taught a class for university students in various fields who wanted to study the Bible at a deeper level. Those were some of my most treasured teaching experiences. People like my DRx students who study biochemistry or public health or international law will probably not ever go to seminary, but they want to study the Bible at a seminary level of depth. I want to develop programs that bring deeper biblical studies to the church.

She got validation from pretending to be a Christian authority. Another win for me.

I’ve seen that in seminary, there can be a lack of pastoral care for the pastor-students. Some learn new ways of viewing the Bible that throw doubt on their previous beliefs, and they need people to process with. Others are going through traumatic experiences in their home churches—especially women—and they need people outside their church contexts to care for them. Others are hurt in the classroom by professors or fellow students who haven’t learned to speak pastorally about issues like racial justice and sexual abuse. I want to help seminaries care for the mental and emotional well being of their students. 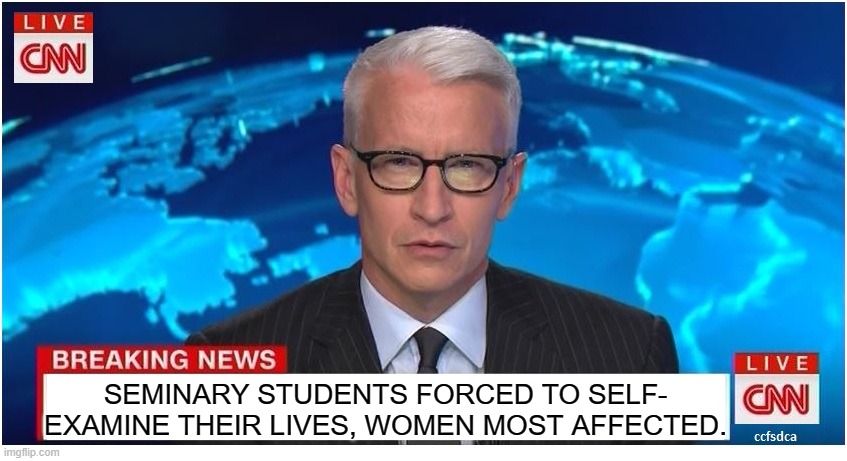 How can I make money doing what I love?

Full time tenure track jobs in academia are rare and getting rarer. Pastors make small salaries in most regions of the US (and women make less than their male counterparts, if they can even get a job at a church in their denomination). Writers often have to have day jobs because books don’t usually pay the bills. So for the pastor-scholar, what is the point of getting an expensive degree that probably won’t pay for itself?

I don’t know the full answer to that question.

Especially for women with children, higher education can seem financially unattainable. I paid more for childcare during my master’s than I did for tuition…

She is a failure as a wife and mother. Trifecta for me!

…and I’ve spoken to other women, and some men, who face the same challenge.

I am looking primarily at funded programs.

I can’t take on more student loan debt while I am still paying off my last degree. I have a financially privileged position because my husband has a good job, so our family can afford for me to not work for a few years.

That was your family you screwed over with your useless degrees! How can you demand a mentor when you already have a husband? I weep for the poor fool who thought you’d be a better wife if he let you learn Greek at University.

I am pursuing a PhD because it is an important part of my calling. I want a deep knowledge of the Bible and better grasp of theology so that I can be taken seriously as a scholar and have the creditials to improve the health of the church. Ultimately, I’m realizing I simply want to do it. I feel like I can’t NOT do it. I’ve been told that I will need that sense of drive to sustain me through the next set of sleepless nights.

Typos make it hard to take you seriously, Doctor Becky. You might need a second PhD in Latin to compensate. Your husband can afford it if he loves you. /sarc