All the mainstream and second-tier news websites are tripping over themselves to report live-and-breathless on the Most Important Impeachment Trial Of the Century Unless Trump Survives In Which Case There’ll Be Another One. But credit to Breitbart, they did the unthinkable and checked if their readers cared. 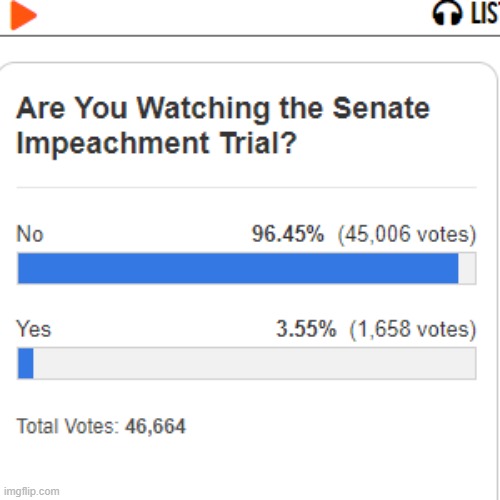 And rightly so. Not only has the entire journalism profession morphed into outrage culture, but the underlying reason for outrage culture in the first place is that We the People have become nonparticipants in our own society. What can any of us possibly do about the Trump trial? Nothing. Whether Trump survives and has a political future is not for us to determine, and neither Left nor Right (nor even Trump, as Trumpeteers have belatedly realized) are concerned with America’s survival as a self-ruled nation.

If we aren’t participants then we can only be spectators. The lesson of Election Theft 2020 is that we are not participants. Hence outrage culture to keep us involved at least as spectators. Outrage culture at least promises us entertainment. Unfortunately, the entertainment sucks as bad as Disney Star Whores. Watching the Democrats scream at the Cheeto Man inhabiting their shared consciousness instead of the real Cheeto Man rolling his eyes in Mar-A-Lago is not an entertaining spectacle.

In fact, sitting US Senators have begun to realize they are no longer participants in the spectacle of D.C. politics.

Report: ‘At Least a Dozen’ Republican Senators Walked Out of Impeachment Trial

At least a dozen Republican Senators reportedly walked out of the Senate impeachment trial on Thursday, after lead House impeachment manager Rep. Jamie Raskin (D-MD) tried to argue that years of Trump rallies were incitement to violence.

I daresay that Raskin’s lies did not entertain them. Nobody is or should be amused by pathological liars and traitors now controlling the American Empire in a vacuum of accountability. “BREAKING: President Biden launches preemptive nuclear strike on South Dakota for continuing work on Keystone pipeline infrastructure” might soon become a real headline.

I close with a quick bio of Jamie Raskin. 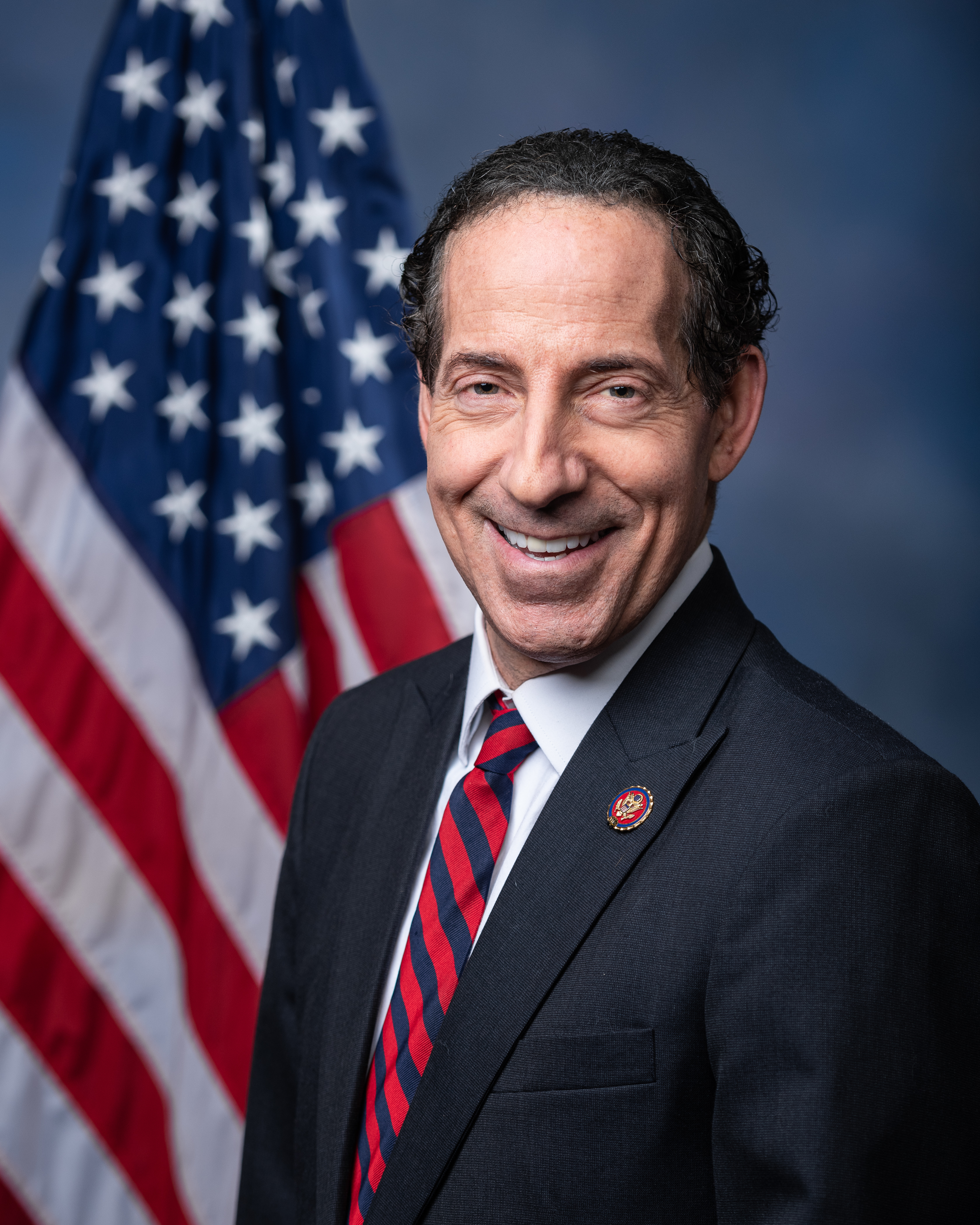 A Russian Jew educated by both the Jesuits (Georgetown) and Jews (Harvard Law). Per wikipedia,

“As his first action in Congress, Raskin and several other members of House of Representatives objected to certifying the election of Donald Trump as president because of Russian interference in the election and voter suppression efforts. Vice President Joe Biden ruled the objection out of order because it had to be sponsored by at least one member of each chamber, and it had no Senate sponsor. In late June 2017, Raskin was the chief sponsor of legislation to establish a congressional “oversight” commission with the authority to declare a President “incapacitated” and removed from office under the 25th Amendment to the United States Constitution.”

I missed that Deep State effort to bell the cat. Anyway, nobody cares about the D.C. circus because it’s the Jesuits, Jews, Yankees, Chinese and Saudis bickering with each other for control of the American Empire. Whichever faction wins, we lose.

Why would we care to watch that fight? The teams don’t even wear uniforms, at least, not when the cameras are on.