Wired Magazine tried and failed to grok how the lockdowns are affecting the Christian Church, mainly because they can’t tell the difference between a Christian and a Nigerian prince. Let’s help them out!

She’s not black, a little surprising, but she is a well-raised San Francisco feminist.

FOR CLAY SCROGGINS, preaching on Zoom was never part of the plan. As lead pastor at Buckhead Church in Atlanta, he was accustomed to services in a 3,000-seat auditorium, with live music and a jumbotron for people in the back. But God’s plan is often mysterious, so when the city of Atlanta forced him to shut the church’s doors last spring, Scroggins faithfully moved his ministry online. “Ultimately, we were really informed by Jesus’ calling for us to love our neighbors,” he says, “and the most loving thing we could do was to continue to meet virtually.”

No. He wasn’t forced to close. The government told him to close his church because Jesus spreads disease, and he quietly closed it. No need even for threats. Scripture explicitly teaches “don’t give up the habit of meeting together” (Heb. 10:25) but that’s apparently an old teaching that was never intended to be followed after the first century AD. God just forgot to mention that, you see.

And continue to meet virtually they have. Sunday sermons are broadcast live and posted to the church’s YouTube channel for congregants to watch anytime. Bible study and small group meetings have moved to Zoom. Buckhead has even managed to replicate spontaneous church lobby “bump-ins” with video chat breakout rooms for some events. Donations, which provide all of the church’s operating income, remain the same, they just come via a digital collection plate. At Buckhead Church, virtual worship is going so well that some parts of it might be here for good. But not every congregation has been so blessed.

Why do we have full-time clergy? Serious question. Do we have them to be available for emergencies, to visit us in the hospitals and prisons and be at our sides for weddings and funerals? Then they aren’t doing their jobs anymore.

Fact; your pastor no longer deserves his salary. It is also written, “if a man does not work then he shall not eat”. (2 Thess. 3:10) Pastor Scroggins should be replaced with a local IT nerd.

For places of worship, Covid-19 has upended traditions and emptied sacred spaces.

The first wave of government persecution. Second wave was banning our singing praises to God. Now they’re just shitting on us with those 2.3-masks mandates.

About 45 percent of Americans attend religious services regularly, most of them in Christian churches, like Buckhead Church. Or they did, until last spring. Then shutdowns and stay-at-home orders sent congregations scrambling to move their services online, similar to schools and workplaces. Some, like Buckhead, found themselves well prepared, with the resources and technical savvy to keep attendance and alms steady throughout the year. Other churches found themselves in trouble, struggling to reach worshippers virtually while facing budget cuts, layoffs, and the threat of bankruptcy or even permanent closure.

If your choices are “disobey the government” or “permanent closure” then you should always opt to disobey. What are they going to do… close you permanently?

Nearly one year into the pandemic, its effects on religious life, like other aspects of American society, appears unevenly distributed, with large, successful churches continuing to do well and struggling churches falling further behind.

This was already a trend. With clergy becoming mouthpieces for bureaucratic humanist directives instead of human beings setting good examples and being personally involved in the lives of congregants, there was little reason to favor local talent over Megapastor Plastic Smile.

Now that the organized Church has voluntarily reduced itself to a selection of YouBoob channels, why not pick a popular one with good production values? 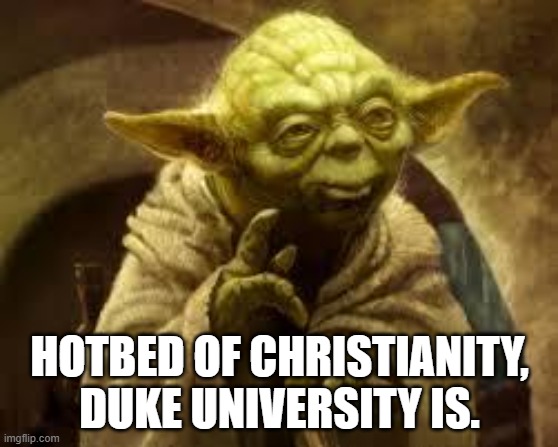 …and director of the National Congregation Study, which has surveyed religious groups in the US since 1998. Churches with less of a digital presence tend to be located in rural areas. Their congregations are more likely to be older, lower-income, and Black.

Which is it, “old” or “low-income”? Some old people are poor but demographically, those are opposite ends of the wealth axis. And why are we bringing race into this? Christianity doesn’t care much about race. As in “neutral about racist attitudes”, not “die whitey die”.

Those demographic groups are also less likely to have access to broadband, and they have been disproportionately affected by the pandemic, both in health and economic outcomes. Those realities have factored into church outcomes too. A survey from LifeWay Research…

Oh, that’s why they’re bringing race into this. Because LifeWay is affiliated with the Converged leadership of the Southern Baptists, who are replacing Biblical doctrine with Jesuit-sourced critical race theory.

Continuing with the main article,

…which focuses on Christian ministries, found that white pastors were the most likely to report offerings that were higher than expected in the past year. Black pastors, by contrast, were most likely to report that the pandemic economy was impacting their churches “very negatively.” Churches often run on tight margins, and those impacts can have long-term effects: LifeWay Research found that a small percentage of churches have had to cut down on outreach, suspend Sunday School or small group programs, or lay off staff members. Black pastors were more likely to say they cut staff pay or deleted a church position.

Survey taker: “Do you feel that peanut butter sandwiches have been unfairly oppressing you in recent years?”

Blacktivist pastor: “Thet brown sheet on white boy Wonder Bread, Hell yeah! My ancestors were worked to death on slave plantations to pick the cotton used in making those sandwiches!”

Survey taker: “And was it White Christian Men who did this to you, or do you not want free reparations money?”

Chaves says that churches that have been slow to adopt technology usually have fewer resources, so they’re more reluctant to spend on things like a livestreaming setup. But the resistance can also be cultural. “Sometimes there’s a tension with institutions that are based on tradition,” says Walle Mafolasire, founder and CEO at Givelify, a digital tithing startup. “It’s like, what do you mean, ‘tap, tap, give,’ when it’s right there in the Bible that you should bring your gifts to the altar?” The pandemic, he adds, has changed the equation: “Well, right now, I’m on Zoom. Zoom is my altar.” Whew! I was fearing Jewish but Nigerian seems more likely. (Unable to confirm exact nationality.) That’s Walle on the left and co-founder Tayo Ademuyiwa. Here’s another reason why this article is talking race in the context of religion. Excuse me, “pointless faith tradition”.

Per h ttps://www.givelify.com/about/, 18 of 69 employees/officers are white men. 26%. I looked to see if Givelify was affiliated with Lifeway but found nothing.

[Another digital tithing service,] Pushpay says churches have seen as much as $500,000 in new giving a year after signing up for the service. “This means that half a million dollars was sitting there latent, but people started giving because they can now do it from their phone,” says Troy Pollock, Pushpay’s chief ambassador. The company sees its payments platform as an entry-level product that can introduce churches to its other technological solutions.

This article has much to say on how China Flu-locked down churches are collecting their rents. Very little about content or religious practices, some of which… example, the all-important practice of Communion… have ceased entirely. A conspiracy theorist might point out that now that churches have voluntarily become dependent upon payment processors, said processors could use their position to gatekeep.

Mafolasire, the founder of Givelify, calls this the “Amazon-like way of experiencing faith.”

People might still be practicing with their local parish, but they’re also looking around more at other churches, and in many cases giving money to them too. In the past year, about 20 percent of Givelify’s donors have given money to multiple faith-based organizations. To Mafolasire, this suggests that churches that get ahead will be the ones that can magnify their online presence, drawing in new people from the internet. Givelify’s data from this year backs that up too. “For those churches who saw their giving increase,” says Mafolasire, “it was coming from their ability to reach a wider audience.”

They are completely mistaken. The churches that sell out to Mammon and its grifter-operators will die as soon as they exhaust their utility as skin suits. The churches that remember they exist for the benefit of congregants will survive, no matter how small they are. It’s simple math. A church that abandons its reason for existing, and has no power to take wealth by force, will run out of wealth.

Chaves, who runs the National Congregation Study, says it’s too soon to know whether this year will have a lasting impact on worship practices, and what that impact would be. “Church attendance has been declining slowly for decades,” he says. “Will we see a shift if online participation stays ubiquitous? Or will it mean that more people are participating?” Some early research suggests that churchgoers are eager to get back to in-person services and worshipping together with their community. While smaller congregations, like First Baptist Church Reeltown, are unlikely to continue broadcasting their sermons on Facebook Live, other churches may find value in a hybrid model, where some people come into Sunday services and others watch from their computers.

The lockdowns will have a lasting impact in the form of Churches being targeted by State-sponsored terrorism and persecution. No government official has any intention of ever allowing life to return to middle-class, Christian, independent-white-American normal.

At Buckhead Church, the Sunday services will continue to be online until the congregation can LEGALLY reunite en masse.

Fixed it for you. But there’s no persecution of Christ, nope, that can’t ever happen in America.

Pastor Scroggins doesn’t love preaching over Zoom, but it reminds him of a Bible verse—2 John, 1:12. “I have much to write to you, but I do not want to use paper and ink. Instead, I hope to visit you and talk with you face to face, so that our joy may be complete.” For Scroggins, it captures the essence of pandemic preaching. “I think what John is saying is that the most complete form of communication is face to face,” he says. “But that’s not always possible.”

Apostle John: “I’d rather visit you and talk in person.”

Pastor Scroggins: “I’d rather not, and Apostle John approves of my refusal.”

Which one is doing the work of God, I wonder?

2 thoughts on “The Digital Division Of Christianity”