When reading between the lines, one must be careful not to go too far, especially in a near-absence of information. That’s not to say that going too far can’t be a lot of fun. This cyberbully-related murder story contains the barest minimum of information and yet, the Red Pill makes it nearly connect-the-dots.

Just the headline gives the story away.

A Texas dad was fatally shot when he went to confront the parents of a teen who had been cyberbullying his daughter, his family said.

Brandon Curtis, 35, of Houston had hoped to put an end to the harassing messages that a boy had been sending his 15-year-old daughter for nine months, news station KTRK reported.

How to end this kind of situation, in order of “how much do you love your daughter”:

1. Take her off social media entirely.

2. Teach her to ignore the punk. Ignoring such people is a valuable life skill.

3. Notify the authorities who have lots of fresh new laws about boys who tease girls.

4. Screen all her incoming social media so she doesn’t see the dirt that upsets her.

5. Blame the punk’s father for the punk’s behavior. Not that the blame is entirely undeserved, but it’s pure Original Sin to try to control another man’s son because you won’t control your own daughter.

When he left from here, my husband went to go resolve the issue. He wanted to go speak to the parent,” Curtis’ wife, Shantal Harris, told the news station.

Aaaand it got resolved, now didn’t it? Taking the confrontation from social media to meatspace was the exact opposite of limiting the engagement to words.

Curtis had spoken to the boy’s father before, but he went over with his daughter and son to address the issue again Friday evening at the home in the Humble area.

“Talking didn’t work so I’m gonna pay him a visit to… talk.”

While outside the residence, the confrontation escalated to violence, KTRK reported.

He claimed he then pulled out a gun to defend the teen boy and shot Curtis, who was pronounced dead at the scene, the outlet reported.

Yep, the context of this is the ghetto. Humble, TX is 1/3 black per online sources.

But Curtis’ family strongly denies that he would have become physical with the boy.

“My brother would never put a hand on a child,” Curtis’ sister, Jeran Perkins, told the news station. “We want justice.”

Translation, Curtis was going to put a hand on the father. Which would somehow stop the vibrant yoof from cyberbullying.

Curtis’ wife also denied that he would have become violent.

“I know my husband. My husband is not like that,” she said, adding, “For them to claim self-defense, it’s sickening.”

No charges have been filed against the shooter.

I’ll guess that Curtis is a fat Bucky-Beta type. Fat because he didn’t show impulse control and Beta because a masculine man would either have his women under better control or at least, not play when they start let’s-you-and-him-fight. 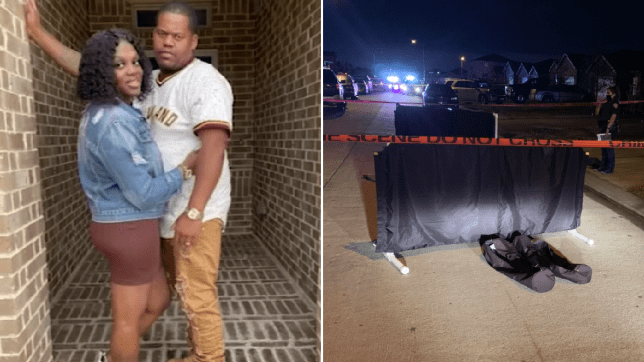 He’s not too fat, I guess, but when he was succeeded by his wife, sister and daughter then I’ll claim victory on the Beta part.

The case will be referred to a grand jury when the investigation is complete, the Laredo Morning Times reported.

Honestly, what’s there to investigate? He went looking for trouble by himself, a trouble that wouldn’t have existed if he’d done any of several options to end the cyberbullying on his snowflake’s end. I don’t know what he tried for nine months but it’s an easy guess that he didn’t take her social media away.