It’s farcical just how Jewish the new Executive Branch is… 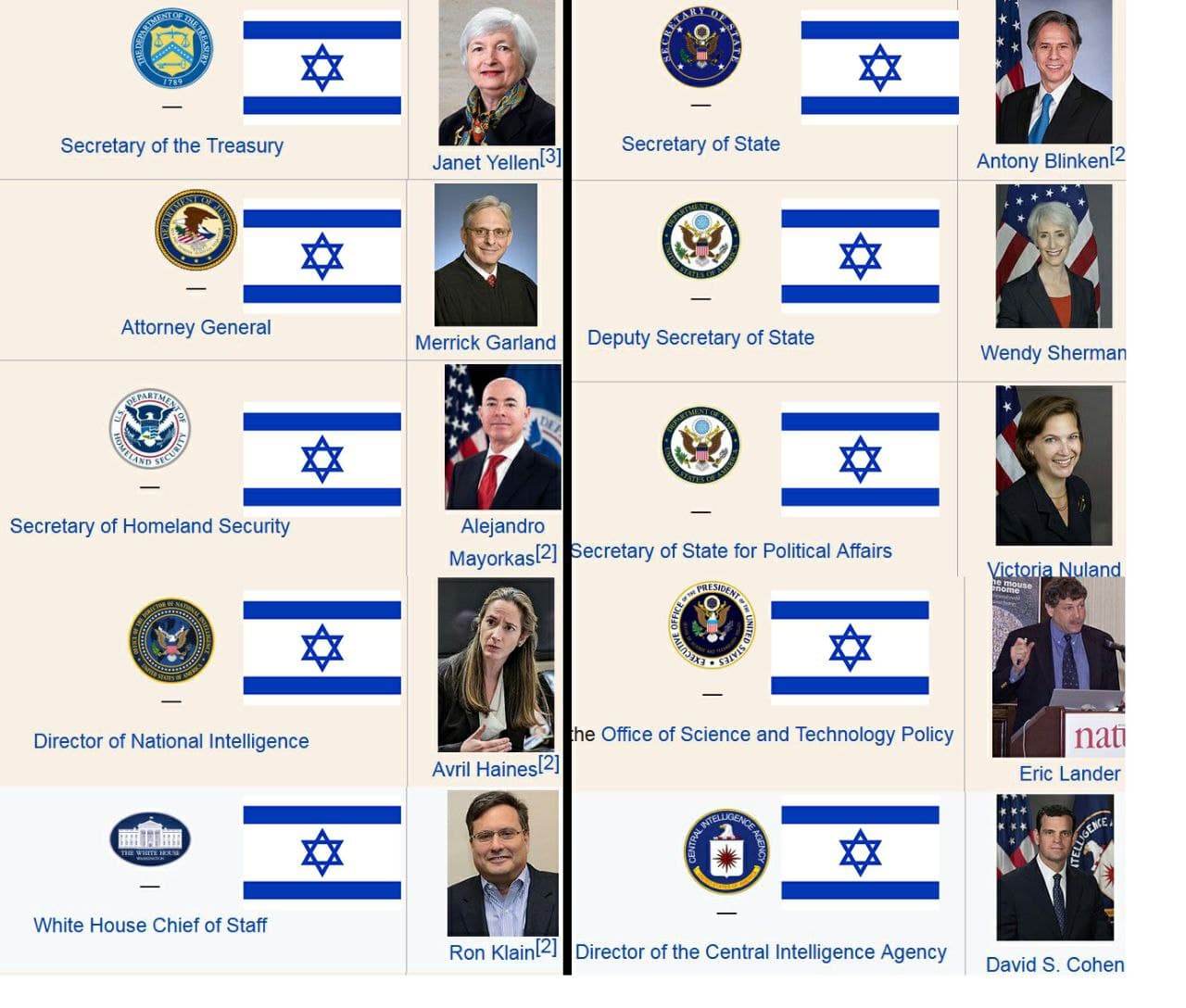 ROADS ARE NOT FOR CARS.

In South Bend, Pete Buttigieg challenged a decades-old assumption that streets are for cars above all else

For years, South Bend drivers held in their heads a magic number: Get their car to hit that speed and you could whip through downtown without seeing a red light.

Okay. Sounds like traffic is flowing smoothly. A refreshing change from Los Angeles.

When Pete Buttigieg took office as mayor of the Indiana city in 2012, he changed that. He pitched a $25 million plan to convert downtown’s wide, one-way roads into two-way streets with bike lanes and sidewalks. He hoped making it safer to get out on foot would encourage more people to spend time and money in the area.

Yet another effort to demobilize the population. It’s hard to count all the ways that this could go wrong, from “I bet $25M of YOUR money that’s you’ll like what I do to your city without your permission” to “white people need to use more mass transit and enjoy the cultural enrichment of sitting next to the noggers we taught to hate their guts”.

To Greg Matz — who pegged that magic number precisely at 32½ mph — it looked like a waste of money.

“It seemed like an inconvenience,” said Matz, 46. “That was exactly the point, to slow down traffic, which in my initial view was a bad thing.”

Buttigieg pressed ahead. He secured the support of the city council to borrow money for the project. He held off primary and general election challengers who campaigned against it during his 2015 reelection bid. Soon after, South Bend’s roads were torn up for construction and Buttigieg cut the ribbon in 2017.

“Downtown was a ghost town. You wouldn’t go there after dark,” said Matz, who went on to volunteer for Buttigieg’s presidential campaign. “The results speak for themselves. It’s more than just the number of businesses, it’s the feeling of it not being dead anymore.”

In the coming days, the Senate is expected to confirm Buttigieg as secretary of transportation. He will bring experience taking on the car-centric street designs that have dominated the American landscape, but which many urban leaders are striving to undo in the face of rising pedestrian fatalities…

…and a reckoning with transportation policies that bored highways through neighborhoods home to Black residents.

Yes. Cars are one of the best crime prevention devices of all time, a lockable metal shell that goes everywhere you do. Protecting you from vibrancy. Theft. Mobs. Brownish turds sloshing down the sidewalk.

Blacks wuz victims because their wealthiest targets were high-speed hardened targets escaping to the suburbs every evening.

The 15-year-old movement for so-called “complete streets” seeks to balance the needs of pedestrians and cyclists with those of drivers. But wherever political leaders try to make changes, they face entrenched opposition from some drivers who see the projects as needlessly making traffic worse.

Experts say the pushback shouldn’t be surprising when generations of drivers expect to have their needs catered to and cities have evolved to become difficult to navigate without a car.

“We have approached local transportation the same way we approach highway transportation, with the goal of moving as many cars as quickly as possible,” said Corinne Kisner, director of the National Association of City Transportation Officials. Complete streets “represents a shift in thinking and thinking about design as more contextual and less cookie-cutter.”

Context she missed: the Indiana winter for bicyclists.

Henry Davis Jr., a Democratic member of the city council and the lone “no” on a key vote to advance the smart streets project, remains steadfast in opposition, saying if anything, it has held back the city’s economy and snarled traffic. Installing bike lanes in a city with South Bend’s harsh winter climate makes little sense, he said.

I can speak to the nice-climate California perspective. A major road near my home got the “smart street” treatment, with double bike lanes added down the center median. Years later, STILL no bicyclists are using those dedicated bike lanes including yours truly. There’s an alley that runs parallel to that street, you see, and if I use the alley then I 1. can skip half a dozen red lights going to the grocery and 2. am not traveling through the middle of busy intersections hoping that left-turning drivers know I’m in their blind spots.

Epic, expensive eyesore of a FAIL.

“Taxpayers are paying a heavy price financially to underwrite the costs for this idea,” said Davis, who unsuccessfully challenged Buttigieg in the 2015 mayoral primary. “We will be paying that cost for several years now because a bond was floated.”

Deficit spending on an elective priority. Fortunately, Buttigieg just KNEW this would be a great idea so going into debt couldn’t possibly backfire!

In December [2020], the first new downtown office building in decades opened, following renovations and conversions of distressed properties into apartments.

The major caveat to the progress is the coronavirus pandemic. South Bend, like other cities, has seen people stay away from restaurants while downtown office workers are staying home as the virus spreads.

Uh-oh, indeed. No new revenue to pay back this heavy-handed social engineering project, probably ever since the NEW new Socialist priority is working from home. Who could have known?

But downtown business leaders say the benefits have been dramatic.

Restaurateur Mark McDonnell said he had long identified the way drivers would speed through downtown as something holding the area back.

“My livelihood is up or down as downtown is,” said McDonnell, who catered Buttigieg’s [homosexual] wedding rehearsal dinner. “If downtown is thriving then I’m thriving.”

Thank you, WaPo, for doing the legwork confirming that the people who think Petey did a great job are Petey’s boot-licking allies.

Buttigieg was succeeded as mayor by James Mueller, a schoolmate and his former chief of staff. Mueller — magic number 33 mph — said he has tried to build on the smart streets program. The city council earlier this month approved a citywide elimination of rules requiring developers to include a minimum number of off-street parking spaces in their projects.

Thus proving that the goal of ‘smart streets’ is getting rid of cars, not revitalizing downtown.

Buttigieg, whose struggle to win Black support hobbled his presidential run, said he also invested in neighborhoods. He said pursuing projects equitably will be one of the foundations of his approach at the Transportation Department.

You weren’t a Jew, Buttplug. Like the Negro Republican that runs every four years, you were the designated “vision of the future” candidate that people support initially as a show of solidarity and Goodthink but when things got serious, they put you away to focus on realpolitik.

Measuring the success of the program has been tricky. Mueller’s office shared a list of economic development projects downtown valued at more than $275 million, but it’s hard to know how many of them might have happened without the street redesign. When it comes to traffic, the mayor’s office could only say that, anecdotally, the average drive through the area is three minutes longer than before.

It is fitting that a fudge-packing mayor’s legacy is backed-up congestion.