Now that the Globalists have total control of the American government… even over the parts that they haven’t even infiltrated yet, as demonstrated by the Kung Flu lockdowns… they’re advancing their agenda. It’s no longer Trump who laid siege to D.C. with a massively armed, violent militia for an entire afternoon before getting bored and going home… it was Christ Jesus. 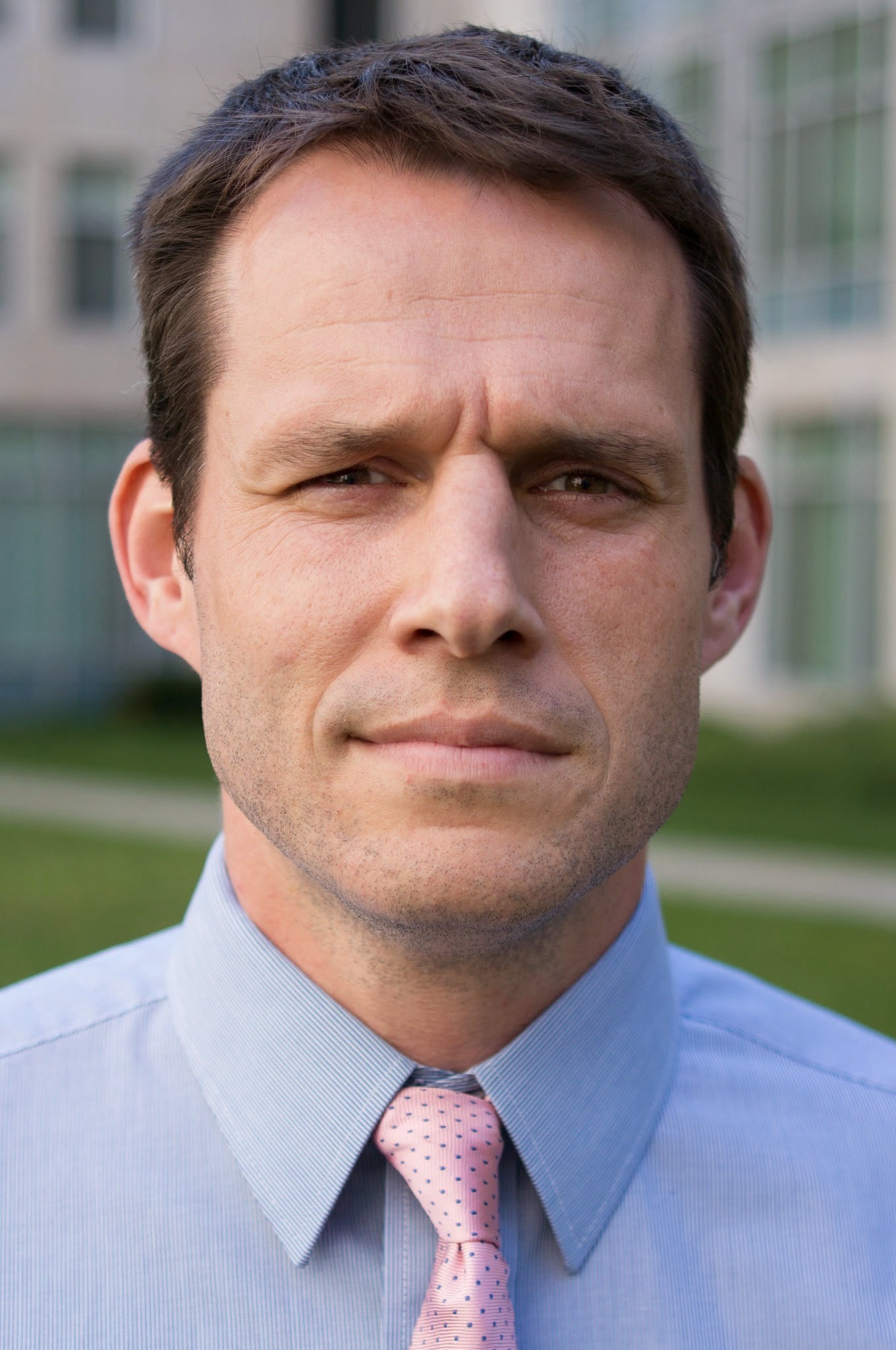 Samuel L. Perry is an associate professor of Sociology at the University of Oklahoma. He is also core faculty in the Religious Studies Department and affiliated faculty in the Women’s and Gender Studies Department. He received his PhD in sociology from the University of Chicago in 2015. He also holds a Masters of Theology degree in New Testament Studies from Dallas Theological Seminary, where he graduated at the top of his class in 2008.

Baylor has fallen from Grace completely, to allow male feminists like this inside.

And now, our feature presentation:

The Capitol siege recalls past acts of Christian nationalist violence

Christian imagery loomed large on Jan. 6 as the “Stop the Steal” rally morphed into a mob siege. A group of Trump supporters prayed around a large wooden cross, and others carried “Jesus saves” signs and yelled “shout if you love Jesus” as they occupied the Capitol building.

No, it didn’t loom large. American flags, some Confederate flags, a couple Back the Blue flags. But I could be easily mistaken, since I’m not the one tasked with rewiring history to suit the present. Facebook is.

Facebook to ban and remove photos and videos from Capitol protest; content labeled as ‘promotion of criminal activity’

Facebook, Twitter, and YouTube deleted videos from President Trump addressing the Capitol chaos, where he instructed his supporters to “go home,” and declared that “we have to have peace.” He also continued to press the narrative that the election was stolen from him.

Twitter released a statement on Wednesday that read, “In regard to the ongoing situation in Washington, D.C., we are working proactively to protect the health of the public conversation occurring on the service and will take action on any content that violates the Twitter rules.”

Guy Rosen, Facebook’s vice president of integrity, said the company deleted Trump’s video over the risk that it would increase the risk of violence.

“This is an emergency situation and we are taking appropriate emergency measures, including removing President Trump’s video,” Rosen wrote on Twitter. “We removed it because on balance we believe it contributes to rather than diminishes the risk of ongoing violence.” – READ MORE

The real reason they memory-holed the actual records of what happened is so the Narrative could be rewritten at will. First it was Trump not accepting defeat, then it was a paramilitary insurrection that accomplished nothing, then it was both assassination and kidnapping…

The revelation came in a motion prosecutors filed late Thursday in the case against Jacob Chansley, the Arizona man who took part in the insurrection while sporting face paint, no shirt and a furry hat with horns.

Sounds like a football fan. Nobody dresses up for the cameras while intending to kidnap and murder heads of state. At a minimum, assassins change out of their pajamas first. 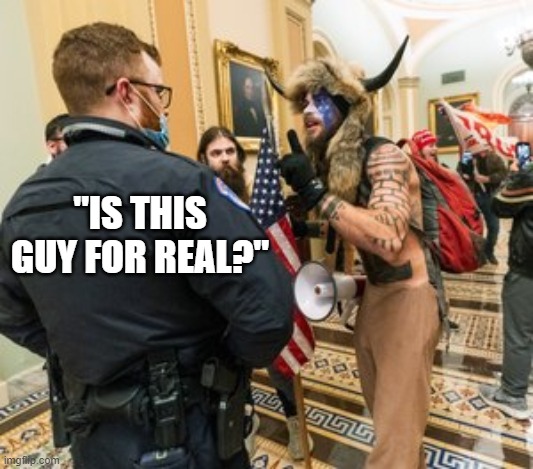 The details, tucked into the court papers, shed new light on the seriousness of the Capitol riot. They suggest that investigators believe there was a much more organized effort afoot, despite claims from rioters that it was a spontaneous outburst of anger over the election and President Donald Trump’s loss. Trump had been repeating baseless claims of election fraud for weeks.

Repeating baseless claims is not a stone that Democrats get to throw. The only thing more disgusting than watching them rewrite the history of StopTheSteal in realtime was watching them Steal the Election in realtime.

Prosecutors say that after Chansley climbed up to the dais where Vice President Mike Pence had been presiding moments earlier, Chansley wrote a threatening note to Pence that said: “It’s only a matter of time, justice is coming.”

They call that evidence?

“Strong evidence, including Chansley’s own words and actions at the Capitol, supports that the intent of the Capitol rioters was to capture and assassinate elected officials in the United States Government,” prosecutors wrote in their memo urging the judge to keep Chansley behind bars.

…Which bring us to the newest Narrative iteration, that Christ Jesus had ordered his followers to storm the Capitol and assassinate government officials.

Meanwhile the Christian flag – the red, white and blue emblem designed by a New York City Sunday school teacher in 1887 to unite and symbolize Christians worldwide – was one of the flags carried through the Capitol.

A quick check on wikipedia says the idea was first proposed in *1897*, but the flag he’s probably referring to: 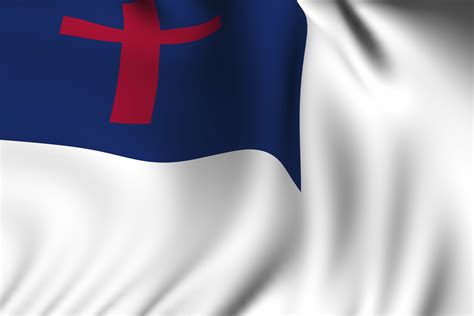 …was not officially adopted until 1942. When we were at global war against the fascists, hmm. Some things never change.

This blending of Christian imagery with Trump flags put Christian nationalism, the often militarized fusing of Christianity and American identity, on display during one of America’s darkest days.

As someone who has written about white nationalism during the Trump presidency, I find this somewhat unsurprising.

As scholars of religion Andrew Whitehead and Samuel L. Perry argue in their book “Taking Back America for God,” Christian nationalism is predominant in Trump support.

Hey, lookit that. This author is citing himself to support his argument.

Perry and Whitehead describe the movement as “as ethnic and political as it is religious,” noting that it takes in assumptions of white supremacy.

It ceased to exist a couple generations ago. Heck, just last year the churches rolled over and died for no reason than the health inspector asking nicely.

Violence perpetrated by Christian nationalists has manifested in two primary ways in recent decades. The first is through their involvement in militia groups; the second is seen in attacks on abortion providers.

NOT seen in attacks on abortion providers, he means. The rare examples only highlight how much of a trend it isn’t. And speaking of rare examples establishing a trend:

The catalyst for the growth of militia activity among contemporary Christian nationalists stems from two events: the 1992 Ruby Ridge standoff and the 1993 siege at Waco.

Weaver ascribed to the Christian Identity movement, which emphasizes adherence to Old Testament laws and white supremacy. Christian Identity members believe in the application of the death penalty for adultery and LBGTQ relationships in accordance with their reading of some biblical passages.

During the standoff, Weaver’s wife and teenage son were shot and killed before he surrendered to federal authorities.

In the Waco siege a year later, cult leader David Koresh and his followers entered a standoff with federal law enforcement at the group’s Texas compound, once again concerning weapons charges. After a 51-day standoff, federal law enforcement laid siege to the compound. A fire took hold at the compound in disputed circumstances leading to the deaths of 76 people, including Koresh.

Those murderous Jesus freaks! For the Capitol mob to have “recalled” the Waco moment of ‘insurrection’, the Feebs would have had to murder at least 75 more men, women and infants than they actually did.

FWIW, Baylor U. is in Waco, Texas.

Distrust of the government blended with strains of Christian fundamentalism, bringing together two groups with formerly disparate goals.

As scholar of religion Ann Burlein argues, “Both the Christian right and right-wing white supremacist groups aspire to overcome a culture they perceive as hostile to the white middle class, families, and heterosexuality.”

I presume he means Ann M. Burlein of Hostra University. 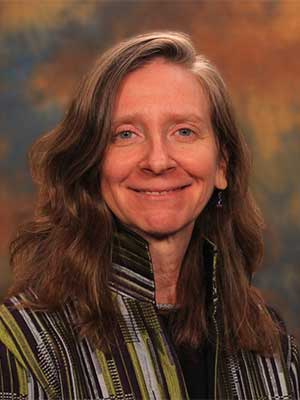 She’s a professor of religion, gender and sexuality. One of the classes she teaches, RELI030 for undergrads, is “Paganism and Magic“. Another class, RELI088 is “Alternative Medicine and Religion”… she’s never been to med school… Ayurveda medicine per the course description.

A literal witch. I’m shocked, SHOCKED that she would perceive Christians as hostile!

Never mind that that is true.

The programming for Salem and its print outlets, like Regnery Publishing, feature political and religious commentary that blends Christian and American identities in a way that appeals to nationalism. While they may not dip into the extremism of the militia movements, they often use conflict-driven language.

Sounds like Salem and Regnery are being targeted for the next round of Convergence. “Salem media is Christian nationalist! They haven’t said or done anything but they’re really big and a lot of deplorables listen to them!”

Personalities like conservative radio host and author Eric Metaxas use Christian bona fides to legitimize the political commentary on their programs. In a phone call with President Trump broadcast on his radio show, Metaxas told his listeners that claiming there was not enough evidence to prove the 2020 election was stolen was akin to saying there was not enough evidence to believe in Jesus.

True, in fact, unlike the Crucifixion we still have living eyewitnesses to the Steal. Many of whom have agreed to testify before judges who suddenly decided that the truth wasn’t important enough to delay Trump’s exit.

It sounds funny when the Left’s main complaint about our remaining institutions is that they’re big and meaty.

While blending politics and religion is not necessarily a recipe for Christian nationalism, it does contribute to conflating Christian identity with American identity.

The dangers of blending nationalism and Christianity were on display at the Capitol on Jan. 6. Christian groups intermingled with white supremacists. When the demonstration outside the Capitol escalated into a siege…

IF IT DOESN’T LAST UNTIL DINNERTIME THEN IT’S NOT A SIEGE!

Especially recalling the 20th Century, which saw more Christians martyred for the faith than the previous nineteen combined. My turn is coming and frankly, if Normie’s wits are too dull to resist baldfaced lies like these then death shall be no great sorrow.

2 thoughts on “Jesus Stormed the Capitol”