The suddenness and depth of the Trump Purge has been incredible to behold. To do what little good I can, freshman WVa Representative Derrick Evans is getting railroaded and I want to give him a shout-out of support.

I wouldn’t have been impressed at first blush. That looks like a nu-male facial expression and he doesn’t show the skin (dis)coloration of an outdoorsman.

Derrick is a Pro Trump conservative who will always stand up, speak out, and Fight For Christian Values.

Zzz. Politicians always claim that. I hope one day to watch Siick Willie Clinton try to convince Jesus that Monica Lewinsky is what Jesus would have done, too.

Our Christian Values are under attack all across this country and across this state. It’s time for us to be bold, stand up, and speak out on these issues. I do NOT support transgender bathrooms, dragqueen story hours, or forcing Christian business owners to do things that go against their religion. I will always stand up, speak out, and Fight For Christian Values!

Legit! “I’m a Christian” doesn’t mean much these days but “no perverts allowed” is a step up.

He was endorsed by West Virginia’s Coal Association. It’s a good sign when a politician wants other people to have electricity and indoor plumbing, too.

A newly elected West Virginia GOP lawmaker live-streamed himself on Facebook storming the US Capitol, shouting: ‘We’re in baby!’

w00t! A politician rubbing shoulders with his constituents! No ivory tower here! Bonus for the naughty double entendre.

A West Virginia Republican lawmaker live-streamed a Facebook video of himself and other rioters storming the US Capitol Wednesday.

It was a formally organized protest with POTUS’ personal blessing. That is not a riot.

Derrick Evans, a newly elected member of West Virginia’s house of delegates, later deleted the video from his page, but evidence of it remains online through screenshots and screen-recordings.

The Internet never forgets. Better to put it back up than appear guilty.

In a five-minute clip of the video posted on Reddit, Evans chanted “Trump! Trump! Trump!” as the crowd forced open the doors to the Capitol. He flipped the camera round to show himself wearing a black motorcycle helmet.

“Keep it moving baby,” Evans said, who complained he couldn’t see out of his right eye because of pepper spray.

Right there, Evans gets my respect. How many of America’s lead-duhs have ever needed protective equipment, let alone taken a hit and kept going? I can even respect a Pantifa politician if he’s actually put himself in harm’s way. Alas, in Woke-town that job is reserved for useful idiots.

Once the doors opened, the pro-Trump mob pushed past police officers and Evans can be heard cheering: “We’re in! We’re in! Derrick Evans is in the Capitol!”

Evans was not in the lead per other accounts.

The video showed Evans walking around the halls of the Capitol shouting “We’re in baby!” and “Freedom!”

Four people died in the siege – one shot by police, three from medical emergencies.

And yet, they called it violent. Unlike 2020 with its “mostly peaceful protests”.

Towards the end of the video, Evans warned other rioters not to destroy the property. “No destruction of anything. No vandalizing property. This is artefact,” he said.

It would have been awesome if StopTheSteal had 1. burned the Capitol building to the ground and 2. carefully preserved all the heritage artwork while doing so. Alas, we only got #2.

Thank you for the thoughtfulness, Evans.

The clip finishes with Evans chanting “”Our house!” and then “I don’t know where we’re going, but I’m following the crowd.”

Hours after he posted and deleted the video, Evans posted on his Facebook page that he was on a bus headed back to West Virginia. He claimed that he went to the Capitol as an “independent member of the media to film history.”

“I want to assure you all that I did not have any negative interactions with law enforcement nor did I participate in any destruction that may have occurred,” Evans said. “I was simply there as an independent member of the media to film history.” 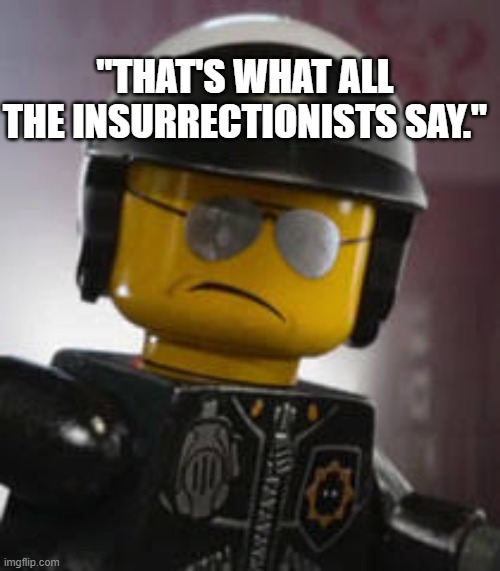 Evans’s live-streaming kicked off at 7 a.m. on Wednesday, showing himself and other Trump supporters gathering by the Washington Monument before making their way to the Capitol.

“Live in D.C., baby!” Evans said in the video. “Three hours before Trump speaks this place is crazy already … It’s unreal, guys. I can’t even explain it … I can tell you right now… The patriots are fired up, man.”

In a Facebook post on Tuesday, Evans wrote “I can’t wait for tomorrow” with the hashtag #StoptheSteal.

The following day, he posted a photo of Trump supporters on a bus headed to Washington with the caption “Two bus loads of Patriots from WV, KY, and Ohio are loaded up and heading to DC.”

Roger Hanshaw, the Speaker of the West Virginia House of Delegates, told WV Metro News that “participating in a violent intentional disruption of one of our nation’s most fundamental political institutions is a crime that should be prosecuted to the fullest extent of the law.”

I agree. That cop who shot an unarmed non-black was rayciss!

He said he hasn’t spoken to Evans about the incident and that he doesn’t know how Evans was specifically involved, apart from what was posted on social media.

In Current Year, the evidence comes AFTER the accusation.

“He will need to answer to his constituents and colleagues regarding his involvement in what has occurred today,” Hanshaw said.

Hanshaw. So punchable! I’m ready to place my bet in this upcoming fight: Evans, first round, TKO.

Never give up, Derrick! Never surrender! You ain’t alone!