My perspectives on TEOTWAWKI/SHTF/prepping movements are very dissident because of my assumption that urban life is a good thing. The usual prepper advice is “move into the middle of nowhere because your neighbor can’t betray you if you have no neighbors” or “join a like-minded community of fellow believers, which doesn’t exist and into which the Federal Government couldn’t possibly dump a shipment of Somalis.” Neither advice will work for anybody wanting to, at some point, enjoy a comfortable life rather than paranoia in a concrete bunker.

Let’s keep things simple, shall we.

We are facing the end of the Republic. It is easily argued that it already expired, the point being that now we face a deep state coup, massive election fraud, huge corruption, an attempted Marxist takeover, and foreign control from China.

Democrats are traitors to the Republic. Republicans are not much better. The rule of law is dead: nothing that Trump has attempted to do has been done. He is surrounded by the deep state. The three letter agencies (of which so many of you are so afraid) have sold out to the dark side. They are part of the deep state.

Many of you are sold on the PSYOP that there is a plan in place. You may follow QAnon. “Trust the plan.” There is no plan. The attorneys who have attempted to fight the election fraud in court are fools. Why? Because they are working in an old system, where they had success with big lawsuits in court, and cannot get their heads around the massive corruption of the rule of law and the court system. They are working in an old system that no longer has merit. The supreme court is not doing its job. The Lawyers will not save you; you have to save yourself.

I would like to be wrong, and I would be happy to be so. But I don’t think so. Unless Trump pulls a plan out of his ass, Biden is getting sworn in on the 20th of January. The reprieve we had during the four years of the Trump Presidency will be over.

Trump still might do the insurrection thing but it wouldn’t save America. I finally have him pegged. He’s the kind of man that is incredibly skilled at working an existing institution to his personal advantage (his real estate empire in notoriously corrupt Jew York City) but for that exact reason, cannot comprehend “the system is the problem and must be ended”. Trump cannot think outside the box of the status quo because his life experience has been how to take advantage of that box.

Thus, I think the rumor of Trump’s plan being VP Pence counting the “correct” electors’ votes is much more credible than the rumor of “God-Emperor Trump the Primus will make all things new so we don’t have to”. It’s his style and his worldview.

Most of America is sleeping. They expect that we will get over this. They expect a ‘return to normal.’ That is not going to happen. In 2021, it will all be over. The Republic will be finally dead. They hate you, and will be after you. That means your livelihood, your family, even your very lives. It always happens with a socialist administration. Even when you tell yourself that “it can’t happen here.” America is the prize, and it will happen here more than anywhere else.

Thus we face huge normalcy bias and denial. And this is the key, what I want to talk about here today.

America is not sleeping. The problem is simple: AMERICA HAS NO GOD. I’ve been banging my head against this my entire adult life. Our society worships evolution now. The only moral compass is Fifty Shades Of Gender. Even those who claim salvation in Christ, are in truth usually claiming wellness in Church. Look at all the churches who STILL mindlessly obey the government lockdowns even after singing was banned as a “health measure”.

Thus, any insurrection, revolt or Civil War 2 would only substitute one atheist enterprise for another. I’m not going to risk my life for that. I’ll preach Christ instead. Heck, I’ll probably end up a street preacher wearing a sandwich board. 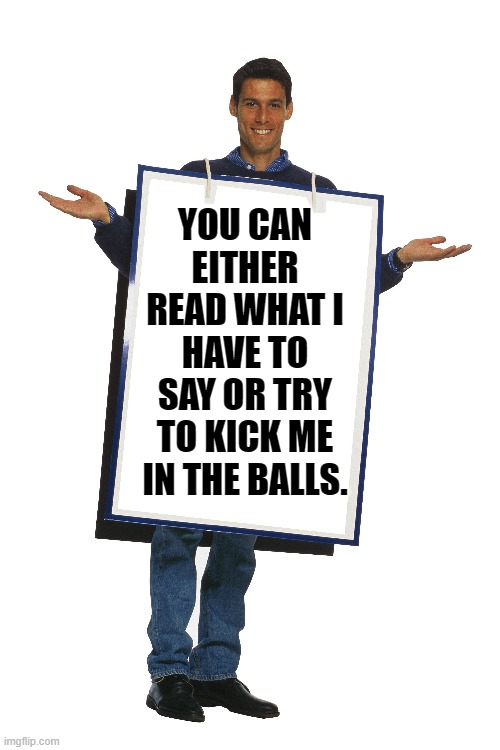 I wrote a recent article called “Trust in Combat.” What I didn’t do was give you the answer to the problem. I will do so today, however much you don’t want to hear it.

The Trust in Combat article focused on the problems with forming groups, and training, and all the inherent issues about ego that will destroy a group, which is formed before the actual need for that group. Thus, we form groups now which are aimed at surviving hard times, but are operating now in easy times. Thus, ego will play and when it comes time, when you are actually in combat and the rounds are flying, it is likely to all fall down.

And that is the issue. We are either facing war, or perhaps we are not facing war at all, given the somnolence of the American population. We would tell ourselves that at some point, they must wake up. But will they? Or will they go to the camps like the citizens of the USSR? Will they tell themselves that “it will be resolved in the courts.” I really don’t know. I don’t have a crystal ball. I have no idea how this will play out.

His Trust In Combat article is simply that men don’t go to war unless they trust each other. I think when it comes to the current situation, however, he’s leaving off another major motivation in potential militia recruits: what IS victory? Ethno-nationalism? American Empire Two? Union breakup? Christian theocracy? King Trump? Get Off My Lawn? It is hard to fight when your foxhole ally imagines a future incompatible with yours.

I will tell you that there is no point waiting until the Marxist coup is consolidated, and strongly in place. Unless Trump is able to pull something out of the bag (a PSYOP story that will keep many of you hesitating) then what needs to happen is that We The People stand up. But we know that We The People will not do this. The ‘conservatives’ are either corrupt, or as seen with many of the ‘MAGA’ voters, are too focused on picking up litter and being polite, despite the assaults from Antifa. There comes a time to forget about the litter, and be rude as fuck. We are facing a civilizational assault on Liberty and the United States Constitution. And all we really care about is picking up litter, being polite, and trying to get by.

Such behavior is actually Biblical; it’s the advice God gave the Church of Thyatira in Revelation. “Hold on to what you have.” Good advice as far as it goes. God wants us to be more concerned about the things we can affect than the things we can’t.

There is absolutely no point in keeping arms, for resisting tyranny, if you have absolutely no intention of using them. All these quotes about blades of grass and the American Riflemen make me laugh; weapons will be banned and everyone will hand them in, because they were conditioned and told to do so (see how many are wearing masks?) Except, of course, for those who won’t; the problem being that they will be small groups and individuals.

Correct, so that means armed resistance is out of the question. There will be no Civil War 2. A thousand men with rifles is an army. What is one man with a rifle? A… criminal.

And that’s where I’m going with this fisking.

So, however we get there, we will be at war. Whether the left comes for us, and however we resist, whether it be in small or large groups, we will be at war. This means that hardly anyone is trained, or physically fit enough; we will end up in combat as a total shit show. It’s going to be a total disaster and a lot of people will unnecessarily die. But that is just the way it is, because hardly anyone has the foresight to get fit, prepared and trained before such an event. We will be suddenly involved in some sort of Bosnian civil war scenario with absolutely no preparation and no forming of trusted, reliable, teams in advance.

He proceeds from here into the training videos and classes that his company offers. The damage is already done, however. His personal efforts notwithstanding, yes, we will end up in combat as a total shit show. That is a bad plan.

We need a different plan. If we don’t have the social trust to fight a conventional war then we need a plan that has low social trust as a feature, not a bug.

How does this happen in civilian groups, either formed now or formed after hostilities begin? The leader must be able to rely on his team. He must be able to assume discipline and adherence to orders. When he expects someone to move, they must move. There must be a system of some form of oath, and some form of UCMJ. If people fail to do as ordered in combat, or are willfully disobedient, then they will face effective discipline.

And we know that this is not an acceptable plan for all of you “you are not the boss of me” types. ‘Rugged Individualists” (LOL), who will die as such.

Well, I’m one of those Rugged Individualists. Option 1: Give up my freedom and submit to a literal warlord who, I hope for no particular reason, will care more about me than his political future.

Option 2: Go my own way. Be a dissident. In the context of a Socialist government, however, “dissident” means “criminal”.

So… a life of crime?

I’d rather earn my food. I’d rather be a participant in civilization. I’d rather not look at my neighbor with envy. I still fear Father God. But if I’m not allowed to leave and I’m not allowed to survive and my neighbor is a mystery-meat welfare parasite and the concept of innocence itself is declared unlawful, what then? Bend over and take it in the shorts like a pastor, waiter, theatre owner, innkeeper, bartender, bail bondsman, retailer, gym operator, power plant operator, or manufacturer? I am cursed with the ability to recognize a trend when I see one.

I’ll be breaking the law when I go to my parents’ home to celebrate Christmas even though it’s what I peacefully did for the last forty years. This year, it’s okay because the police chiefs have promised to not enforce that cruel law. But what about next year? I don’t see any police chiefs punishing any governors so it’s not me the taxpayer that they’re taking orders from.

I am MGTOW. I am… Outlaw? What would that look like in Current Year? And what would God think about it?

If out-law looks like intact families and food with friends and hymns of praise to Christ AND SIMPLE SMILES AND HANDSHAKES then sign me up!