I envy the devil. His servants get results! Los Angeles’ new District Attorney, proudly and openly funded by Soros, had a very busy first day in office. 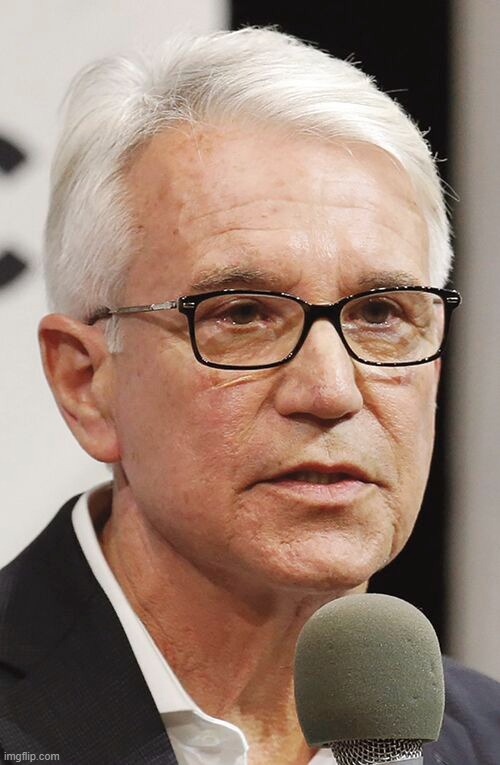 One day on the job and he throws out the old books to bring in the new. Can you imagine a Republican trying to be that effective?

Please, PLEASE don’t offend any Democrats. I want to get reelected in a few years! Oh, right, I promised criminal justice reform to all that white trailer trash. Please fold this memo into an origami swan so I can claim that re-form has already been done. Now then, it’s business as usual and could you please be a little more corrupt and treacherous than me? It helps me pose as the lesser evil during elections. If you need me then I’ll be out campaigning for reelection.

Despite the immense social costs, studies show that prosecution of the offenses driving the bulk of misdemeanor cases have minimal, or even negative, long-term impacts on public safety.

On the Republicuck side of the ledger, they’re usually better liars than this Gascon guy. America’s hardline Socialists tend to get lazy from lack of opposition.

The misdemeanor charges specified below shall be declined or dismissed before arraignment and without conditions unless “exceptions” or “factors for consideration” exist.

Right here is a firing offense. Gascon announced up front on Day One that he’s not going to prosecute crimes, WHICH IS THE PURPOSE OF THE OFFICE HE HOLDS. Re-prioritizing would be one thing but these are blanket refusals.

a. Exceptions or Factors For Consideration
i. Repeat trespass offenses on the same public or private property over the
preceding 24 months
ii. Verifiable, imminent safety risk
iii. No indicia of substance use disorder and/or mental illness, or homelessness

Private property just ended. The homeless are free to squat on your lawn.

a. Exceptions or Factors For Consideration
i. Repeat offenses over the preceding 24 months involving substantially
similar behavior to that charged
ii. No indicia of substance use disorder and/or mental illness

These crimes won’t be prosecuted unless there’s NO evidence of drug use or crazy! Unbelievable!

These charges do not constitute an exhaustive list. Each deputy district attorney is encouraged to exercise his or her discretion in identifying a charge falling within the spirit of this policy directive and proceed in accordance with its mandate.

One notices that the clock resets every two years. No criminal history is permitted.

a. Exceptions or Factors For Consideration
i. Offense related to domestic violence or hate crime
ii. Repeat threat offenses over the preceding 24 months
iii. Documented history of threats towards victim
iv. Possession of a weapon capable of causing bodily injury or death during
commission of offense
v. No indicia of substance use disorder and/or mental illness

If a paranoid schizophrenic threatens to murder you, he won’t be charged unless you’re a Special Person Of Color. Prosecution of husbands will proceed normally.

Minor in Possession of Alcohol – Business & Professions § 25662(a)
b. Exceptions or Factors For Consideration
i. None identified

Under the Influence of Controlled Substance – Health & Safety Code § 11550
a. Exceptions or Factors For Consideration
i. None identified

He legalized public intoxication. The Jews really, really want us to get hooked on the good stuff.

Public Intoxication – Penal Code § 647(f)
a. Exceptions or Factors For Consideration
i. None identified

Loitering – Penal Code § 647(b),(c), (d), (e)
a. Exceptions or Factors For Consideration
i. Repeat offenses over the preceding 24 months involving substantially
similar behavior to that charged

A street gang could hang out in front of your home and wander though your yards… and kitchen… and not risk arrest. Especially if they’re crazy.

Loitering To Commit Prostitution – Penal Code § 653.22(a)(1)
a. Exceptions or Factors For Consideration
i. None identified

They can boink in your kitchen, too! Also, your kids are going to learn about the “birds and bees” rather more quickly than you might like.

This is the exact opposite of “broken mirror” policing. There will be no effort at monitoring for criminal behavior until after a sufficiently serious crime has been committed. Imagine a literal whore doing her business in front of your house and there’s nothing you can do about it unless the john goes P-in-V where U-can-C.

Resisting Arrest – Penal Code § 148(a)
a. Exceptions or Factors For Consideration
i. Repeat offenses over the preceding 24 months involving substantially
similar behavior to that charged
ii. The actual use of physical force against a peace officer
iii. The charge is filed in connection with another offense not enumerated above

LAPD will tolerate this treachery and I’ll never understand why. The constant “Repeat offenses” exception is funny because you can’t have repeat offenses if you never prosecute the first offense.

So, criminals are free to do whatever they want short of arson and Knockout Game, plus the hallucinating tweaker psychotics now enjoy blanket immunities from prosecution. I have family still in L.A.. I’ll send tasers to the conservative ones and happy vibes to the liberal ones. Merry Christmas!

Los Angeles County Sheriff Alex Villanueva will not instruct his deputies to enforce a new statewide stay-at-home order announced Thursday that could force businesses to temporarily shut down as coronavirus cases continue to soar.

“I want to stay away from business [sic] that are trying to comply, they bent over backwards to modify their operations to conform to these orders and then they have the rug yanked out from under them, that’s a disservice, I don’t want to make them more miserable,” he told Fox affiliate, KTTV-TV, according to a tweet.

He told KTTV that businesses have been through enough. He added that local law enforcement heads were not consulted on Newsom’s order, which he announced during a news conference.

For both conservatives and liberals, the rule of law is collapsing in Los Angeles.

13 thoughts on “Rule Of Law Ends In Los Angeles”