New York City got its recent outbreak from the Mexican Burning Man festival! And I thought Coof was just the flu.

Oh, wait. There are some “details” in the story that paint a different picture. First among them, that 70% of sick New Yorkers attended the festival..? 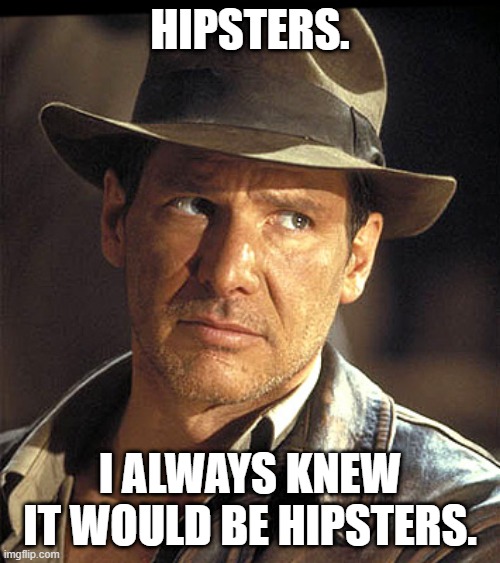 A private COVID-19 testing company says about 70 percent of its positive tests in New York City over a one-week period were from people who had attended or came into close contact with someone at a Burning Man style event in Mexico.

Eleonora Walczak, the founder of private testing company Checkmate Health Strategies, told DailyMail.com that she carried out 179 tests in the seven days after the event.

I see about a pound of fakeup on this one… probably covering up a Wall-splat. Her approximate age is 40.

She is a graduate of the Sophie Davis Biomedical Program in and completed her training at Columbia University & Harlem Hospital. Ms. Walczak is on staff for Mount Sinai Hospital, NYC.

Columbia is where she get an advanced degree in emergency management. Not hard to see why she wanted a career change from “RPA-C Surgeon” to “Contact Tracer to the Stars”.

Where did she get the funding to start this company? Not from her documented work experience.

Ms. Walczak is a member of the AAOS and is an active volunteer who has traveled to countries like Haiti & Nepal to treat underserved communities.

Stella got her groove back! This woman Biblically knows her infectious diseases.

The Art With Me festival in Tulum, which was held over four days from November 11-15, has now been described as a superspreader event after dozens of positive COVID-19 tests have been tied to the event.

Tulum is the sort of event for which you check in and check out but can’t remember anything in between. Then a week later, it hurts to pee. Contra my original suspicion of false flagging a harmless Spring Break-style party, yes, Tulum has been a notorious superspreader event for YEARS.

She said between 60 to 70 percent of the positive tests were from those who attended the Tulum event or people who had become exposed to someone who did.

179 tests in the seven days after the event. Assuming daily testing, that’s 20-30 clients total. She wouldn’t be able to detect a “superspreader” thingamajig with that level of resolution. If every test was a different person then not enough time would have passed for 2/3rs of them to be positive. So, I have serious doubts whether her clientele are reflective of anything except the party crowd that she wasted her youth on.

‘I would say that it was a superspreader event,’ she said.

I would say that most of her wealthy, homopedo NYC clients had itches that couldn’t be scratched in American legal jurisdictions despite their recent successes in legalizing hallucinogenic drugs and sexualizing children.

Thanks, Walczak! Had you been just another for-profit testing company then I’d never have been able to see the perverted hypocrisy of NYC’s ruling elites. Besides Cuomo, of course, that man has selfies instead of friends. But no, you failed to land a physician husband until you hit the Wall then went into business to… track the movements and friends of the men who pumped & dumped you.

Oh, that is not going to end well for her clients.

One woman who attended the festival and later tested positive told the Daily Beast that she was the sickest she had ever been in the aftermath.

‘I have nothing good to say about this event,’ the unnamed woman said.

‘All I will say is that there was not one mask and I got more sick than I ever did in my entire life after that party.

Sure, Barbie, you got sick because you didn’t wear a mask. Not because you did drugs and “immersive art” at the Baja Dirty-Bird Campout at the start of flu season. 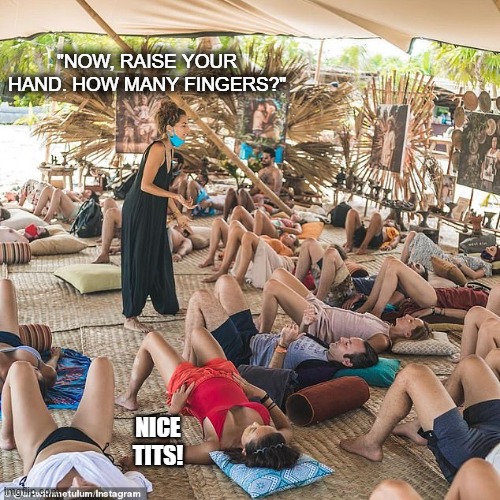 One thought on “The Concierge Of Covid”