It’s been fun hating on Dick’s Sporting Goods and its NeverTrumper gun banner of a CEO, Ed Stack. Good news, the ride isn’t stopping just because Stack announced his resignation!

We begin with Ed Stack trying to do a Ross Perot against Trump last year. I missed the headline at the time, or possibly I just blinked. Let’s make up for missing out!

The CEO of Dick’s Sporting Goods is quietly exploring whether to launch a third-party presidential bid after he gained national attention for banning assault-style weapons at his stores.

At least one focus group in southern Wisconsin was presented with various messages centering on Ed Stack, a longtime Republican donor, according to Politico. The group was presented with possible three-way matchups that included the billionaire businessman, President Trump, and former Vice President Joe Biden or Massachusetts Sen. Elizabeth Warren.

No, I don’t see how that could ever have been seriously considered, even in political theory. The only way to be a viable third-party candidate is for the Republicans to run an unpopular candidate and then, only if the third-party dude has politics that somehow differ from Democrat.

As for the Democrats, the last third-party candidate on their side was Ralph Nader, that perennial “I invented the seat belt” gadfly who was politically assassinated by his own supporters when he tried to run against Obama. I’m not even sure why they bothered; Obama was running against “Songbird” McCain. Maybe they thought Republicans would have voted Green Party instead of Deep State Turd-lick-can.

Stack, who has taken a stand on gun control by eliminating the sales of assault-style rifles from his stores in the wake of the 2018 Parkland, Florida, school shooting, criticized Senate Majority Leader Mitch McConnell this week for failing to bring to a vote a bill that would require universal background checks for gun sales.

“I wish he’d have the guts to bring it to a vote,” Stack said.

I’m surprised that Cocaine Mitch had the guts to NOT. Must’ve been a Thursday. He never did get the hang of Thursdays.

A person who took part in the message testing said the themes around Stack were heavily focused on his “showing leadership” with the ban on sales of assault-style rifles at all Dick’s Sporting Goods stores.

The suspected gunman in the Parkland massacre bought a shotgun at Dick’s Sporting Goods two months before the shooting, though it was not used in the attack, and a majority of Dick’s locations continue to sell shotguns.

“I will never again allow what didn’t happen at Parkland to not happen again! Because I am a LEADER who can keep his job after pissing away $250M in merchandise plus half our customer base!” Hmm, that actually IS impressive.

Stack also released a book, It’s How We Play the Game, this month — another indicator that he could be weighing a White House bid. But a person familiar with Stack’s thinking said the CEO has no intention of running for office.

“Mr. Stack enjoys running Dick’s Sporting Goods and has no plans to run for any elected office,” the person said.

Easy to read between those lines. Stack wanted to get into politics and postured himself to be a reach-across-the-aisle RINO to the Democrats. He didn’t want to win elected office, he wanted to win “selected office”… a Cabinet member of the winner.

(CNN) — Dick’s Sporting Goods CEO Ed Stack is stepping down after 36 years, a tenure in which he transformed his family’s small business into a national presence, took the company public, and enacted a strong stance on the US gun debate.

Stack, 65 years old, will take on the role of executive chairman and continue as a chief merchant, the company announced Tuesday. Dick’s President Lauren Hobart will ascend to the CEO role on February 1, becoming the company’s first female chief executive.

Stack’s father founded the company in 1948, and Stack has served as chairman and CEO of Dick’s since 1984 when he and his siblings bought his father’s two small sporting goods stores in upstate New York. Under Stack’s leadership, the company now has more than 850 stores and nearly $9 billion in annual revenue. …

Stack, a gun owner who believes in the Second Amendment…

*GunnerQ kicks away the journalist peeing on his leg before it can proceed to the weather forecast.*

…said he decided to make the changes after he learned the teen charged with the shooting had bought a shotgun at a Dick’s store, though that gun wasn’t used in the attack. Dick’s had sold guns since long before Stack started working there in 1977.

Now he will pass the reins to Hobart. “She has proven herself to be a capable, innovative and respected leader who has helped drive our business and our culture,” Stack said in a press release.

Hobart will inherit the company in a strong position: Even during the pandemic, Dick’s stock is up nearly 19% from this time last year. “There has been a greater shift toward athletic apparel and active lifestyle [products] with people spending more time working and exercising at home,” Stack said on a call with analysts in August.

Thanks to no foresight or planning of Dick’s management, the Socialists outlawing the entire gym industry indefinitely gave them record profits. Meanwhile, they went far out of their way to miss out on record gun sales.

So, Stack stuck his Dick into politics and now that Trump permitted Team Biden to start the transition process, has decided he doesn’t want to run the family business anymore. I predict that Biden will make Ed Stack his Gun Buyback Czar, or something.

Because Trump lost, right? Riiight? All the cool journalists said so! Stack better hope there’s no substance to the rumor that Biden quietly offered to cede the election in return for a full pardon.

In his wake, Dick’s will become Cock’s: 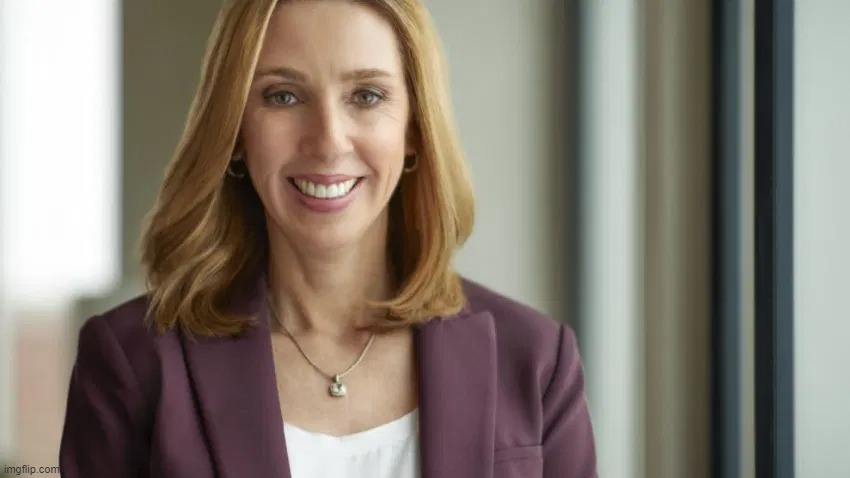 Lauren Hobart. She has the best thousand-cock stare I’ve seen in a long time! Also, a smile that is both too high to be natural and completely lacking in warmth. Hoop earrings. Somebody rode the Cock Carousel all the way to CEO!

She’s been as politically promiscuous as physically.

…Hobart joined Dick’s in February 2011 as senior vice president and chief marketing officer, where she played a key role in helping develop and launch one of the retailer’s top private labels, CALIA by Carrie Underwood. In 2015, she was promoted to executive vice president and CMO, and then chief customer and digital officer. She was named president in May 2017, and has served on the board since January 2018.

Hobart also earlier this year joined the board of Yum Brands.

Hobart has made the women’s athletic apparel and footwear market a bigger focus at Dick’s Sporting Goods, helping to drive the launch of additional private labels.

Ah, female territory marking. We can rule out Deep State. They don’t paint their toenails. 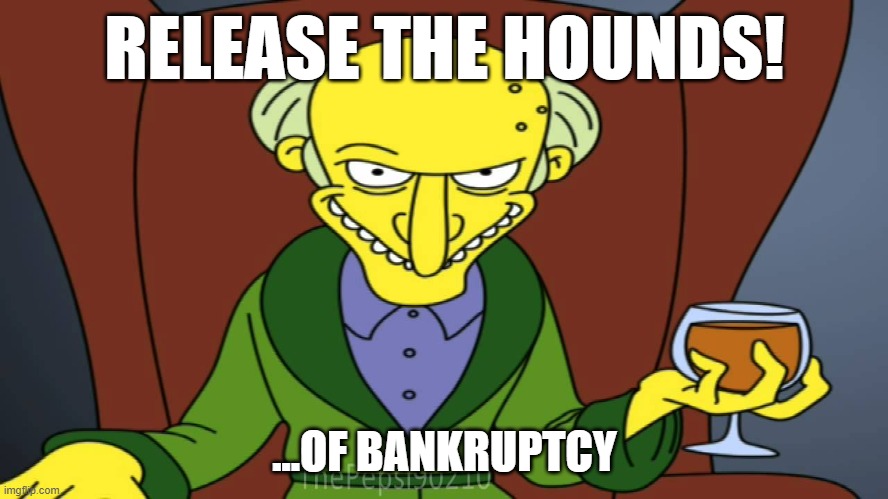 She has helped Dick’s refocus its strategy to compete against Amazon and Walmart, as a number of its sporting goods rivals — such as Sports Authority, Sport Chalet and City Sports — have filed for bankruptcy and shuttered stores in recent years.

She has helped the company refocus its inventories on key categories like youth sports, improve customer service and add in-store experiences like batting cages, to offer shoppers something they cannot find on the internet.

Youth sports?! Like I said, the hounds of bankruptcy. The birth rate is collapsing hard and if she hasn’t noticed yet, youth sports have been outlawed by the government in order to promote social distancing. I don’t see a profit to be made there in the next couple years.

I also don’t see in-store experiences making the difference when going inside the store will be unpredictably banned, once again, by the government.

She’s got nothing but Barbie dolls to offer Dick’s Sporting Goods. That will be a problem for her because if I guess right about Stack’s gubernatorial ambitions, he’ll soon be wanting his old job back.