Elites are having a lot of fun behind the scenes, imagining the grossest food possible to mix into our diet after they take beef out. First it was soyburger so thick with estrogens that it feminizes men… now on sale… then it was maggots, now it’s your own human flesh raised on a diet of medical waste products.

A group of American scientists and designers have developed a concept for a grow-your-own steak kit using human cells and blood to question the ethics of the cultured meat industry.

To STRETCH the ethics of the meat industry.

Ouroboros Steak could be grown by the diner at home using their own cells, which are harvested from the inside of their cheek and fed serum derived from expired, donated blood.

The resulting bite-sized pieces of meat, currently on display as prototypes at the Beazley Designs of the Year exhibition, are created entirely without causing harm to animals. The creators argued this cannot be said about the growing selection of cultured meat made from animal cells.

Eating your own flesh is more ethical than eating animals?! One part of me wants to dare PETA to set that example, another part thinks they’d actually do it. 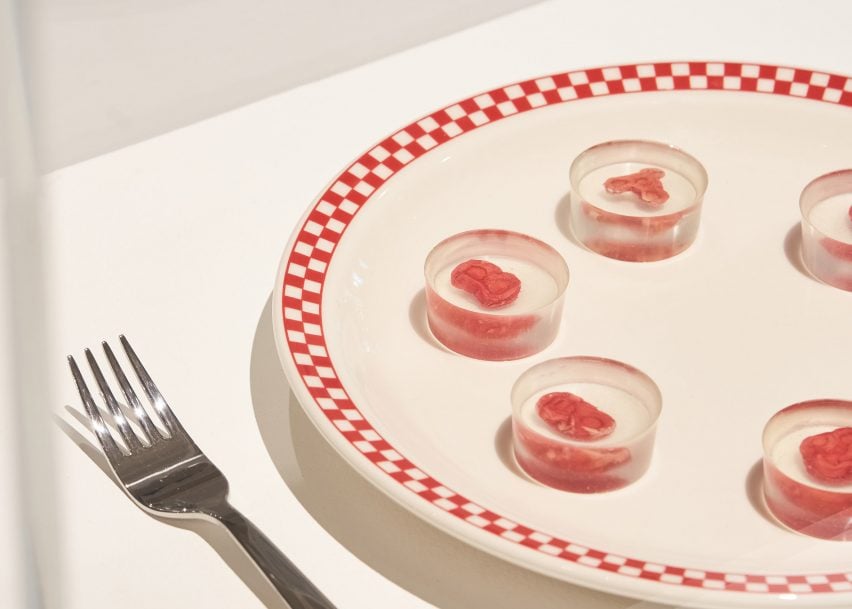 FBS, which costs around £300 to £700 per litre, is derived from the blood of calf fetuses after their pregnant mothers are slaughtered by the meat or dairy industry. So lab-grown meat remains a byproduct of polluting agricultural practices, much like regular meat.

Forget Frankenfood, this is Abortionfood. 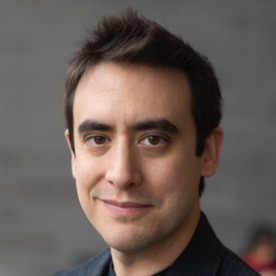 Andrew Pelling of the University of Ottawa, gives a lot of TED talks. 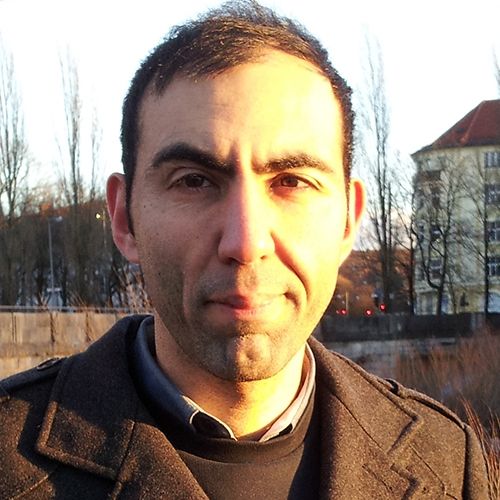 Orkan Telhan has an architecture PhD from MIT but curiously, is only an associate professor of fine arts at U Ottawa. He’s a cofounder of Biorealize, a company making “fashionable” biomedical laboratory tools. I don’t know where he gets his money from, or how he ended up in biology.

Ouroboros Steak, named after the ancient symbol of the snake eating its own tail, cuts out the need for other animals by drawing exclusively on human blood and cells.

The version on display at London’s Design Museum was made using human cell cultures, which can be purchased for research and development purposes from the American Tissue Culture Collection (ATCC). They were fed with human serum derived from expired blood donations that would otherwise have been discarded or incinerated.

The idea of eating human flesh grown from THAT is beyond disgusting. Not to mention, the idea of that being what they might use the blood I donate to charity for.

Amuse-bouche-sized steaks are preserved in resin and laid out on a plate complete with a placemat and silverware as a tongue-in-cheek nod to American diner culture.

No. They’re telegraphing. They’re showing us what they intend to do. That was not an innocent commentary on the ethics of vat-grown protein. This is pure diabolism from men with dead consciences and no disgust reflex.

“Expired human blood is a waste material in the medical system and is cheaper and more sustainable than FBS, but culturally less-accepted. People think that eating oneself is cannibalism, which technically this is not,” said Knight.

How is this not human consumption of human flesh? She didn’t explain.

“Our design is scientifically and economically feasible but also ironic in many ways,” Telhan added.

“We are not promoting ‘eating ourselves’ as a realistic solution that will fix humans’ protein needs. We rather ask a question: what would be the sacrifices we need to make to be able to keep consuming meat at the pace that we are? In the future, who will be able to afford animal meat and who may have no other option than culturing meat from themselves?”

Never in any possible future, will we have no option but to cultivate our own flesh for food. Unless that future is forced upon us by the State.

If I hold my nose enough to be “scientific” about this, losing several pints of blood, cooking the blood in a vat for several months and then eating the results will not be a net gain of protein. Perhaps our “biological designers” should have focused instead on making better ways to store donated blood so less of it will be need to be collected? Or better ways to harvest fish?

Or perhaps in their New World Order, they expect a huge surplus of expired human blood? Because if there’s one thing Communists do better than anybody else, it’s mass butchery of humans.

But no, instead they assume for no (admitted) reason that there are going to be no more livestock in our future so they’re helpfully finding ways to recycle infectious medical waste into “I must believe it’s not cannibalism” butter. 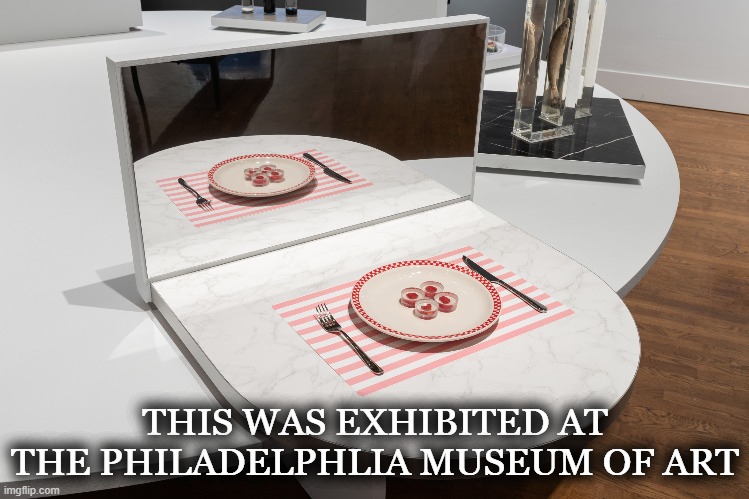 Although no lab-grown meat has so far [been] approved for sale in any part of the world, the market is estimated to be worth $206 million and expected to grow to $572 million by 2025, largely due to the increasing environmental and ethical concerns about the mass rearing of livestock for human consumption.

They intend to starve us. And feed us shit like this in place of healthy meals.

Among the companies hoping to bring cultured meat to market are Aleph Farms, which claims to have been the first company to make a lab-grown steak. Others have focused on substituting meat entirely, with Novameat creating a 3D-printed steak from vegetable proteins.

Novameat uses peas, seaweed and beetroot juice. It’s a step up from pure soy but I still have a question for them:

Does that Vegan look healthy to you?

6 thoughts on “Ouroboros Steak: You Eat What You Are”