The rant is halfway down. I needed to build up a head of steam. 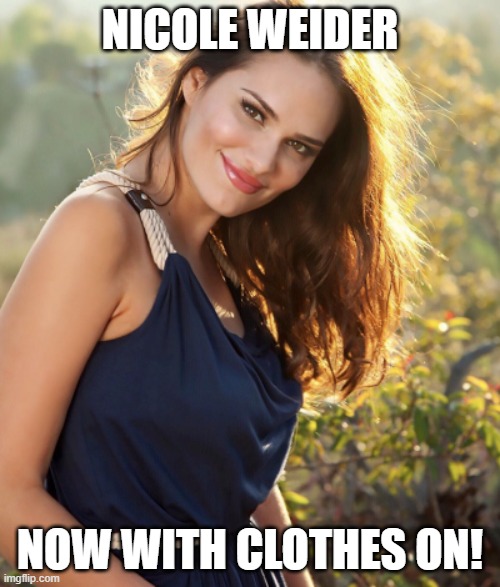 I’m sure her past of making ten times my annual salary by letting other people take pictures of her in between hair salon day trips has made her an expert in both Christian mythology and film production.

Weider, a former Victoria’s Secret model, walked away from a lucrative modeling career to follow Jesus and help other women see their worth in God.

Oh, yeah. Buckle up. We’ve seen this before but it’s always a wild ride!

Now the ex-model is producing and acting in faith-based films.

For children, no less. As whoredom goes, her fashion modeling was more honest.

She’s also a wife, mother, and author and who is living out her life mission to encourage young women around the world through Project Inspired. Her organization’s goal is to share her faith with girls who face similar experiences as the characters in “Switched.”

Project Inspired’s current male role model is Justin Bieber. As a recent convert to Christianity after many years of being a rock star idol A-list celebrity icon with more notch counts than a riveter, the Church’s middle-aged daughters are lining up to tame that bad boy unicorn!

[The] fashion model turned women’s activist and filmmaker, says the new film “Switched” shows the harms of bullying and advises young people not to attack each other but instead “lead with love” because everyone is facing their own battles.

If I had a son, I’d teach him how to kick bully ass instead. Then I’d take him out for ice cream the first time he’s arrested for fighting. Alas, no son. Praise God, no wife!

The faith-based film debuted on Digital and Video on Demand on Sept. 4 and will be released on DVD Oct. 6.

Smart move, going straight to video instead of theatrical release these days. The mothers who think anti-bullying is a Christian message are the same people who would vacuum-seal their kids in plastic bags to prevent Pandavirus before taking them to the movies. Air holes, people!

“Tired of being bullied, Cassandra Evans prays that her nemesis, Katie Sharp, the queen bee of social media, would know what it’s like to walk a day in her shoes. Her prayer is answered in an unexpected way when they get ‘Switched,’ the synopsis reads.

“When Cassandra Evans and Katie Sharp wake up to discover they’ve switched bodies, the two girls must learn to appreciate both the blessings and struggles the other faces on a daily basis, in school and at home. Packed with life lessons of forgiveness, perspective, encouragement and understanding, ‘Switched’ will help teenagers who are searching for their worth in looks and popularity to find their true identity in Christ.”

A joint venture between Christ and Satan. 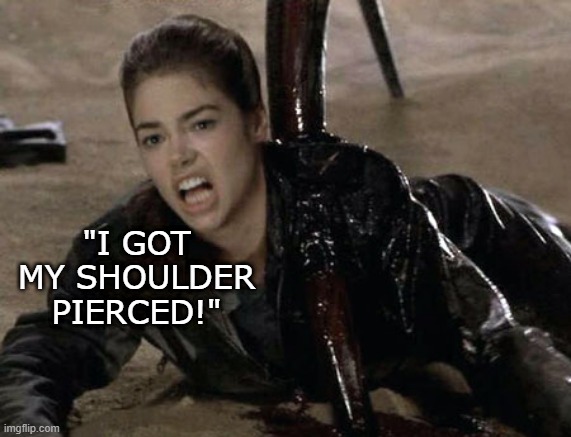 “I quit my lucrative modeling career to start my own movie studio producing my own movies starring me. For Jesus!”

I notice that only one of the six stars is male. That’s okay because this movie isn’t actually about bullying, it’s about girls being mean to each other.

The following is an edited transcript of The Christian Post’s interview with Weider, the executive producer of “Switched,” where she offers advice based on the themes of the new film.

Thanks, Tits. This will let me review the movie without giving you a dime.

CP: Why did you want to executive produce this film?

Weider: When I first read the script, it immediately stood out to me for several reasons. First, I love that it’s faith-based and the quality of the script is so well written.

It also stood out to me because the central theme in the movie is anti-bullying, specifically cyberbullying. As I’m sure you know, more and more teens and kids are online and on multiple social media apps (especially even more now with a lot of students online learning). I knew that the movie’s message was relevant and needed.

I also loved that the story is focused on teenagers. It’s a positive and loving message compared to a lot of garbage and harmful messaging aimed at teens.

Positive and loving messages ARE the garbage being aimed at teens these days. Preachy plots. Cardboard characters. A linear story with fewer bumps in it than the road to the governor’s mansion. Your movie is a motion-picture textbook meant to be screened by church study groups, not a movie to be enjoyed on its own merits.

All of Christian fiction is garbage. All of it. It’s disgusting. It does not allow itself to be original in any way. It fears to take any risks. That’s why the best it has ever done is allegory of Biblical teachings and that was best done a century ago by C.S. Lewis. There has been no progress, no innovation and no EFFORT since him.

How about a superhero witch hunter? How about a Red Pill romance? How about an old-fashioned Viking Funeral? You can have all three just by retelling the story of Samson but nooo, he wasn’t a puppy-hugging stand-in for Boyfriend Jesus!

Shut up, you effeminate culture leaders! Stop your bothersome noise! You are not Christian and you prove it with your faith-based morality plays that are too much garbage to appeal to anybody except wannabe martyrs! They’re DESIGNED to not offend anybody; what could be less Christian than that?! I need a pillow for your movies and testosterone for your opinions!

In addition, through my life and ministry, my main focus is reaching young ladies of that age. The story fits with what I’m already doing. 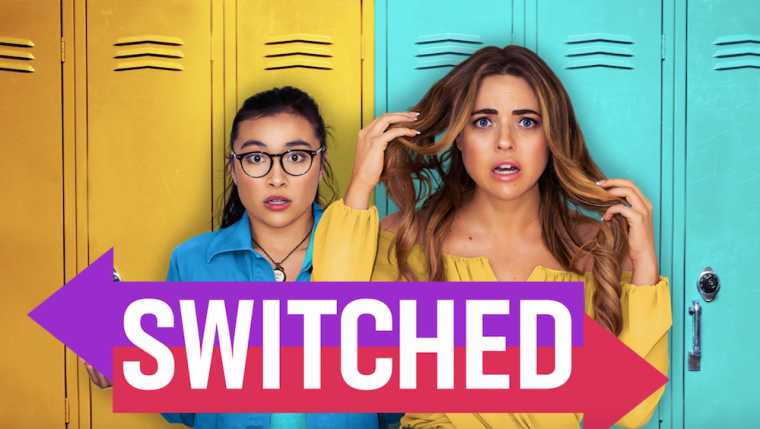 Actually, the “cool girl” on the right DOES strongly resemble Weider….

CP: A quote heard throughout the film is “lead with love.” Can you share how modeling this quote impacted your own life?

Weider: I love this quote because it’s a central guiding principle of how I live my life as a Christian.

I always go back to the two most important commandments that Jesus says: To love God with all your heart, all your mind and soul, and to love your neighbor as yourself. It’s pretty simple, but as you know not always the easiest thing to do.

How is “lead with love” distilled from either of those commands?

CP: The film shows many contrasts: A good family versus a distracted family, and prayer versus non-belief. What are you hoping people take away from the film?

Weider: I’m hoping that people realize that even though there might be a popular girl at school or someone who seems to have it all, they are most likely facing their own private battles.

For instance, in the movie (without giving too much away), the popular girl’s parents only care about her brand and fame, without nurturing her heart.

CP: How can putting yourself in someone else’s shoes help people in the climate of bullying, racism, injustice, etc.?

That question gave away the “faith-based” lie. “How is this movie useful to current Narrative topics?”

Weider: It’s so important to try and see something from another person’s perspective — their life story — and why they believe what they believe. When we judge someone immediately, we turn off the potential to love them and even influence them. When someone feels judged, they aren’t open anymore.

Care-based morality. Not for public consumption.

I want to share this example: My hairstylist was raised Buddhist in Japan, and I would often ask him about his upbringing and more about his story. Through my interactions, he saw that I was caring, kind, and non-judgmental. I took the time to nurture the relationship before I started to witness to him about Jesus.

Was he xenophobic racist towards Nicole before their huggy conversation? Did he not accept her as a customer until she proved herself non-judgmental towards Japanese Buddhists?

I found out recently that because of the pandemic, unfortunately, his visa won’t get renewed and he has to move back to Japan. The last time I saw him, God told me, “Now is the time.” I told him who Jesus was, His life, His love, His salvation, and His care for him. I prayed over him, and he told me he had never had anyone in his whole life pray for him. He also told me he did not know what Easter was. He gave His life to Jesus that afternoon, and now tells me how he is learning Bible stories.

I bet many of our missionaries would have success stories like this, if they were high-end lingerie models witnessing to people they first allowed to play with her hair. Nothing brings men to church like temple prostitutes!

English is his second language, and so the Holy Spirit told me to give him one of my children’s kid Bibles. That way he could read it more easily and take away the Word in a more simple way to read. He told me he learned about Noah, David, and others. I am so glad God put me in his life.

I have trouble believing that a hairstylist for the rich & famous was so bad at English after several years in USA that he needed a picture book edition of the Bible. Japs are smart & disciplined.

CP: As a Christian, can you talk about the importance of leading with love but still having boundaries in place?

Weider: I feel like sometimes, because we are women, we’re always supposed to do what’s asked of us by another person, which might not even be beneficial for us or could even harmful. This is a dangerous trap that I used to fall into. But now that I’m in my early 30s, I have grown more confident in my boundaries and knowing when to say no, and to not apologize for everything.

If you notice, a lot of times we say “I’m sorry” at almost everything (even small things like taking up space or breathing) when we don’t need to apologize. It’s a bad habit that I have broken because I have been conscious of it, and I encourage other women to do the same.

Oh yes, if American women have a problem these days it’s being too nice and too helpful and too courteous. Rise up against the Privileged! You have nothing to lose but your chains! And children! And husband! And mobility scooter after your ego inflates your ass!

But you’ll always have the tattoos and piercings.

CP: What can you say to help people appreciate both the blessings and struggles of life?

Weider: Sorrows are painful, but they are temporary. I also went through suffering, but I am a strong believer now and the woman of God I am today because of it. I believe whatever we may lose, God will bring a new blessing back to us. We just have to trust His plan.

God’s plan is for woman to be the servant of man. Not for woman to spare a though about the herd-less competition.

CP: Is there anything else you’d like to add about the film or your future projects?

Weider: I am working on two new movies. One with the screenwriter for the movie “Breakthrough,” and executive producing one with Ashley Bratcher from “Unplanned” and Shelby Wetovick-Thomas. These two movies will also make a positive impact on culture and will be lighthearted, entertaining, and inspiring. 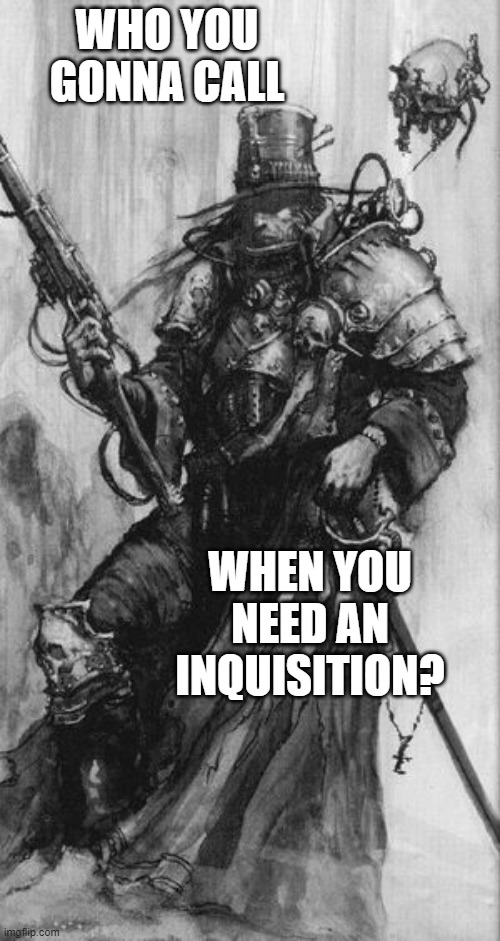 7 thoughts on “A Rant On the Churchian Movie “Switched””