Here’s a shout-out post to a couple real American teens who have successfully hoisted the petards of their elders’ fragile meta-ego. You kids made my day!

Sons of cop, firefighter carry flags onto field at 9/11 game, get suspended

Black Goons Matter? Sure! Muslims want a mosque at Ground Zero? “We shouldn’t judge them just because they’re different.” But oops, these kids honored white American heroes for 9/11!

Two high school football players in Ohio – one the son of a cop and the other the son of a firefighter – carried first responder flags onto the field before their game Sept. 11 to honor the fallen heroes who died in attacks 19 years ago – then were briefly suspended.

As the players took the field on a game advertised as “Patriot Night,” they brought a “Thin Blue Line” and a “Thin Red Line” flag with them, leading another teammate who carried an American flag.

Brady Williams, a police officer’s son who plays cornerback for Little Miami High School, told the outlet he brought the flag to honor the people killed in the Sept. 11 attacks.

He and his teammate, Jarad Bentley, denied the move was politically motivated. Bentley carried the “Thin Red Line” flag.

No fibbing, now. It’s obviously a politically motivated act… and I wholeheartedly approve!

But their request for permission to carry the flags was denied by district officials, according to the head of the Little Miami Local Schools Board of Education.

But the players said the dust-up was worth it.

“My dad is a firefighter, and if it had been him killed on 9/11, I would have wanted someone to do it for him,” Bentley told WKRC.

“I don’t care what my consequences are,” Williams added. “As long as my message gets across, I’ll be happy.”

Yeah, see? It was political. 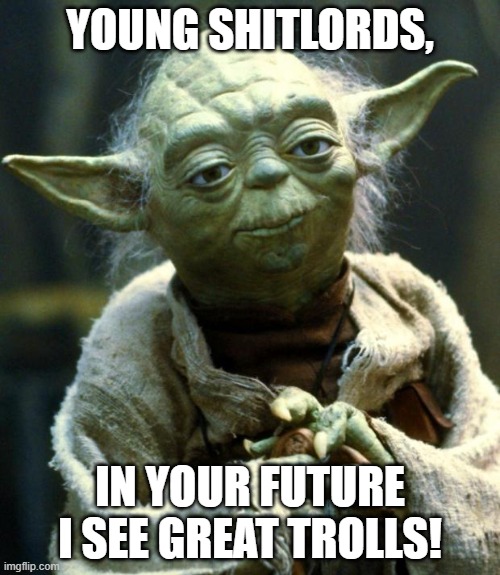 The letter from the Board of Education is what made this a post. Really, this incident should have merited at most a patient sigh from the head coach but Central Moscow fell head over stiletto heels! 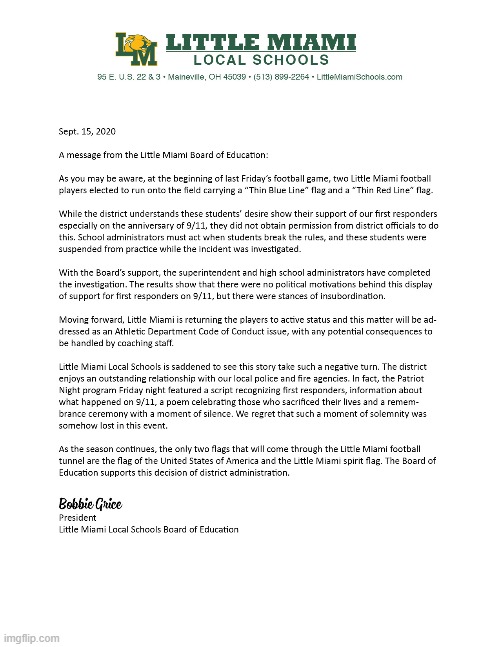 As you may be aware, at the beginning of last Friday’s football game, two Little Miami football players elected to run into the field carrying a “Thin Blue Line” flag and a “Thin Red Line” flag.

While the district understand these students’ desire [to] show their support of our first responders especially on the anniversary of 9/11, they did not obtain permission from district officials to do this.

In fact, they were refused permission per Fox News, which raises uncomfortable questions about what was “understood”.

School administrators must act when students break the rules, and these students were suspended from practice while the incident was investigated. 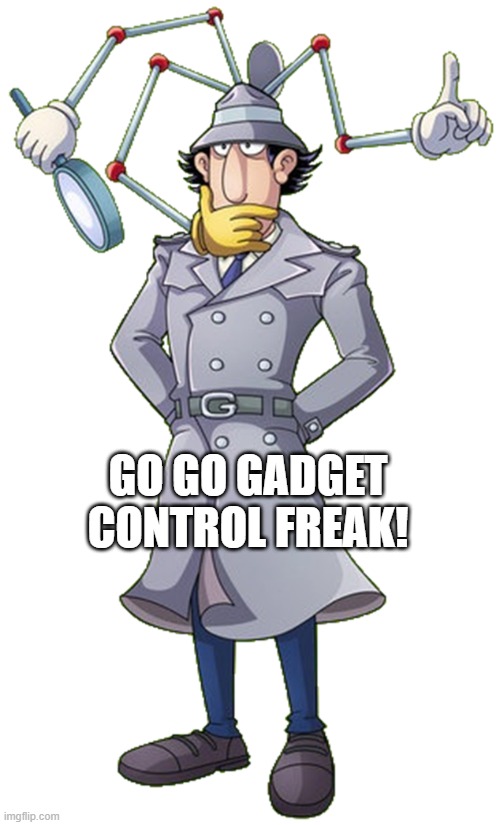 Seriously, kids do this stuff all the time. It’s part of being kids. You just roll with it, especially if it’s done in decent taste like here.

With the Board’s support, the superintendent and high school administrators have completed the investigation. The results show that there were no political motivations behind this display of support for first responders on 9/11…

I always wondered about such investigations. There’s nothing to investigate here except a couple students flying a couple politically sensitive takes on the Stars & Stripes to spice up an otherwise boring 9/11 memorial service. Lo and behold, the credentialed experts STILL managed to screw up this nothing-to-investigate-tion, because this was very obviously a political statement that police & fire lives matter!

…but there were stances of insubordination. 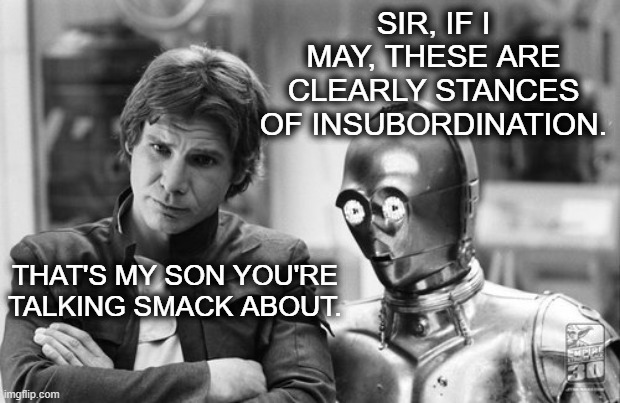 Oh yeah, we can use that. “Stances of insubordination”!

…To prevent any consequences from punishing this not-a-political-statement….

…and this matter will by addressed as an Athletic Department Code of Conduct issue, with any potential consequences to be handled by coaching staff.

They passed the buck on future efforts… and… I found it. Ooh, and the Code of Conduct for cheerleaders too! Place your bets now on how much skin their CoC allows!

Athletes
Because athletes are admired and respected, they exert a great deal of influence over the actions and behavior of the spectators. …Athletes should avoid the following inappropriate behaviors:
-Use of profanity.
-Ejection from contests.
-Berating officials or fellow athletes.
-Inciting spectators and/or other athletes to inappropriate behavior.
-Leaving the bench area when not competing or becoming involved in any type of altercation

Our lads are in the clear!

-Establish standards of desirable behavior in keeping with the fundamentals of good sportsmanship for the cheerleaders and student spectators.

-Use positive cheers to encourage their own team without demeaning their opponents. Use discretion in deciding when to cheer and which cheers to use.

–Never attempt to distract opposing players or in any way interfere with their performance. Serve as hosts for visiting cheerleaders.

No limit on showing skin except it can’t distract the opposing players at a critical moment. Hmm… I’m going to Hell for what I just thought about.

Little Miami Local Schools is saddened to see this story take such a negative turn. The district enjoys an outstanding relationship with our local police and fire agencies.

“…And we’d hate to screw that up by giving them a show of political support!”

In fact, the Patriot Night program Friday night featured a script recognizing first responders, information about what happened on 9/11, a poem celebrating those who sacrificed their lives and a remembrance ceremony with a moment of silence. We regret that such a moment of solemnity was somehow lost in this event.

BORRRRINNNNG! No burning of Wahabbi Muslims in effigy? No parade of the city’s finest? Not even coloring books for the “special” class?

As the season continues, the only two flags that will come through the Little Miami football tunnel are the flag of the United States of America and the Little Miami Spirit Flag. The Board of Education supports this decision of district administration. 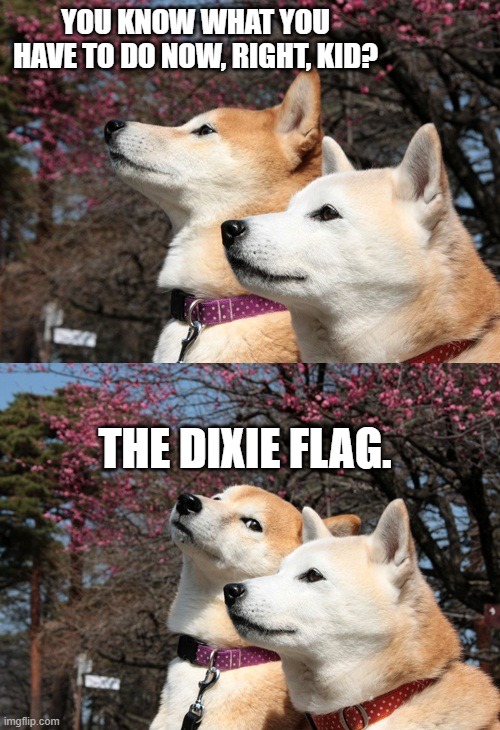 One thought on “Stances Of Insubordination! Brady Williams & Jared Bentley”