Buckley-Style Conservatism has finally hit rock bottom. This effort at rebuilding the mound and grasping at legitimacy is indisputable proof that the ideology is now completely, tone-deaf bankrupt.

Social Media mobs. Cancel culture. Campus speech policing. These are all part of life in today’s America. Freedom of expression is in crisis. Truly open discourse—the debates, exchange of ideas, and arguments on which the health and flourishing of a democratic republic crucially depend—is increasingly rare. Ideologues demonize opponents to block debates on important issues and to silence people with whom they disagree.

No mention of which ideology is driving the phenomenon? Cancel Culture didn’t happen in a vacuum.

We must ask ourselves: Is this the country we want? Surely not.

What a tone-deaf question. Nobody who is upset about the existence of Cancel Culture is a creator or advocate of it. THEY created Cancel Culture. The Socialists. The Satanists. The pedophiles. Not us.

We want—and to be true to ourselves we need—to be a nation in which we and our fellow citizens of many different faiths, philosophies, and persuasions can speak their minds and honor their deepest convictions without fear of punishment and retaliation.

NO! NO! NO! Our culture is Christ and Western Civilization! We do *not* need more Chicomm professors and mystery-meat refugees sharing their ‘cultures’ of lies and gibs with us!

THEY ARE NOT OUR PEOPLE! Neither ethnically nor ideologically nor religiously!

If we seek a brighter future, we must relearn a fundamental truth: Our liberty and our happiness depend upon the maintenance of a public culture in which freedom and civility coexist—where people can disagree robustly, even fiercely, yet treat each other as human beings—and, indeed, as fellow citizens—not mortal enemies. “Liberty is meaningless where the right to utter one’s thoughts and opinions has ceased to exist,” Frederick Douglass declared in 1860. Indeed, our liberal democracy is rooted in and dependent upon the shared understanding that all people have inherent dignity and worth, and that they must be treated accordingly.

Cult of Nice. “Yes, Jesus, Satan disagrees fiercely with you but you must learn to coexist with him in freedom and civility… not as mortal enemies.”

I was not being trivial with that. The Marxists are murdering police officers right now, in America. It’s time to fight, not remember that civility with mortal enemies is the greatest virtue.

And look, the authors of this statement reached for Frederick Douglass for legitimacy. While I’m glad to see the Cucks expanding their stable of role models beyond William Wilburforce, they still haven’t morally advanced beyond dependence on Negro approval. That’s a problem now that BLM is a full-on, cop-killing, interstate terrorist organization.

As Americans, we desire a flourishing, open marketplace of ideas, knowing that it is the fairest and most effective way to separate falsehood from truth.

Skip 465 words of Cuck verbiage. If you can’t make your point in less than half a novella then your reader can be forgiven his inadequate attention span.

To be sure, our free speech tradition is not absolutist. It does not embrace certain, limited categories of speech, such as defamation, obscenity, intimidation and threats, and incitement to violence.

If the authors of this piece believed these two sentences, they would be advocating the criminal punishment of Lefty Cancel Culture behavior instead of begging them to stop and play nice.

Seriously, people, don’t sign this statement. The Marxist Revolution is NOW and they are guaranteed to win because of three generations’ total control of our schools. Not to mention the total, nay calculated uselessness of Cuckservatives. This statement will be nothing but a convenient list of dissidents available for the amusement of interstate terrorist organizations.

If the Marxists even bother using terrorists. Angry blacks whining about Tyrone getting shot have been sufficient thus far to cow Republican politicians into submission. Frederick Douglass would not ignore any black grievances!

Who wrote this bone-headed, tone-deaf and naval-gazing piece of trash that will inevitably serve to benefit our enemies? The search was brief.

Peter Wood is president of the National Association of Scholars and Pete Peterson is dean of Pepperdine University’s School of Public Policy.

The authors are Establishment Cuckservatives trying to maintain their seats in the inner circles of power. They have a serious problem: Cancel culture is removing them from the Left-Right two-step that has run the American Empire since the civil rights era in American politics pushed Southerners into the Republican camp. It’s now the Left-Terror two-step, to use the French Revolution’s precedent.

The people being canceled are now the heads of think tanks and school administrators–read, Pete & Peter–who dare to be white but not proud to be white, and they want that nonsense to stop without them taking the obviously necessary & dangerous steps of either Lex Talionis or caring back when we little people were getting Cancel Cultured.

They did not become heads of prestigious organizations in order to solve society’s problems! 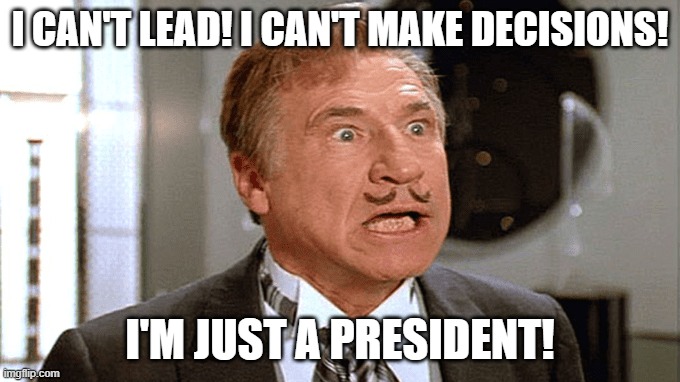 “Cancel culture” has taken a toll on newspaper editors, actors, CEOs and professors, with no real sign of stopping anytime soon. If there are encouraging signs, it is that there has been a recent flurry of public declarations about the importance of freedom of expression and speech to the flourishing of our civic institutions following each successful dethronement. In no sphere have these statements come more fast or so furiously as academia.

No. There has been a recent flurry of white and/or conservative men trying to protect their jobs, their lives and their families from the braying mobs of YOUR STUDENTS, Dean Peterson. Few of the bourgeois will deserve their fate as much as you.

That is because academia’s proudest boast for the last hundred years has been its devotion to free inquiry.

For the last hundred years, academia has been devoted to the destruction of Christianity. Hello Enlightenment, evolution, Marxism and worst of all, female empowerment.

Exhibit A: The “Faculty Letter” to the president of Princeton University from some 250 faculty members and students demanding a committee to preview all faculty research and publication to ensure that it comports with their ideas about how to fight racism. The Princeton letter has attracted a lot of attention, but it has counterparts at many colleges and universities where a vocal minority has summoned the spirit of collective control over what can be thought and said.

Again, that didn’t happen in a vacuum. That “vocal minority” is not trying to play fair.

The voices of censorship often have an echo in the university’s top leadership. In the wake of the death of George Floyd while in Minneapolis police custody, many college and university presidents issued statements elevating “antiracism” over every other aspect of higher education. Proposals for new curricula proliferated along with calls for research reviews, new hiring processes and staff training — all with little to no deliberation.

Few care to examine whether these directives will cure the alleged problems. They just might, like an ill-advised surgery, make the patient worse.

Evil. The word for their behavior is EVIL, not “ill-advised”.

It is a short step from “antiracism” to using any accusation of racism — however unfounded and unfair — to silence and ostracize anyone who dissents from a currently popular opinion.

Not just anyone. White Christian men specifically. This article is a study in not seeing the Pink Jewish Elephant spraying chunky black diarrhea all over the glass-paneled living room while screaming Die, Whitey, Die!

Many of the critical responses to the new calls for censorship have been thoughtful. They are grounded in the timeless qualities that have made American universities such important learning communities that, to borrow from Harvard’s “Mission Statement,” prepare “citizens and citizen-leaders for our society.”

I suspect Harvard will not be accepting this olive branch to resume the Left-Right ballet. Harvard has its hands full with the Jews fighting off the Chicomms to remain America’s secret, xenophobic ruling class of choice.

At Brown University, the president issued a “Letter from Brown’s senior leaders: Confronting racial injustice,” which included this line describing the signers’ feelings regarding current events: “The anger comes from knowing that we have been here before, and in fact have never left.”

This is, indeed, the time when academia could and should be playing its centuries-old role to convene civic and open dialogue about the challenges confronting our nation — from race relations to the public policies that best respond to the COVID-19 pandemic.

You can see how the “Philadelphia Statement” was derived from this article.

Unfortunately, many American colleges and universities have instead helped to shut down debate in the classroom. They have also chilled research and discouraged professors from presenting dissenting ideas to the general public. A blanket of ideological conformity now covers most campuses.

A WRONG KIND of blanket of ideological conformity of academia. Fixed it for you.

As two people engaged in the defense of the basic principles of Western civilization in higher education — one through a national organization, and the other at a graduate policy school — we are signatories to a new declaration of the importance of robust but civilized debate in our society: the “Philadelphia Statement: On Civil Discourse and the Strengthening of Liberal Democracy.”

…And there it is.

We support this statement because we believe that, despite its faults, American higher education can still help to restore America’s center of gravity.

Pete Peterson and Peter Wood, you are criminally stupid, willfully blind and incompetently treacherous. You ARE the faults in America’s higher education system. You deserve to bleed out your last drop in the concentration camps occupying your near future. You deserve to have your voices silenced, your wealth confiscated, your homes burned out and your children raised to hate you.

No, no, don’t blame me for saying that. I won’t be doing it. The people you should blame, the people who will do it, are the ones you pointedly refused to blame in these very two articles.

Now tell the world that I have the right to wish that harm upon you because viewpoints you don’t like should be tolerated.

As a nation we need to re-learn how to tolerate views we dislike and how to debate people with whom we disagree. The “Philadelphia Statement” points the way.

…this nonpartisan declaration warns, “A society that lacks comity and allows people to be shamed or intimidated into self-censorship of their ideas and considered judgments will not survive for long.” Threats to free and civil discourse now mar almost every American institution. 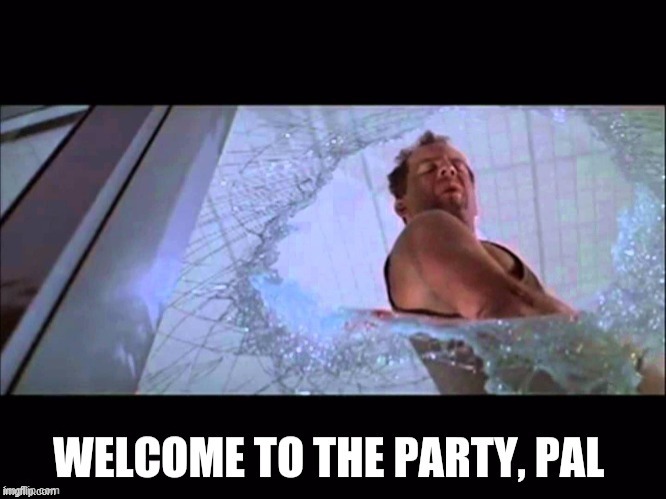 We believe that by returning to its foundational commitments, higher education can change our culture for the better. The Constitutional Convention of 1787 was memorably described by Catherine Drinker Bowen as the “Miracle in Philadelphia.” Nearly two-and-a-half centuries later, we’d settle for this “Signal on the Schuylkill” to reaffirm our national commitment to viewpoint diversity and civic dialogue.

Stick a fork in Conservatism. It’s done. The barbarians have finally reached their gates and their Plan A is to beg for the equality they were promised.

4 thoughts on “Philadelphia Statement Sticks the Fork In Conservatism”