For the funny files.

Man stranded in a lake saved by floating Tiki bar of priests: ‘Sign from God’

He prayed for help and it arrived.

A man stranded in 30 feet of water in upstate New York hanging on for dear life to his life jacket, his kayak and his new $1,400 smartphone – wound up getting rescued by men of the Lord: a floating tiki bar of priests.

Why couldn’t he just roll the kayak over and climb back in? That’s kayaking 101. Ohhh, right, he’d have to drop his phone in the water to do that.

Jimmy MacDonald, who is a substance abuse counselor and recovered substance abuser, was saved by the Paulist Fathers, a Catholic religious community from St. Joseph’s Seminary in Washington, D.C., who helped with the Tiki Tours staff. 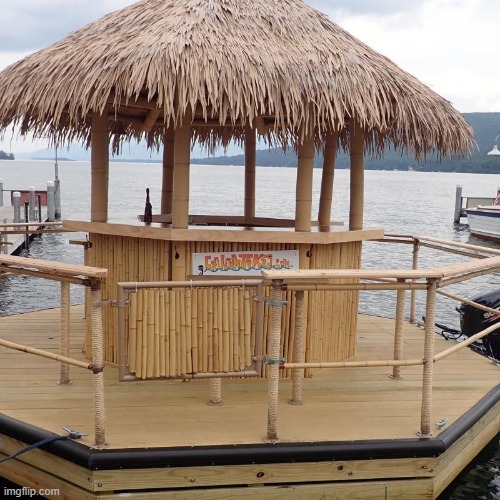 *Gilligan’s Island* The sea it started getting rough, the tiny ship was tossed…”

“A movement of the Holy Spirit” is how one of the seminarians, Noah Ismael, told NBC Washington about how the group of holy men serendipitously discovered MacDonald at Lake George in Albany.

MacDonald had drifted away from his family while snapping pictures.

Uh-huh. I have suspicions about a recovered addict who “got separated from his family” then showed up on a floating bar.

The choppy water kept him from getting back to shore – leaving him in huge fear before the saintly rescue.

“That’s when I said, ‘Alright, I think I might die today. I think this might be it.’ I prayed to my lord and savior Jesus Christ for help,” MacDonald said according to WNYT.

“I just take that as a sign from God that he’s got me here for a real reason,” said MacDonald.

That’s his story and he’s sticking to it.