A story is making the rounds of the Manosphere about a group of cop wannabes who walked into a Portland “not yet a riot” to see firsthand how brick-throwing monkeys behave in the wild. They were promptly educated and instead of admitting to gross stupidity, resorted to spreading scare tactics about how crazy-capable the monkeys were. This and a couple related stories are supposed to frighten me into believing that Antifa, aka Pantifa are supposed to be a highly trained and disciplined paramilitary cohort that needs to be taken seriously.

Fear is the mind-killer. Let me free you from that fear. 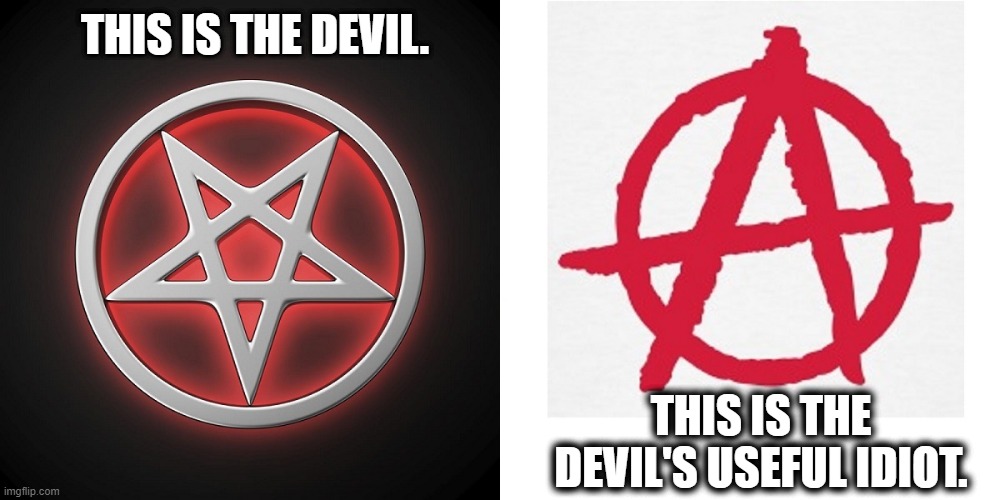 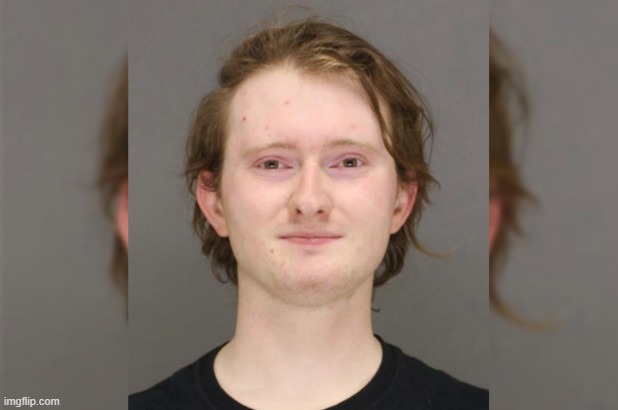 Look at his face. Look at it! Eyes still red from crying. Lips trying to look proud for the mug shot. He doesn’t have enough testosterone to be shaving even at age 23!

An Antifa leader known as Commander Red was busted carrying a flamethrower to a Wisconsin Black Lives Matter rally — and “dropped into the fetal position and began crying” when stopped by cops, officials said.

Last I checked, flamethrowers were California-legal. I always wondered how/why the Elites missed that one.

I doubt he’s actually a leader in Antifa. Those are called “community organizers” and they’ve been doing dirty shit for decades.

Matthew Banta, 23, is “known to be a violent Antifa member who incites violence in otherwise relatively peaceful protests,” a criminal complaint in his Green Bay arrest record insisted, according to WBAY.

He was carrying stickers and a flag for the controversial group — the name of which is short for “anti-fascist” — along with “military-grade 5-minute” smoke grenades, fireworks rockets, and a flamethrower, according to the Green Bay Press-Gazette.

Banta was stopped after being spotted with “a whole bunch of white people with sticks, baseball bats and helmets” heading toward a BLM event in Green Bay, police said in the criminal complaint.

The others fled when a cop blocked them with his squad car, but Banta was stopped and “dropped into the fetal position and began crying,” the police report said. He complained that the officer got on top of him, which police denied, WBAY said.

At the time of Saturday’s arrest, Banta was out on a $10,000 cash bond after being accused of pointing a loaded gun at a police officer as well as biting and kicking a cop at a protest earlier this month, the report said.

THIS is why Antifa is a threat. Their sponsors in the government. Felony assault with deadly weapon against a uniformed police officer, plus battery against police, and bail is set at only $10k? Did the judge pay his bail, too?

A condition of his bond was that he can’t have a dangerous weapon, according to the Brown County district attorney’s office.

The 23-year-old from Neenah, about 40 miles south of Green Bay, was charged with obstructing an officer and two counts of felony bail jumping after Saturday’s arrest, the report said. He was released late Monday on $2,500 bond, court records show.

Again, THIS is why Antifa is a threat. Bringing a flamethrower to Day XX of urban riots AFTER VIOLATING THE CONDITIONS OF PREVIOUS BAIL FOR VIOLENT FELONIES, $2.5k?

Antifa ain’t shit but Soros owns the district attorneys in every city. He ain’t shit either, doing open treason and sedition in broad daylight, but again all the authorities let him get away with it.

Is socialism anything but a desperate, increasingly violent cry to be spanked by righteous authority for bad behavior?

Next, here’s video of a Pantifa protester with a knife wound to the leg–enough to break the skin through pants but no serious bleeding–who screams like he’s never been hurt before.

Although I admit, I would have screamed like this too if I saw a Pantifa ‘medic’ strapping a tourniquet onto my perfectly good leg. Sourced from

Antifa guy gets scratched on his leg and LARPing medic applies unnecessary turniquite as he literally cries. 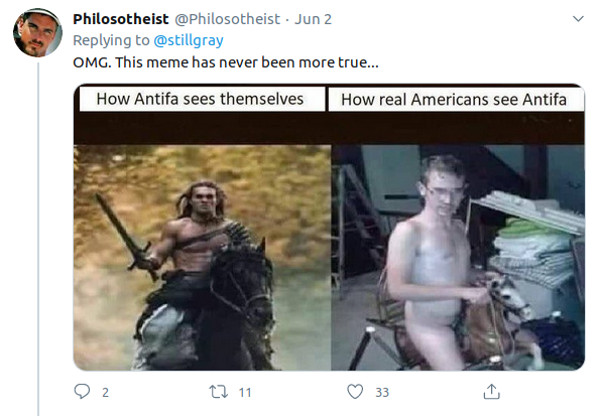 Portland Police arrest antifa rioters overnight. One of them is crying. Their comrades continue throwing projectiles at police, nearly hitting those being arrested on the ground. #PortlandRiots pic.twitter.com/s2e5k5h7eX

According to Portland officials, she had a bleeding abrasion on her head and was treated by a Portland Fire and Rescue field medic before being transported by ambulance.

Next, remember the recent CHAZ/CHOP anarchy experiment in Seattle? Starring rapper turned petty warlord Raz Simone? Here’s Simone begging emergency services to help with a shooting committed in his ‘town’ on his watch:

Medics refused to help even after people in the CHOP begged. They let our bro bleed out for 30 minutes till he died. Fuck politics. Fuck your currupt system. pic.twitter.com/PMwxU9yEzd

It’s like Dalrock’s Law for anarchists. First they drive you out, then they beg you to come back but only on their terms with them calling the shots on your dollar.

Here’s a cop who took a cheap shot with a car door after being pelted by mostly-peaceful protesters. I cannot explain how the perp didn’t see it coming.

Police car just drove by demonstrators on Classon Ave in Brooklyn — some of whom had been throwing cement — and opened passenger side door into a protester. pic.twitter.com/vd8Lq60TXC

And lastly, check out these mug shots of Portland’s Finest Anti-Fascists!

Antifa are undoubtedly the ugliest Americans to have ever existed. It is no wonder why they are angry, they look like some of the most miserable people you would ever meet. In this article, we will present to you some of the sorriest looking Americans you have ever seen.

And once again, most of these were immediately released with little or no bail even for repeat violent felonies. The linked article goes into profuse detail. Andy Ngo is doing the work of a thousand of his journalist peers.

Antifa are not a highly trained paramilitary organization. They’re hired scum & degenerates. That doesn’t make them less dangerous–if you see a mob heading your way then don’t be there, whether they’re Antifa or local color or a horde of rodents–but don’t fear them.

They’re the useful idiots of the real powers. Those you can fear because they have power over you. For now.