I couldn’t sleep last weekend, partly because of a heatwave and partly because there was so much lightning that I first thought my neighbor was binge-watching J.J. Abrams’ Star Trek movies. My count was 150 lightning strikes in ten minutes, when I haven’t seen lightning at all since about 2011. 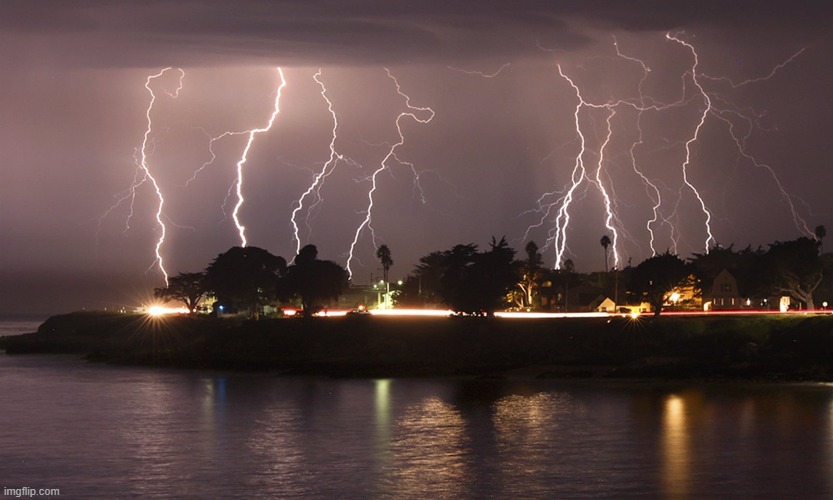 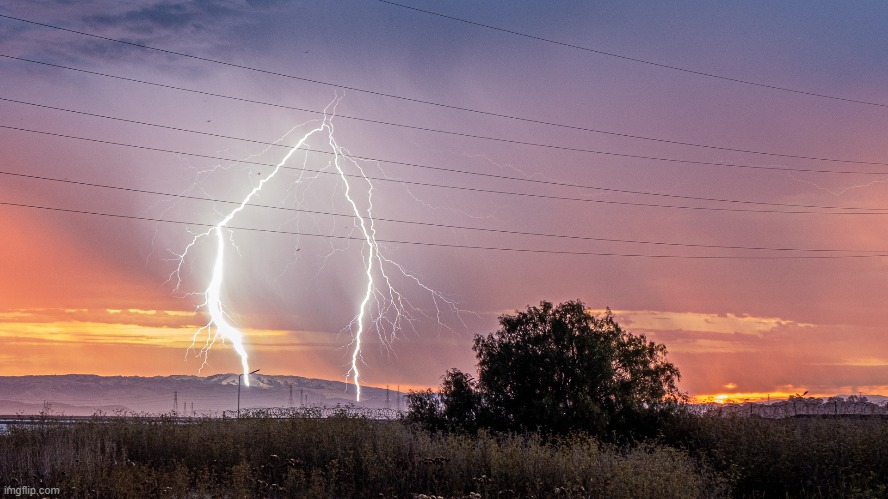 And we had a firenado because why not.

And the power went off. I wouldn’t even have noticed had the quarantine nor forced me to be spending Saturday night online with friends. Turns out that solar & wind power doesn’t always  work even in the height of summer when the energy yields peak.

Naturally, this all happening during fire season has resulted in yet another epic fire season. That’s not news. If Pacific Gas & Electric doesn’t start the fires with faulty equipment and no funding for tree trimming then God will do it directly, I guess. What is news is that some of the fires were burning practically in my backyard and I didn’t get activated as a volunteer firefighter.

I am trained specifically to support firefighters fighting brushfires. For example, I can run cooling cabanas (pop-up shades with misters that help firefighters cool off and rest in between air tank fills), direct traffic and other basic skills to free up the experts. I can even substitute as inmate labor although I won’t remind anybody of that.

Instead, I helped a coworker evacuate his home.

I talked with some folks I know. Turns out, the fire department was prohibited from using volunteers because of COVID. We might have infected the firefighters despite wearing masks and social distancing and washing our hands every five minutes! And I’m not joking about that last one. Our latest newsletter had so many lockdown hygiene warnings that I probably wouldn’t have shown regardless, because if they’re that convinced I’m vomiting blood, pus and plague from the moment I say hello then I don’t want to bother “infecting” them with my assistance.

Turns out, they didn’t even give me the chance. Safety first!

What they say is true, the lockdown will do more damage than the disease ever would have.

This Newsweek article illustrates other ways in which the COVID lockdown is ruining us.

As California battles both wildfires and the ongoing coronavirus outbreak, resources have been “stretched totally thin,” the California Department of Forestry and Fire Protection (Cal Fire) told Newsweek.

Man, Newsweek is going downhill if the quality of their editing has gotten bad enough to ruin the first two sentences of a published article.

Nearly 150 firefighters from Cal Fire, which is responsible for fighting fires in over 96 to 99 million acres of California’s nearly 101.7 million total acres of land, are currently in quarantine due to COVID-19 infection or exposure.

Lame-O statistic. It’s called CalFire because, yes, it fights fires across the length of California.

“For Cal Fire, right now statewide we have approximately 130 firefighters who are quarantined. Out of those, over half have tested positive [for COVID-19] and the rest were exposed due to it. So this adds to the strain on Cal Fire,” he said.

They sidelined sixty-odd firefighters because they were in the same room as people who weren’t even symptomatic.

Even before the outbreak began, due to budget cuts Cal Fire was short by 400 firefighters to bring the department up to its minimum operational requirement, Edwards noted.

In addition, Cal Fire’s total number of inmate crews, who operate line construction around fires to contain them, have nearly halved from 99 to 45 crews, Edwards told Newsweek. Each inmate crew consists of 15 to 17 people.

Oh, that’s right! We emptied the prisons! Now crime rates are through the roof while firefighting is left hanging. (In fact, police are currently arresting looters who target the homes of the evacuated.) I recall those inmate crews are actually paid to fight fires so this isn’t mere slave labor, but maybe that’s changed in the last couple decades. For a group too scared to call a hard drive “master”, legislators have surprisingly few qualms about issuing mandatory guidelines.

Fires are being battled along the central coast, including the areas of “Santa Clara, Santa Cruz, Monterey, Sonoma, Napa. All up there along San Francisco, we have multiple fires going on right now,” Edwards said.

“But because the fires in southern California, including in Los Angeles, Ventura, Riverside, San Bernardino areas, broke first, they got the majority of the resources,” he said. So these areas are struggling to get their resources freed to help fight fires in the other parts of California.

“If it continues in this state, there will be a time when federal and state governments will have to decide whether to bring on additional resources,” in the form of “hiring more federal firefighters and more single [individual contractors] firefighters to take over these fires on federal land,” Edwards said.

“At some point in time, they [governments] will have to make that decision if it keeps going at the pace it’s going now,” he said.

The decision has already been made, Edwards. The Federal government will rescue California or it’ll be Trump’s fault that Governor Newscum and friends looted the budget of all its wealth and left We the Taxpayers with nothing but homosexual Marxist schoolteachers for our money.

I cannot wait for California’s leaders to die of their AIDS and syphilis and cronies. The loathsome swine! Parasites! I know why they fear the noose and it isn’t because of any racism! It’s because that’s the favored tool of vigilante mobs of righteous American men! And they call ME diseased, those pig-fucking lovers of LGBT activists!

Edwards said: “It’s been really difficult because we’re having individuals do 36 plus hours straight on a fire line. And with the amount of heat [in the state] right now and especially given the terrain these fires are in, there’s a high risk of fatigue and injury. We’ve had a lot of heat strokes [at least 15 individuals affected so far] already.

“With less manpower, the firefighters are working longer and harder, which puts a stress on their bodies. Fatigue can cause injuries. So right now, we’re trying to keep our guys as rested as we can.

How sustainable are the current strained conditions? “Realistically, we’re gonna have to keep going until these fires go out and get the job done. But at the end of the day, how many firefighters were gonna have injured is gonna be higher than normal,” Edwards said.

Government that refuses to do its job is not a legitimate government. The people then have the right and duty to replace that government. Here, the California State government refused to properly fund firefighting efforts while spending billions unaccountably on what turned out to be a false threat. For this, there MUST be consequences! Because the perpetrators are unrepentant.

Holding morning briefings, which usually see fire crew members “just pile into an area,” Edwards noted, has proved to be more difficult now, with enhanced safety measures required amid the ongoing pandemic, including temperatures checks before crew enter their fire base camps.

Whaaaat? They’re checking forehead temps of FIREFIGHTERS RESPONDING TO BASE CAMPS? “Oops, you’re a bit feverish from that last fire you fought this morning! That’s two weeks of quarantine for you and the crew you came in with because there’s no way a 40,000-acre brushfire is more important than protecting us from your China Balls!”

[Edwards continued]: “Our base camps (fire camps) have to be more strategically planned out because of the social distancing and mask requirements. We have to have bigger areas where crew can stand technically six feet apart.

“So it’s creating a logistics problem, having to find a big enough area to hold these briefings, as well as house them [the firefighters], feed them [between fires],” he said.

Maybe it’s true that California deserves to die. If firefighters are willing to sabotage their own firefighting efforts because some desk-humping bureaucrat in an air-conditioned office said “Chinaballs” then there’s nobody to save California for.

Cal Fire was said to be lacking 400 firefighters before the pandemic due budget cuts over the years.

“In the January budget, the governor [California Gvo. Gavin Newsom] proposed [hiring] 553 new firefighters just to bring us up to where we need to be. But we didn’t get all of those. We’re still short 400, so we were given 153 firefighters,” Edwards told Newsweek.

“Because COVID came along and killed the state budget, we were not able to get them [the full 553 new permanent staff firefighters]. So COVID killed the budget. This just creates an even bigger problem [for staff shortages].”

6 thoughts on “Fireballs Versus Chinaballs”