Much ado is being made about the ultrawealthy and the “knowledge workers” leaving cities for more affordable & spacious locations. It rarely amount to more than first-level thinking such as “good riddance to the One Percent” or “why weren’t they already telecommuting anyway?”

The strength of cities is its labor force. That’s why the factories were built there and it’s why Silicon Valley is full of people who theoretically could telecommute… they want to be part of the labor pool. While in theory a lot of tech-based jobs do not require meatspace socializing, the simple fact is that meatspace socializing is what people do. Blah blah efficiency but few people are naturally so misanthropic as to be happy toiling in physical isolation.

Thus, the telecommuters will flee to the suburbs but not farther, because they’re still human and wired to socialize.

The superwealthy don’t like cities. Never have, because they’re full of uncultured proles who alternate between envying them and sucking up to them. They go there to work but always maintain residences in pleasant (and remote) locations along with those stereotypical penthouses. I daresay those fleeing NYC banksters aren’t escaping to any newly purchased destinations.

But the purpose of cities as labor warehouses will continue because humans are human.

Plague doesn’t change any of the ancient equations. You’re born on a farm and die in a city, it’s always been that way, because farmers breed their own labor force and a city is short on space.

The cost of city living is a result of 1. the debt economy driving up prices, 2. banksters using real estate as hedges against the very inflation they profit from and 3. population mobility. The cost of California property would plummet if immigration was reversed and people were required to live in the houses they purchased.

And on that note, the reason cities are liberal cesspits is because predators go where the food is. If you get your kicks from hurting innocent people then you won’t dedicate your life to becoming the Commissioner of Podunk County. No, you’ll move to the capitol and campaign for Mayor.

Every city-government-level election victory should be celebrated with an all-access investigation into the winner’s personality, known criminal associates and whether he tortured the family pet as a child. I look forward to the day when not having a detectable disgust reflex invalidates a man from holding office.

Let me try to teach these concepts to the slow class:

Nolan is formerly of Gawker?! This should entertain.

Have you heard? The gold­en age of the Amer­i­can big city is over. The pan­dem­ic and the protests are scar­ing peo­ple away. Res­i­dents are flee­ing. Crime is up. Bud­gets are bust­ed. The offices are emp­ty, the rich are mov­ing to the sub­urbs, and the peri­od of unbro­ken pros­per­i­ty has shat­tered forever.

Evil. Crime is up, the leaders have betrayed the people and the System in general is crashing.

Well — to be more pre­cise — there is a strong poten­tial for this to be good, if a few things break the right way. The pan­dem­ic is bad, as is the human suf­fer­ing and the eco­nom­ic cat­a­stro­phe — and it’s all like­ly to get worse. But the city? The city is going to be reborn for the better.

No. The Red Dawn is E.V.I.L. Nothing good can come of it.

Cities are for people whose work requires lots of labor, or who want to sell their labor. If you aren’t looking for a job then why not live cheaper in the boonies? Many retired people do.

Cities are — or should be — fre­net­ic quilts where every type of per­son lives togeth­er. The mag­ic, and the ben­e­fit, of cities is that they bring togeth­er rich and poor, young and old, artists and busi­ness peo­ple and col­lege kids and retirees and hus­tlers, facil­i­tat­ing unpre­dictable rela­tion­ships and smash­ing (to some degree) the bub­bles that we form to sep­a­rate our­selves from one another.

It never ceases to amaze, that liberals value diversity. I remember trying to convince a coworker that language diversity meant I couldn’t even say hello to my (Asian) neighbor, and that was bad for community-building. It positively HURT to explain something so blindingly obvious.

One would think that Chinatowns and Italian Quarters being typical features of city life would tip off the Kool-Aid drinkers that people don’t like to regularly confront cultural barriers.

That capa­bil­i­ty of cities has bro­ken down in two ways. Some cities have been hol­lowed out by post-indus­tri­al decline, los­ing the pri­ma­ry dri­vers of their economies with noth­ing to replace them. This is the Detroit prob­lem, and its emp­ty down­towns and board­ed-up homes can be seen in once-thriv­ing cities across the coun­try.

Yes, the loss of need for labor caused by, at first, unions driving labor costs too high, followed by “off-shoring”. Which is when Chinese cities began to enjoy exponential prosperity.

But oth­er cities have been afflict­ed by the oppo­site prob­lem: death by pros­per­i­ty. From New York to Los Ange­les, San Fran­cis­co and­ Seat­tle, a rapid influx of wealth into such cities has raised the cost of liv­ing in gen­er­al, and the cost of hous­ing in par­tic­u­lar. In the most suc­cess­ful cities in Amer­i­ca — the very places where it would make the most sense to encour­age the most peo­ple to live — the rent is too damn high, and, for the aver­age work­ing per­son, buy­ing a home is a math­e­mat­i­cal impossibility.

Immigration driving down the price of labor. Also, banksters artificially inflating the cost of housing with tricks from environmental activism to inventing fraudulent renters.

This con­di­tion has reached the most absurd pro­por­tions in San Fran­cis­co, where there are vir­tu­al­ly no homes in the entire city that one could pur­chase on a teacher’s salary. The same dynam­ic is true in large swaths of New York and oth­er thriv­ing cities. Unless you believe that cities should come with ready-made slums pop­u­lat­ed by the ser­vant class­es, you have to admit that a city with­out afford­able hous­ing is fun­da­men­tal­ly flawed.

But WHY is there no affordable housing? Don’t just say “prosperity”. Say “immigration” and “investment properties” and “tax shelters”.

The most ratio­nal response to this influx of rich peo­ple into cities would have been to build a large amount of new hous­ing, in order to pre­vent the prices of the city’s hous­ing stock from sky­rock­et­ing as it was bid up by wealth­i­er res­i­dents.

You can’t build more housing, as a general rule. There are hard upper limits, both physical and social.

Of course, that is not what hap­pened. Instead, every city just allowed their hous­ing prices to sky­rock­et until they faced deficits of hun­dreds of thou­sands of units that would need to be built in order to meet demand.

In the long term, that hous­ing will indeed have to be built as cities grow; but the past decade is proof that in the short term, it will not hap­pen, due in large part to the intran­si­gence of exist­ing home­own­ers, who make up the most potent force in any city’s local politics.

Earlier, he complained about the prison-industrial complex. Now he complains about homeowners not cooperating with the construction of ultra-high-density housing. News flash, increasing the size of the labor pool FURTHER will do nothing to raise the wages of laborers!

For years, it has seemed like many of America’s cities were doomed to become increas­ing­ly unaf­ford­able playpens for the rich, able to be vis­it­ed by nor­mal peo­ple, but not lived in. Unless… there was an exo­dus of the upper class from major cities. Wow — that’s just what the pan­dem­ic has pro­vid­ed! All of the trend sto­ries about New York­ers flee­ing the city ​“in droves” are not about the poor, nor about the mid­dle class. They are about the wealthy, who have the means to go live wher­ev­er they want. And while this dynam­ic is being pre­sent­ed by some media out­lets as a night­mare, the real­i­ty is that a reduc­tion in the demand of upper class peo­ple to live in cities would serve as a release valve on hous­ing mar­kets, mak­ing these cities more afford­able for every­one else.

The Elites have worked very hard in recent years to drive off the normies. Confiscatory taxation, slave labor both imported and home-grown homeless.

The middle class leaving the cities is a major priority for the rich because the remaining labor pool will be more easily exploited. Don’t confuse the Elites’ COVID-vacations in the Hamptons with a refusal to return to the cities.

Frankly, the only reason so many Elites insisted on living in NYC as long as they did is Jewish xenophobia and the profitability of insider trading on the stock markets. Look, social connections!

No, it’s poverty that brings homogenity. If you’ve seen one strip mall in the barrio then you’ve seen them all.

Of course, there is a steep down­side to what is hap­pen­ing to cities right now. City bud­gets rely on tax rev­enue. When the busi­ness­es and the peo­ple in cities are not mak­ing mon­ey, and when the prop­er­ty val­ues decline, tax rev­enue goes down, and bud­gets get cut. We are liv­ing through that now. New York City is poised to lay off more than 20,000 city work­ers, and they are not all bad cops. They are san­i­ta­tion work­ers and ambu­lance dri­vers and tran­sit work­ers and the oth­er peo­ple who make the city run. Los­ing them will make the city a worse place to live. The city will be dirt­i­er, crime will rise, the sub­ways will break down, and count­less needs will go unmet as ser­vices are slashed. If all of this were inevitable, it would cer­tain­ly be a strong argu­ment against the idea that there is any sil­ver lin­ing to all of this.

But it is not inevitable. City bud­gets can be res­cued by the fed­er­al gov­ern­ment. 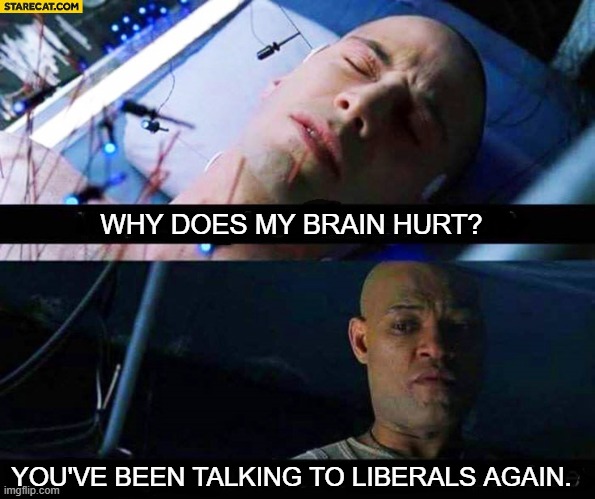 Indeed, mon­ey to bail out city and state gov­ern­ments, to pre­vent the cut­ting of ser­vices out­lined above, appears to be one of the main stick­ing points in the cur­rent stalled nego­ti­a­tions between Democ­rats and Repub­li­cans on a new Covid res­cue pack­age. If Repub­li­cans get their way, city bud­gets will have to be cut, and the down­ward spi­ral will com­mence, and any new hous­ing afford­abil­i­ty will come at the cost of a much more bro­ken city that will hurt the most vul­ner­a­ble res­i­dents. But if the fed­er­al gov­ern­ment does the wise thing — most like­ly under a future Pres­i­dent Joe Biden —then we could enjoy the exo­dus of a good num­ber of wealthy peo­ple from our cities and the sub­se­quent relief in hous­ing prices with­out the awful cuts to mass tran­sit and oth­er ser­vices.

In that sce­nario, we could legit­i­mate­ly be enter­ing a new gold­en age of cities — afford­able for nor­mal peo­ple, open to art and music and cul­ture once again, and with­out Chase branch­es and tech bros lit­ter­ing the streets. The dream would be realized.

And yet, the homeless bums would remain to “revitalize” downtown with vibrant culture!

So keep yelling at the rich to scare them away, but be sure you also yell at Con­gress. If we don’t get that bailout mon­ey, things are gonna suck. But if we do, you may final­ly get a chance to live with­out a roommate. 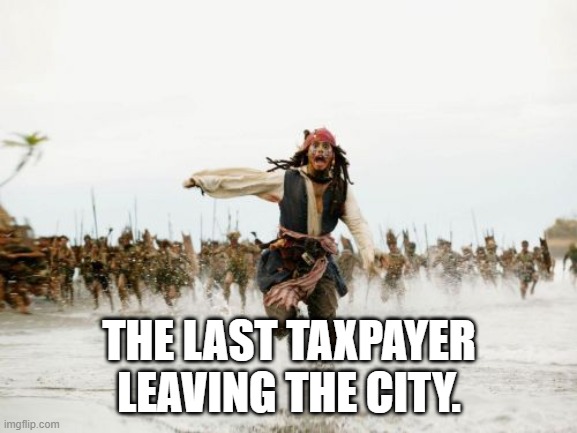 But the supply of cheap, exploitable labor will remain behind.