One pic that’s maybe NSFW. After an exhaustive (lazy) search, I have found the perfect incident to describe the Portland situation. One stupid chick put herself in danger then stabs an Antifa chick in the boob, later is found by police but walks free because another Commie terrorist stole the knife she left behind when police tried to do their job.

Officers have determined that the stabbing took place in Lownsdale Square park when an adult female suspect entered the park taking photos and/or video. 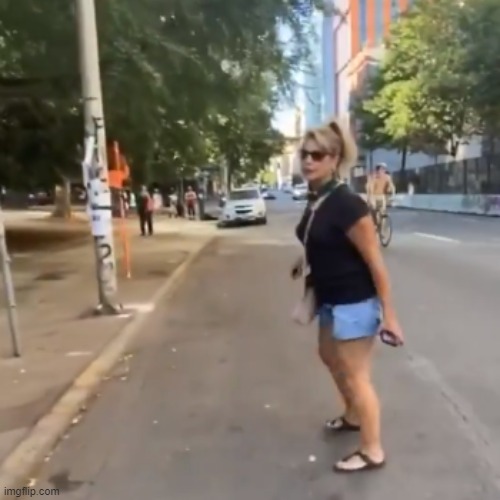 The alleged stabber, a stupid unescorted female who showed up to a Portland protest with shorts, flip-flops a Karen haircut… and a knife? No man who understands violence would have been so entitled and careless.

An argument ensued between the female and other people in the park. During the argument, the female produced a knife and stabbed another female in the chest. The victim is being treated at a hospital and her injuries appear to be non-life threatening. Ouch! A Portland boob job! A few inches deeper into her body fat and the “victim” would have been forced to shut up. Fortunately, the knife missed the tramp stamp so she’ll make a full recovery. 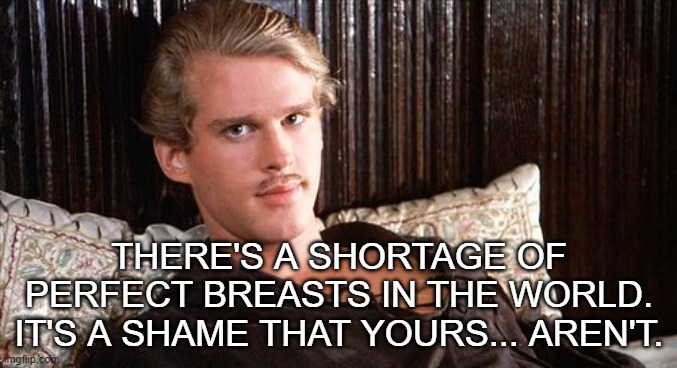 The suspect initially left but returned and is being interviewed. There is no known ongoing danger to the community related to this incident.

She had apparently dropped her knife at the scene and gone back for it. Unbelievable.

During the initial response, officers encountered a hostile crowd and additional police resources were summoned to try to conduct an investigation. Officers initially located the knife used in the stabbing, however as the officers were trying to secure a crime scene someone picked it up and ran off with it.

Officers were unable to safely conduct an investigation due to the hostile crowd, and supervisors made the decision to disengage. As the knife is evidence, it should be returned to police custody.

Too late, spokeswoman. To put it very clinically, “the chain of evidence has been broken”.

When it’s one person against a group of Communists then lethal force from the one is acceptable. Even if she shouldn’t have been there in the first place.

4 thoughts on “Karen Versus Antifa!”