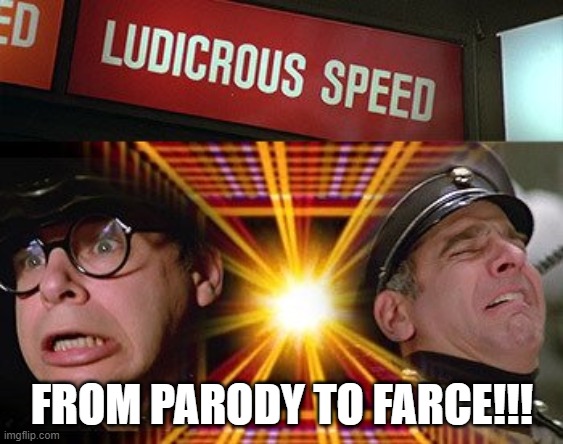 From his wikipedia page, “Jim Denison is the founder and CVO of the Denison Forum, a nonprofit Christian media organization that comments on current issues through a biblical lens…. The Denison Forum was founded in February 2009. It was formerly known as the Center for Informed Faith, an independent ministry hosted by the Baptist General Convention of Texas.

He is the Resident Scholar for Ethics with Baylor Scott & White Health, a Senior Fellow with the 21st Century Wilberforce Initiative, and a Senior Fellow for Global Studies at Dallas Baptist University, where he heads the Institute for Global Engagement.”

A literal globalist. Per their website, IGE works directly with the Chinese government.

Why America Is So Conflicted over the Pandemic

Oh, I wish America WAS conflicted over the plandemic.

Many school boards across the nation are debating with local health officials and parents over opening school this fall. Some universities are planning to reopen in-person classes, while others are not.

No. Many health officials are issuing illegal dictats to school districts… with resulting chaos over who is responsible for what. We couldn’t obey the government if we wanted to, because the government wants us confused.

Some ministers worship God while the others worship Government. When Christ told us to enter Heaven via the narrow gate, He meant righteousness not the scrawny nerd.

Some theologians believe that Windows being hopelessly susceptible to viruses for its entire design life was a prophetic warning about Bill Gates’ human vaccination program.

Debates are raging over various therapies and the propriety of receiving an eventual vaccine for COVID-19.

Oops, Denison gave away the game with that one. There is no debate. There is only Cancel Culture because a cure too soon would mean no vaccine.

Meanwhile, bad news continues to mount. More than 1,400 coronavirus-related deaths were reported nationwide Wednesday, roughly one fatality for every minute of the day.

The total number of confirmed cases has passed seventeen million as of this morning.

Not even symptomatic cases.

The US economy contracted by 9.5 percent last quarter in a record decline. The stock market fell more than two hundred points yesterday in response. The chair of the Federal Reserve has warned that the path of the economy depends on the path of the pandemic. And stimulus payments run out today as Congress cannot agree on next steps to provide economic assistance.

Yes, it’s called the Heisenberg uncertainty principle. If you print money fast enough then you don’t know how much you actually have at any specific point. Year 2020 might be the first time in history that money got printed faster than the speed of light. It’s no wonder those poor Congressmen are confused by physics! Their only skill is handling mobs like Steve Irwin handled snakes.

I am en fuego today! Enough with the warm-up.

We might think that the worst pandemic and recession in a century would unite us in response, but the opposite seems to be the case. Why? 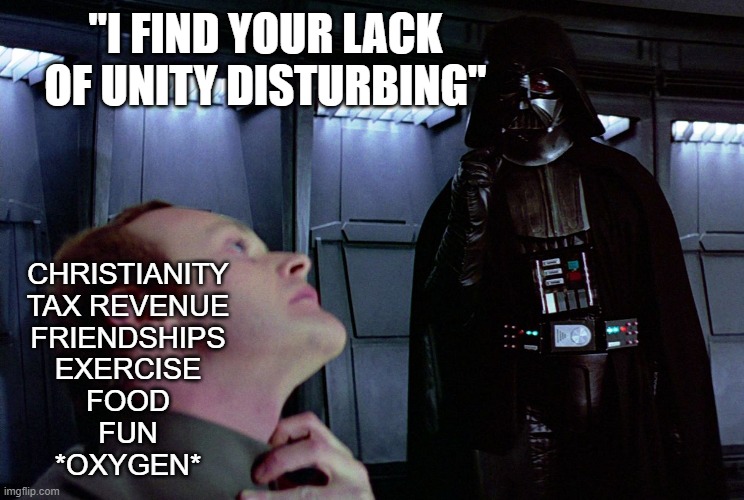 In an article for the Boston Globe, cultural psychologist and author Michele Gelfand writes: “The decentralized, defiant, do-it-your-own-way norms that make our country so entrepreneurial and creative also deepen our danger during the coronavirus pandemic. To fight this pandemic, we can’t just shift our resources; we have to shift our cultural patterns as well.”

In her view, our nation’s conflicted responses to the pandemic “reflect a broader cultural phenomenon. In a loose culture like the United States’s, people are simply not used to tightly coordinating their social action toward a common goal and, compared with other nations, we’re more ambivalent about sacrificing our freedom for strict rules that constrain our choices.”

Dr. Gelfand cites the US, Italy, and Brazil…

…as examples of “looser cultures” which “have weaker rules and are much more permissive.” She contrasts them with Singapore, Austria, and China as “tight cultures” which have “many rules and punishments governing social behavior.”

The latter have “histories of famine, warfare, natural disasters, and, yes, pathogen outbreaks” and have learned the hard way that “tight rules and order saves lives.”

The Communist Chinese government holds the all-time world record for murdering its own citizens. The competition was fierce but not close. Powerful, centralized government is the primary cause of the world’s wars and, after the invention of refrigeration in the 19th Century, its famines.

Hey, did you know where COVID-19 came from in the first place? CHINA! That beautiful land of “many rules and punishments governing social behavior”. How are they the success story that we should emulate?

Cultures that have faced few threats, such as the US, “have the luxury of remaining loose. They understandably prioritize freedom over constraint, and they are highly creative and open, but also more disorganized than their tight counterparts.”

She notes that the US shifted “from loose to tight” during World War II and believes we need to do so again by “temporarily sacrificing liberty for stricter rules” so we can “limit the damage from this disease.”

But Denison hasn’t yet thrown in his own two cents:

Dr. Gelfand’s cultural analysis is both instructive and illuminating. As a philosopher, however, I would add a second dimension: The “tight” cultures she describes have been less influenced by the Western emphasis on the individual.

America’s founding document proclaims that “all men are created equal” with the individual right to “life, liberty, and the pursuit of happiness.” These values have been catalytic to the remarkable achievements and progress of our great nation.

DENISON CHOPPED UP THAT SENTENCE IN ORDER TO GET RID OF GOD!

Quoting the entire sentence, with the portions Denison mentioned in boldface: “We hold these truths to be self-evident, that all men are created equal, that they are endowed by their Creator with certain unalienable Rights, that among these are Life, Liberty and the pursuit of Happiness.

What part got left out? The part about humanity having a Creator who does not see us as cogs in a great machine.

However, since World War II, we have also been influenced by existentialism and postmodern relativism. As a result, we are a “post-truth” culture in which truth and meaning are found in our personal experience. “My truth” is not “your truth,” and vice versa.

No, no, no. There’s no “also” in that. We believed in individualism because God gives us individual souls. That belief ended as our schools, including the seminaries, began teaching existentialism and relativism.

It is logically impossible to be both Christian and “post-truth”.

As a theologian, I would add a third dimension: humans are infected with what Nietzsche called the “will to power.” Because of our fallen nature, we seek to be our own god (Genesis 3:5). This drive for personal power, expressed in a culture that centers on individual rights and happiness, produces the kind of “loose” culture Dr. Gelfand describes.

How does this discussion relate to masks, public worship services, and other pandemic issues that are highly controversial?

A GUIDING PRINCIPLE WE NEED
Some in our “post-truth” culture question scientific arguments for masks and against treatments such as hydroxychloroquine. Our emphasis on individual liberty leads some to resist governmental authority regarding worship, school, and masks.

I can hardly believe that even a fake Christian just said that. 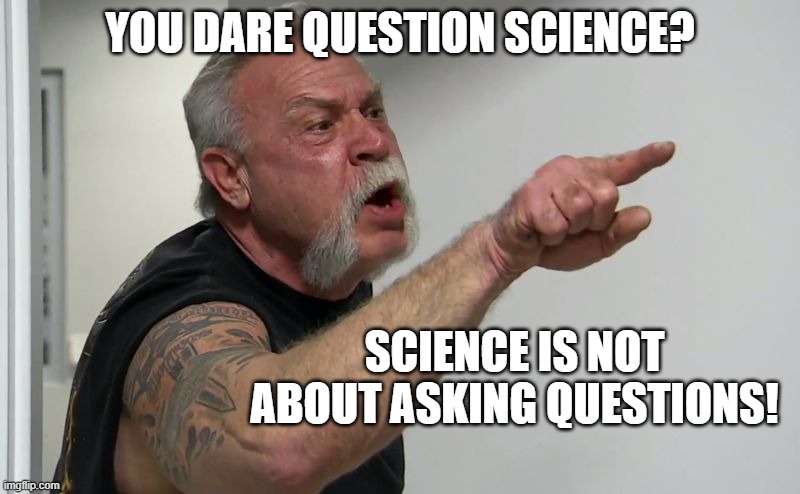 In the midst of this cultural conflict, Christians should adopt Jesus’ command to “love your neighbor as yourself” (Matthew 22:39) as a guiding principle. Here’s how I understand this command to relate to the pandemic.

I always wear a mask whenever I am around non-family members. I am persuaded by the science that says masks protect others and myself, and I want to do nothing to harm my neighbor. If there is even a chance that not wearing a mask could infect others, I choose not to take that chance. And I choose not to give offense to my neighbor (cf. 1 Corinthians 10:32) who believes that my mask-wearing protects them.

That’s nice, Jimmy boy, it’s really nice that you restructured your life the way you were already going to in order to show what a good boy you are… while demanding that other people believe what you believe and do what you choose to do.

But you made two mistakes.

Number two, what you missed in the Commandment, Jimmy boy, was “love your neighbor AS YOURSELF.” I refuse to wear a mask for YOUR safety and therefore expect, nay, require that you let me be responsible for my own health in return. I don’t force a vaccine on you; you don’t force a vaccine on me. That Commandment is a mandate against hypocrisy, not an unconditional mandate to worship the State as Christ’s successor.

Which brings me to your first mistake. It was indeed a conditional mandate… being the second greatest Commandment.

In-person worship is more contextual. At the chapel where I preach on Sundays, we have chosen to offer virtual worship because we do not believe we can keep our “neighbor” safe at in-person gatherings. Your church may feel differently about your congregation and safety protocols. My point is that you should make loving your neighbor central to your decision.

The FIRST Commandment is to love God above all other loyalties, even above family, and specifically above those “loyalties” that have banned Christianity: banning church attendance, banning Communion, banning baptisms, banning hymn-singing, banning fatherhood and banning obedience to any authority other than the globalist agenda.

If you care more about your neighbor’s health than worshiping God in the ways He decreed then you are an enemy of God and will surely rot in Eternal Hell.

In a “loose” culture driven by individualism and relativism, loving our neighbor as ourselves is a privilege that will make a greater difference than we can imagine, one life at a time.

Who are your neighbors today?

Not you, Jim Denison you false Christian and globalist infiltrator into God’s Church. You are like the Levite in the Parable of the Good Samaritan: a credentialed expert in religion who, upon seeing a man ruined by robbers and needing help, reminded him to cover his face and not visit your church.

For his safety, of course.