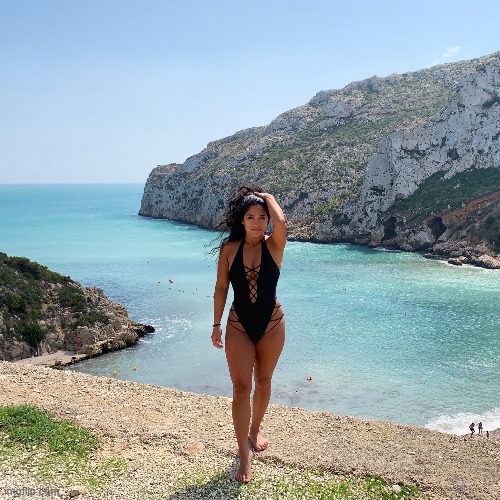 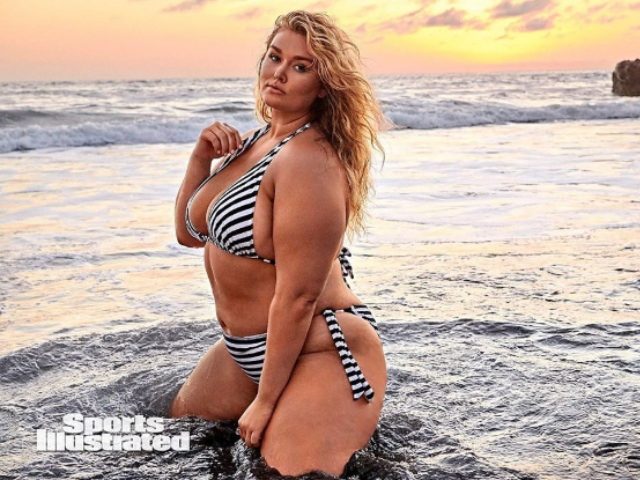 No, no, I’m serious. What we just did was peer review.

“Presented at the Forty-seventh Annual Symposium of the Society for Clinical Vascular Surgery, Boca Raton, Fla, March 16-20, 2019.” Nobody noticed at the time, of course, because nobody goes to a symposium at a Florida resort to stay indoors and discuss paperwork.

It has been demonstrated that publicly available social media content may affect patient choice of physician, hospital, and medical facility. Furthermore, such content has the potential to affect professional reputation among peers and employers. Our goal was to evaluate the extent of unprofessional social media content among recent vascular surgery fellows and residents.

What’s wrong with drinking outside work? You wouldn’t want a doctor who can’t unwind.

Uh-oh. I don’t suppose the authors were Christians looking for heretics and nobody tried to define what the boldfaced meant. This might have been a witch hunt rather than a chick hunt. Epic backfire if so, however, because notice they also included “inappropriate attire”. Which meant girls being PRETTY in swimwear! 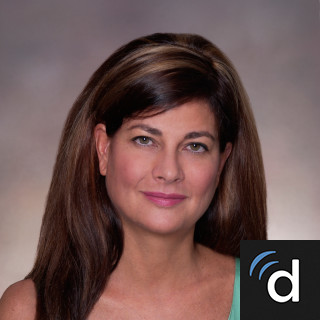 This is Erica Mitchell, the only female co-author. Glossy hair is nice but I see a lot of masculinization in her face. Angled eyebrows, hooded upper eyelids, flattened lower eyelids, a jawline feminine in adolescence but since bulked out with proto-jowls and a lower lip thicker than the upper lip. Prominent cheekbones indicating social dominance. Not sure what her pencil neck indicates other than frailty.

I find confirmation in her parting her hair for transitioning to a “Karen” haircut. In fact, I wouldn’t be surprised if most of that hair is a wig, considering this pic was taken in a studio. Conclusion: ball-busting feminist dyke.

Assuming all wimminz were on social media, only one-quarter of men were dumb enough to have easily traceable social media accounts. Not bad.

Let’s do all of them at once! 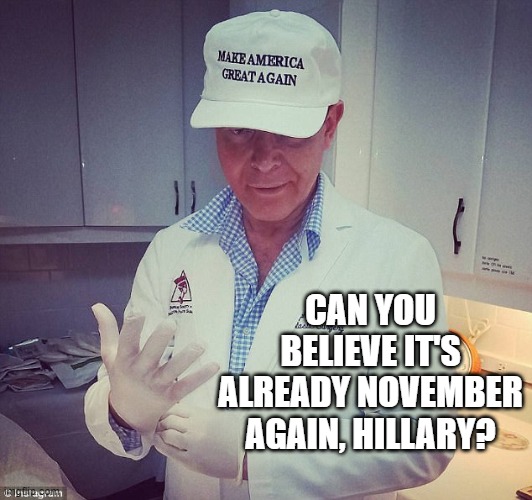 One-half of recent and soon to be graduating vascular surgery trainees had an identifiable social media account with more than one-quarter of these containing unprofessional content.

Account holders who self-identified as vascular surgeons were more likely to be associated with unprofessional social media behavior. Young surgeons should be aware of the permanent public exposure of unprofessional content that can be accessed by peers, patients, and current/future employers.

Not really permanent when most of the female vascular surgeons want to attract a husband rather than practice specialty medicine in a very unstable workplace.

This is a postcard of what Dalrock called “female territory marking”. 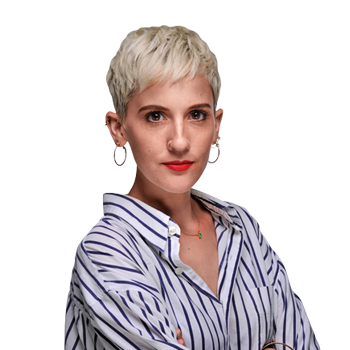 This is Harriet Hall. I hope her preferred pronouns are weirdo, ugly and fake.

Straight off the bat, I might as well admit that I’m not an avid reader of the Journal of Vascular Surgery…

…but I’d be tempted to make a wild assumption (“ass”, I know… “you and me”) about its typical contents: veins, arteries, lymphatic vessels and ideas backed up by scrupulous peer-reviewed research with which to maintain the respective healthy functioning of each.

Which is why I was surprised to read about a study published in said esteemed journal on something quite different: the “prevalence of unprofessional social media content among young vascular surgeons”. The study claimed to be concerned with the impact a surgeon’s public social media account might have on their professional reputation and a prospective patient’s choice of surgeon. What resourceful use of scarce scientific funding.

The journal was obviously getting low on publishable content. Complaining about the death rates from being shut down to reserve hospitals for plague carts that never showed up, however, would have been politically incorrect, so instead they tried to focus on the politically incorrect behavior of individual dissidents.

Only for the effort to be derailed by Doctor Karen getting catty against the pretty girls.

The scientists involved, from the Boston Medical Centre and Salem Health Vascular and Endovascular Surgery, compiled a list of 480 graduating trainees and screened their publicly available social media activity, taking into account any “clearly unprofessional content” including unlawful behaviour and profanities about colleagues, as well as any “potentially unprofessional content” including “holding/consuming alcohol”, discussion of any “controversial topics” and “inappropriate attire”. The latter was categorised as “pictures in underwear, provocative Halloween costume and provocative posing in bikinis/swimwear”. Six out of seven of the study’s authors responsible for defining what was “inappropriate attire” behaviour were – and I’m sure this comes as a huge shock – male.

Both sexes are interested in detecting inappropriate attire. Men to enjoy it, pretty women to model it and ugly women to punish it.

This is what happens when you put women into STEM. Wimminz gonna wammin.

In response to the publication of the research, female surgeons began sharing photographs of themselves across social media wearing bikinis using the hashtag #MedBikini. “I am a woman in medicine who loves to travel to tropical locations and dress accordingly,” captioned one. “I will not wear my white coat and scrubs to Hawaii.” 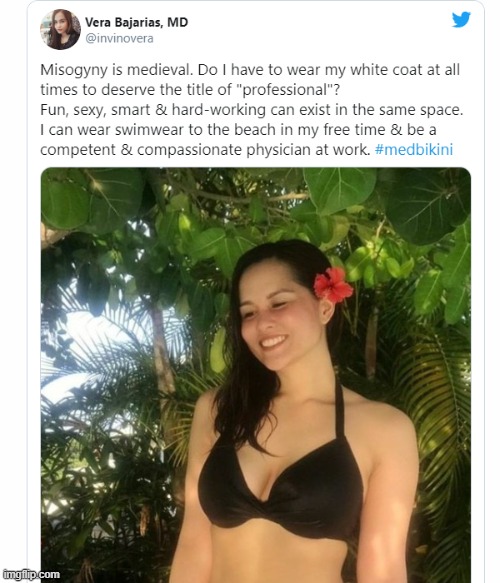 Cute, but she comes with a blue check mark and $250k in student loans. Pass.

Other women began sharing the sexism they’d experienced at work, contrasted with the professionalism experienced by their male colleagues. The journal has since apologised and pledged to take “resolute steps to improve our review process and increase diversity of our editorial boards”. But that’s not really the point, is it?

Hastily making apologies after the fact is rather less effective in tackling diversity than simply not operating in a sexist manner in the first place. A lack of “diversity” also feels like a feeble attempt at an excuse when we’re talking about half of the population.

Good point. Apologizing for hating on alcohol and bikinis is one thing. Promising to set it right by exterminating the whiteness of the organization is quite the non sequiter. 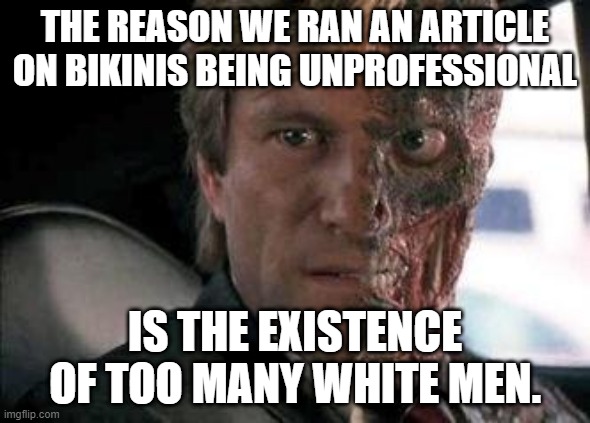 Although only 20 per cent of surgeons in the UK are women, a figure that drops to 8 per cent for vascular surgeons, the journal’s review board is clearly not representative of the profession, let alone aspirational or attempting to lead change, given their response. Even if there weren’t many female peer reviewers available for this paper, you’d hope that by now men at the top of their professional careers would be capable of understanding that categorising women on the perceived “inappropriateness” of their clothes isn’t really the done thing anymore. It’s not as though we’ve kept it quiet that we’re been judged more harshly than our male peers for the last 2,000 years.

Ah, the gnashing of ugly Karen’s teeth. “Although only 8 percent of vascular surgeons are female, they should have let us women be in charge!”

It’s more than just a case of tokenistic representation. Not having women at the top of medicine is a significant contributing factor in the dismissal of female health issues, with conditions such as endometriosis often taking years to be correctly diagnosed. Female pain is not equal.

Female health is so dramatically overfunded in comparison to male health that this isn’t funny. The idea that white men hoard all the resources simply because white men are at the top is pure projection of what women will do given the opportunity.

The study into bikini-wearing surgeons is not an anomaly. Employers just can’t seem to leave the matter of women’s clothing alone. Just last week an employment law firm released a study that found a third of women to have been asked to dress in a more sexually appealing way or put more make-up on for video calls while working remotely, as if dealing with a pandemic and the lion’s share of the childcare wasn’t enough to be dealing with right now.

Sex sells, Karen. Deal with it. Oh, right, you’re an ugly trannie weirdo who no longer has the ability to be sexy. No husband. No babies. No home except that cubicle at a British tabloid that you thought would be empowering. It’s a, ahem, *pretty* good picture of Hell.

When men enter the workplace, they might shave and iron their shirt, but they don’t worry if their forearms might provoke a sexualised outburst from a colleague or if their visible kneecaps could disenchant their boss to promote them.

Men spend many hours in the gym building up the kind of muscles that women can’t keep their hands off of. We LIKE female attention but you witches…