Amid rising frustration with middle-manager-for-the-State clergy, the Colson Center helpfully reminds Protestants that their pastor has a Divine Right to Rule.

Pastor or Parrot? Lessons from the Coronavirus Pt. 11

Because Christian theology is best served under female oversight.

Pastoring is always a difficult job. I can’t think of another job, in fact, in which someone is hired to do one thing (typically, lead and disciple God’s people) but evaluated on a completely different thing (namely, growing the audience and the budget).

That should have been John’s first clue that pastors aren’t doing their job.

But pastors, they insist on doing it all from the Sunday sermon to marriage counseling to visiting the sick to . If they would simply teach a layman to help with the hard tasks then their stress levels would drop considerably.

That’s layMAN, nota bene, not co-author Maria Baer. Seeking help from female clergy/theologians will make the pastor’s job much harder than simply taking a hit for God’s “no wimminz in pulpits” rule.

Pastoring during coronavirus seems even more unenviable. Zoom stock might be way up as the new preferred platform for corporations and schools, but there is no digital substitute for the sort of face-to-face work pastoring requires.

Masks are anti-Christian because they interfere with how God made us. Our faces are the primary method by which we express emotions (hence my interest in physiognomy as a predictor of emotional states). It’s possible to show emotion by voice or pantomine but it’s much harder, less efficient and it’s simply not how God wired us.

If masks were medically necessary then wouldn’t people wear them voluntarily? Why not just let the people who want to risk getting sick, risk get sick? The reason opposition to mask-wearing is a thing is because Normies are getting upset with having to wear masks EVEN WHEN STANDING IN THE MIDDLE OF NOWHERE. They ask if masks actually work for blocking viruses and get told “Maybe they do, now obey your New Normal masters!”

That is not hygiene. That is social engineering. Effort to twist human nature into a shape not Created by Our Creator.

When to close down was a tough decision. When to reopen is even more difficult. If pastors choose to strictly adhere to state guidelines, they will upset people. If they ignore or relax those guidelines, they upset others.

They upset anti-Christian government officials to whom pastors have no loyalty. Separation of Church and State, remember?

Also, the Karens who love them.

In almost every church I know of, pastors face a no-win proposition right now.

The siren song of incompetent leaders is that nobody cares about them. It’s true! A real leader would solve the problem instead of wishing for an easy out.

That plus their enthusiasm for wearing face diapers makes it easy for me to see Church leaders as faceless, subhuman cogs in the New World Order. Not caring about them has never been so easy! 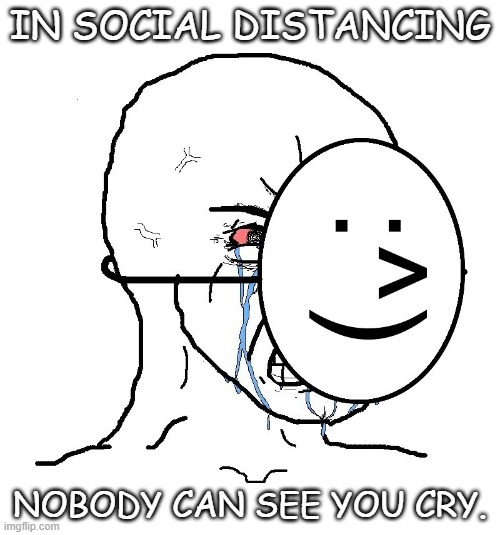 But perhaps I’m being unfair. After having chased off everybody but geriatric Baby Boomers, modern churches are basically day trips for nursing home invalids who expect to die at any moment. I cannot dispute that the strict nursing home guidelines would be appropriate… guidelines such as “forced acceptance of confirmed disease carriers” a la New York City.

That’s the kind of scum you pastors are now taking orders from.

In addition to navigating a global pandemic, pastors must also deal with our already intense and only intensifying cultural firestorms.

Poor clergy. They thought they’d found the perfect sinecure then once installed in the seats of power, unexpected events demanded real acts of leadership & courage from them. Small wonder that they can’t obey the China Health Organization quickly enough.

While we all must navigate the issues of race, sexuality & gender, criminal justice, political divisions, and other markers of our fallen human nature that dominate this cultural moment, pastors face expectations that many of us don’t. I can’t tell you how many times I’ve seen this phrase on social media recently: “If your pastor doesn’t preach about X from the pulpit this Sunday, it’s time to find a new church.” Same phrase, but the X changes with the headlines.

Don’t get me wrong. As the true account of the human condition, the Bible has this quality of universal relevance. Pastors should make the connection between the timeless truths of Scripture and our particular context, both in their preaching and in their leading. There are times that to not address something from the pulpit is to be louder than addressing it, and churches that never address controversial issues risk giving their people the impression that the Bible is our own personal, private collection of encouragements rather than the personal, public and true account of the human condition.

It is a poor shepherd who blames his flock. Where did the little people acquire this “my way or the highway” attitude? From the pastor. Here’s a thought: ALLOW DISSENT IN YOUR CHURCH. Give some pulpit time to competing ideas and philosophies. Don’t smack them down afterwards, either, just allow people to speak their mind when they have something to say and let people decide for themselves. Maybe then your church won’t split every time somebody gets a funny idea.

At the same time, the loud demands placed today on pastors to not only hold but to articulate our approved opinions reveals more about us than about our pastors. After all, if we are confident our pastor is called by God and entrusted by Him to lead us into His Word and His will, that leaves little room for making demands on what he teaches.

Why is Protestant Stonestreet spouting a Vatican belief? Is this not exactly what the Reformation was all about?

The average pastor can’t lead the way out of a paper sack, to say nothing of being supernaturally appointed an infallible Priest-King by God Himself because congregants are too stupid to live by their own wits.

To misquote Jesus, “They want you to be a parrot because you first wanted them to be parrots.”

Now we get to the crux of Stonestreet’s complaint:

The demands pastors face can range from mountains to molehills, but, in too many cases, they are treated the same. To bring up the most common elephant in the sanctuary today, everyone has strong feelings about masks. I do too. But being asked to wear a mask in church by pastors seeking to comply with civic authorities or protect the health of parishioners is not a matter of orthodoxy. This is not a sufficient cause of outrage or of making demands for our pastor’s compliance. And it’s certainly not worth leaving a church over.

John, if you loved God then you wouldn’t fear death. You would let the congregants decide for themselves what health measures they should take. But no, Pastor gets to make health decisions for everybody… and what a coincidence that our Dear Leaders courageously decided to tiptoe the Christ-hating, Christ-banning government guidelines!!!

“No more singing hymns until the government gives permission” IS ABSOLUTELY A MATTER OF ORTHODOXY! No more Communion, the State says! No more baptisms! This is NOT OKAY!

Keep in mind that pastors are called to shepherd specific congregations. Though the big cultural issues are always relevant, each community and each congregation find themselves in a specific time and place (as Paul told the Athenians) with specific people and circumstances all orchestrated by God. For example, a church connected to an addiction recovery center, as is the home church of a colleague, will be made of people with specific needs and challenges that others may not have.

And a church connected to Planet Earth has the specific need of obeying the World Government, er, World Health Organization, in all matters religious?

What is really at stake here is that we all need to foster a proper ecclesiology, (that’s a $.50 word for the doctrine of the church). When we view church like we do so much of 21st-century Western life, as consumers, we’ll see church as a place to be entertained or affirmed, in our feelings and in our views. That, rather than a fidelity to Christ and His Gospel, is what’s driving so much of the entitlement we feel, and pastors face.

For two full generations now, the organized Church has refused to be a benefit to the people of God. We are “consumers” only in the sense that some of us think church participation should benefit us, not merely the credentialed inner circle and the NGO charities they approve of.

I predict Stonestreet will find his new ecclesiology in Rome. He already floated the concept of Divine Right to Rule.

Every church and every Christian, of course, ought to expect and demand that pastors preach the true Word of God with passion and courage. We ought never allow a pastor to abuse his power or his position in exploiting the congregation.

Still, we ought never demand that our pastor never disagree with us.

Strawman. Nobody demands that his pastor NEVER disagree with him.

The holy willingness of a modern pastor to preach the Gospel is totally eclipsed by his loyalty to the Christ-hating American governments.

And thank God, even the remainders in the pews are noticing “I Can’t Breathe”.