It took less than a month for the “unpersoned because of a 16-year-old comment” record to be doubled to “33-year old comment”… not counting Civil War generals or Mount Rushmore… but I am not sure it should be counted because this time, the target is a career PR expert. I smell a rat when somebody whose job is fending off exactly this sort of thing goes down without a fight. “Taking a dive”, as it’s called in the boxing ring.

The head of communications at Boeing has resigned his post after an employee complained about a 33-year-old article he wrote arguing against putting women in combat roles in the military.

Nobody named that employee. Her identity would be interesting and normally I’d wait until it’s available… you know “Karen” isn’t going to keep her mouth shut about taking a scalp that big… but I’d rather make a prediction that she was recently booted off the Boardroom Fast Track and is in her early 30s.

Niel Golightly penned the op-ed when he was a 29-year-old lieutenant in the U.S. Navy. It appeared in a magazine published by the U.S. Naval Institute, an outfit which describes itself as “an independent forum for those who dare to read, think, speak, and write to advance the professional, literary, and scientific understanding of sea power and other issues critical to global security.

“At issue is not whether women can fire M-60s, dogfight MiGs, or drive tanks. Introducing women into combat would destroy the exclusively male intangibles of war fighting and the feminine images of what men fight for—peace, home, family,” Golightly wrote, according to an excerpt published on the U.S. Naval Institute’s website.

That impresses me. Golightly was wise enough to object to women in military on philosophical grounds, not merely competence. The competence argument still requires the military male space to be violated, only by a few women instead of many. Until, of course, the Amenable Authorities inevitably put their thumbs on the scales of competence because they can’t stand to see a woman cry.

Women should not be allowed to act like men even if they can do so convincingly. Why is that hard? Original sin.

Women were barred from combat roles throughout American history, including the first term of Barack Obama’s presidency, until the policy was changed in 2013. In 2015, Defense Secretary Ash Carter announced that all combat jobs would open to women and the following year a handful of women passed combat training courses.

Correction, “were passed through” combat training courses, like diarrhea. Exactly like diarrhea, in fact: irritating the bowels of the host organism.

Yet Golightly has resigned over advocating the long-running policy back in 1987 and has now apologized.

“My article was a 29-year-old Cold War navy pilot’s misguided contribution to a debate that was live at the time,” Golightly said in a statement included in Boeing’s announcement. “My argument was embarrassingly wrong and offensive. The article is not a reflection of who I am; but nonetheless I have decided that in the interest of the company I will step down.”

“Boeing does not agree with the views expressed in the article, and it does not reflect Niel’s views today,” the company said.

In the unlikely event that I end up a Fortune 500 executive, I will be much more loyal to my employees than this. Even if this is mere corporate kabuki, getting shoved under the bus by your employer is not how a Christian executive would do business.

“Niel and I discussed at length the article and its implications for his role as the Company’s lead spokesman,” said David Calhoun, President and CEO. “I want to emphasize our Company’s unrelenting commitment to diversity and inclusion in all its dimensions, and to ensuring that all of our employees have an equal opportunity to contribute and excel.”

What was policy five years ago is now ground for purging. 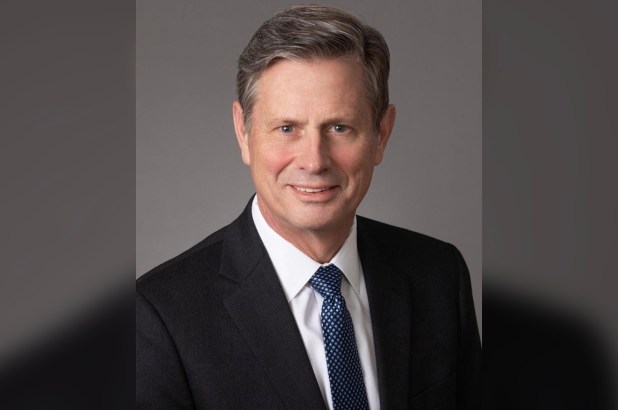 The asymmetry of his mouth suggests a divide between his public and private behavior. Not necessarily indicating dishonesty. 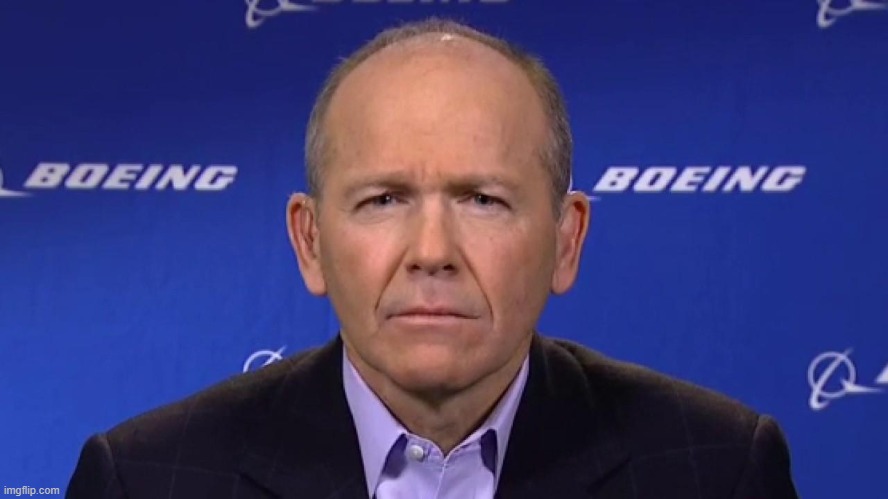 David Calhoun. A comparable face but more rounded-off. Probably had less testosterone than Niel going back to his teenage years. That’s fine, fighter-pilot egos can be hard for anybody to keep up with. I would expect Niel’s personality to be more even-tempered but less focused & innovative. Not a bad corporate plan to use the jock for a media sponge instead of actual policy.

I am left unsatisfied with why Niel got canned so swiftly, so unreasonably and in defiance of his considerable social skills & SMV. The most likely answer is that he boinked the intern and the intern MeToo-ed him when the promotion didn’t come through. He wouldn’t be the first ex-military pilot to seppuku like that. For a fact, nobody gives a damn about the opinion of an oversexed, under-rested pilot circa 1985.

While poking for background info, I found an article he wrote on PR leadership.

The corporate revolution and the role of the CCO

The role of big business is undergoing a quiet revolution, and the way corporations communicate with society is at the heart of it.

Either he’s bloviating or he’s pushing the Narrative. We must continue…

For companies as varied as Unilever, Shell, Walmart, AECOM, Bloom Energy, Ford, Google and Schneider Electric, “purpose” and “shared value” have entered the boardroom vernacular. Environmental and social externalities are problems to be solved, not simply risks to be avoided. CEOs who once studiously avoided public positions on social issues are stepping out and drawing moral lines in the sand.

The latest moral line ironically running through Niel. His Linkedin confirms that he was previously an executive at both Shell and Ford so he’s talking about companies he influenced.

The profit motive still fuels the corporate engine; but business leaders seeking to create sustained profit are turning away from scorched earth capitalism in favor of a deep understanding and embrace of society’s expectations.

Pushing the Narrative it is, then. Niel is a Deep State swamp creature.

So what does this renaissance mean for corporate communications professionals? In a word, everything.

In a meme about your “deep understandings”, this: 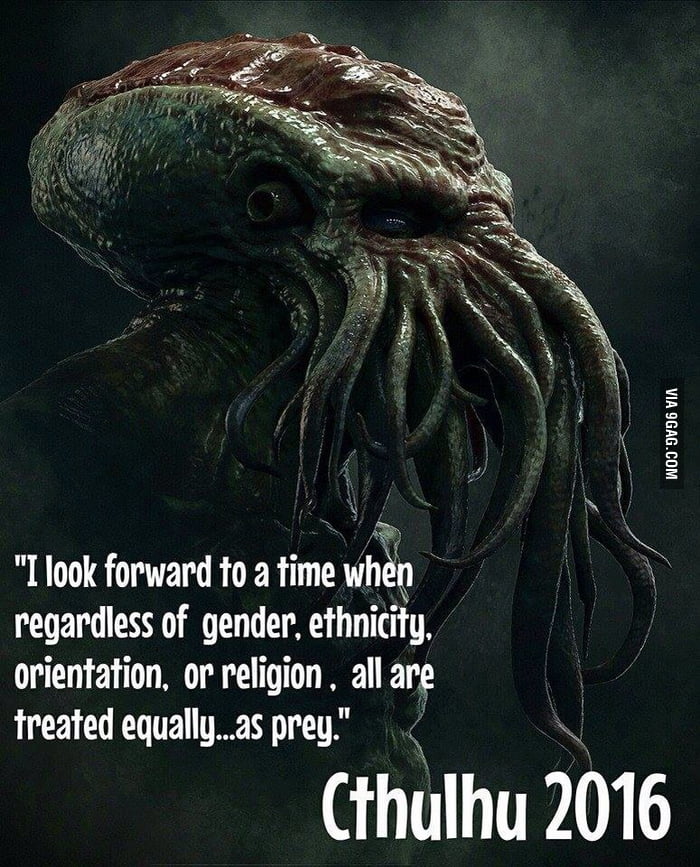 That’s because no other corporate function is charged exclusively with interpreting the public’s mood and shaping the company’s response to it. The role of chief communications officers must these days be to help C-suites navigate through radical change. Björn Edlund, my former Shell boss and dean of corporate communicators everywhere, calls this societal intelligence, or SQ – “the ability to see and act on a company’s challenges and opportunities in their broader economic, political, social and cultural context.”

Which is why companies and communicators alike sell themselves short when they focus on the transactional, the tactical, the quantifiable and the mechanical aspects of corporate communications. Commercial acumen is a necessary but not sufficient attribute of communication. Digital skills are vital, but only as a means to understand and participate in the right conversations. Measurement is important, but mainly as a way to generate meaningful insights for better decisions. Media reach is valuable, but only as a vehicle for relevant, coherent and credible narratives.

He even used the word! Move over ya “true” because “credible” is now in da house!

1. Communicate. This may seem obvious, but sometimes C-suite commitment to the verb lacks conviction. Communicating is not just getting the word out. It is learning, resolving conflicts, identifying opportunities, anticipating problems – and most of all knowing when to shut up and listen. And yes, it’s also the liberal art of crafting a story. The story has to be credible and true. It has to be simple enough to win hearts and complete enough to win minds. And it has to be delivered through the right channels at the right time with the right language to influence the right audiences in the right way.

I heard “Dubya Bush was my frat brother.” *checks* Niel once was a speechwriter for General Colin Powell as Chairman of Joint Chiefs of Staff per his Linkedin. Score!

2. Lead. Good CCOs lead from the front. They know first-hand what it means to be in the trenches with media, stakeholders and business leaders. They’ve done the tactics, which gives them the nous to craft strategy. They know how to build teams with the right skills in the right places with the right resources and right mandate to deliver. They inspire and teach. They protect creative risk-takers.

That’s fighter-pilot thinking, that officers should be the ones on the front line. The duty of an executive is to organize, train and equip people for their tasks, not to do the tasks himself. It helps but is not necessary for an executive to know how to do the actual job.

4. Advise. Trusted CCOs are honest brokers. They speak up when the emperor is naked. They help mediate internal differences and external dilemmas. They intervene to protect the company’s reputation and its shareholders from intangible risks. They test evolving business decisions and policy positions against the litmus of company values, purpose, and social license. And they help their business colleagues communicate with impact and credibility.

Meaning, trusted CCOs accept when their turn comes to be shoved under the bus? I can’t accuse Niel of hypocrisy.

5. Reflect. Strategic communicators are thinkers as well as practitioners. Systems thinkers. Lateral thinkers. They see and synthesize what’s happening in the world “out there” and how social, political and cultural megatrends converge – or conflict – with the fortunes of the company.

I didn’t see that in his face. CEO David’s yes, but not CCO Niel’s.

They use SQ to create and protect value, to convert issues into opportunities, to keep the business relevant and competitive.

Reality has not changed. Current Year thinking that we’re in a Brave New World of relationships and pussy soldiers is bullshit. Which is impacting the health of Boeing more, its “Max Crater” plane going down in flames or its CCO going down in flames? You need to answer this question correctly, CEO David Calhoun.

Big business is at a watershed moment, and the role of the Chief Communications Officer may never have been so pivotal as now. Immeasurable long-term value is at stake as CEOs shoulder accountabilities that extend beyond quarterly financial results. They need professionals on their team that can help them make sense of – and engage with – the anxious, turbulent and demanding society “out there.”

Niel engaging society: successful. Outcome: defeat. They call it Progress because the engagement was successful!