How typical… so tiresomely typical… that modern Christianity can’t pass up any chance for a guilt trip. I’ll spice it up by channeling George Orwell. To misquote a truism, 1984 is now.

Two dozen evangelical scholars have released a joint statement condemning racism as “contrary to the evangelical Gospel” and acknowledging the realities of racism that existed throughout evangelical history.

Racism meaning white privilege or racism meaning the idea that God made different races of men with different capabilities and tendencies? Were two dozen scholars insufficient to clarify this?

The new “Evangelical Statement on the Gospel and Racism” was released Monday as nationwide protests continue in the wake of the killing of African American George Floyd in Minnesota and just days after the controversial killing of Rayshard Brooks in Atlanta, Georgia, by a police officer.

I’ve said it before, these people have found a new Gospel and it isn’t Christ’s.

The statement originates from members of the Evangelical Theological Society’s executive committee, according to David Dockery, president of the International Alliance for Christian Education.

He has that nervous smile common to Churchian leaders, less “I’m feeling well” and more “please don’t hurt me”. Dockery has also been affiliated with the Gospel Coalition.

ETS was founded in 1949 and serves as a professional association of scholars, teachers, pastors and students dedicated to the written expression of theological thought and research.

The statement explains that while evangelical history includes “many positive voices for justice,” such as slave trade abolitionist William Wilberforce, the history also includes “negatively those who assimilated the values of their surrounding unjust culture.”

Wilberforce is the patron saint of Churchianity, a white man who stood up for Negro empowerment before doing so was cool. Anytime you hear an “evangelical scholar” mention Wilberforce, know that accusing him of being racist will make him cry.

According to organizers, the effort’s mission is to “listen, mourn, speak, and act in accordance with the gospel in our own lives, in our institutions, in our churches, and in our communities.”

“We know that no one ever seizes power with the intention of relinquishing it.” -Orwell

“As we grieved over recent events in our communities, we realized that although a statement is insufficient, it is necessary,” a website created to host the statement online, which went live on Monday, reads. “We are compelled to declare that the Gospel stands opposed to racism, and so, too, must people of the Gospel.”

“Power is in tearing human minds to pieces and putting them together again in new shapes of your own choosing.” -Orwell

SBC’s flagship seminary, SBTS in Louisville, Kentucky, released a report in 2018 detailing the school’s history of racism and past support for slavery. At the time, Mohler called for the institution to “repent of our own sins” and offer “full lament” for the inherited legacy.

As of Tuesday, over 150 people have signed on to the statement.

Thus proving that the organized Church is dead… but you already knew this.

The document declares that the Gospel calls on everyone to “come to God on the same terms” and “and become one body in Christ.”

“In reconciling, Jew and Gentile in Christ (Eph 2:16), surmounting a barrier that God himself once established, God in Christ summons us to surmount every barrier erected merely by human sinfulness,” the statement explains.

“SURMOUNTING A BARRIER THAT GOD HIMSELF ONCE ESTABLISHED“?!?

“Scripture does not discriminate by color, and, on the most common understanding of Acts 8, the first Gentile convert may have been Black and from Africa.”

“Doublethink means the power of holding two contradictory beliefs in one’s mind simultaneously, and accepting both of them.” -Orwell

The statement adds that Jesus was, both by His example and His teaching, summoning Christians to “serve and love fellow believers to the point of laying down our lives for them” and “to love all our neighbors as ourselves.”

Double miss. The Christian’s goal is Christ, not his “community of fellow believers”, and how I wish the police would let me love others as much as myself. For example, I have no fear of COVID-19.

You ivory tower navel-gazers don’t have shit to say because you failed to notice that Black Looters Mobbing is a terrorist group destroying America’s past in the name of an unrepentant drug dealer. You’re the scum who STILL want Barabbas freed even before the mob demanded your cooperation.

According to Dockery, Keener did most of the “heavy lifting” when it came to creating the statement. However, he stressed that the rest of the signatories “offered suggestions and encouragement.”

I posted the full, intact statement at the end. Feel free to notice all the “heavy lifting” that went into it.

“We believe the statement is timely and important, expressing our longing and hope for racial reconciliation in the church and in society,” Dockery, who also serves as chancellor of Trinity International University in Illinois, wrote in an email to The Christian Post. “We trust the statement will be helpful in that regard in the days to come.”

The best path to reconciliation is “good fences make good neighbors” not “all whites must wash the feet of all blacks because some of their ancestors mistreated other peoples’ ancestors”.

The new statement comes as several church bodies have issued statements on race in the U.S. in the last several weeks following the controversial deaths of Floyd, Breonna Taylor, Ahmaud Arbery and most recently, Brooks.

Additionally, several well-known Christian pastors and speakers have participated in demonstrations following the death of Floyd.

Two Sundays ago, Texas megachurch pastor Matt Chandler issued harsh words for the Church during his sermon. After the civil rights movement of the 1960s, Chandler argues that the Church has largely ”refused to participate” when it comes to speaking out about racial issues.

It was called Separation of Church and State. Matt’s predecessors couldn’t abdicate their Christian responsibilities to the State fast enough.

Are empty pews emboldening Woke clergy to drop their masks?

Chandler doesn’t ACT hard enough to put hats on the church ladies. He chose instead to courageously appease the braying mobs.

I excrete more nobility after Chili Night than these perfumed princes have ever known.

Southern Baptist Convention President J.D. Greear recently called on the denomination to stop opening its annual meetings with a gavel that carries the name of John Broadus, a 19th-century Southern Baptist leader who was a slaveholder.

“The most effective way to destroy people is to deny and obliterate their own understanding of their history.” -Orwell

On that note, Broadus wasn’t just a leader, he was a co-founder of the Southern Baptist Theological Seminary. Also a chaplain in the Confederate Army, he owned two slaves then repudiated slavery in 1882 per wikipedia. Hardly a plantation owner with a whip.

Greear’s North Carolina-based Summit Church recently released a statement lamenting the death of Arbery, a 25-year-old African American shot by a white man in Georgia while on a jog.

Correction, a 25-year-old Dindu Muffin shot while resisting arrest by the ex-cop who prosecuted him for previous crimes prior to retirement. Did Greear look into the case at all before jumping in?

How is Greear going to stop being racist when he constantly raises awareness of peoples’ races?

“The fight for racial justice is one God himself began as far back as Genesis 12 when he promised to reunite the ethnically diverse and contentious world through Abraham,” the Summit Church Committee on Oneness and Reconciliation said. “It is a fight whose victory is promised in Scripture’s final chapters, where we see the multiethnic restoration of all nations, tribes, peoples, and languages (Revelation 7:9–10). Most importantly, it is a fight made possible by the gospel: Racial reconciliation is an inevitable fruit of the gospel of reconciliation.”

Abraham was the first recorded failure of Magic Dirt in written history.

The National Association of Evangelicals, a network with over 40,000 member churches worldwide, released a statement on May 29 lamenting “the recurring trauma experienced by African Americans.”

“We condemn racism and the violent abuse of power, call for justice for victims and their families, and exhort churches to combat attitudes and systems that perpetuate racism,” the NAE stressed. “We are grateful for law enforcement officers who honorably serve and protect our communities, and urge our members to uphold them in prayer.”

“People sleep peaceably in their beds at night only because rough men stand ready to do violence on their behalf.” -Orwell 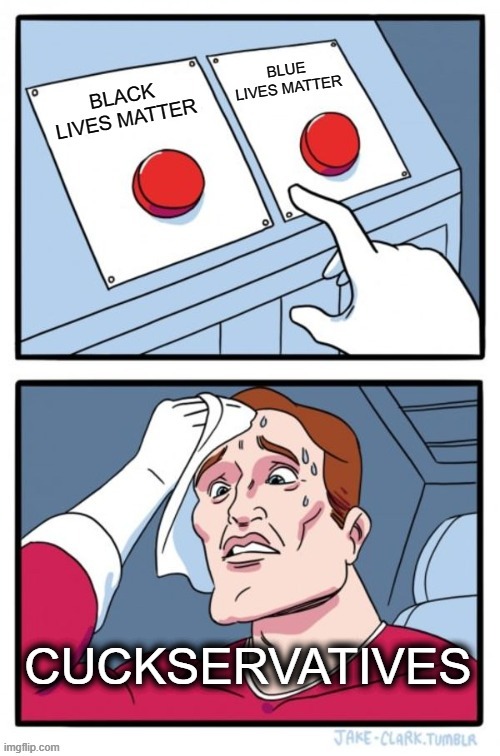 A Statement on Racism and the Gospel

Today’s situation requires more than a statement, but certainly no less than a statement. As evangelical academic voices, we condemn racism as contrary to Scripture and to the evangelical gospel. Evangelical history includes positively many voices for justice and pioneers of abolitionism, such as William Wilberforce, but also negatively those who assimilated the values of their surrounding unjust culture. Yet the basis of evangelical faith is Scripture, climaxing in the good news of Jesus Christ.

In reconciling Jew and Gentile in Christ (Eph 2:16), surmounting a barrier that God himself once established, God in Christ summons us to surmount every barrier erected merely by human sinfulness.

Scripture does not discriminate by color, and, on the most common understanding of Acts 8, the first Gentile convert may have been Black and from Africa.

12 thoughts on “The Evangelical Statement of False Guilt”