Had God made two of Larry Correia, I could stop blogging and just bask in greatness. From the Man’s Twitter:

A friend of mine posted about seeing this: “Where are all you gun owners now that the federal government and police are attacking citizens in the streets?? Now that the National Guard is out oppressing citizens? I thought this was the moment you’re waiting for? So why aren’t you out there fighting them with your guns? You’re nothing but a bunch of fucking cowards!”

My response was the GIF of Nelson Muntz going HA HA. 😀

This is why I still like cops. First liberals order them to enforce the Narrative, then the Narrative shifts and cops can’t enforce the New Normal on their bony, whiny asses fast enough. It’s like wives being forced to pay their husbands alimony because he got laid off while she broke into the boardroom! Once the bad guys inevitably spill gasoline on themselves, I don’t want to put the fire out anymore.

But I’ve seen this sentiment a lot too over the last few days, so please if you are so incredibly fucking dumb that you are actually wondering why America’s gun culture aren’t commuting into the democrat cities you have banned us from in order to get into gun fights with the National Guard on your behalf, allow me to elaborate.

Hypothetical Liberal “Ally” Who Lives in the Suburbs Which Aren’t On Fire – “Hey, gun owners! Here is some civil unrest! Why won’t you come and help us?”
Snort. Fuck off. 😀
“Pussies! Why not?”

TL;DR Why would WE care about YOUR people killing YOU?

Well, every single gun nut in America has spent their entire adult life being continually mocked, insulted, and belittled by the left. You’ve done nothing but paint us as the bad guys.

In Hollywood, we’re always evil, stupid, violent, malicious, redneck, racist, murderers. That’s so ingrained in the liberal religion that when “ally” Harvey Weinstein was trying to get out of being a sleazy rapist, his repentance consisted of promising to make more movies about how the NRA is bad.

In the news, everything is always our fault. If there is a mass murder, we can always count on the vultures to swoop in and blame America’s gun culture. They flog it for weeks on end, 24/7 coverage, hoping for gun control. And if the identity of the shooter doesn’t fit the narrative, it drops off the news in mere hours.

And then at the local, state, and federal level, legally speaking, the left fucks us at every opportunity. You ban everything you can get away with. You ban things that literally make no sense. You ban shit just out of spite.

When we fight back against gun control laws, you declare we are stupid because only the police should have guns (hey, aren’t those the guys you are protesting right now?)

“Stupid racist rednecks! We live in a civilized society! Don’t you realize the police will protect us?” until when your democrat cities are on fire, and you call 911 and the operator tells you sorry, the police can’t come to your house right now, please try not to get murdered… How is that strict gun control working out for you?

Awesomely, now that it’s their turn to wait ten days for a handgun… while those pre-placed Molotov MREs fly through the air!

Then you did everything in your power to chase gun owners out of your sainted liberal strongholds. You passed laws. You banned everything we like. Forced all the shooting ranges to close. Forced most of the gun stores to close. And just generally let us know that our kind is not welcome there.

But now you’ve started some shit, YOU want US to go into democrat cities, with democrat mayors, and democrat police chiefs enforcing democrat policies which cause strife among democrats, in order to get into gun fights on your behalf?
How fucking gullible do you think we are? 😀 Like holy shit. Damn dude!

I’ve waited too long to watch conservatives stop saving liberals from themselves.

Because we all know that literally 30 seconds after a gun nut blows away a government employee on your behalf, then all the national media coverage of the riots will instantly cease (sorta like the Corona Virus coverage did) and it’ll be back to the news breathlessly reporting about right wing extremist gun nuts, and all you useless fucks would go back to whining for more dumb ass gun control.

You’ve already thrown the black community under the bus, cheering as their neighborhoods get burned and yours are safe. Seriously, white liberals are the shittiest “allies” in history, and your moral foundation has the consistency of Play-Doh. Your moral compass is a wind sock.

They whine to us because that’s what rebellious women do when the consequences come: ask the men they hate to come rescue them, hopefully remembering to not sneer & hiss too loudly at their rescuers until the deed is done.

Just a little while ago, gun nuts had a massive peaceful protest in Virginia. Tens of thousands of people turned out to protest gun control proposals from a democrat with a penchant for wearing black face (he still considers himself an “ally” though!) They didn’t break any windows. They didn’t kill any puppies. They didn’t burn any horses. They didn’t flip any police cars or murder any security guards. They were downright boring. They were polite, and even cleaned up their litter.

Except then you called them domestic terrorists, and were super sad that they didn’t get massacred by the government (said government you are now mad at for killing people, because again, you fuckers ain’t exactly consistent).

Which is why they should have gone hot. Good conduct will simply not be respected. Pussies respond only to terrorism… both in romance and politics. It sucks, it’s not OUR way, but they wrote those rules.

Liberal “allies” are quick to call gun nuts the bad guys, but we’re not trying to disarm people. We want everybody to be able to defend themselves. It’s a common thing to see some meme on the internet, showing a black family shooting or posing with their guns, with some caption like “bet this offends the NRA”, which is liberal projection, because in reality in my social circles everybody is like, “fuck yeah, good for them”. And the harshest complaints I’ve seen have been about trigger finger discipline or lack of eye protection.

My side isn’t the one that wants the state to have a monopoly on force. We know the 2nd is for everybody, regardless of skin color or where you live. You fuckers are the ones who keep declaring we can’t fight the government with AR-15s because they have tanks and nukes, but then you bumbling fuckheads try it by throwing rocks?

Rocks work because it means they’re VICTIMS! The ability to fight back effectively would make them oppressors.

So not only no, but hell no. 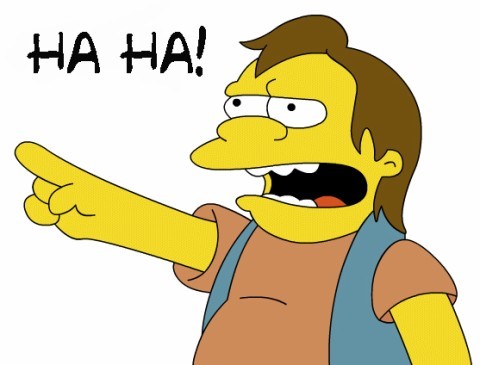