I’ve been waiting to cover the Ahmaud Arbery shooting for the other shoe to drop. The facts so far: Ahmaud was happily jogging down the road on a sunny Georgia Day when three evil white men drove up and shotgunned him in cold blood… because he was black and the whiteys thought a black man had burglarized their home a while ago.

Context, please. Because Klansmen lynching random bruthas doesn’t happen anymore. One of the killers was even a retired, high-level cop, so I don’t believe he would indulge in a random murdering while videotaped by his friend.

*checks* Ahh, the context just arrived. Included at the end!

Anyway, I was going to wait for the whole story when a Baptist vampire joined the REAL lynch mob of blacks and TDS victims:

Nice eyeteeth, Vlad. (Actually John Mark Yeats, Dean of Students at Midwestern Baptist Seminary.) Also, heavy-framed glasses (putting a psychological barrier between himself and the outside world) and insincere Epstein lips. Also called lotus mouth in my Chinese sources, they’re lips that are dull red, long and thin to the point that the corners of the mouth extend past the actual lips. 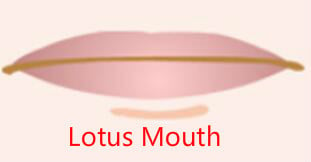 Rounding it off is vertical determination lines between the eyebrows and heavy crows-feet suggesting marital/sexual stress. About what I’d expect for a winner of the Southern Baptist denomination’s Red Dawn. Along with articles like this one:

FIRST-PERSON: Ahmaud Arbery and the image of God

KANSAS CITY (BP) — I watched the video. I shouldn’t have. But I did.

And it broke me.

Gonna quote you on that because I watched the video, too. You can find it here:

Pretty wild. White thugs surrounded an innocent, unarmed Negro enjoying some healthy exercise, then waved a shotgun in his face at point-blank and po’ nigga panicked. Or so it looks like.

A young man, the same age as many of my students, shot in the street because neighbors thought he might be a person who matched a vague description of a reported thief.

He wasn’t armed. Nor was he carrying anything. He wasn’t even running at a pace to get away from anyone. He was simply jogging.

As he approached the truck parked in the middle of the street, he simply went around the truck and they shot at him. The altercation that followed could have been any man fighting for his very life. But there, on the video, Ahmaud Arbery is shot at point-blank range, and crumbles to the ground.

No, that could NOT not been “any man”. Incidents like this do not happen spontaneously.

No take-backs. No post-movie resurrection stories. Just the reality of a life ended. The reality of the utter disregard for a man’s life.

You should not say such things without the all-important context.

It’s hard not to read this event in light of the last few weeks. We saw viral videos of high schoolers joking, laughing and making denigrating claims about our black brothers and sisters. We saw images of a man in a KKK hood shopping in a grocery store. We watched armed men overrun the capitol building in Michigan to forcefully express their demands to re-open the economy while carrying nooses, swastikas and rebel flags.

Yeats is making much hay out of multiple false-flaggings of upset conservatives.

And on a street in Brunswick, Ga. — even before the quarantine began — a young man was shot while jogging.

And for the curious, February 2016 didn’t have a comparable black shooting, which forced Hillary Clinton to reach back to April 2014 during the relevant election debate with Bernie Sanders:

Which is it, Hillary? Do white men kill too many unarmed blacks or not enough?

All of these events send unbelievable signals to minority communities. Are they men and women created in the image of God? Do their lives truly matter? Does justice matter? Do rule of law and common respect for fellow humans matter?

Jesuit Palpatine has taught him well. This is classic liberation theology: identity politics spliced into Christianity.

The entire Scripture upholds a fundamental truth — humanity is formed in the image of God. That very nature as image bearers brings us to a place where life is valued from conception to grave. There is no person who is “less than” or “unworthy.” The entire moral code of Scripture is built from the standpoint of honoring God and therefore, honoring one another who are made in the image of God. We do not lie, we don’t take things that belong to others, and we do not kill.

John Mark Yeats is a lying anti-Christ and I can prove it by quoting the very verse he’s referring to here.

Genesis 9:6 “Whoever sheds human blood, by humans shall their blood be shed; for in the image of God has God made mankind.”

Being made in the image of God is WHY IT’S NECESSARY TO KILL.

The question in this incident is whether the killing was justified, not the mere fact of a killing taking place. Genesis 9:5 for the curious.

That’s an inexcusably fundamental mistake for an experienced pastor, published Christian author and Dean of Students at a seminary.

We don’t have to be reminded we live in a fallen and broken world. We work for justice, however imperfect this side of eternity. We work to uphold the law, however much it is a shadow of true ideals. We uplift the downtrodden, the weak and the poor because the Scriptures show us how Jesus did the same. And we do all this while understanding that the ultimate answer for brokenness of this world is found is the healing balm of the Gospel.

The Southern Baptist leadership has an entire heretical theology that J.D. Greear calls the “Gospel of Jesus”. He created it with help from Jesuits and an evil organization called the Fetzer Institute.

Read it again from that paragraph: We work for justice, however imperfect this side of eternity. We work to uphold the law, however much it is a shadow of true ideals.

It goes without saying that Christians are NOT to uphold any laws that interfere with God’s will. Furthermore, justice is not a concept that exists on its own. It must be in the context of God’s instructions to humanity.

Thus, Yeats called for twisting Christianity to the worship of “imperfect justice”. No. We Christians are called upon to pursue perfection per Matt 5:48.

So we wait, clutch our sons and daughters closer to us and with broken hearts pray, “Come quickly, Lord Jesus.”

Yeats asked the God of Truth to come quickly. God sent His prophets, the Atlanta Journal-Constitution and the Star, with some truth for him.

ATLANTA—Greg McMichael, who provided gun cover for his son as he fought and eventually shot a young Black jogger, may have known the victim long before their encounter in a subdivision just south of Brunswick, Ga., The Atlanta Journal-Constitution has learned.

In his letter of recusal to Georgia Attorney General Chris Carr, Waycross Judicial Circuit District Attorney Roger Barnhill wrote that his son, a prosecutor in the Brunswick DA’s office, and McMichael, then an investigator in that same office, “both helped with the previous prosecution of (Ahmaud) Arbery.”

If McMichael and Arbery knew each other from previous criminal-justice prosecutions then that would explain much about McMichael making a citizen’s arrest at gunpoint like he did. He knew the “victim” would recognize him.

You know what they say about those small-town communities: everybody knows everybody.

McMichael, a former Glynn County cop, told Glynn police he recognized Arbery, 25, from surveillance video that captured a recent burglary in his mostly white neighbourhood. He said he planned to make a citizen’s arrest.

Previous stories had claimed McMichael had seen “a black man” on the video. Turns out, McMichael recognized the specific perp.

When he was in high school, Arbery was sentenced to five years probation as a first offender on charges of carrying a weapon on campus and several counts of obstructing a law enforcement officer. He was convicted of probation violation in 2018 after he was charged with shoplifting, court documents show.

McMichael, who retired from the DA’s office in April 2019, made no mention of his work on that investigation to police, though it’s unknown whether he remembered it at the time.

Me, I wonder the converse. Did Arbery know whose house he was burglarizing? Was this an act of revenge?

Barnhill wrote that he learned about his son and McMichael’s ties to Arbery “three or four weeks” earlier.

He didn’t say why he waited so long to recuse himself, but claimed “a local ‘rabble rouser’ has taken up this cause and begun publishing wild and factually incorrect and legally wrong accusations on Facebook and other social media formats calling for marches and physical affronts (to) be made against the McMichaels at their homes, and my son’s home in Brunswick etc.”

Yeeep. It’s like the media has a playbook. Here, the point-and-shriek.

In a letter to Glynn County police, Barnhill wrote that criminal charges were unwarranted against Greg McMichael, his son Travis McMichael, who appeared to fire all three shots, and a third man, William Bryan, who helped them corner Arbery on Feb. 23 inside their neighbourhood just south of Brunswick.

The prosecutor said Arbery, who was unarmed, initiated contact with Travis McMichael.

“This family are not strangers to the local criminal justice system,” Barnhill wrote in his letter to Carr. “From best we can tell, Ahmaud’s older brother has gone to prison in the past and is currently in the Glynn jail, without bond, awaiting new felony prosecution. It also appears a cousin has been prosecuted by DA Johnson’s office.”

It’s okay to kill unrepentant repeat offenders when they decide, during their arrest, that they ain’t going back to jail… because they’re made in the image of God and God gets mighty offended at their vibrantly unjust conduct.