The following is not a meme: Except it was a bar. The hair salon was in Dallas.

Texas police have arrested a bar owner and six armed men who were protesting lockdown orders issued amid the coronavirus pandemic.

Upon arrival, cops were met by a group of men who said they were there to support and defend Ellison as she opened the premises back up. Six of the men were wearing armor and were armed with guns.

According to OA Online, the men belong to a group named Open Texas. Members travels around the state ‘with weapons’ and try to help businesses reopen their doors’.

First rule of carrying guns in public spaces: don’t do it unless you’re willing to use them. It’s why I don’t carry concealed even though I could, in California no less. I’m simply not going to risk my life on behalf of a total stranger on zero notice these days.

Outside Ellison’s bar on Monday, police became involved in a standoff with the armed protesters.

Dramatic photos taken outside the venue show local sheriff’s pointing their weapons at the armed protesters as they order them to put their hands into the air.

Ellison was arrested and charged with Violations of Emergency Management Plan Class B. She was released on a $500 bond.

The six armed men were all taken into custody and charged with Places Weapons Prohibited. It is unlawful to carry any firearm in a bar in Texas, either openly or concealed. They are each being held on a $5,000 bond.

Where’s your balls OR your brains, Open Texas? 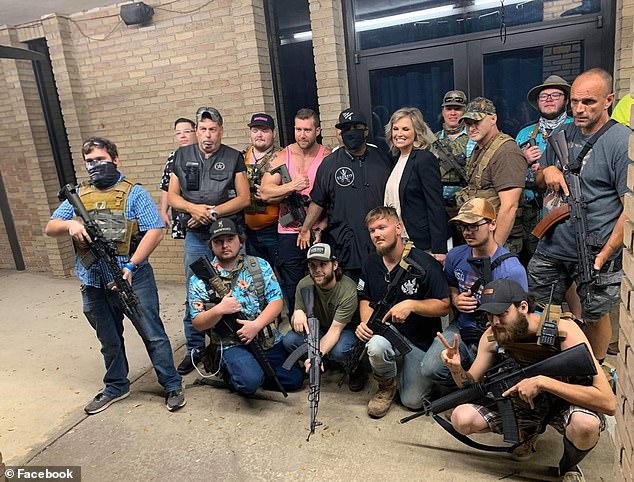 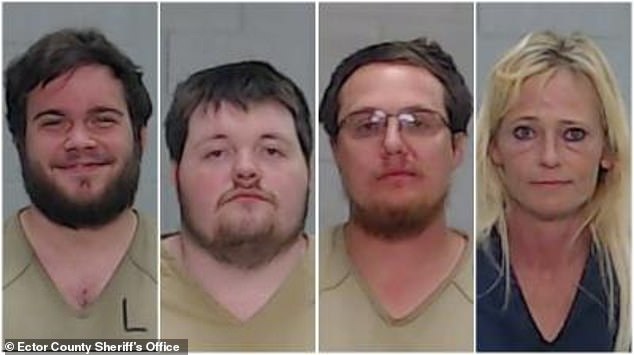 Oh my Dog. Bar owner Ellison is on the right. 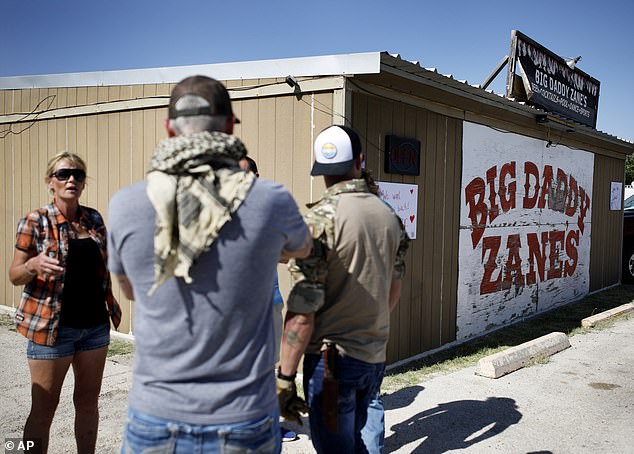 What kind of trailer-park trash kind of bar is THAT?! I wouldn’t risk my freedom and life for a bar that the health department was going to shut down before C-virus. 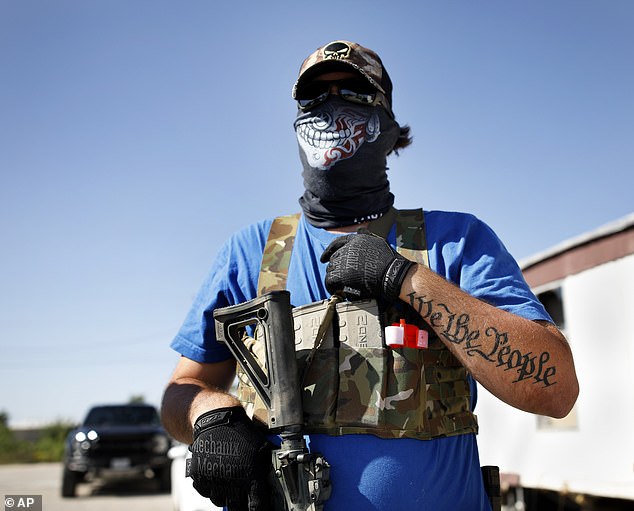 “We the People of Odessa, Texas, in order to justify our Sheriff’s purchase of an armored vehicle with turret, do hereby swear to heroically show up at an illegal bar with enough firepower to overthrow an island nation with no intention of actually using it.”

It’s good they didn’t open fire. It would have cost them their lives and Zane’s Floozy would not even bother to remember their names. News flash, if your .25 holdout is longer than your dick then the way to compensate isn’t by posing with a tricked-out AR-15 on social media. I say that as one of the more vocal advocates of civil disobedience.

Open Texas fancied itself a right-wing terrorist organization then acted like a comedy troupe. The cops had nothing to fear… just look at the deputy with the cowboy hat: 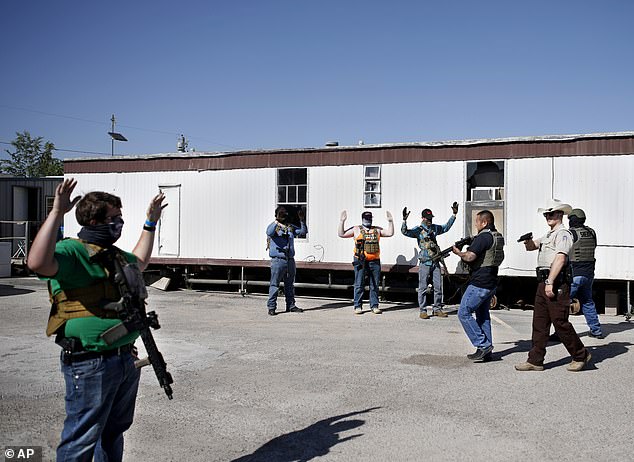 Not a Weaver stance, now is it?

Don’t white-knight for women. Do consider the optics of your protest. If Open Texas had done this on behalf of surgeons defying quarantine to perform elective surgeries for hurting people, their protest would perhaps have been received more sympathetically than their protest on behalf of a double-wide drinking hole.

You know that she was going to pay them in cheap beer. That’s how much their lives were worth to her.