What a coincidence that the alarmist advisor to the UK government, whose work justified the subsequent Wu Flu Lockdown, is not only a male feminist but a hypocrite, too.

The UK scientist whose doomsday predictions triggered a massive lockdown on both sides of the Atlantic has resigned his government advisory position, amid claims he broke the strict lockdown rules he pushed to meet his married lover.

Professor Neil Ferguson, an epidemiologist of Imperial College, London resigned from his role as a senior scientific advisor to the British government Tuesday evening.

He became known as professor lockdown after his alarming data modelling predicted huge casualties for the populations of the United Kingdom and the United States unless they enacted severe curbs on individual freedoms to lock the nations down. While the moves were criticised by senior legal figures as approaching a police state, Professor Ferguson’s advice was nevertheless heeded by the government in March.

While Professor Ferguson frequently appeared in the media to defend his work and to tell the public not to break the lockdown rules, he was himself spectacularly breaking them in secret, according to a report in Britain’s Daily Telegraph, which claims the hard-line scientist was meeting his married lover.

The paper names Antonia Staats, a married mother, who was quarantined with her family at a separate address to the professor. Breaching the terms of the lockdown — as enforced by police — she travelled to Ferguson’s own home on at least two occasions, the paper claims.

Staats, who is identified as a “left-wing activist”, was said to be in an “open marriage”, The Telegraph claimed. Posts on Staat’s public Facebook page show strong left-wing themes, including paid activism as an employee of a campaign group, encouraging tactical voting in the last general election to oppose the Conservative party, and hard green activism. 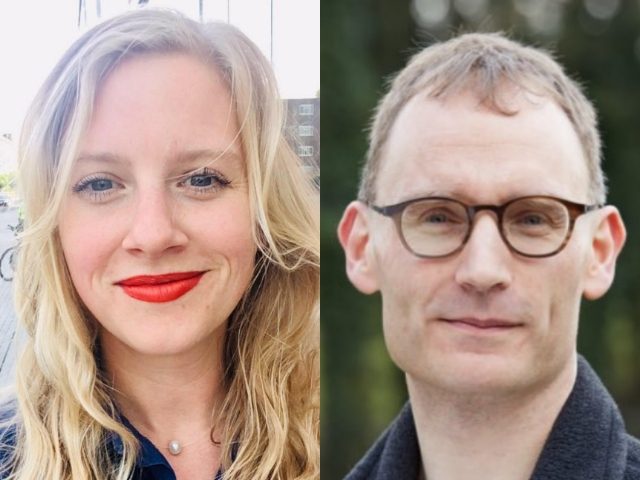 Oooh, pretty. They must have compatible strains of HIV, to achieve that sickly, melted-wax look and scrawny body weights. (To judge from their necks.) Neil is interesting for having the uncommon upward-triangle face shape: square base, narrowing to a pointy head. Sometimes called the Fire face shape. Their personalities tend to be excitable and artistic.

His eyes has the deceptive, New Moon crescent shape. Not a good choice for a level-headed advisor.

Antonia is wearing so much makeup that I’m not sure what to say. If the root of her nose really is flat with her brow–and especially if there’s a pad of flesh there also–then she is exceptionally stubborn.

Both of them, I suspect, have pessimistic mouths. But they might not be trying to smile in these pics.

Admitting his error, Professor Ferguson told the paper: “I accept I made an error of judgment and took the wrong course of action. I have therefore stepped back from my involvement in Sage [the government’s Scientific Advisory Group for Emergencies].

“I acted in the belief that I was immune, having tested positive for coronavirus, and completely isolated myself for almost two weeks after developing symptoms.

“I deeply regret any undermining of the clear messages around the continued need for social distancing to control this devastating epidemic. The Government guidance is unequivocal, and is there to protect all of us.”

Notice his refusal to say he did anything wrong.

The professor is not the first government scientific figure forced to resign after taking a do-as-I-say-not-as-I-do posture to the general public. Breitbart London reported in April when the chief scientific advisor for Scotland [Dr Catherine Calderwood] resigned her position after ordering citizens to obey the lockdown measures while breaking them herself in public. …

In New Zealand, the government’s health minister was demoted after ignoring his own advice. Dr David Clark was photographed going for a country bike ride, and subsequently drove his family to the beach to go surfing. Reflecting on his breaking the advice of his own department, Dr Clark noted: “I’ve been an idiot”.

Senior government officials don’t get to use the excuse of “I’m an idiot”. Least of all to excuse shameless hypocrisy.