On my quarantine-breaking ramblings across north Los Angeles… insofar as I can break quarantine by myself… I came across a “public service” billboard that perfectly illustrates the Socialist thought process. 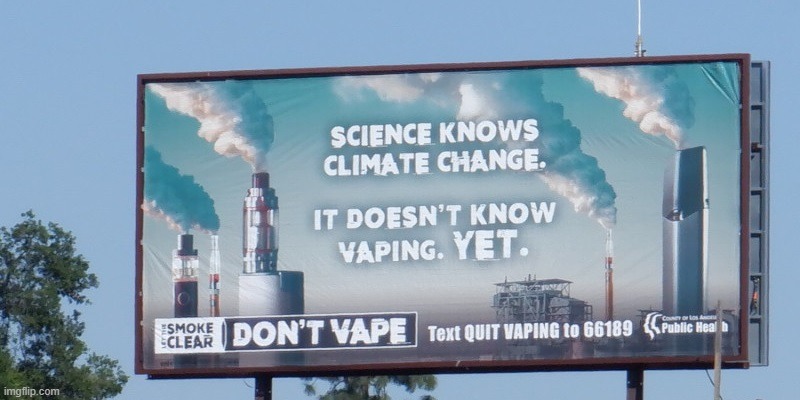 That is one arrogant attitude on display. Two or three, possibly. “Don’t vape because soon, science will know what a bad idea it is!” A sane person would not oppose vaping for scientific reasons until science actually does find reasons to oppose vaping. An insane person would “just know” that it’s only a matter of time until the world realizes how smart he is.

Considering how much healthier inhaling water vapor is to inhaling that car exhaust of burning vegetation, it might be a long wait for science to confirm. Science has already investigated vaping for a rash of lung failures and concluded… contra all critics… that the real cause was cannabis illegally cut with skin lotion:

In fact, those “polluting” smokestacks in the background appear to be releasing water vapor rather than toxic smudge. It warms my heart to see a functioning factory these days.

Speaking of “these days”, the C-Virus lockdown is also a perfect example of this “future is certain, past is unknown” attitude. There wasn’t a lot of data on what C-Virus did at the early planning stage. What were society’s leaders supposed to do?

B. Recommend the people most at risk for most diseases take the usual precautions.

D. Destroy the economy, ban exercise and empty the prisons.

Call me crazy, but starting with D was not “the only way to be sure”. Our leaders KNEW that Chinavirus was going to be a world-ending plague with half a million deaths per month of the strong & healthy, because they’re SMART and can predict the future. 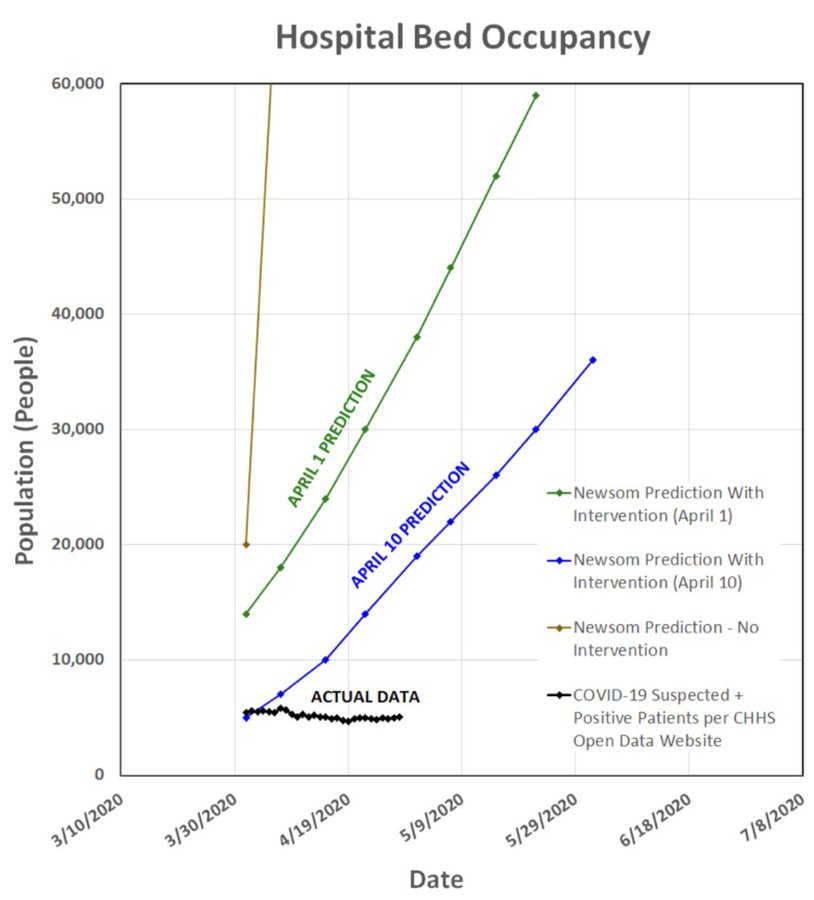 (Graph courtesy of Elon Musk, of all people, who is very upset about his Tesla Factory being permanently closed for no good reason.)

Now that we see in hindsight that C-virus is less lethal than binging on Twinkies, we shouldn’t blame politicians for being disastrously wrong. How were they to know? Never mind that they claimed to have reliable models at the time!

Socialism depends absolutely upon this “future is certain, past is unknown” ideology because socialism doesn’t work. Hence the furious insistence of socialists everywhere that “it’s never actually been tried yet”.

Going back even farther, this attitude is born of the Lie. Lies cannot coexist with truth and truth is much more easily seen in the past than the future. Rational people doing what previously worked would re-implement patriarchy, individualism and self-responsibility… fatal blows to Leftists imagining brave new worlds with themselves as new gods.

2 thoughts on “The Future Is Certain. The Past Is Unknown!”