I haven’t been doing well during this Chinavirus lockdown. I miss my friends. I miss my work. I miss the gym and the beach and more every day as summer approaches, while my “leaders” debate whether I can ever be trusted to live a normal life again. One can only do things he doesn’t really want to do, for the reason that he isn’t allowed to do what he does want, before the black dog of depression starts tugging.

Even my blogging began to slack off. It took me days to write my last post.

I asked God for help.

Next day, a new commenter and career feminist named Mary shows up, who believes I’m an ignorant, entitled sexist because I know that God wants Christian women to be pleasant, frisky housewives instead of welfare-sucking academics like her.

MY MOJO IS BACK!

Praise the Lord and shred the feminist!

I’m so disgusted and sad to see something so sexist written by a fellow “Christian.” God created men and women equal. It says so right in Galatians 3:28, I Corinthians 11:12, Genesis 1:27, and Ephesians 5:31. Do women have roles different from men within the confines of marriage? Yes, BUT God does NOT say women are to be submissive outside of marriage and to ALL men. NOWHERE does God say that. There are so many women who are leaders in the Bible, some that Jesus even uses as an example! There is NOTHING wrong with women being in leadership positions. And women are NOT created only to be wives and mothers. This is truly, truly ignorant. And I can’t believe you would infer that women are inferior to men, when, like I said, God created us EQUALLY. We have different strengths and weaknesses, different roles, but we are NOT inferior to you. What an entitled mindset to have. I’m going to gladly take my advanced degrees and serve God and live out His will in the way He has called me to, married or not, a mother or not.

First, let me set the mood with an appropriate music video.

…And let’s take her from the top. Trigger warning: mansplaining, patriarchy and male privilege ahead.

You fool, Mary. How could that opening sentence NOT result in… a man giving context?

Galatians 3:26-29: “So in Christ Jesus you are all children of God through faith, for all of you who were baptized into Christ have clothed yourselves with Christ. There is neither Jew nor Gentile, neither slave nor free, nor is there male and female, for you are all one in Christ Jesus. If you belong to Christ, then you are Abraham’s seed, and heirs according to the promise.”

That is not a statement of Equality. God has never treated humans Equally ever since He preferred Abel’s sacrifices to Cain’s. Men and women are both co-heirs of Christ’s promises, that is all that Galatians is saying.

There it is, just a couple verses back from what you quoted. You women were created to be used and enjoyed by men, and to have male authority over you. But we aren’t to treat you women as subhuman as a consequence.

Of course, if you try to usurp and replace us then that deal is OFF.

If men are not women then we are different, and different means unEqual. You quoted verses that undermine your own claim.

Yes, I’m fully aware that I’m capitalizing Equality. That’s because Equality is one of the idolatrous lies of Current Year that you worship. You women are not equal to men, something I am proving right now. You women don’t have to be equal… but penis envy, that Original Sin for Women, has turned you against God’s plan.

Ephesians 5:31: “For this reason a man will leave his father and mother and be united to his wife, and the two will become one flesh.”

What does that have to with Equality? Nothing. Meanwhile, it heavily suggests that women are supposed to be wives. Frisky wives.

Do women have roles different from men within the confines of marriage? Yes, BUT God does NOT say women are to be submissive outside of marriage and to ALL men.

I Corinthians 11:9 &10, paraphrased from above: “Woman was created for man… a woman ought to have authority over her”. You rebellious women read the Bible the way a lawyer reads a contract: checking for loopholes!

There are so many women who are leaders in the Bible, some that Jesus even uses as an example!

The same Jesus who wrote 1 Timothy 2:12? “I do not permit a woman to teach or to assume authority over a man; she must be quiet.”

Or, were we talking about Jezebel? One of the loopholes I alluded to is, here, that you didn’t rule out BAD examples of women ruling over men in Scripture. How well did Abraham obeying Sarah work out? Not as well as Abraham ordering Sarah to lie. Twice. Combined.

But if you really want to be a boss then you can teach other women to OBEY THEIR MEN:

Titus 2:3: “Teach the older women to be reverent in the way they live, not to be slanderers or addicted to much wine, but to teach what is good. hen they can urge the younger women to love their husbands and children, to be self-controlled and pure, to be busy at home, to be kind, and to be subject to their husbands, so that no one will malign the word of God.”

No female priests in the Old Testament.

No significant female prophets. Deborah is an example of how badly Israel was doing in her day: a prophet of the people’s choosing, not of God’s choosing, and Barak was punished by God for relying upon her.

Jesus was male. All of his disciples were male. The twelve apostles were all male. Paul’s proteges Titus and Timothy were both male. How random, for a deity that loves Equality!

There is NOTHING wrong with women being in leadership positions. And women are NOT created only to be wives and mothers. This is truly, truly ignorant.

I’m tired of quoting Scripture at a female that has already been shown to use Scripture dishonestly. Instead, I will quote REALITY: when you women leave your father’s home and live without a husband, that’s when you jump on the Cock Carousel and ride it until everything feminine about you is burned out forever while you spew bastards and abortions everywhere.

Mary, you are not feminine.

Infer, hell. It’s called Testosterone, the Hormone of the Gods! 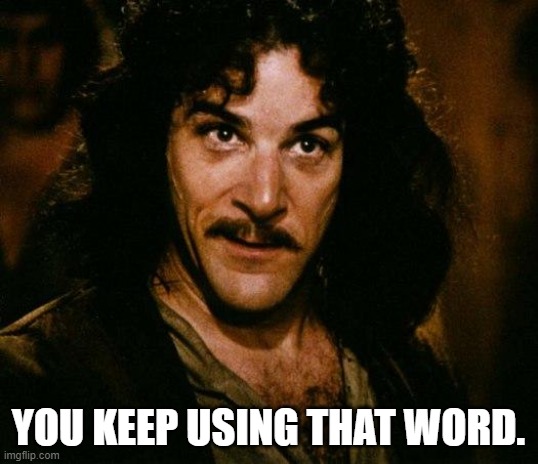 We have different strengths and weaknesses…

…but we are NOT inferior to you.

You spent lots of time and money earning advanced college degrees instead of getting a free ride though life by rubbing your boobs on a rich nerd. That’s how stupid you are.

Strike that. It’s how much YOU ENVY MEN, exactly what God warned you about when He described Original Sin in Genesis 3:16. “Your desire will be for your husband, and he will rule over you.”

What an entitled mindset to have. I’m going to gladly take my advanced degrees and serve God and live out His will in the way He has called me to, married or not, a mother or not.

That is not God you are serving. It’s the devil.

Look at your ta-tas. Look at your naughty bits. God gave them to you so you could attract a husband and be a mother. God did not give you intelligence because you didn’t need intelligence. Just appreciate your husband and he’ll give you the world! But no, you worked yourself bitter in a hopeless effort to become his competitor. Did you think men would respect you for that? Only the creeps.

I’m running theological rings around you for fun on a Thursday night, Mary, while you repeat Equality like a mantra. That’s how superior I am to you… and I love every moment of my superiority.

That is what you meant by “entitled mindset”, yes?

I do not respect you, Mary. You are a rebellious witch against Father God, claiming to “serve him” but not in the Biblical sense of Eve serving her husband. 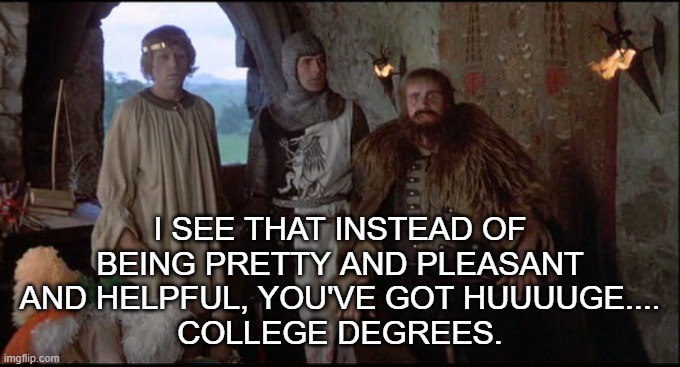 You’re fucked, Mary, and not by a loving husband. Pick your favorite boxed wine, adopt a cat and spend the rest of your life being bitter at a male Internet ghost for not giving you the respect that your own hindbrain knows you don’t deserve.

8 thoughts on “Another Mouse Takes the Feminist Cheese”