Has allowing government “emergency powers” EVER been a good idea? 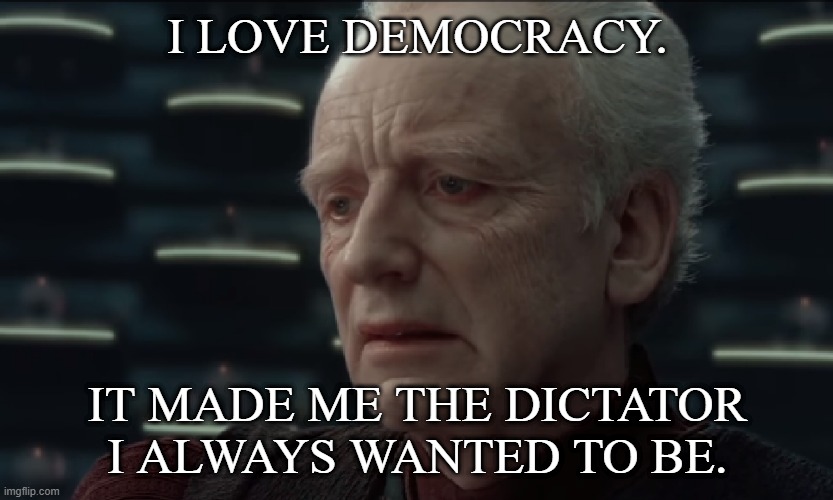 US judge denies bid to open California churches in pandemic

SACRAMENTO — A federal judge on Wednesday said he will deny a bid by three Southern California churches to hold in-person church services during the pandemic, saying that government’s emergency powers trump what in normal times would be fundamental constitutional rights.

Newsom has no timeline for giving up those emergency powers. Just sayin’.

U.S. District Judge Jesus Bernal in Los Angeles said he will reject the temporary restraining order the churches sought against Gov. Gavin Newsom and other officials. They argued that the state’s stay-at-home orders violate the First Amendment right to freedom of religion and assembly.

Stanford Law, Obama appointee, proved his Socialist chops litigating in Los Angeles prior to nomination as a judge.

“During the state of emergency the executive powers are in effect, in that they are empowered to provide for emergency remedies which may infringe on fundamental constitutional rights,” Bernal said the the end of the hour-long hearing. He said he will soon issue a formal ruling.

Many churches have been holding online services. California officials on Friday said religious organizations can have drive-in services so long as congregants don’t have personal contact.

That’s not enough for God. God requires Communion and meeting together. Only fraudulent pastors think drive-in theater or a youTube channel is sufficient for practicing Christianity.

This is not something that atheist government leaders are permitted to determine.

Attorney Harmeet Dhillon, a Republican Party official and chief executive of the nonprofit Center for American Liberty, argued that it is unfair for the state to allow people to attend to other needs that have been deemed essential, like going to the grocery store or picking up meals, while blocking religious services that she said for many believers are as important as eating.

But state Deputy Attorney General Todd Grabarsky said during the hearing held by teleconference that religious organizations are not being singled out by rules that similarly restrict gatherings at concerts, nightclubs, schools — even in-person court hearings.

Translation, “We categorized churches as nonessential instead of essential, therefore we get to shut them down in violation of the Constitution we swore to uphold.” And Judge Hay-Soos agreed.