Harvard Law School has a “conference” on homeschooling (should it be allowed to exist?) scheduled for June 2020. One expects it’ll run along the lines of the UN Declaration of Human Rights, part of which emancipates children from their parents… with the assistance of benevolent, disinterested government, of course.

Warming up the crowd for that three-ring circus of Hell is Benevolent, Disinterested Professor Of Law Elizabeth Bartholet. 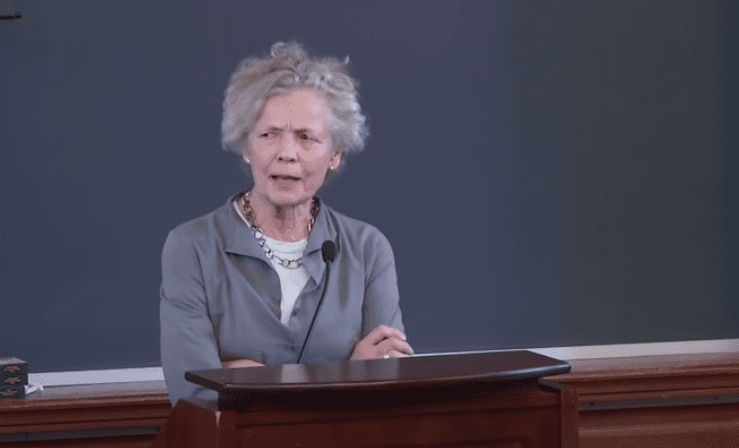 We got a live one today, boys! At least, I think that bitter, childless spinster is still alive. She looks like Jordan Peterson with a frizzy white Afro and more determination lines between the eyes. 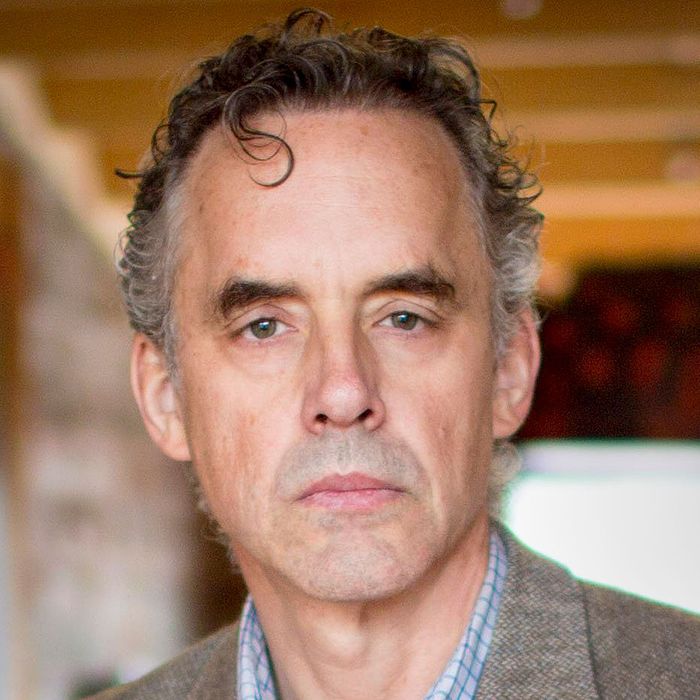 Bartholet is an outspoken opponent of the homeschooling movement and has urged governments to implement policies to make it more difficult or impossible for parents to educate their children at home. Bartholet characterizes homeschooling parents as ‘extreme religious ideologues’ who question science (i.e. adopt a skeptical approach to questions of evolution and human impact on climate).

A large majority of homeschooling families are conservative Christians who hold to a traditional, biblically-informed view of morality. Many homeschooling parents consequently attempt to shield their children from what they see as amoral, relativistic, or degenerate contemporary moral philosophy, and because of this alleged insularity Bartholet advocates forced assimilation of this population into what she calls “mainstream culture”.

She sounds worse than a child rapist. They only work “one kid at a time”.

Bartholet was an organizer of the Harvard Summit to Discuss Regulating Homeschooling to be held at the Harvard Law School on June 18-19, 2020. Her co-organizer, William and Mary law professor James Dwyer,

is the author of a 1994 law review article entitled “Parents’ Religion and Children’s Welfare: Debunking the Doctrine of Parents’ Rights” (82 Calif. L. Rev. 1371), claiming that the fundamental civic relationship is not that between parents and children (the nuclear family) but between the individual and the state.

Behold the endgame of civic nationalism.

The Risks of Homeschooling

A rapidly increasing number of American families are opting out of sending their children to school, choosing instead to educate them at home. Homeschooled kids now account for roughly 3 percent to 4 percent of school-age children in the United States, a number equivalent to those attending charter schools, and larger than the number currently in parochial schools.

Now at 99% of school-age children, thank you Wu Flu.

Yet Elizabeth Bartholet, Wasserstein public interest professor of law and faculty director of the Law School’s Child Advocacy Program, sees risks for children—and society—in homeschooling, and recommends a presumptive ban on the practice. Homeschooling, she says, not only violates children’s right to a “meaningful education” and their right to be protected from potential child abuse, but may keep them from contributing positively to a democratic society.

Presumptive ban means no due process and no presumtion of innocence.

“We have an essentially unregulated regime in the area of homeschooling,” Bartholet asserts. All 50 states have laws that make education compulsory, and state constitutions ensure a right to education, “but if you look at the legal regime governing homeschooling, there are very few requirements that parents do anything.”

Even apparent requirements such as submitting curricula, or providing evidence that teaching and learning are taking place, she says, aren’t necessarily enforced. Only about a dozen states have rules about the level of education needed by parents who homeschool, she adds. “That means, effectively, that people can homeschool who’ve never gone to school themselves, who don’t read or write themselves.” In another handful of states, parents are not required to register their children as homeschooled; they can simply keep their kids at home.

That REALLY doesn’t sound “unregulated”. Poor enforcement of existing rules is the worst excuse ever for creating new rules.

But I admit, the United States is enduring a plague of illiteracy. Pull out the earbuds, crack a Bible and COOL IT WITH THE EMOJIS! >:O

Sending kids to State schools can radicalize children. We shouldn’t risk that.

She argues that one benefit of sending children to school at age four or five is that teachers are “mandated reporters,” required to alert authorities to evidence of child abuse or neglect. “Teachers and other school personnel constitute the largest percentage of people who report to Child Protective Services,” she explains, whereas not one of the 50 states requires that homeschooling parents be checked for prior reports of child abuse. Even those convicted of child abuse, she adds, could “still just decide, ‘I’m going to take my kids out of school and keep them at home.’”

I love an honest atheist. “Children should be sent to State schools because government experts can monitor their parents for dissident behavior by proxy!” What a pity, however, that the sheep can’t see what the sheepdogs do.

As an example, she points to the memoir Educated, by Tara Westover, the daughter of Idaho survivalists who never sent their children to school. Although Westover learned to read, she writes that she received no other formal education at home, but instead spent her teenage years working in her father’s scrap business, where severe injuries were common, and endured abuse by an older brother. Bartholet doesn’t see the book as an isolated case of a family that slipped through the cracks: “That’s what can happen under the system in effect in most of the nation.”

That book, Educated, was #1 on the NY Times’ bestseller list in 2018, also NY Times’ 10 Best Books of 2018 and has sold more than 4 million copies. Tara turned out fine, all ten fingers and no vibrantly savage boy-toy, at least until Brigham Young University accepted her without a high school diploma and began turning her into a bitter feminist.

Her family has retained legal representation against her, claiming misrepresentation. I’m inclined to believe the family because Tara openly despises her father for not raising her in a State-regulated institution. Forcing kids to help with the family business, how cruel!

Turned out that what she really wanted was to be accepted by the Christ-hating Jews of Harvard, who now parade her controversial autobiography as casus belli for tearing all children away form their parents… presumptively.

In a paper published recently in the Arizona Law Review, she notes that parents choose homeschooling for an array of reasons. Some find local schools lacking or want to protect their child from bullying. Others do it to give their children the flexibility to pursue sports or other activities at a high level. But surveys of homeschoolers show that a majority of such families (by some estimates, up to 90 percent) are driven by conservative Christian beliefs, and seek to remove their children from mainstream culture. Bartholet notes that some of these parents are “extreme religious ideologues” who question science and promote female subservience and white supremacy.

She views the absence of regulations ensuring that homeschooled children receive a meaningful education equivalent to that required in public schools as a threat to U.S. democracy. “From the beginning of compulsory education in this country, we have thought of the government as having some right to educate children so that they become active, productive participants in the larger society,” she says. This involves in part giving children the knowledge to eventually get jobs and support themselves. “But it’s also important that children grow up exposed to community values, social values, democratic values, ideas about nondiscrimination and tolerance of other people’s viewpoints,” she says, noting that European countries such as Germany ban homeschooling entirely and that countries such as France require home visits and annual tests.

Democracy only works if everybody is educated by the same, centralized authority! There is NO PLACE in Democracy for dissent! Oops.

In the United States, Bartholet says, state legislators have been hesitant to restrict the practice because of the Home Schooling Legal Defense Association, a conservative Christian homeschool advocacy group, which she describes as small, well-organized, and “overwhelmingly powerful politically.” During the last 30 years, activists have worked to dismantle many states’ homeschooling restrictions and have opposed new regulatory efforts. “There’s really no organized political opposition, so they basically get their way,” Bartholet says. A central tenet of this lobby is that parents have absolute rights that prevent the state from intervening to try to safeguard the child’s right to education and protection.

GUNS, Old Maid. Guns are why American socialists are reluctant to go door-to-door confiscating children from their fathers, while they’re bold to do so in France and Germany.

Now that fathers are mostly gone, betrayed by their wives for thirty pieces of silver, Harvard thinks it’s time for a “conversation”. In June. Will the Home Schooling Legal Defense Association be invited to speak, being the ideal voice for the opposition? No bet.

Bartholet maintains that parents should have “very significant rights to raise their children with the beliefs and religious convictions that the parents hold.” But requiring children to attend schools outside the home for six or seven hours a day, she argues, does not unduly limit parents’ influence on a child’s views and ideas. “The issue is, do we think that parents should have 24/7, essentially authoritarian control over their children from ages zero to 18? I think that’s dangerous,” Bartholet says. “I think it’s always dangerous to put powerful people in charge of the powerless, and to give the powerful ones total authority.”

Can we quote you on that. Bartholet?