We are not a people given to fear… We the Skateboarding People Of California! Admiring these folks’ grit will give you hope for the future.

Amid pleas for residents to stay home during the coronavirus pandemic, the city took additional steps this week to keep skaters out of San Clemente’s skate park by pouring 37 tons of sand onto the concrete surface.

Samantha Wylie, the city’s recreation manager for the Beaches, Parks and Recreation Department, explained that since closing access to all parks on April 1, skaters continued to visit Ralphs Skate Court despite posted signage warning against trespassing.

“On April 1, we kind of let it play out to see if users would abide by the closure,” Wylie said. “During that (two-week period), we saw people…

…continue to skate the park, groups would gather, kids with their parents…

SOMEBODY is childless and bitter!

…it became a regular (occurrence). It appeared the closure was not being abided by.”

You useless, micromanaging MORON, Samantha Wylie! Did you really think that Californian outdoors enthusiasts like THIS: 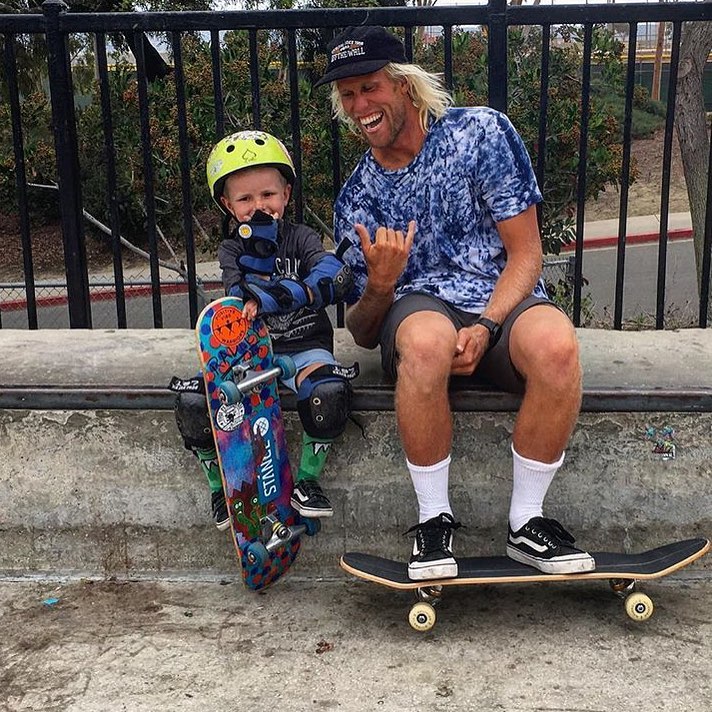 …would give up and go home if you turned their SKATE PARK into a BEACH? 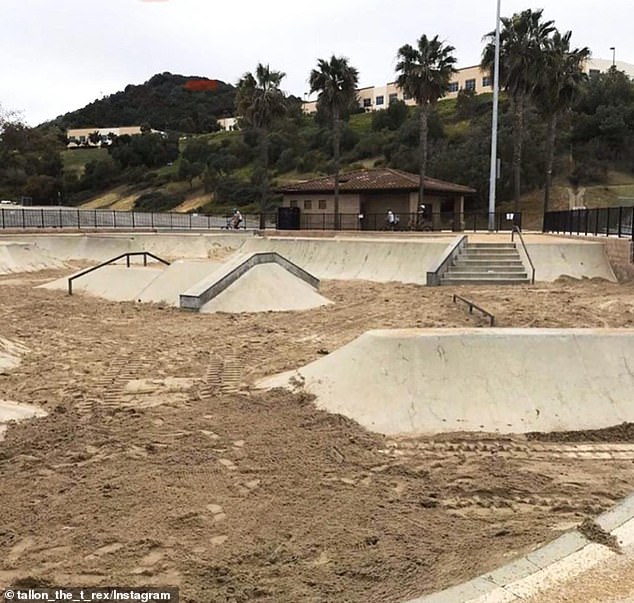 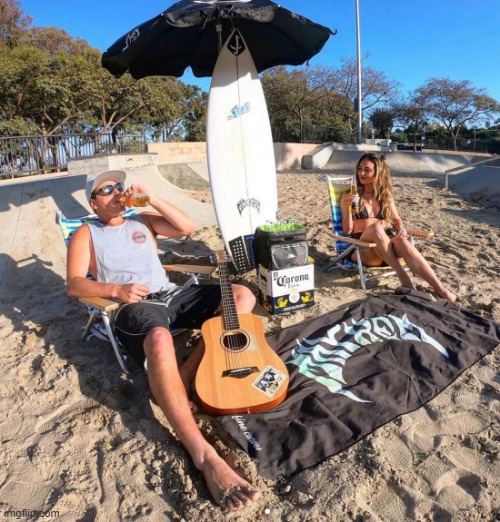 …and this is after. Smooth move, Karen!

We’d like to thank @cityofsanclemente, who after over-reacting and irrationally shuttering all our beaches and trails, came to the brilliant conclusion to use tax payers dwindling dollars to at least create for us a new beach, up in the Ralph’s Skatepark. Now we have an all new beautiful beach to kick back and enjoy a few #Coronas on, while we wait out the #WuhanFlu. Then, when it’s over, we can use even more tax payer dollars to clean all the sand out and carry it back to #NorthBeach, where it’s so badly needed.

I salute you, my main man Matt! 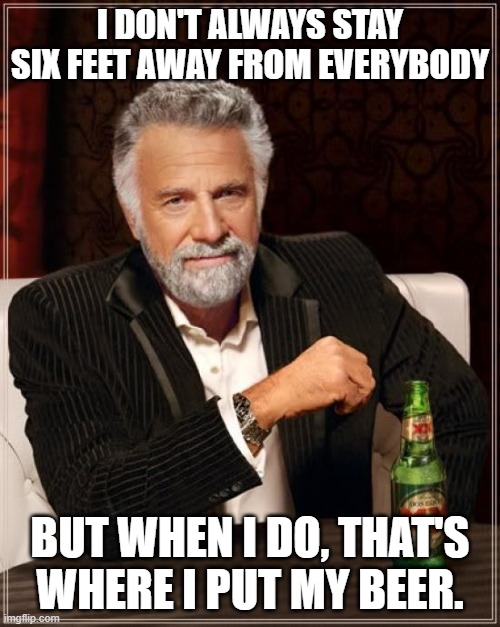 She also noted that the Orange County Sheriff’s Department had been patrolling the area as well, prompting several contacts to let skaters know the park was closed. On Monday, April 13, she said, the decision was made to take action similar to those of other cities.

The female herd instinct at work. “I must kill all joy in the world because that’s what the people I most admire would do!”

Kudos to the cops, they didn’t ticket or arrest anybody. “Hey, kids, just so you know, Killjoy Wylie’s job starts at 10am and ends at 2pm. Lie low while she’s commuting, okay?”

“The sand was what other agencies were doing. We’re doing what other parks have done to enforce that message of social distancing,” she said, noting that some cities have used mulch, hay or sand to fill in their skate parks.

SOME cities don’t have California surfer bums with cheerfully insolent attitudes about bureaucracy. I know my state has become known for queers and baby mommas but do try to remember that before Satan’s hordes moved in, we were a bit, what’s the word, anti-authoritarian?

According to Wylie, the parking lot to the Richard T. Steed Memorial Park and the adjacent skate park on Avenida la Pata was closed. But that didn’t stop visitors from parking their cars at the dog park down the road and walking up to the skate park, which wasn’t blocked off with any tall fencing.

“We did consider fencing. Fencing is really difficult to get right now, and we know we’ve done fencing at the skate park before, and it just gets hopped over,” Wylie said, later adding: “We also considered security, but there’s a cost to that. The sand, it cost us nothing to put it in, (and) it’ll cost us nothing to remove it. So that’s why we went with that decision.”

It’s just as well she didn’t try private security. As in “private-sector security”. 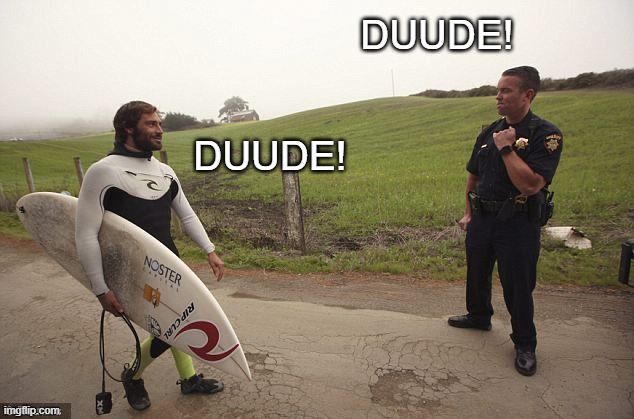 The action, however, has raised concerns among those within the skateboard community, according to Stephanie Aguilar, president of the San Clemente Skatepark Coalition. Over the years, the nonprofit group has raised money to support the park.

While the Coalition understands the need for social distancing, Aguilar said the city could have done more to better communicate the problem with the community, such as reaching out to the nonprofit for help with messaging or using its own social channels to warn skaters that drastic steps would be taken if they didn’t abide by the closure.

“It just seems there could have been better communication, which could have helped with the response to everybody,” Aguilar said.

“There’s a lot of people within our community who have put a lot of time and money, personal money . . . to the skate park,” she said, also noting, “That visual representation of the city dumping sand into the skate park, it almost feels like, when you look at it, the city vandalized its own park, and I think it pains people to see it.”

I couldn’t find a pic of Wylie but here’s surfer girl Stephanie Aguilar: 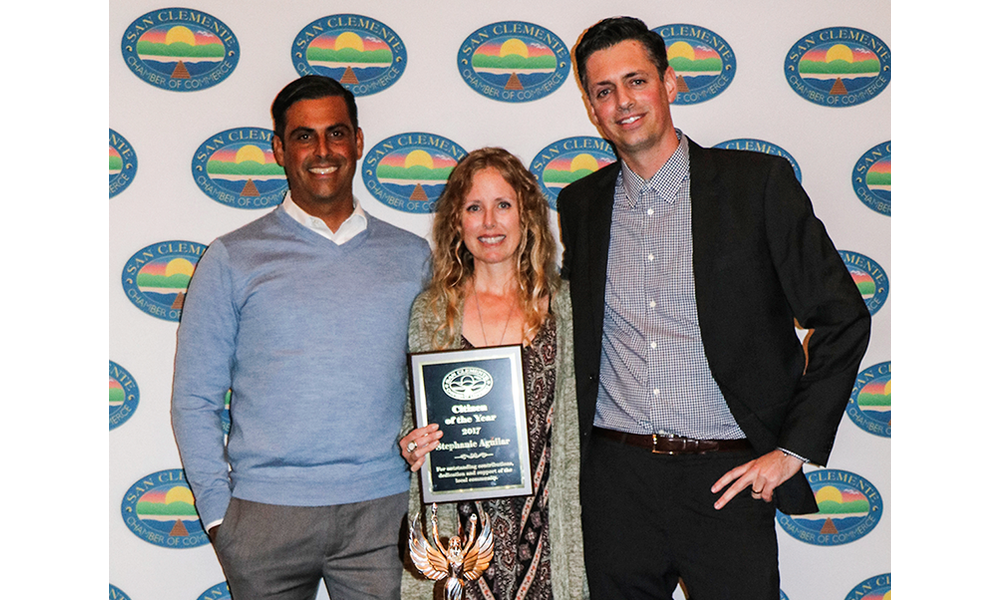 The Coalition and local skateboarders are also questioning whether the sand, by trapping in moisture from potential rains and causing mildew or mold, would permanently harm the surface of the concrete.

Responding to that concern, Wylie said the city doesn’t anticipate finding any damage to the park after the sand is eventually removed. If there is damage, she added, the city would repair the concrete.

“We’re very confident that the removal of the sand will not damage the concrete surface. . . . If there is any damage to the concrete, it will be fixed,” she said. “The concrete gets damaged during normal use, and our maintenance is quick to fix it whenever things come up.”

I’m very confident that government-issued promises to clean up after itself are worth less than saltwater along the coast. Was going to say “toilet paper” but, y’know….

For the Coalition, Aguilar said, the endeavor reinforces the skateboard community’s belief of a double standard the city has had for skateboarders in San Clemente.

“Social distancing hasn’t been followed in a lot of different areas, whether it’s on our trails, tennis courts, the basketball courts, the walking paths; we didn’t see the city dump sand on the walking trail,” Aguilar said. “We didn’t see them dump sand onto any other sport area that’s being used. It just plays into, kind of feeds into that double standard the skate community has been treated with.”

In recent weeks, the city has taken drastic measures to limit the spread of the virus by closing the beaches and San Clemente Pier, as well as cutting off access to the coastal trails, including the Beach Trail and Sea Summit/Marblehead Coastal Trail.

According to Wylie, the tennis courts, which are surrounded by 12-foot fencing, have been closed, while the nets and rims have been removed from the basketball courts.

Stopping the Little People from having fun is a job that just never ends, does it, Commissar Karen?

8 thoughts on “Defiance Of the Lambs”