“…Northam will enact gun control anyway. Methinks your “lobbying” is less about results than excuses. You “heroic, law-abiding Americans” won’t do anything to remove your evil governor. Not even a recall petition.”

Now, guess what Northam & cronies have been doing to keep busy during Easter weekend?

And this is a PARTIAL listing of what he’s been up to since the Chinavirus Quarantine started.

“We lose too many Virginians to gun violence, and it is past time we took bold, meaningful action to make our communities safer,” said Governor Northam. “I was proud to work with legislators and advocates on these measures, and I am proud to sign them into law. These commonsense laws will save lives.”

More than 1,000 Virginians die from gun-related incidents each year. Governor Northam has been a fierce and consistent advocate for gun safety measures in the Commonwealth and following the tragic May 2019 mass shooting in Virginia Beach, he immediately called a special session of the General Assembly to address the gun violence emergency in Virginia.

Senate Bill 70 and House Bill 2 require background checks on all firearm sales in Virginia, which will prevent guns from ending up in dangerous hands.

Senate Bill 240 and House Bill 674 establish an Extreme Risk Protective Order, which creates a legal mechanism for law enforcement to temporarily separate a person from their firearms when they represent a danger to themselves or others. Virginia is now among 19 other states and the District of Columbia in enacting this type of law.

Correction, “temporarily separate a person from their firearms WITHOUT DUE PROCESS OF LAW”.

House Bill 9 requires gun owners to report their lost or stolen firearms to law enforcement within 48 hours or face a civil penalty.

House Bill 1083 prevents children from accessing firearms by increasing the penalty for recklessly leaving firearms in their presence.

Senate Bill 479 and House Bill 1004 prohibit individuals subject to protective orders from possessing firearms, require them to turn over their firearms within 24 hours, and certify to the court that they have turned over their weapons. Governor Northam amended this legislation at the request of the Virginia Sexual and Domestic Violence Action Alliance. This will enhance safety for victims by allowing judges to hold the respondent in contempt of court if they fail to comply with the certification requirements.

Noncompliance with Virginia’s Red Flag law can result in incarceration without due process of law, too.

Welcome to the Hotel California, Virginians. You can check out any time you want… but you can never leave.

RICHMOND—Governor Ralph Northam today signed new laws that repeal racist and discriminatory language from Virginia’s Acts of Assembly, give localities the ability to remove or alter Confederate monuments in their communities, and begin the process of replacing Virginia’s statue of Confederate General Robert E. Lee in the United States Capitol.

The history of the Confederacy just got Cancel-Cultured.

“Racial discrimination is rooted in many of the choices we have made about who and what to honor, and in many of the laws that have historically governed this Commonwealth,” said Governor Northam. These new laws make Virginia more equitable, just, and inclusive, and I am proud to sign them.”

Senate Bill 183 and House Bill 1537, sponsored by Senator Mamie Locke and Delegate Delores McQuinn, respectively, overturn the Commonwealth’s prohibition on the removal of Confederate war memorials. Starting July 1, localities will have the ability to remove, relocate, or contextualize the monuments in their communities. Virginia is home to more than 220 public memorials to the Confederacy.

Senate Bill 612 and House Bill 1406, sponsored by Senator Louise Lucas and Delegate Jeion Ward, respectively, create a commission to recommend a replacement for the Robert E. Lee statue in the United States Capitol. To date, eight statues in the National Statuary Hall have been replaced, and seven additional states are working through a similar process to replace statues.

Of all the celebrities of the Confederacy, Lee is probably the least racist.

Governor Northam also signed new laws to strike discriminatory language from Virginia’s Acts of Assembly. In June 2019, Governor Northam established the Commission to Examine Racial Inequity in Virginia Law, which subsequently identified 98 instances of overtly discriminatory language still on the Commonwealth’s books. This includes laws that banned interracial marriage, blocked school integration, and prohibited black and white Virginians from living in the same neighborhoods. While many of these Acts of Assembly have been overturned by court decisions or subsequent legislation, they had remained enshrined in law.

The Acts of Assembly were part of Jim Crow legislation. This is not even about ending discrimination. It’s about unpersoning and virtue-signaling.

Reparations to gibmedat blacks were shot down previously but Republicans left those responsible for the effort in power… and look where we are today. When the wicked aren’t punished, they don’t stop.

“Voting is a fundamental right, and these new laws strengthen our democracy by making it easier to cast a ballot, not harder,” said Governor Northam. “No matter who you are or where you live in Virginia, your voice deserves to be heard. I’m proud to sign these bills into law.”

House Bill 19 and Senate Bill 65, sponsored by Delegate Joe Lindsey and Senator Mamie Locke, respectively, remove the requirement that voters show a photo ID prior to casting a ballot. Voter ID laws disenfranchise individuals who may not have access to photo identification, and disproportionately impact low-income individuals, racial and ethnic minorities, the elderly, and individuals with disabilities.

House Bill 108 and Senate Bill 601, sponsored by Delegate Joe Lindsey and Senator Louise Lucas, respectively, make Election Day a state holiday, which will help ensure every Virginian has the time and opportunity to cast their ballot. In order to maintain the same number of state holidays, this measure repeals the current Lee-Jackson Day holiday, established over 100 years ago to honor Confederate generals Robert E. Lee and Stonewall Jackson.

Lamest excuse ever to repeal a holiday. Everybody knows they’re lying.

“Virginia’s photo ID law was designed to make it more difficult to vote,” said Delegate Joe Lindsey. “It is past time we repealed this law, and I’m grateful to the Governor for helping us get it done.”

The following was Northam’s test-run for the preceding:

Governor Northam signed House Bill 995, sponsored by Delegate Joe Lindsey, which raises the felony larceny threshold from $500 to $1,000. In 2018, Governor Northam negotiated a compromise that raised the threshold raised from $200, the first time it had been adjusted in over three decades. Thirty-five other states and Washington, D.C. have felony thresholds at or above $1,000. This measure will lead to fewer Virginians with felony convictions on their records. This bill incorporates House Bill 263 and is identical to Senate Bill 788.

“While we will continue to hold people accountable for their actions, it’s important that the punishment fit the crime,” said Governor Northam. “This bill will bring Virginia in line with the majority of states in our country, modernizing our law to ensure that one mistake does not define a person’s entire life.”

The criminal’s only mistake is believing he won’t be held to account… by Father God, if not by government.

Banning Racial Discrimination on the Basis of Hair 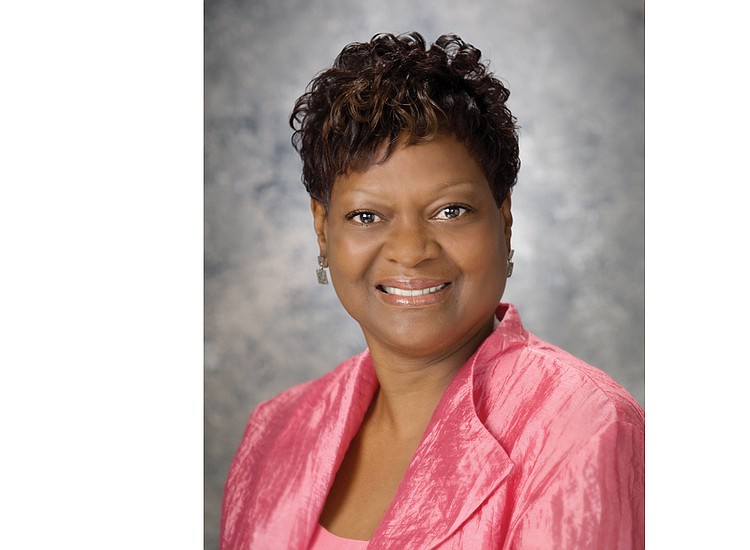 Yep, I had to check her hair. It’s not even frizzy-suck like I expected.

…which bans discrimination on the basis of hair. The bill clarifies that when the law bans racial discrimination “on the basis of race,” that includes “traits historically associated with race, including hair texture, hair type, and protective hairstyles such as braids, locks, and twists.” This bill is identical to Senate Bill 50.

“It’s pretty simple—if we send children home from school because their hair looks a certain way, or otherwise ban certain hairstyles associated with a particular race—that is discrimination,” said Governor Northam. “This is not only unacceptable and wrong, it is not what we stand for in Virginia. This bill will make our Commonwealth more equitable and welcoming for all.”

The epidemic of black children forced to stay home from school because they had Afros is so horrible that nobody has even noticed it yet!

…But not for whites…

The article ends with a couple dozen other bills, the most interesting of which is HB 639, which specifies that misdemeanor defendants found not guilty by reason of insanity cannot be punished with more than a year of incarceration. It seems fitting.

Arkham Asylum has taken over the streets, and governments, of Virginia.

3 thoughts on “You Lost Your Chance And Your State, Virginians”