Reason Magazine reports on an effort by California’s most hardline atheists to transform churches into low-income housing. That’s probably how the organized Church in California is going to end… toxic leadership hollows out the church until the leadership formally turns their property over to the hordes of migrants trespassing into America… leaving un-helped, as they do now, the responsible adults most in need of advocacy.

That would be good news if true. It isn’t.

California’s housing crisis has gotten so bad that state lawmakers are considering a little divine preemption.

Translation, the sexually deranged tyrants who created the housing crisis are now proposing a solution that takes land away from churches. How consistent.

The aptly named Wiener is the sort of person that the Center for Disease Control should keep a deathwatch on, because homosexuals as active as him will be where the next GRIDS turns up.

That means that local planners wouldn’t have the discretion to deny these housing projects, and third parties would lose the ability to hold them up with interminable environmental appeals and lawsuits.

That is insanely criminal in the context of city planning. No matter how low the water supply is, no matter how bad traffic is, no matter the current capacity of the sewage plant and electrical grid, no matter how burdened police and fire are, local governments would be coerced by the state government into allowing swaths of high-density housing reserved for the zero-tax-paying demographic.

Look at how Sacramento simply waves away its eco-Nazi dogs when doing so suits their purposes! Pure anarcho-tyranny.

The poor of California do not need housing. The middle class of California need housing. What is happening here is that California’s Elites, deranged and proud as the devil himself, are building labor camps for the poor at middle-class (read: taxpayer) expense. When the middle class is finally gone, the Elites will start paying for their plantations themselves, but until then why not bankrupt their enemies?

The poor of California need either 1. to go back home to Squatemala or 2. be given the chance to join the middle class. But the latter requires the existence of accessible, well-paid jobs. Far be it for the Church to help a man make a buck! He might feed himself!

“Churches and other religious and charitable institutions often have land to spare, and they should be able to use that land to build affordable housing and thus further their mission,” said Wiener in a press release. “SB 899 ensures that affordable housing can be built and removes local zoning and approval obstacles in order to do so.”

Wiener’s bill would let qualifying nonprofit institutions build housing projects containing at least 40 units on their own land. If that land is located in an area already zoned for commercial or residential use, these nonprofits could build up to 150 units.

If you figure 15 units per floor, which would be a large apartment building, that’s a ten floor facility that could be built with near-total exemption from local control. The minimum would be a three floor facility. Zoning codes can be abused but trust me, they’re the difference between a city and a slum.

If Sacramento truly wanted to help then they could 1. get rid of environmentalist barriers universally, 2. develop more infrastructure and 3. stop demanding bribes. Looking at YOU, school districts!

Any organizations that take advantage of SB 899 would have to guarantee that the new housing they produce is 100 percent affordable (meaning it’s offered at below-market rates to low-income people). That affordability requirement would expire after 45 years for for-sale housing, and after 55 years for rental housing.

No housing for the middle class allowed. Tell me that’s not class warfare, and not a three-way class war either. It’s the nobles versus the merchants.

On the bright side, it won’t pass (or *sigh* be enforced) because every local government that values its continued existence will fight this law to death. They’re corrupt but not actively self-destructive.

Because, apparently, they aren’t clergy.

S.B. 899 comes on the heels of another piece of legislation—Assembly Bill (A.B.) 1851, sponsored by Assemblymember Buffy Wicks (D–Oakland)—which would eliminate parking requirements for housing projects being built on church land.

As Wiener notes, churches often have spare land in prime locations that would make excellent sites for new housing. Many are also already involved in providing temporary shelter to the homeless. But thanks to zoning restrictions, parking requirements, and lengthy approval processes, many religious institutions are kept out of the housing development business.

One prominent example is the Clairemont Lutheran Church in San Diego, which has been trying to include an affordable housing component to the redevelopment of a dilapidated fellowship hall on its property since 2015. Their plans required building over existing spaces in the church’s underutilized parking lot, and that ran afoul of a city code that ties parking requirements for churches to the square inches of pew space that they have.

I looked them up and they’re an unremarkable church. No female/vibrant pastor. No LGBT flag draped over the Cross. Most of the officers are female and child care is all the church does besides the weekly sermon. Seems every church is like that.

“We drove all the men away and now can’t afford to stay open. We could repent of female empowerment but instead, we’ll let militant atheists house illegal immigrants on our land. Section 8 housing forced upon our neighbors is how God loves humanity!” 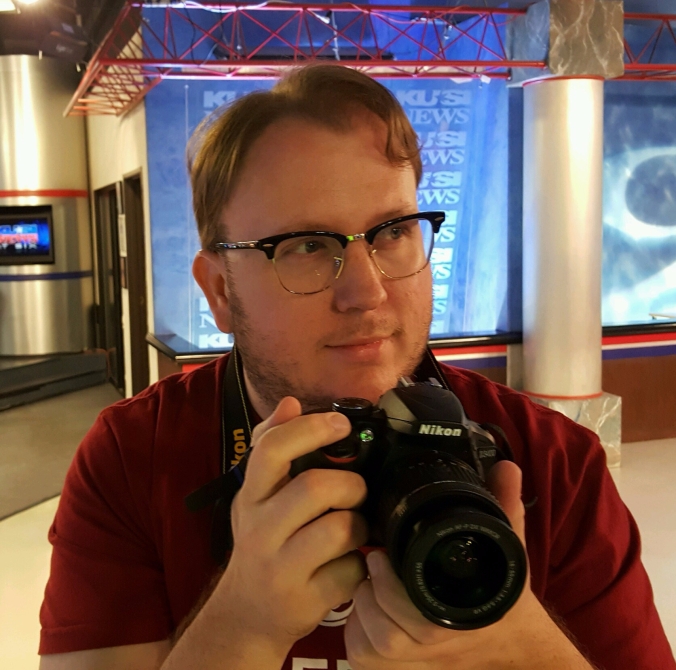 Eddie McCoven. Half-problem glasses, neckbeard and a career journalist. The physiognomy interpretation of neckbeards is that they outline the jaw & chin. Occam’s razor: neckbeards don’t want to look like the chinless fat kid that they probably are. But it might also be cultural. Facial hair goes in and out of style. Eddie doesn’t look like a lumbersexual, however.

Thanks to lobbying by Clairemont and other faith-based nonprofits, the San Diego City Council voted in December 2019 to scrap the pew-space-to-parking-space formula and reduce church parking minimums overall.

The Church died and was reanimated as a faith-based nonprofit corpse.

These local efforts are now being mirrored at the state level with the legislation being introduced by Wiener and Wicks.

I must… resist… naughty puns…

McCoven says his church is still in the development process, and he predicts that breaking ground for the housing component of their project is still a couple of years away. The plan, he says, is eventually to build somewhere between a dozen and 20 new affordable units.

Better make it 40 new units. The devil wants his due.

McCoven says bills such as S.B. 899 and A.B. 1851 will help other congregations interested in developing affordable housing to spend less time and money on the planning process, and more on actually building homes.

“If this type of legislation was already in place when we were starting this project, we would be a lot further along than we are,” he tells Reason. “Any congregation that decides this is something they want to pursue, would probably make it a whole lot easier and a much more streamlined.”

Any congregation that partners with the homophilic tyrants of the California government is dead to Christ. Christianity was never meant to be politically neutral any more than the Church was meant to be a faith-based nonprofit corporation. As you believe, so you will behave.

4 thoughts on “The Endgame of Christian Convergence”