I’m trying hard to not notice the Kung Flu but a comic book crossover did the trick. Bonus, I give the Bat-finger to an architect!

Your first red flag is its being designed by an architect, not an engineer. I don’t often get to indulge in workplace rivalries! Your second red flag is the implication that this “personal bubble” is actually intended to heat YOU up to temperatures high enough to KILL!

And that’s just the headline.

The coronavirus spreading across the globe may have originated from bats and a Chinese architect is pulling inspiration from these creatures’ ability to stay immune in order to protect the public from the illness.

Specifically, gay bats. There are HIV genes found in the virus according to other sources.  Eh, who knows? My respect for atheists attempting !science! continues regressing to a very mean attitude.

Designed by Dayong Sun, the Be a Batman wearable consists of a fiber frame shaped like bat wings that is worn like a backpack.

I compare his concept to the leading brand of physical safety isolation: the Zorb ball! 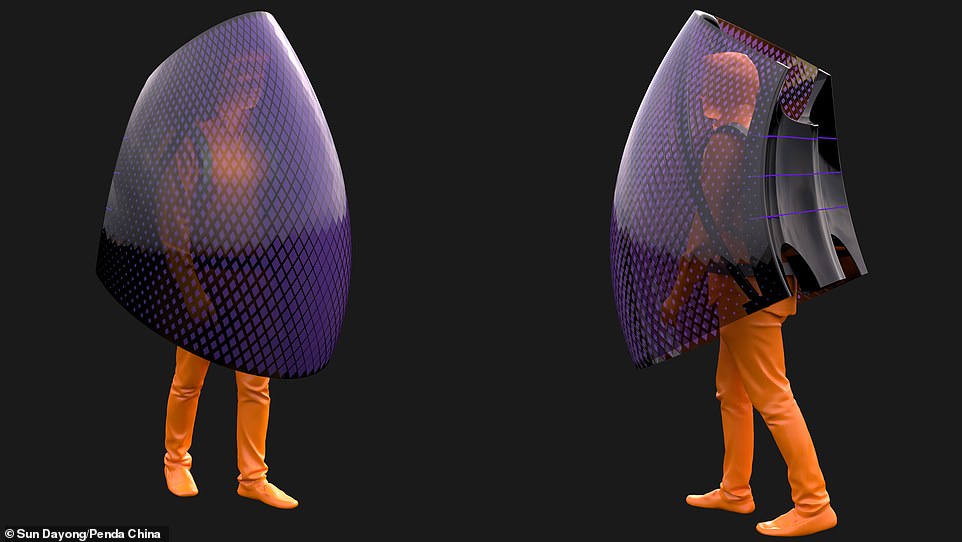 Con: He forgot arm holes. Dirty doorknobs notwithstanding, people do occasionally need to operate simple machinery like that. At least include a “gunport” for a grabber stick.

A thermoplastic material stretches between the supports and encases the wearer in a personal bubble to protect them from contracting the coronavirus.

Was that inspired by Batman or the sneeze shield at the salad bar? Answer: 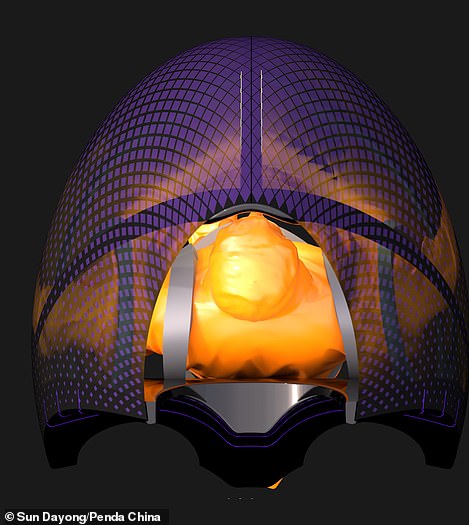 Ah, I see. The panels fold back “bat-like” for storage. So, will there be a gap in microbe coverage at the user’s 12 o’clock high or will it interfere with vision by overlapping and securing in the middle of the user’s visual arc?

An engineering solution would be to cover only the head and shoulders. Then, it could simply fold over the head poncho-style; plenty of room for that outdoors. This is for outdoor use only, right? Because I don’t see it fitting in the cube farm.

The contraption is fitted with UV lights that heat up to temperatures high enough to kill any pathogens in the air, resulting in an enclosed sterilized environment.

UV can sterilize pathogens, yes, but heat is generally produced with heat lamps..? And UV radiation strong enough to sterilize your immediate vicinity sounds like a hellish sunburn risk.

However, the World Health Organization has noted that UV lamps should not be used on areas of skin as this type of radiation can cause skin irritation.

‘The coronavirus will be killed by temperatures of 56 degrees Celsius,’ (133 degrees Fahrenheit) Dayong told Dezeen.

‘The PVC film [the thermoplastic material] cover is like our car windshields – there are heater wire in between the glass for heat the ice and snow in the winter.’

Maybe there’s a reason those heater wires are found in rigid, glass applications rather than flexible, thin plastic applications? To say nothing of the poor human inside that electrically heated greenhouse.

Dayong pulled inspiration from the fictional superhero Batman for this project and the animal itself – he said the ‘superhero pushes the limits of human capabilities, and the fact that bats are one of the wild animals that could be the source of Covid-19 (coronavirus).’

Which of those was supposed to be the selling point?

Although Be a Batman is designed for an outbreak, it could be used as a ‘unique private mobile space for people’ once the coronavirus is contained.

It would need a cup holder just to BEGIN competition against coffee houses.

Experts have yet to pinpoint exactly how coronavirus spreads, but the Centers for Disease Control and Prevention (CDC) believes it is done ‘person-to-person’.

Ah, my tax dollars at work!

Dayong is currently looking for an investor to take this concept into the real world and he also shared that he will offer his services free of charge to make it happen.

‘But sure we still need to do lot of work with engineers for the real production.’

YOU MOTHERFRACKING ARCHITECT! You got international recognition for designing an industrial hygiene product with inspiration from a 1970s childrens’ toy! After you’ve milked the award-show-and-lecture-circuit for all it’s worth (here, thankfully not much), you’ll casually toss the idea to some hapless engineer and pretend to be shocked when he tells you the idea won’t work. How does it come as a surprise, that the Batman logo is not a disinfectant? 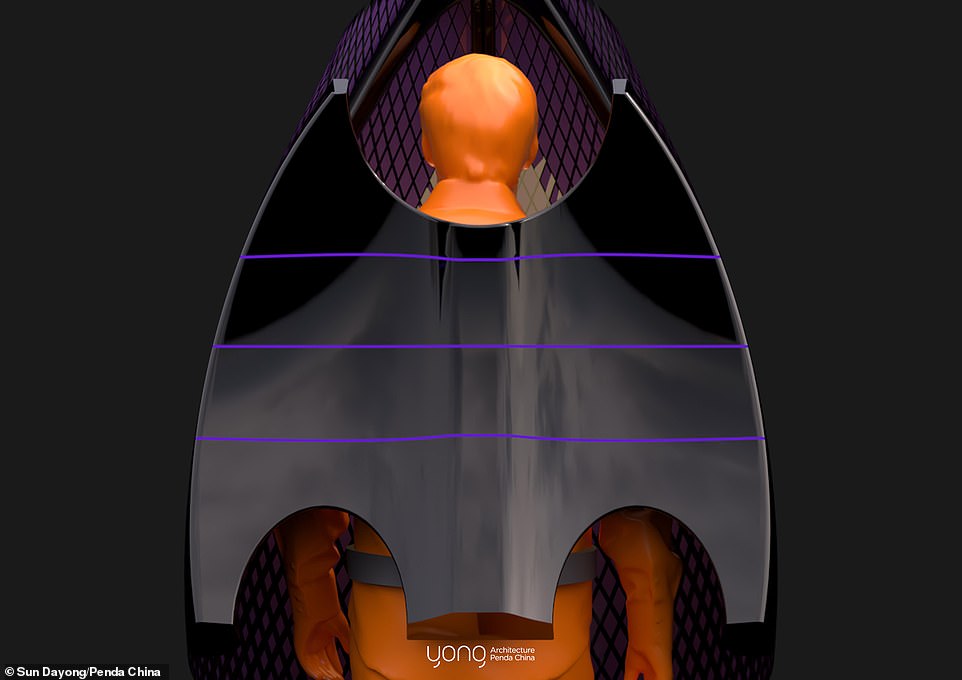 No! See this, architect? This is No! Bad product design!

And don’t get me started on how this is INTENDED to double as a 133-Fahrenheit tanning booth.

Experts have recently noted that the current strain of the coronavirus may have originated from a bat cave 16 years ago.

This explanation is as obviously bogus as Dayong’s Bat-sneeze guard. I don’t know the truth but for my money, it’s the report that one of the Wuhan Biolab technicians was discovered selling “used” lab monkeys for food in the local market that was ground zero. Sounds right for a state-of-the-art biowarfare lab operated by Third World communists.

Sixteen years ago in a bat-cave 1,000 miles away? That sounds like Disney re-rebooting the Star Wars franchise with a DC Comics crossover.