This post is Safe For Work because I share Georgetown U’s Women’s Center For Social Justice’s hatred for public displays of naughty pictures. *Shakes head sadly* Also, anybody who hasn’t been offended by my language to date has nothing to fear.

Trigger warning, this turned out to be a nothingburger. First a bunch of student SJWs sounded the alarm over entire bookshelves full of 19th & 20th Century cheap novels, with all the hot chix and racist language typical of the era, then they sounded the alarm over the books’ mysteriously sudden disappearances.

If you need help connecting THOSE dots then I just don’t know what to say.

The library system at Georgetown University announced this week that it is banning several books that students have deemed “offensive.”

My original expectation was that somebody had found a copy of Trump’s “The Art Of the Deal” in the restricted-use, bourgeois-capitalist-economics section of the main library. 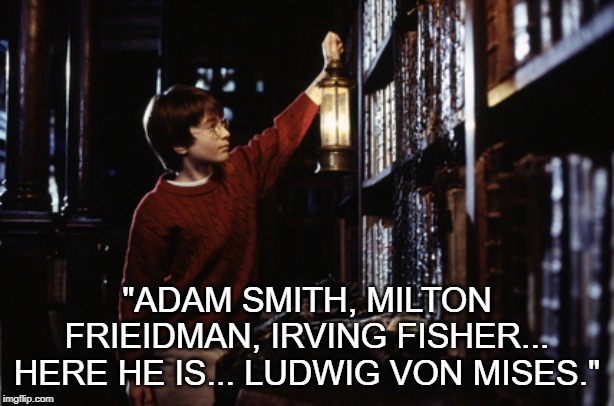 According to a report by the College Fix, Georgetown University officials have removed hundreds of books from campus libraries after students argued that they were riddled with bigotry.

Student Alexandra Bowman complained to administrators after noticing that a book in one campus library prominently featured a Native American on its cover. Shortly thereafter, Georgetown’s Reynolds and McCarthy libraries were almost cleared out.

Bigotry… or pornography? I can’t even tell.

“While some were simply raucous crime noir murder mysteries representative of the literary and cultural time in which they were written, other books included extremely problematic and damaging elements, including the glamorization of rape, including that of underage girls,” Bowman said in a short comment. “Completely naked women of all races were frequently featured on these books’ covers. Further, many books fetishized young nonwhite women.”

Seriously, kids? “Hey everybody, there’s entire bookshelves of sex with completely naked young women of all races over here! Hey, where’d the books all disappear to overnight? Why, it must be a sinister plot by those dried-up old Administration prudes!”

I think this will become a common occurrence as student bodies drop below 25% male. Women will be routinely surprised that men really like sex and will get it from books if they have to.

“Upon looking further at the collection of books in the library, we noticed other serialized books, most published in the mid-20th century, with similar pornographic, racially derogatory themes,” Bowman wrote during correspondence with a Georgetown student newspaper. “Ultimately, the removal of the books was what we expected to come as a result of our inquiry.”

The Georgetown Review, an independent student newspaper associated with Georgetown University, also contributed to the university’s decision to remove the books from the library. After hearing of Bowman’s complaint, the newspaper published a report detailing the most offensive books in the two campus libraries. Some of the books featured sexually provocative cover pictures. The seemingly innocuous book included in the report was Legion, William Peter Blatty’s sequel to The Exorcist was included in the list.

Sounds like a few Jesuits had some curious fetishes.

A Georgetown spokesperson told a student reporter that the decision to remove the books from the libraries was made out of concern for the sensitivity of the university’s students and staff.

That’s a blatant lie. Their students can get free Valentine-Day lube at the LGBT walk-in clinic but accidental exposure to 19th-Century penny dreadfuls is too much?

Administrators “led an investigation into the content of both libraries’ collections” following outreach from the crack research team at the Hilltop and Review. The Residential Life team removed books whose “titles, topics, and images … raised concerns for students and staff,” the spokesperson said.

So much bureaucratic, CYA doublespeak! I followed the link to the student-run campus newspaper to get the down-low.

Speak of the student feminists.

On January 22, a few staff of The Georgetown Review attended a general body meeting of The Hilltop Show—a political satire group on campus—held in McCarthy Library, a study space in the Southwest Quad. On the way out of the room after the meeting concluded, one person noticed a book propped up on one of the shelves along the wall at the head of the conference table. The book was entitled Cherokee, and it contained blatantly racist language degrading Native Americans.

Looking up from this one problematic book, we noticed more offensive books. Thus, we examined every single book in the room.

Clearly, the bookcase had not been perused recently, if at all since the Southwest Quad’s construction in 2003, as thick layers of dust coated the shelves and books. We can only assume the books have gone unnoticed for nearly two decades, since even the most ardent conservative would take exception to the books’ contents, at least without historical or cultural context.

To be clear, The Georgetown Review does not support censorship in any form, since history is only useful if we learn from it, and learn from it all, unrestricted. However…

Get rid of that stinking skin suit, you prissy Leftoid! Nobody believes your lies anymore! Just demand our extermination like a Bernie Sanders supporter.

However, when providing access to historical texts—written during a different time in American history, during times of different moral and social standards—providing context is equally critical to the learning experience.

A large portion—at least half—of all the shelved books were similarly problematic, containing (one of, but in most cases, many) of the following characteristics: racism, sexism, misogyny, homophobia, fetishization, and pedophilia. 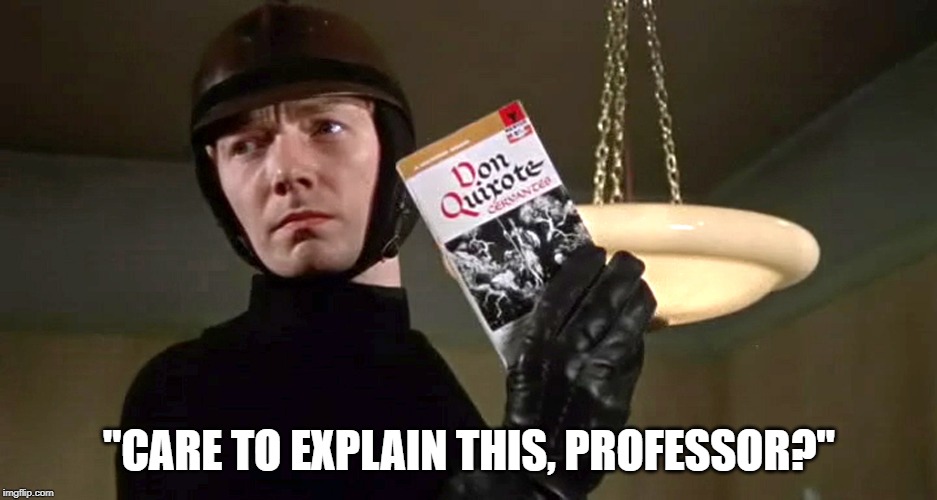 There is another library in Reynolds Hall, in which a staff member of The Hilltop Show found more problematic books, especially for a Jesuit university, portraying Christianity and the Priesthood as evil.

Wow, they went on a good, old-fashioned PURGE of book-burning! I haven’t seen one of those since… since… 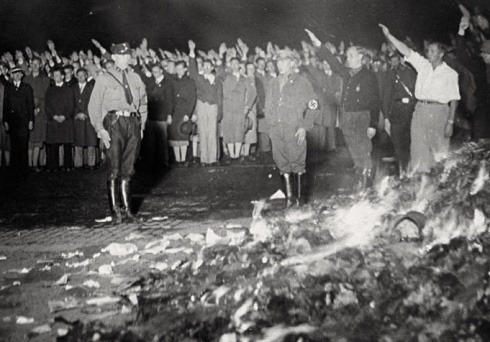 Ohhh yeeeah, baby! Punch a Not-See for me!

On January 25, The Hilltop Show reached out to the Center for Social Justice, the Women’s Center, the Center for Multicultural Equity and Access, Danielle Melidona (Community Director of McCarthy Hall), Katie Heather (Associate Director of Residential Education Office), Tom Mangano (Community Director of Kennedy and Reynolds Halls), and Bill Huff (Director of Residential Services) for comment on the origin and contents of the books, only hearing back from the CSJ, the Women’s Center, and Ms. Melidona as of this publication date. However, as disclosed below, only Ms. Melidona answered The Hilltop Show’s questions, while the CSJ and Women’s Center have received the questions, but have not yet responded.

Recap, some students did a Two Minutes Hate in one of the less-used libraries at Georgetown University. On the way out, a student saw a politically incorrect book poking out of the stacks and instantly triggered, calling out all the forces of Social Justice to purge a university of badthink.

Here is Danielle Melidona’s response. The others either had no idea those libraries existed or wisely had nothing to say.

Hi all, Here is what I’ve been able to gather:

1. How did the McCarthy and Reynolds libraries acquire their books? Was there a process for donations, or shopping for them?

The libraries were created as social and study spaces for students when the Southwest Quad was built and opened in 2003. The shelves were initially bare and there was no plan to fill them until an alum of Georgetown University donated the books to the libraries. Since then, students have contributed to the libraries by donating their old books for various classes or personal collections. I do not have the name of the alum, but am working to identify that information.

The students of yesteryear were the ones to introduce the badthink. Burn, Current Year students! Burn your own books!

2. When did the libraries acquire their books? Are the collections maintained, added to, and/or monitored?

Most of the books are from the initial donation by [name], but the current collections are not formally maintained, monitored, or added to. The spaces operate less as formal libraries and more like community libraries where members take and drop off books as they wish. There is a goal for creating a catalog in the future, but plans have not yet been finalized.

6. Are the libraries open to anyone in the Georgetown community?

Anybody in the residence halls? Well, that explains what proceeded to happen. We return to the main article:

However, before we could search all the books in Reynolds Library, both libraries had been cleared of all but a few books, all of which were written on innocuous topics, such as the European Union, and Railroad Wages from 1900-1952. At least they left a game of Clue. They even cleared books on ROTC programs in the 1940s, paralegal instructional guides, and golf puns, to name a few from memory. They took no chances.

With golf puns? I should hope not!

But upon first encountering the books, we documented nearly forty of the most problematic ones, predicting they would clear the library when questioned. Keep in mind, except for one book (the last in the series pictured at the end of this article—Death of an Informer), the offensive content was surmised from just the books’ front and back covers.

I think Breitbart must have reported this story without looking into the actual details. The deeper I go, the more comical it gets.

So, the books disappeared but the alarmed students are pretty sure that there were golf jokes on the back cover of at least one of them. 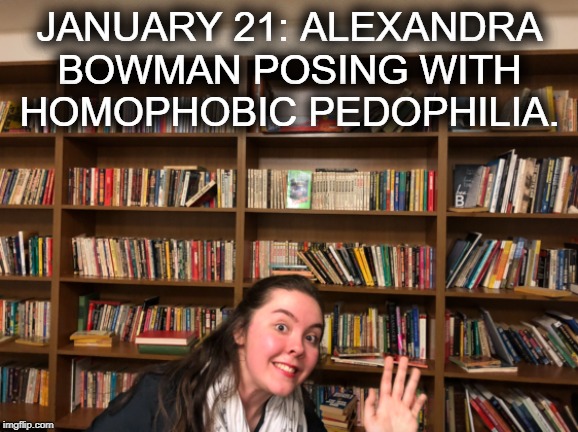 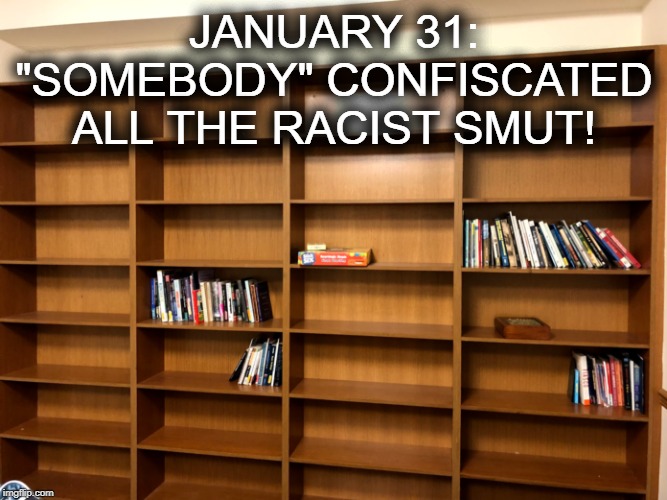 As of noon on January 31, both libraries were in the state we left them—fully stocked with smut. But, by 8:00 PM on January 31, they were nearly empty, as aforementioned and pictured. Clearly, some person or persons in some agency of the university heard of the books via our outreach emails and swept the books under the rug, or rather into oblivion. It is equally fascinating and reprehensible that the Georgetown bureaucracy can mobilize to remove hundreds of books that were sitting undetected for nearly twenty years in the span of an afternoon, but they turn a blind eye to other equally-real problems. Also, to note, they did not simply clear the shelves of all the books; they sorted through the books and only took the problematic ones, requiring more time, planning, and effort.

Bullshit, kids. Clearly, some of your cis-male peers in the residence halls overheard you talking about getting rid of a huge stash of just-discovered naughty books and helped themselves. Did the university authorities really go out of their way for

…Or did a local fraternity just discover the joy of reading in their new private library?

(Not an actual Georgetown fraternity.)

The point is, mobilize the bureaucracy for good, for student health and well-being and happiness! Do not act behind the scenes, be unresponsive, and sweep problems away as if they never existed. Own up to, and work to fix, your mistakes.

To conclude on a lighter note, it would be a shame if the university simply threw these books away. They are commanding respectable prices on eBay. Seems like a good opportunity to liquidate our assets and augment the endowment. 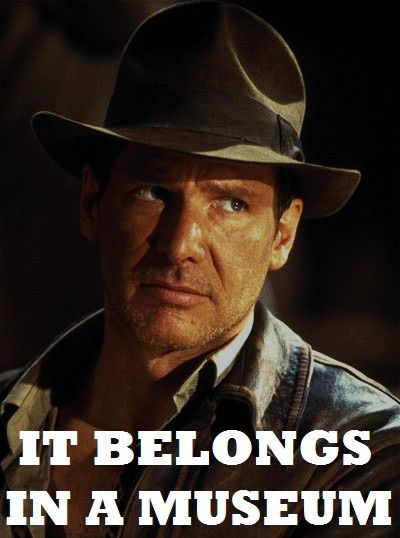 If there’a anything worse than SJWs triggering over harmless old books, it’s SJWs selling those badthink books for money. Bad principles are bad, but bad principles giving way to greed is… what students are learning in Ivy League universities these days.

And while all the attention was on them, a new generation of normal young men got resupplied with years’ worth of entertaining Red Pills! Happy Valentine’s Day, you gloriously feckless scoundrels.