The Woke? The Pozzed? A new label for them: the Self-Hating! Today, you’ll see both an inbound success of capitalist market forces and a pampered, autophageous college prof struggling with the color of his favorite hobby. Enjoy the sweet schadenfreude and the first legit reason in the 21st Century to visit New Jersey! 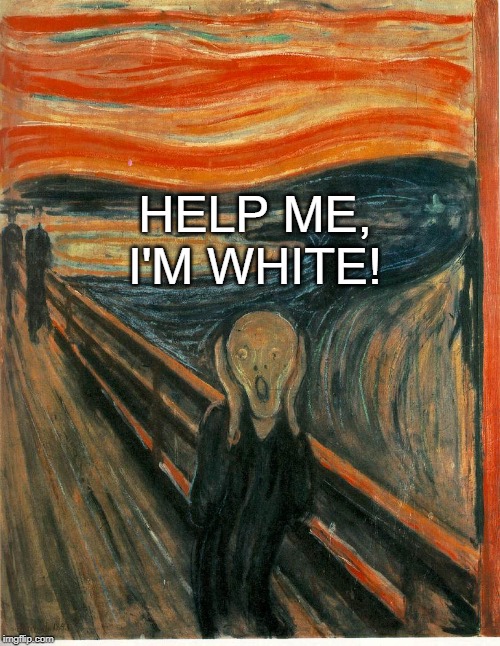 Hmm, more of a yellow… *ducks* 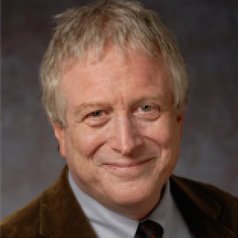 The author is a professor of journalism at Rutgers University, which is why he used the term “dystopian” as a synonym for “innovative”. He has recently co-authored “All the Nations Under Heaven: Immigrants, Migrants and the Making of New York”.

He looks to have an incurable disease. Maybe an STD, maybe an atheist Jew.

In 50 years of skiing, my first downhill run of 2020 was like nothing I had ever experienced. The 28-degree temperature and machine-made snow were familiar enough, but I ended up skiing through a windowless rectangular box, beneath girders and electric lights, and toward a mural of a swank ski lodge.

I was at “Big Snow,” an indoor ski slope at the new American Dream Meadowlands, a mall and amusement park in East Rutherford, New Jersey.

Sounds like fun! I’ve enjoyed skiing on the rare occasion I’ve been able to go… about four times in my life. I would totally sign up for some indoor skiing if I could. Much cheaper than going to a resort in the middle of mountainous nowhere between mandatory holidays with house-bound family.

Whether the vast project will actually deliver the crowds and dollars that its promoters anticipate remains to be seen. Though amusements like Big Snow and Nickelodeon Universe are up and running, most of the mall’s stores and restaurants are set to open in March.

As a historian and avid skier, what I find so jarring about the American Dream Meadowlands is the dissonance of its name and the timing of its completion. Its doors are opening just as malls around the country are shuttering, and as economic inequality and climate change have rendered the postwar vision of the American Dream – modest but real prosperity, a better life for all and little luxuries like the Saturday ski trips that brightened my youth – ever harder to attain for ordinary Americans.

Malls are going out of business because 1. the Internet has facilitated direct sales to the point that commercial outlets are of limited value and 2. tax/business regulations make storefronts too expensive for the kind of small businesses that benefit most from malls, which are basically crowdfunded department stores when you think about it.

As we will see in this article, Meadowlands is a venture into malls as a place of recreation instead of a place of commerce. Time will tell if it works, but this is exactly why capitalism is better than socialism: parasites fear loss, producers embrace opportunity.

The broad prosperity of the United States’ postwar years was built on mass consumption made possible by good wages – often won by unions – for working- and middle-class Americans. Malls, starting in the 1950s, were central to this enterprise.

Unions as professional associations have always been beneficial. Postwar unions reinventing themselves as collective bargainers were bullies and thieves that are STILL preying upon society thanks to those overly generous pension plans they negotiated with the State in the name of the not-yet-born.

As historian Lizabeth Cohen points out, malls were hardly innocent participants in the postwar economy: They drained shoppers, department stores and vitality from urban downtowns and suburban main streets.

This is not true. I grew up in ’80s Los Angeles and malls were the centerpieces of urban downtowns and suburban main streets.

African Americans and Latinos in places like Newark, New Jersey, found themselves isolated from the jobs and shopping opportunities found in malls, while their cities were sapped of tax revenue.

You know why malls don’t like vibrants, Leftoids? Here’s a tip: it’s the same reason why vibrants are over-represented in prison populations. He’s another tip: discrimination is the result of the reason, not the reason itself.

In fact, I’ll give you the reason just to watch your reenactment of Edvard Munch’s The Scream: Blacks and Latinos have less respect for law and private property than white people.

The economic growth that defined the postwar boom staggered in the 1970s. When it resumed, it distributed wealth in ways that exacerbated economic inequality. By the 1990s, the security and social mobility that Americans once considered normal had withered.

Which is it? Economic inequality or social mobility? Come on, “historian”, the poor of America live better than the kings of yore.

Malls, meanwhile, experienced a steady and slow decline. Economic inequality weakened the middle class that long served as malls’ customer base. Then online shopping undermined the brick-and-mortar stores that populated malls. By the 21st century, the future of the traditional shopping mall was shaky at best.

No to the first. Yes to the second. Sheesh, could this guy beat the “economic inequality” drum any harder?  It’s only a matter of time until he blames economic inequality for the weather… ohhhh, right. “Climate change.”

Look no further than the fate of Macy’s. The department store that has long served as an “anchor” for hundreds of malls announced on Feb. 5 that it would close 125 stores in shopping centers across the United States.

Because of risky corporate decisions? Obsolete business models? Female leadership? Socialists obsess over outcomes as if they exist independent of behavior.

Nonetheless, in the Meadowlands American Dream forges on.

Developers broke ground in 2004 for its predecessor, a mall initially dubbed “Xanadu” after the pleasure dome in Samuel Taylor Coleridge’s poem “Kubla Khan.” Though its construction was halted by the 2008 recession, Xanadu was reborn as American Dream Meadowlands, a US$5 billion development built by the Triple Five Group, the same Canadian firm that constructed the Mall of America in Minnesota. A joint series by WNYC, NJ Spotlight and Bloomberg Businessweek described American Dream Meadowlands as “a labyrinth arrangement of private loans, bond sales, tax incentives and a public finance agency in Wisconsin.”

Michael Bloomberg doesn’t get to complain about inscrutable finances. Besides, unless this indoor ski slope is brought to us by Muslim terrorists, I don’t care who profits from it.

If the financing of American Dream is byzantine, its rationale is straightforward. As shopping malls shut down because online retailing is siphoning off their customers, American Dream hopes to attract patrons by offering more amusements than stores.

An excellent idea. In fact: 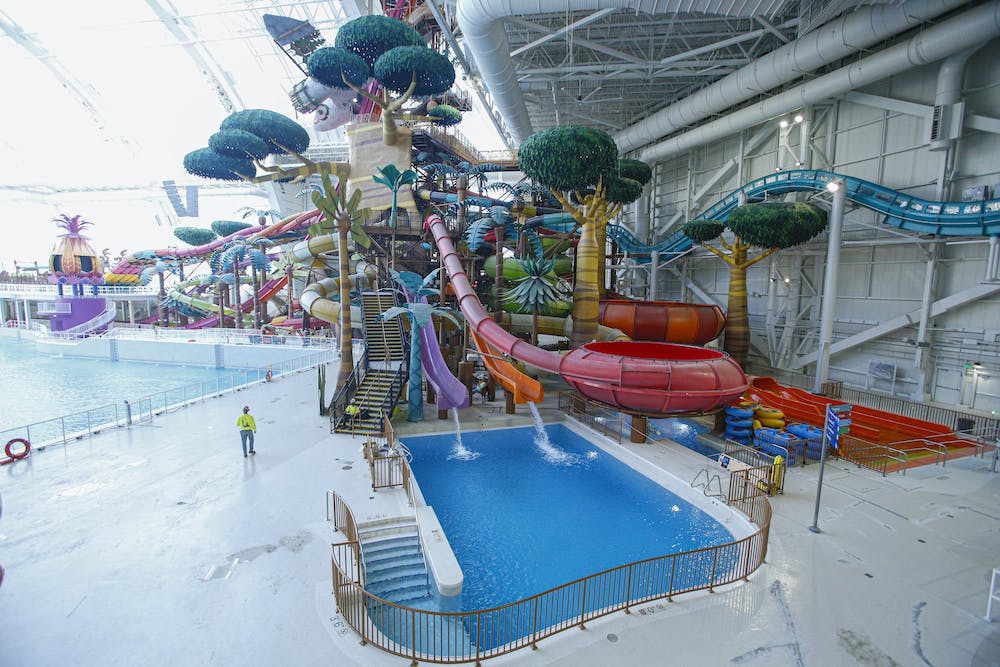 Their water park looks fun, fun, fun! My annual theme a few years back was visiting as many water parks in California as I could. This pasty white guy has had better ideas than sunburning while standing on hot pavement, but an indoor water park sounds great. Those slides are way better than the usual kiddie fare, too. That red slide in front is a whirlpool! You swirl around in that saucer until you fall through the hole in the middle into the catch basin underneath. I chickened out when I had the chance in Paso Robles.

One day skiing and one day watersliding? I can see myself making a trip to New Jersey for that… and yesterday, I would have laughed at the idea of vacationing in New Jersey.

The mall’s creators envision that its pay-to-enter attractions like the DreamWorks Water Park and Big Snow – the first indoor ski hill in the U.S. – will be the draw that brings visitors, who will then go on to spend money in the stores. When visitors to American Dream shift from amusements to the task of shopping, they’ll have an array of stores to choose from, ranging from Forever 21 to Hermes, where pocketbooks sell for thousands of dollars.

I’ve done this sort of thing before, in Las Vegas in the ’90s. They tried to reinvent the place as family-friendly. A friend and I did the indoor park at Circus Circus, which included an indoor roller coaster and a short-termed Star Trek attraction. Just hitting the huge arcades and motion simulators was fun. Alas, the marketing effort failed because responsible parents aren’t as profitable as problem gamblers. Las Vegas became Sin City once again.

Even so, how could anybody call that kind of experiment “dystopian”?

Downhill skiing, a product of postwar prosperity and the American Dream, never entirely transcended the limits of its time. Despite a significant number of African American skiers, they are not included in the sport’s public image – a problem summed up in a brilliant essay by historian Annie Gilbert Coleman titled “The Unbearable Whiteness of Skiing.”

Of course. The racist, bitter, ugly, childless, feminist androgyne who doesn’t distinguish between “fun” and “white privilege”. I would have fisked that essay instead but she’s charging $22 for it. Methinks her picture says enough: 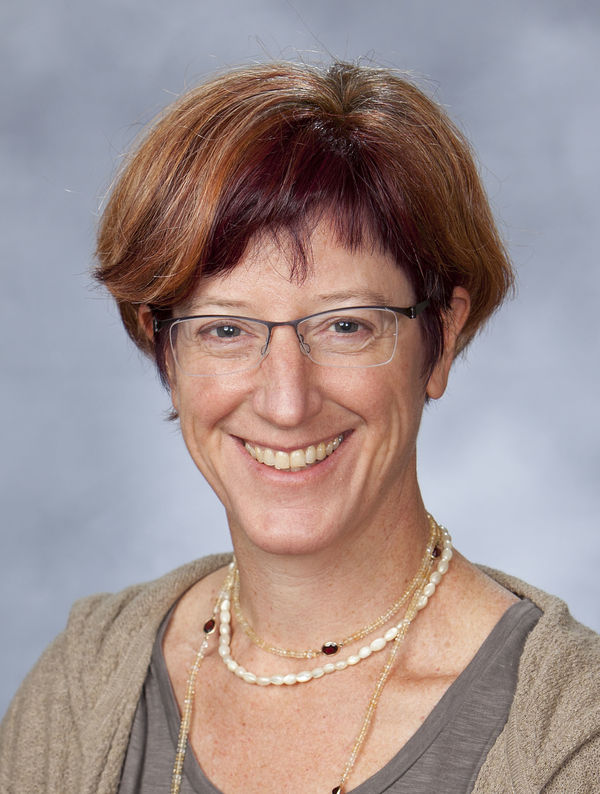 I’m skeptical about the mall’s prospects. But beyond its profitability, there’s certain to be an environmental cost. 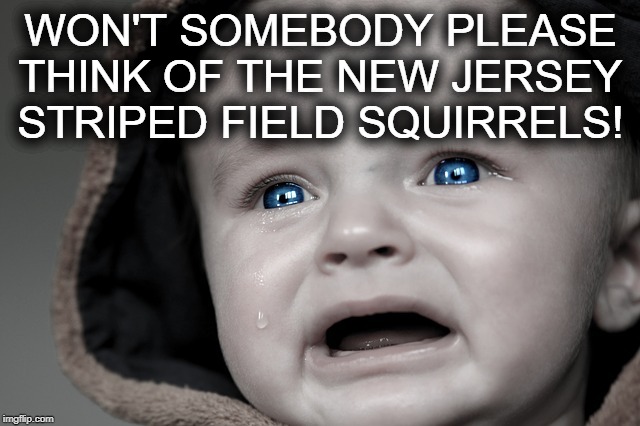 Think of the massive amounts of energy the mall will consume to keep Big Snow at 28 degrees year-round. And in an era when climate change and rising sea levels remind us of the importance of wetlands to absorb rain and storm surges, the mall slices off yet another piece of the Meadowlands, leaving the mall and the region around it more vulnerable to flooding. 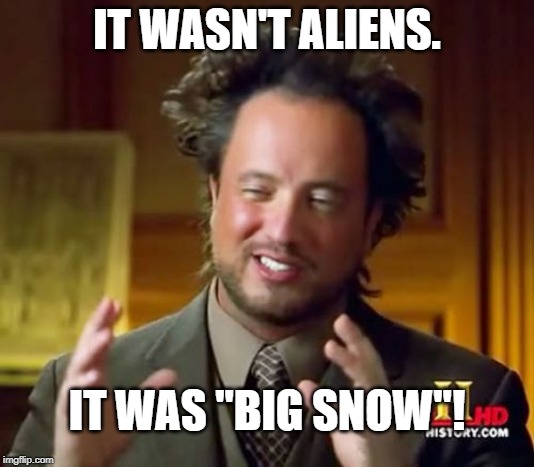 Relax, Snyder, I’m sure the billionaires who flew to Switzerland in private planes to warn the little people against climate change are buying oceanfront properties only to burden them with titanic, ugly seawalls for the good of mankind. Why else would the people who expect coastal areas to drown continue purchasing expensive coastal property? /sarc

Mr. Snyder, how about you fly to Dubai and demand the Muslims unplug THEIR indoor skiing? Maybe replace it with a homosexual bath house? Why do only white people get shamed for having fun?

And speaking of feeling shame for having fun:

The skier in me keeps returning to the artificial slope. Global warming may be cutting into the length of ski seasons.

But is the answer to build an artificially refrigerated ski slope on a wetlands?

Of course, outdoor downhill skiing is far from environmentally pure. Badly cut trails scar mountainsides, and at many ski resorts – with their slope side shops and condominiums – athletic pursuit long ago gave way to real estate development.

Yet of all the sports that boomed in the United States in the last century, skiing offered people a special blend of grace, thrills and natural beauty.

His gender must be Questioning.

Most of my skiing is cross-country, which brings me to serene and remote places that I would never otherwise get to. Downhill gives me mountaintop vistas and manageable thrills. Big Snow provides none of these.

I left the American Dream Meadowlands bewildered. My muscles ached pleasantly the way they usually do after skiing, but I didn’t feel the sense of ease and satisfaction that I associate with a good day in the outdoors.

As I headed for my car, a construction worker laboring to finish the stores in time for their March opening asked me what Big Snow was like. I said it was different. He said that he liked to ski but was planning to go to Gore Mountain in the Adirondacks. I told him that was the better bet.

3 thoughts on “The Unbearable Whiteness Of Indoor Skiing”