A lazy Sunday afternoon dismantling of a Churchian Cuckservative in full cognitive surrender to the Narrative.

Can Any of the Democratic Candidates Appeal to Evangelicals?

Can they, sure. Do any of them want to, not even a little. If you missed the notice in Scripture then take a memo: the wicked hate the righteous. We can reliably categorize the DemoCandidates 2020 as wicked for reasons ranging from Fauxcahontas’ cultural appropriation to Butt-Gig’s shaming the Church for NOT being sexually depraved to Brother Bernie lusting to build literal gulags.

Frankly, all but the Muslim should be disqualified just for health reasons. 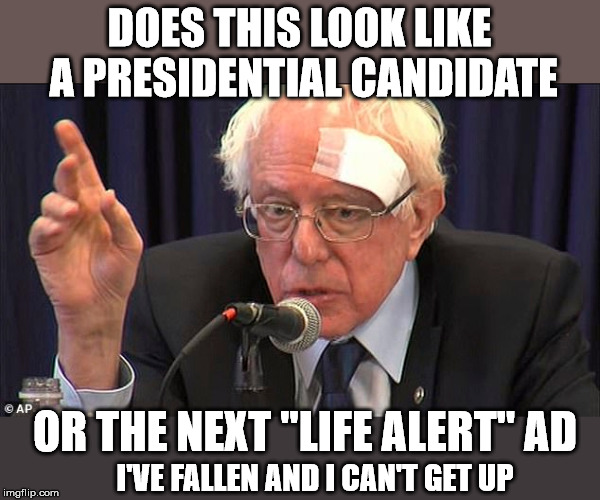 (RNS) — Do the current Democratic candidates for president have any chance of winning evangelicals in November 2020?

Where’s there vote fraud, there’s hope! Y’know, if the Democrats were smart, all of their candidates would choose the same Vice President. That way, it doesn’t matter who wins… excepting Trump, of course… and their VP will become the President about two hours after the “winner” has a heart attack from the stress of his inaugural address. Not even an Arkancide.

Of the candidates left in the Democratic primary race, Pete Buttigieg has made the most of his Christian faith. Buttigieg regularly quotes the Bible on the campaign trail and is always ready to remind us that the Christian right does not have a monopoly on the language of faith.

This is an opinion piece, Mr. Fea, so your painfully neutral language about Petey Fudge-packer blaming Christians for practicing Christian morality tells us all we need to know about your true beliefs: you aren’t disgusted by that piece-of-shit lying false Christian.

But for many evangelicals, Buttigieg’s Bible-infused sermonettes seem indistinguishable from the usual Democratic talking points. One wonders if there is anything about his understanding of Christianity that would put him at odds with party orthodoxy. 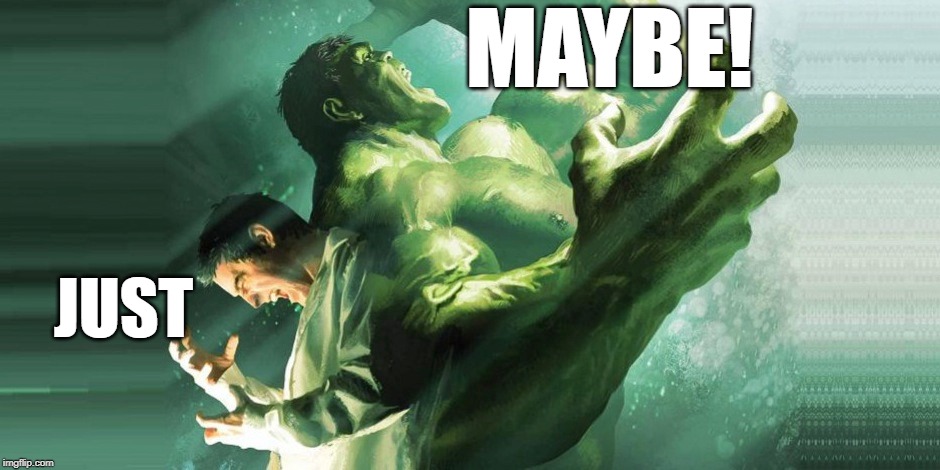 Over the last couple of years, I have talked with a lot of Trump-voting evangelicals.

False Christian confirmed. He was careful to not identify as one of the Bad People.

Some go to my church. Some are in my family. We have exchanged emails and social media messages. I met many of them during the tour for my book “Believe Me: The Evangelical Road to Donald Trump.”

And not finding one. Because the Democrats, finally freed by illegal immigration and vote fraud… excuse me, “democracy”… from even the pretense of caring about their two-year chumps, are not giving said chumps even the flimsiest of excuses for virtuous surrender.

Face it, “swing voters”, your time is done.

These evangelicals might vote for a Democratic candidate who speaks in genuine and sincere ways about reducing the number of abortions in America. Ideally, this candidate would support the Hyde Amendment, the legislative provision that prevents the government from using federal funds to pay for most abortions.

That old shell game! We don’t need to “reduce the number of abortion in America”, as if babykilling and greasy food were similarly non-optimal behaviors. We need to stretch the necks of women who murder their own babies. Do that and the “number of abortions” will magically dwindle with no need for a government task force with supporting legislation.

Evangelicals might also consider voting for a Democratic candidate who recognizes legitimate threats to religious liberty. Such a candidate might be willing to endorse the Fairness for All Act, a bill that both outlaws discrimination against the LGBTQ community and protects the convictions of faith-based institutions.

News flash: God hates fags and fags hate God, that’s why the latter drape themselves in rainbow symbols. These two groups cannot coexist so kindly stop wasting our time and patience by whining “can’t we all just get along?”

Perhaps this candidate might embrace something akin to what Washington University law professor John Inazu calls “confident pluralism.” Inazu calls both the left and the right to think more deeply about how Americans can live together amid their deepest differences and, in the process, forge a healthy republic defined by “tolerance, humility, and patience.” This one, Inazu, probably does. PhD from UNC-Chapel Hill… that university comes up a lot in political activism circles. 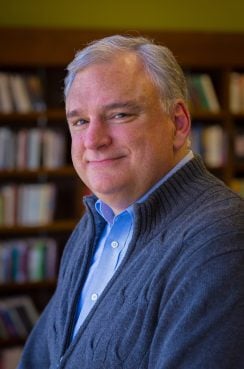 If a candidate will speak proactively on these issues, he or she just might steal a small number of evangelical votes away from Trump. In another close election, such votes may be all that is needed to defeat the president in 2020.

Unfortunately, no such candidate exists in the Democratic field.

And that’s what Mr. Fea’s little screed is all about. How can we sabotage Donald Trump’s base when 1. his support is overwhelmingly Christian, 2. we haven’t bothered to hide our poisonous hatred for Christ for decades, and 3. despite the best efforts of our plants, moles and turncoats, the Christians finally noticed?

The Democratic candidates seem to be taking the same route Hillary Clinton took in 2016. The candidate who spoke openly about her faith during the 2008 Democratic primary battle against Barack Obama, and made visits to Messiah College and evangelical celebrity Rick Warren’s California megachurch, seemed tone-deaf on matters important to evangelicals eight years later.

About the boldface: Shrillary and O’Bummer held a formal political debate at Messiah College on 13 April 2008 which was broadcast live on CNN per wikipedia. Mr. Fea is speaking from personal experience here.

Shrillary was tone-deaf in 2008, too, but we Christians didn’t have a choice then. You Leftoids ignored us because you hated us and didn’t need us. Now, you hate us AND need us and the result is tone-deaf indeed:

During the Democratic primaries in July of 2015, when a conservative pro-life group published videos showing Planned Parenthood employees discussing the purchase of body parts and the fetal tissue of aborted fetuses, Clinton said, “I have seen the pictures (from the videos) and obviously find them very disturbing.” Such a response, reiterated a year later, could have helped her reach evangelicals who also found these videos disturbing.

Our problem with Planned Parenthood’s necrophilia is not that it’s disturbing. It is EVIL.

You poor Church mis-leaders. For many years, all you had to do to get a fat paycheck was pretend to care while ensuring that nobody rocked the boat against your Social Justice allies. Now that your rigged “democracy” hiccuped and gave Christians a breath of fresh air instead of yet another Sophie’s Choice, your bleating about how much the Clinton Commissariat needs our support sounds a lot more “Judas goat” and a lot less “shepherd”.