A worship pastor in South Bend, Ind., is getting attention for a song he wrote “calling out” evangelical supporters of President Trump.

Daniel Deitrich, the pastor for arts and worship at South Bend City Church, wrote “Hymn for the 81%,” a reference to white evangelical Christian voters who helped secure Trump’s victory 2016, as “a plea…to come home to the way of Jesus.” 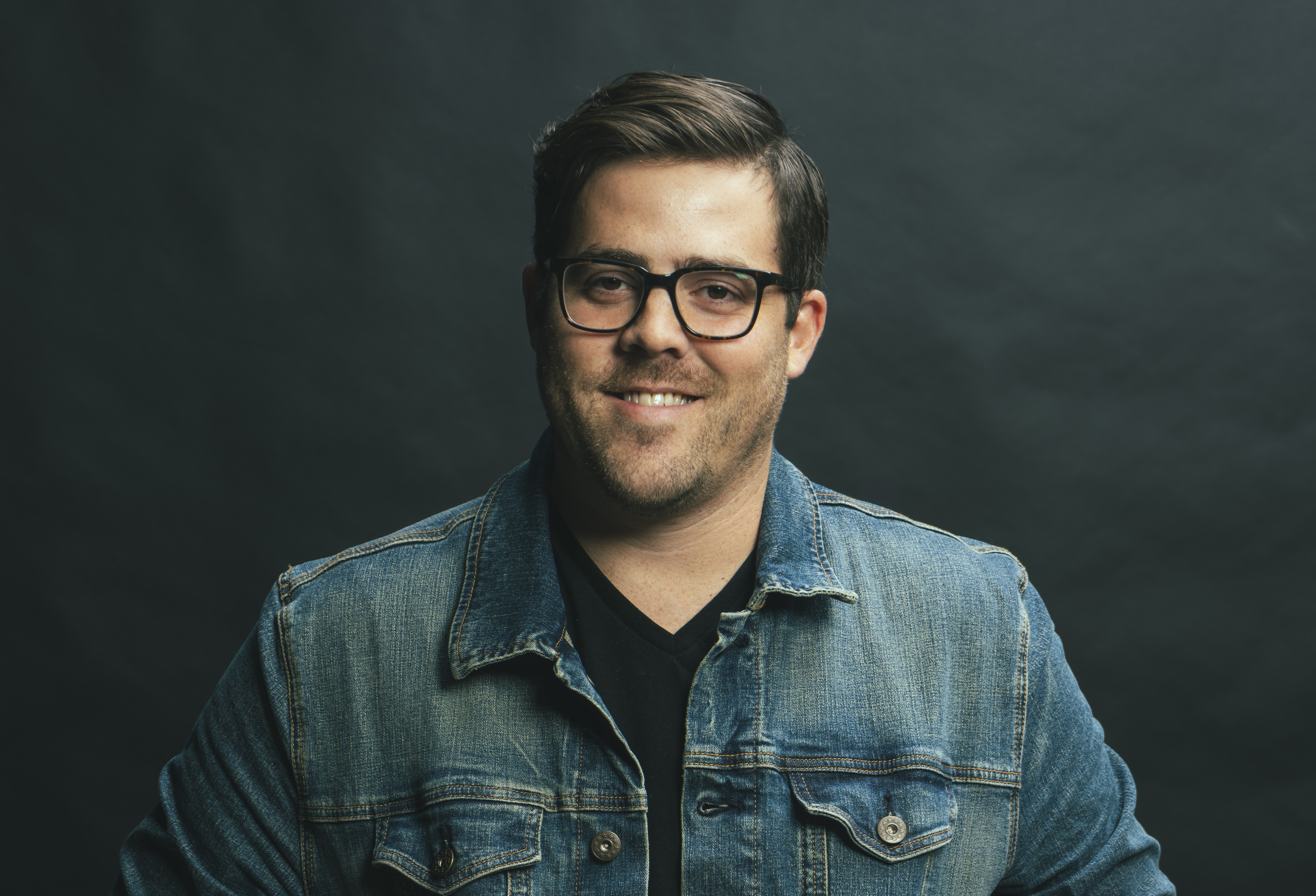 The anti-Trump pastor’s song has over 400,000 views on YouTube. The lyrics accuse Trump evangelicals of “putting kids in cages, ripping mothers from their babies” and “weaponiz[ing] religion.”

LOL at the latter. I don’t care to repeat such lies so instead of linking to the song, I’ll just write a better one:

To the tune of A Mighty Fortress Is Our God.

“A mighty foe is Donald Trump who with the help of Vlad Putin
“stole the election in 2016 from our god the Lizard Queen.
“Dost ask who would screw thee? Pete Butt-gig, it is he
“The LGBT choice, for a new decade’s joy, of herpes, AIDS and Venezuela!”

Don’t complain about it, Lefties, or you’ll weaponize religion.

Deitrich told Religion News Service he originally wrote the song’s bridge as “an angry middle finger to the listener” and found it “cathartic,” but he toned it down and plans on releasing more songs.

What Would Jesus Do? Not that, because He refused to complain even about Caesar, who called himself a literal God-Emperor.

“There’s so much work to do to combat white supremacy, homophobia, transphobia, sexism — all the ways in which people are treated as less than the children of God that they are,” he told RNS. 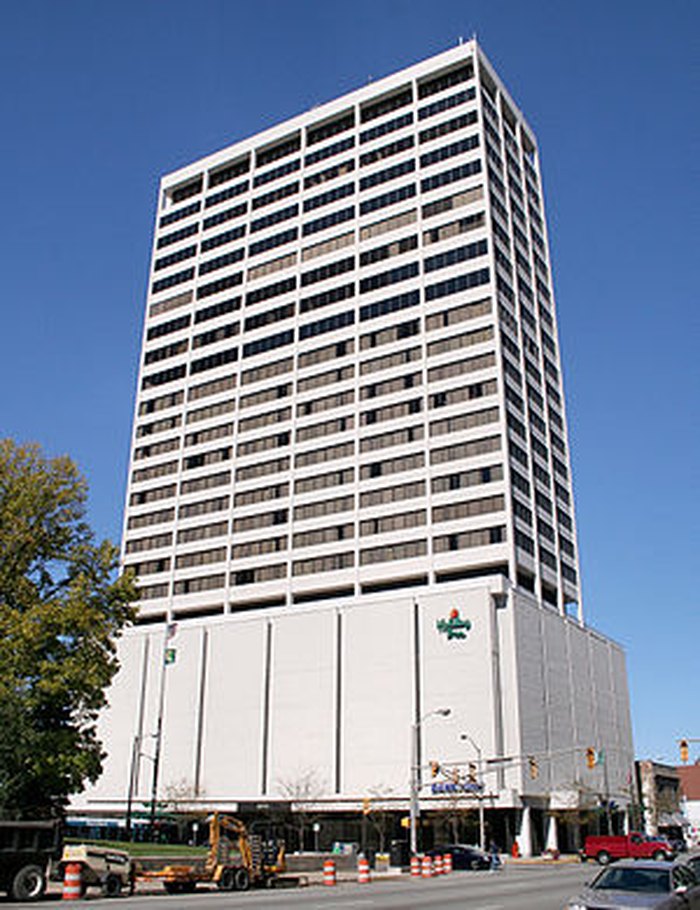 This hotel recently became the Magnuson Grand Hotel, and is unfortunately now closed. However, during its time as a hotel, rumors state that the building was haunted by the ghost of a former flight attendant. Why? Legend claims she was murdered by a pilot in the hotel. Her ghost could often be seen in hotel mirrors or sitting on the edge of guests’ beds. While you can’t spend the night in this creepy hotel, you could still take a look around the outside of the building.

Oops, that should have been South Bend City Church. Interesting random result, however.

South Bend City Church began in 2016 when our lead pastor, Jason Miller, started sharing his vision: a new church in the heart of South Bend; a Jesus-centered community for believers and doubters, where we can ask difficult questions and wrestle with the tensions of ancient faith in a modern world; a community that values simplicity and spiritual practices in our life together; and a church that’s deeply connected to the city we love.

Christianity is not an ancient faith. It is a RELIGION, an extremely relevant one.

In the fall of 2016, we began meeting on Wednesday nights to worship, pray, and study the book of Acts. We kept asking one question: what is a church? And each week, the answer we kept hearing from Acts was that the church is nothing more, and nothing less, than the expansion of Jesus’ work in the world.

A church is a group of believers in God. No wooden boxes or fancy bathrobes or mission statements required. Jesus’ work is rescuing people from a fallen world; He was not at all interested in making the world a better place, as many of His followers expected Him to do. Before and after His time, Israel was an insolent backwater underneath the Roman Empire’s boot heel. Jesus’ worldly success: zero.

In our first year, we gathered at an event venue, a downtown hotel, and a convention hall. We threw a donut party on the streets of South Bend to raise awareness and funds for the cause of chronic homelessness in our city.

That’s nice but that’s not Christianity. Not unless the purpose was street preaching or sheltering believers specifically.

We experimented with different ways of worshiping, learned about historic practices of faith, explored the theme of doubt within Scripture, and listened to our neighbors as we dreamed together. We set up and tore down chairs and sound equipment more times than we’d like to count. And in June 2017, we finally found a long-term home in a building with a legacy in the South Bend community and beyond: a once-abandoned Studebaker car factory.

That explains my confusion over “city center”. *Checks Google Earth* No Crosses on the building but it’s a big, shared, renovated, historical building so maybe they weren’t allowed. To confirm: 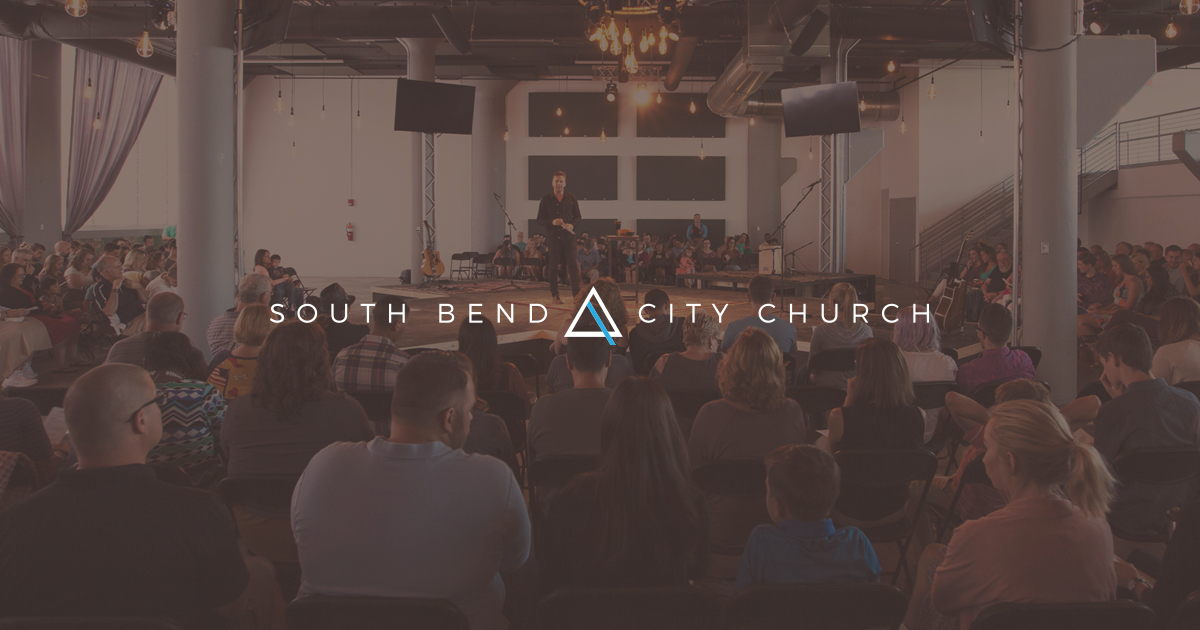 Their main worship room does not display the Cross, either, and their logo of a triangle with a slash is also not a Cross. No Jesus fish or other Christian symbol, either. Not even a bookshelf of loaner Bibles. Nothing to represent Christ.

It must have made those “doubters” uncomfortable.

‘Hymn for the 81%’: A conversation with Daniel Deitrich

What do you think is the purpose of worship music?

There’s this great line from a prayer in the old Church of God hymnal that says, “We thank you for music, and for everything that elevates our spirits above the smoggy confusions of our time and gives us hope.” I love that. I’m stuck in the smoggy confusion a lot. Worship music should give us hope — hope that the way of Jesus can bring healing and peace to a hurting world here and now.

Also, Luke 24:36 “While [the disciples] were still talking about [eyewitness reports to the Resurrection], Jesus himself stood among them and said to them, “Peace be with you.”

The peace that Christ offers is for believers exclusively. It is not for the doubters, the poor, the homeless or God help us, brazen homosexual politicians and the music directors currying their favor.

4 thoughts on “A Hymn To Trump-Hate”