Virginia’s Cuckservatives have not learned the lessons of Charlottesville. Thus, they will be holding a PRE-PLANNED gun rights rally in a DEMOCRAT STRONGHOLD on Monday Jan. 20 to protest firearm restrictions… and in doing so, are poised to give the gun-banners every excuse they could possibly hope for.

There is a distinct difference between the two.

No. They’re both useless wastes of time, resources and goodwill.

Lobby Day is about, well, lobbying – sending a message to the General Assembly and to the Governor, Attorney General, and the Lt. Governor. That message is simple: no more gun control that in any way, shape, or form negatively affects law-abiding gun owners. Bills that go after criminals or bills that are beneficial to gun owners are fine.

And Northam will enact gun control anyway. Methinks your “lobbying” is less about results than excuses. You “heroic, law-abiding Americans” won’t do anything to remove your evil governor. Not even a recall petition.

While there have been some verbal threats by the Democrat leadership to push major gun control down the throats of Virginia’s gun owners and some very bad bills already filed to back up that threat, NOTHING has happened yet and won’t until after January 8th 2020. And perhaps it won’t happen at all if we press hard enough.

The second amendment sanctuary movement, with its absolutely massive turnouts of gun owners, is sending a deafening message to lawmakers ahead of Lobby Day. On top of that, we now believe the size of the crowd on Lobby Day could be absolutely incredible, possibly historic if gun owners from around the state follow through and attend as we believe they will. You will absolutely want to be a part of this!

Be a part of a giant mob that will be easily and inevitably infiltrated by Antifa types looking to murder Trump supporters while posing as Trump supporters? That the Governor is ALREADY changing the city’s laws to prepare for? AND that the FBI is priming for a Narrative Event? (more in a moment)

Fuck that noise. STAY AWAY!

Various militia groups from Virginia and nearby states have graciously volunteered to provide security. With a large Capitol, Richmond, and State police presence, not to mention enough citizens armed with handguns to take over a modern mid-sized country, we have the security base covered nicely. That said, we welcome our militia brothers and sisters to be part of making the day a success! Some militia groups are looking to take canned food donations during Lobby Day and deliver them to a Richmond Food Bank. Please contribute.

If you have the manpower to storm the capitol and take back your government then why haven’t you already? Do you think some peaceful chanting will show the Globalists the error of their ways? It won’t because it didn’t.

If you are asking how you can help with VCDL’s mission, carrying long guns at Lobby Day is not helpful – it is a distraction. Virginia Citizens Defense League’s important messages inevitably get lost as the press rushes to get pictures of anyone carrying an AR or AK. The stories then become about the rifle, not Virginia Citizens Defense League’s agenda. You can set your watch by it. Long guns are not easy to carry in a crowd, either. VCDL needs its voice heard loud and clear in order to able to stop the onslaught of gun-control bills.

Fools! You EVEN KNOW how the Left is going to frame you!

Virginia Citizens Defense League Lobby Day is a peaceful event about gun rights and NOTHING ELSE
We are NOT there to have arguments with the other side. They lobby, we lobby, and never the two shall meet. Just ignore them.

And we are not there to push any other agenda. Our total focus is on protecting our right to keep and bear arms. Period. This is not about flags, statues, history, etc. Just guns.

I cannot believe how naive these people are.

If you somehow find yourself being harassed by the other side, don’t engage them. They could well be baiting you and recording what you do for propaganda purposes. If necessary, go find a police officer and let them take care of the person causing the disturbance. Otherwise, just ignore them and go about your business.

Shut it down, Ammoland. Just shut it down. It can’t do any good and is giving the Enemy a prime stage from which to strike at you. To wit:

Three men who reportedly have ties to a neo-Nazi group and had allegedly discussed attacking a Virginia gun rally next week were arrested and charged with breaking federal gun and immigration laws on Thursday.

Did the FBI nab them in the nick of time, or was the FBI sitting on the perps for a politically convenient moment? You get one guess.

Of those arrested, one of the detained was Patrik Mathews, a former reservist in the Canadian Army who U.S. officials say entered the country illegally after Canada kicked him out of the service over his suspected ties to white supremacist groups, ABC News reported.

Canada being what it is these days, I’m surprised they even let Aryan McCracker join up: 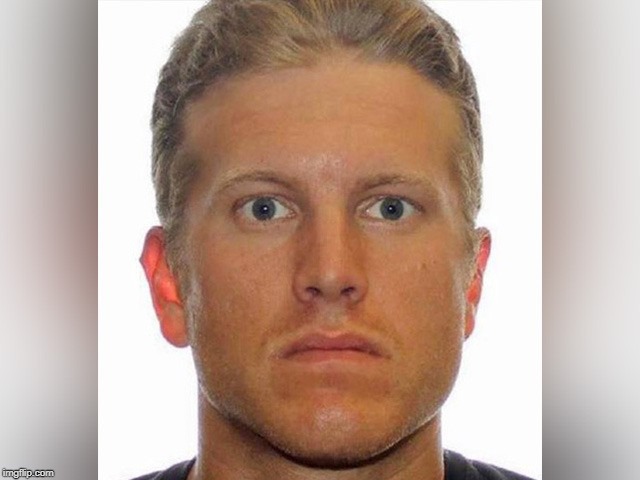 The CBC reported that while in the force, Mathews worked as a combat engineer and had basic explosives training while serving with the Winnipeg-based 38 Canadian Brigade.

The other two arrested were American citizens — Brian Mark Lemley and William Garfield Bilbrough IV — but what the three of them had in common is that they all had suspected ties to the white supremacist group The Base, according to a federal criminal complaint filed in Maryland District Court.

Prosecutors say Mathews entered the U.S. illegally in August 2019 and was sheltered by Lemley and Bilbrough while they lived in Maryland until they moved to Delaware in November that same year.

Did you guess right?

So, Mathews probably didn’t enter USA for this specific event. He probably entered USA to look for work. Being a suspected “hater” in Canada is probably as bad as being a registered sex offender in America.

“Within The Base’s encrypted chat rooms, members have discussed, among other things, recruitment, creating a white ethno-state, committing acts of violence against minority communities, the organization’s military-style training camps, and ways to make improvised explosive devices,” the complaint stated. 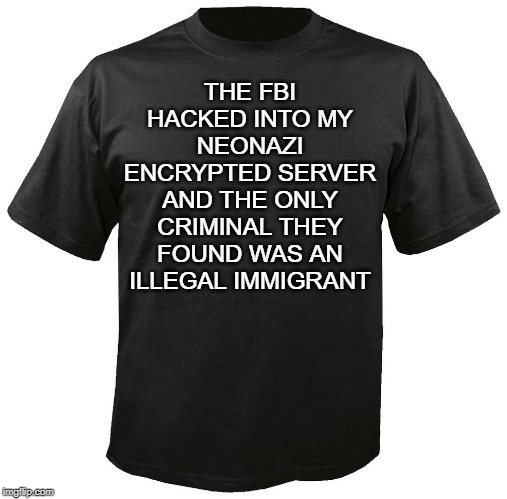 The FBI arrested the three men under suspicion that they were planning to travel to the rally to begin “a possible race war,” the New York Times reported.

As. Reported. By. The. New. York. Times. Let’s see if that criminal complaint actually does state that they were planning a race war.

Greenbelt, Maryland – A federal criminal complaint has been filed charging three alleged members of the racially motivated violent extremist group “The Base” with firearms and alien-related charges. The complaint charges Brian Mark Lemley, Jr., age 33, of Elkton, Maryland, and Newark, Delaware, and William Garfield Bilbrough IV, age 19, of Denton, Maryland, with transporting and harboring aliens and conspiring to do so. Lemley is also charged with transporting a machine gun and disposing of a firearm and ammunition to an alien unlawfully present in the United States. Further, the complaint charges Lemley and Canadian national Patrik Jordan Mathews, age 27, currently of Newark, Delaware, with transporting a firearm and ammunition with intent to commit a felony. The complaint also charges Mathews with being an alien in possession of a firearm and ammunition. The complaint was filed January 14, 2020, and was unsealed today upon their arrests by the FBI.

Nope, no charges for conspiracy of mass murder or anything such. Looks like the New York Times lied. I’m fine with prosecuting an illegal immigrant but notice it’s the FBI doing it today, not ICE. Why didn’t the FBI inform ICE? Why did the FBI burn their access to a white nationalist server just for a deportation when letting ICE have an anonymous tip would have preserved that intelligence asset?

Because the FBI is setting the stage for Monday’s protest in Virginia. They make a racially sensitive arrest of “evil white male gun owners”, the NYT applies the proper spin and then Northam used it to declare a state of emergency.

Virginia governor Ralph Northam declared a state of emergency on Wednesday afternoon [January 15], citing the potential for violence at an upcoming pro-gun rally at the state capitol. On Twitter, the governor wrote:

“We have received credible intelligence from our law enforcement agencies of threats of violence surrounding the demonstration planned for Monday, January 20. This includes extremist rhetoric similar to what has been seen before major incidents, such as Charlottesville in 2017. This intelligence suggests militia groups and hate groups, some from out of state, plan to come to the Capitol to disrupt our democratic process with acts of violence.”

That credible intelligence was the FBI arresting an illegal immigrant from Canada. Arrest on the 9th, martial law on the 15th, event on the 20th. They’re moving right along.

As part of the state of emergency, Northam also ordered a unified command of both local and state police as well as emergency services.

There it is. Northam has total control to manipulate events as he wishes.

10 thoughts on “Judgment Day For Virginia Is Monday”