To the surprise of everybody but the Red-Pilled, Domestic Violence Protection Orders (DVPOs) have failed to be magical force fields guaranteeing the safety of women who just can’t stay away from the thugboys. North Carolina reflects on its lack of success with a grim determination to avoid the obvious. 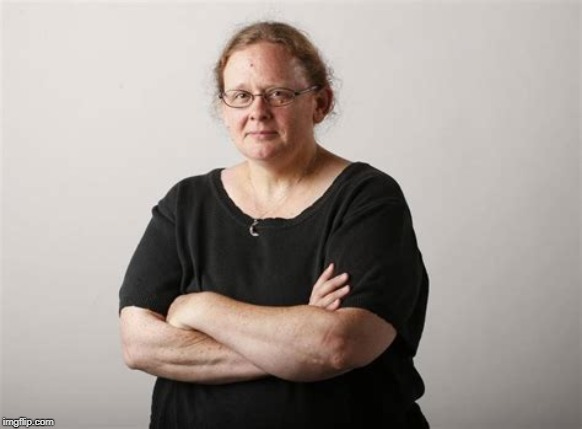 The author might have a personal interest in the effectiveness of DVPOs as a method of “taming the unicorns” in her personal life.

She had been stalked and terrorized by an ex-boyfriend who had a court order to stay away from her and her family — and multiple charges for disobeying that order.

“I am afraid of what’s next and the safety for my family,” St. Hillaire wrote when she sought a third domestic violence protective order on Oct. 9, 2019.

In our current age of police getting Federal funding for making exactly that kind of arrest, their reported refusal to do so simply cannot be taken at face value. Something is going on to prevent police from taking these perps off the streets… but what could it be?

On Nov. 25, the 28-year-old mother and certified medical assistant was fatally shot by a former boyfriend as she arrived for work at UNC Family Medicine in Durham. The ex-boyfriend, 33-year-old Lequintin Ford, also shot and killed himself. 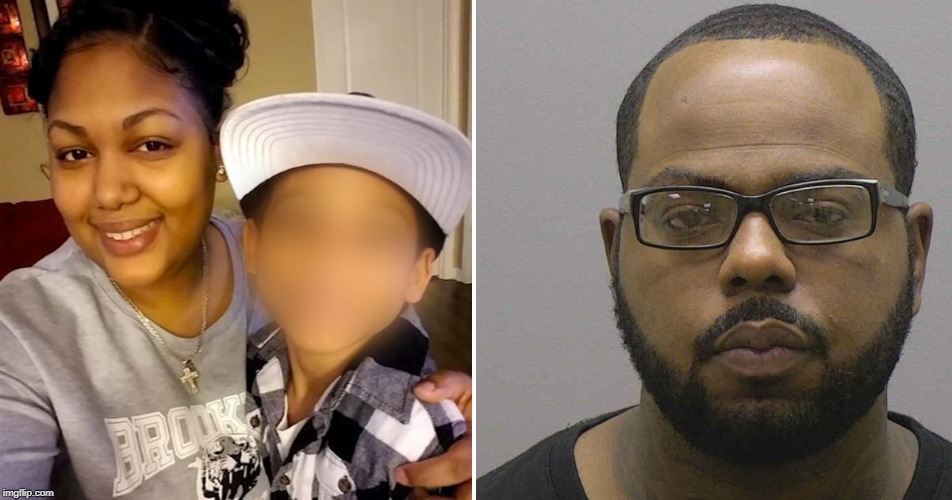 Yep, this would have been just another Ghetto Hood Rat story except for the failure of DVPOs. Most abusive boyfriends don’t go to the extreme of gunning down their skanks inside a major hospital, however. Not without working up to it. Most crooks start small-time and are thwarted by criminal justice long before the murder-suicide endgame.

It wasn’t the first time Ford had confronted St. Hillaire at her workplace or her Alamance County home. Court documents showed warning signs as early as 2015, when he assaulted her with a bat. Ford was arrested nearly two dozen times in the last two years, including for domestic incidents involving another woman.

Sheeet, mon. The cops were doing their jobs, making the arrests. The government, as represented by victocrat racist sphincter-judges, obviously weren’t. My race right or wrong, eh? It ain’t working out for them.

When he died, Ford faced three new felony stalking charges, misdemeanor stalking and harassing phone call charges, and three violations of his domestic violence protective order. He had been jailed at least twice — first under $100,00 bail and then $250,000 — but was able to get out when a judge reduced his bail in November.

The conditions put in place at that hearing — that he wear an ankle monitor, be home from 7 p.m. to 7 a.m., stay away from St. Hillaire’s home and work — didn’t protect St. Hillaire.

Lovely. Thanks to all the “restrictions” placed on Tyrone, the police were able to track his murder spree like a geocacher homing in on a trinket. Preventing the murder spree was, alas, not a permitted option.

Chicks like a little danger in their sperm banks.

I just got an awesome idea for a reality game show. Thanks to our Panopticon state, we can track the second-by-second movements of both Jerome and Jemimah, right? “We go live to the University of North Carolina, where Ford’s ankle monitor has just moved within 1500 feet of the iPhone of his baby-momma, Vickie. Our hacker, Dennis, is pulling up a security camera feed… SHIT HE’S GOT A GUN! Place you bets, folks! Who will live and who will die? The clock is ticking on this time bomb!” I’m gonna be rich!

Wait, they already did that in the book/movie “Running Man”. I’m gonna be sued!

Her story is not unusual.

While some studies indicate that protective orders can prevent or reduce the severity of future abuse, the U.S. Department of Justice has not definitively answered the question of how effective they are. A 2003 federal Office of Justice Programs report still cited today noted that nearly half of all abusers charged with killing their partners had previous arrests, and nearly a third of the victims previously had called police.

If criminals were properly punished, or at least locked up, then the need for DVROs would drop by half.

One in 4 women and 1 in 10 men will experience physical, sexual or psychological domestic violence in their lifetime, according to the U.S. Centers for Disease Control and Prevention.

The costs can be high, averaging $103,767 over a female survivor’s lifetime for medical care, lost productivity, legal fees and other costs and $23,414 for a male survivor, the CDC reported.

A difference factor of 4? No doubt because men are the less productive sex. All we make is clean water and electricity. And safe streets, when allowed. Nothing valuable.

The cost to society: An estimated $3.6 trillion, based on the lifetimes of 43 million male and female domestic violence victims studied for a 2014 National Institutes of Health report.

Then there is the loss of life.

Roughly half of the female homicide victims each year — 3,268 in 2018 — are killed by a former or current male partner, federal data showed. Available data for male victims showed nearly 5% were killed by an intimate partner.

The N.C. Coalition Against Domestic Violence, which tracks the state’s domestic violence homicides, reported that 53 people were killed in 2019, including four people in Durham County, two in Wake County and one in Orange County. While the same number of people were killed in 2018, the coalition reported an increasing number of homicides — averaging 77 — each year between 2013 and 2017.

The numbers include homicides involving both same-sex and opposite-sex intimate partners, but not domestic violence between non-intimate family members.

The “non-intimate family member” being bio-dad?

DO PROTECTIVE ORDERS WORK?
Most protective orders do what they are designed to do, domestic violence advocates said, but the key is an abuser who will follow the rules. 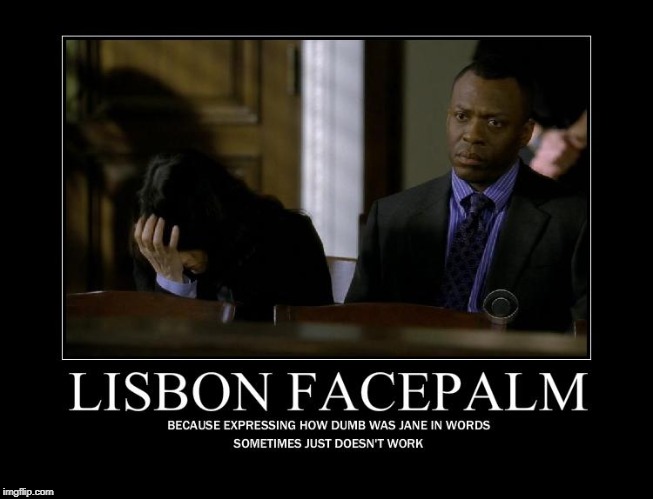 How are you stupid dumb bitches smart enough to even keep breathing? Oh, right, you’re NOT. *Points at dead Vickie.*

“If this is an offender who doesn’t want to go to jail, who cares about their reputation and wants to look good in the community, it’s going to be a whole lot more meaningful for them than for someone who really doesn’t care if they get arrested,” said Kathy Hodges, deputy director of the Durham Crisis Response Center.

Sherry Honeycutt Everett, the coalition’s legal and policy director, noted protective orders have other benefits, including tougher penalties for low-level offenses such as stalking and harassment, and child-custody arrangements.

Boom, there it is. The purpose of DVROs is not to actually protect women. It’s leverage against law-abiding fathers.

Worse, DVROs help feral women live their peak sexual fantasy of fucking with the devil without getting burned. DVROs give her the illusion of safety as she places herself in harm’s way time and again.

Feral women don’t actually want to be protected from violent men. Get ready for the climax…

Judges awarded protective orders — also called 50B orders in North Carolina — to 33% of the men and women who sought them last year, data showed, while another 23% voluntarily dropped their protective order petitions. The rest of the petitions were denied or involuntarily dismissed because the person seeking the order didn’t show up for the hearing.

In North Carolina, 50B orders are only available to heterosexual couples who are living together, married, dating or divorced, or share a child. Same-sex couples can only get a 50B order if they live with their partner, leaving those who are only dating to seek a civil no-contact order, or 50C.

No “protective” order should ever be granted if the victim insists on cohabiting with the abuser.

A 50C order limits contact between the parties and makes some crimes, such as stalking, a felony. However, unlike with a 50B, the offender cannot be arrested for violating the order or have their guns seized.

Survivors can endure months and even years of abuse before going to court, multiple studies show. Over half of those who have suffered repeated assaults do not report them to police, the National Crime Victimization Survey found, often because the survivor is trying to protect the abuser, fears what the abuser might do if arrested, or considers the violence a private or family matter.

The abuse can escalate when victims finally decide to seek a protective order or leave the abuser.

One study reported in the 2003 National Institute of Justice Journal found that 75% of female domestic violence homicide victims and 85% of women who experienced severe violence had left or tried to leave an abuser. Women previously threatened or assaulted with a weapon were 20 times more likely to be murdered, according to a separate study cited.

DECIDING TO LEAVE
Her partner was only verbally abusive at first, Durham resident Deborah Williams said. When he began getting in her face, assaulting her and using his body to keep her from leaving, it still wasn’t enough to make her give up the relationship.

That’s why she didn’t go to police, she said, when her partner approached her in the church parking lot after Bible study and grabbed her by the neck. A church deacon, hearing her scream, escorted her home that night and asked her partner to take his things and leave, she said.

It wasn’t the last incident, and over the five-year relationship, Williams sought four protective orders. Still, she sometimes met with her partner in violation of his no-contact order and skipped some of their domestic violence court hearings, Williams said.

Taming the unicorn… or bearding the lion?

“My weakness in wanting things to work out, listening to convincing reasons why we should stay together, believing no one else is going to want me — all of those things played into me participating in him violating the domestic violence protective order,” she said. “Then there were times that I tried to stay strong and … would call the police to have him removed. For me, it felt like I was putting holes in my own credibility and that no one is going to believe me.”

“wanting things to work out” = hybristophilia

“convincing reasons why we should stay together” = “I want my money”

“me participating in him violating the domestic violence protective order” = she deserved to have her brains splattered across the parking lot with a baseball bat. Police cannot, and should not try, to save feral women from themselves. They should stand back, ensure no bystanders get hurt (by playing White Knight like that church deacon did), let the inevitable happen and skip the crime scene investigation for the squeegee and bucket.

Survivors cannot be prosecuted for meeting or talking with an abuser under a protective order, but advocates agreed they can risk losing credibility with police and the court system. It also encourages some abusers to take protective orders less seriously, they said.

The turning point, Williams said, was when she saw the relationship affecting her son.

“Just knowing that the relationship that I was in was modeling an unhealthy model of what it means to date, what it means to be married, and that I could be setting my children up to repeat these habits,” Williams said.

Her son is lucky to be alive… Mommy wasn’t so far gone as to abandon her own children.

Williams has since moved, blocked her partner’s number, and started writing again, publishing a book of poems and essays about “regaining your power.” This year, she graduated with a master’s degree from the Duke University School of Divinity.

IN THE NAME OF PATRON SAINT FRICK!!!

The emotional and mental wounds will take a long time to heal, Williams said, but she hopes her experience will lead her to a way to help others.

“The saying that we don’t go through what we go through just for our purposes, but to help other people, that would definitely be a true statement,” she said.

“I don’t fuck the bad boys anymore. I now teach empowerment to women in the name of Boyfriend Jesus.”

The DVPOs aren’t protecting women… because women don’t want to be protected, except from husbands who might restrain her hybristophilia.