I thought the treasonous bitch was dead, or at least senile. But no, she’s now the high priestess of Original Sin!

I Got Arrested With Jane Fonda While Protesting Climate Change. Here’s What It Taught Me.

Sohil, if getting arrested taught you anything other than ‘hanging out with “Hanoi” Jane Fonda is a bad idea’ then you validate India’s nickname of Cuckistan.

Growing up, I endured perpetual teasing for being a stickler for the rules. In high school, you would have never found me in a teacher’s classroom pleading for a confiscated phone or in the principal’s office profusely apologizing for cheating. Hell, I was the only student in my fifth grade classroom to have never received detention. So if you had told me I’d be sitting in the back of a paddy wagon with my hands cuffed behind my back, I would have either laughed or cried miserably.

Lightweight. I was a hall monitor who won every fight.

But after an exhausting first semester of college, I was thrilled to begin my winter break by embarking on a journey with my best friend, Kesha.

If Kesha is female then there’s our first clue that Sohil is a mentally disturbed beta orbiter. She’s not his girlfriend, fiance or bitch, no, she’s a “best friend”.

We had booked a bus ticket to Washington, D.C. to attend a Fire Drill Fridays demonstration on the Southeast Lawn of the United States Capitol. Fire Drill Fridays is an organization founded by actor Jane Fonda that is working to encourage action against climate change and to promote the adoption of the Green New Deal. Inspired by climate activist Greta Thunberg, Fonda had temporarily moved to D.C. to hold weekly demonstrations on topics pertaining to the climate emergency.

If Greta ever inspired anything, it was playing hooky from school… which Sohil didn’t do. Nobody sane spends winter break promoting globalist evil in a strange city in the company of a female who refuses to put out.

We had initially heard of the organization after Fonda was arrested while protesting on the steps of the Capitol Building. Inspired, we decided to join the demonstration.

Da fuq? He was inspired by the chance to go to jail like he never wanted to? Was Sohil trying to impress the women in his life by becoming a bad boy with a rap sheet? Shit test FAILED, with authority!

The theme for that particular week was the public health crisis caused by climate change ― a key issue discussed in an environmental class I had just taken.

“Today in meteorology, class, we’ll learn how anthropogenic climate change is why you can’t find an affordable doctor. As usual, white cis-males are forbidden to ask questions for the remainder of this lecture.”

The rally featured a number of speakers who provided their expertise on the subject, including political activists Gloria Steinem and Rev. Dr. William J. Barber II.

Barber was ordained by the NAACP at age 15. He met his wife while marching in Jesse Jackson’s presidential campaign and later began a series of protests called “Moral Mondays”. Looks like Jane Fonda is still sucking up to Marxists with her “Fire Drill Fridays”.

Following the speeches, Fonda led those in attendance on a march to the Hart Senate Office Building. While marching, we all shouted chants and proudly carried signs calling for an end to the fossil fuel industry.

You gonna march back home, too, you fuckwitted moron? Remember you TOOK THE BUS to this protest against cheap energy? I cannot believe the hypocrisy going on in the Left! I know Leftism leads to people living in mud huts but never realized that that was the intended goal from the beginning. I always thought the mud hutting came as a total surprise to its advocates.

The real story, of course, is that the globalists want to crash the value of fossil fuels so they can buy up the sources for cheap. This is such painfully obvious market manipulation that I’m at a loss for how these BRAINLESS FOOLS can advocate for it. Don’t they hate the One Percenters?

We eventually came to a stop at the entrance of the Hart Senate Office Building, where we patiently waited our turn to go through security and resume protesting on the other side of the wall. We could see a number of police officers standing in the center of the lobby. That’s when we started to hear the murmurs and whispers of the crowd.

“Isn’t it funny how we’re going through security just to get arrested later?”

“Look at the time! We probably won’t be released from custody until 10 p.m.!” 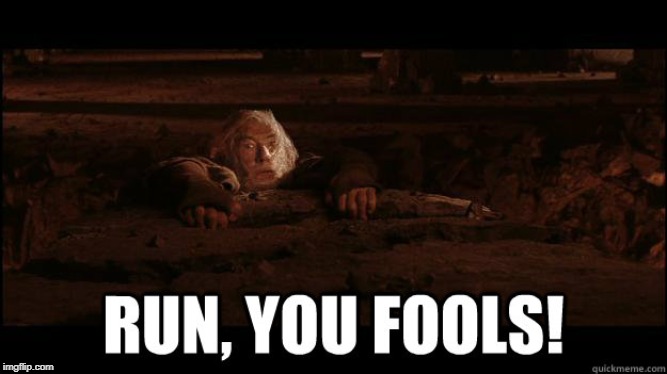 Kesha and I looked at each other. A prominent feature of Fonda’s weekly demonstrations is the arrest of several protesters during the period of civil disobedience. At the time, Fonda herself had been arrested four times during previous demonstrations.

Prior to the protest, I had absolutely no intention of getting arrested. The plan had always been to support the cause by joining the protest and marching in solidarity with everyone else. The police were a signal for us to wish everyone good luck and to finally step away. Getting arrested was simply not on our agenda.

And yet as we waited to go through security, I didn’t immediately tremble or cower at the idea of getting arrested. Maybe it was the rush of adrenaline pumping through my veins; maybe it was my desire to continue fighting for the cause. Perhaps it was a mix of both.

Maybe it was mob psychology. Maybe like Jane Fonda, he loved the idea of demanding that the American people who treated him kindly allow him to get away with disobedience. Maybe he’s such a mindless cucking simp that he thought his “best friend” would be impressed that he was willing to break the law to win her love. Like Adam did for Eve?

Kesha and I continued to stare at each other until it became clear we were thinking of the same thing. I asked her if we were really about to do this. A few people standing nearby could easily sense our frantic state of contemplation. “You guys got this! We promise it isn’t as bad as you think. You’re standing on the right side of history!”

“She’s going to respect me so much more in the morning!”

Feeling empowered by our fellow protesters, we made the last-minute decision to risk being arrested. We quickly scavenged through our pockets and backpacks to pool together the money needed for our bail. I never imagined myself in this situation, but somehow what we were doing felt right. We were fighting for a cause we wholeheartedly believed in. In doing so, we hoped to contribute to positive change.

This story should have ended with Sohil’s deportation hearing. “I thought you were only going to charge me a little bail and let me go! I’m a foreign student who overstayed his visa then failed to comply, so I have rights!”

Everyone gathered on the floor of the lobby and sat around a large banner. Rev. Dr. William J. Barber II led us in chants and hymns as the police officers began to issue warnings.

A picture of Leftists at church. The First Rebel must be proud of them.

We were each given three warnings until we were officially arrested. During my first two warnings, I simply nodded and carried on chanting with everyone else.

Things quickly became real when plastic handcuffs were placed around Kesha’s wrists and an officer accompanied her toward a nearby processing area. An officer then tapped me on the shoulder and issued a final warning. He asked if I understood I’d be arrested if I refused to move. I said yes. And with that, I was taken to the processing room.

After giving up our belongings and being searched, we were driven to a garage/warehouse instead of a standard prison or jail. Kesha and I were among the earlier arrests and waited as other protesters arrived in batches. A total of 138 protesters were arrested. Fonda was one of the last to be arrested and, because her birthday was the next day, everyone (excluding the police officers) sang “Happy Birthday” to her as she entered the holding area.

THAT story should have ended with the DC cops hanging Fonda by the neck until dead, right then, right there, in front of her supporters, for treason against her country in time of war, as a birthday present from the nation she hated and used. Anybody who doubts her guilt can look up the pictures. 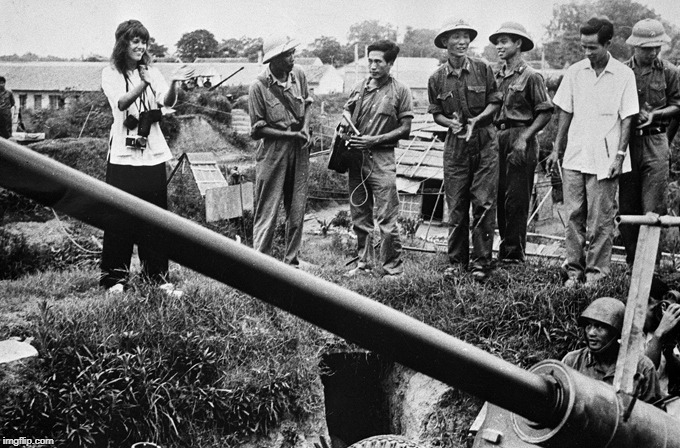 Throughout the evening, I had the opportunity to get to know those sitting around me. Not only did they provide me with a considerable amount of support, but they also offered to share their past experiences with me. Many had been protesting since the civil rights movement and their stories were riveting. I walked away from the warehouse feeling more inspired than ever before.

Eventually, we were released and given back our belongings. Kesha jumped into the air as she shouted, ”Best day ever!” while making sure all her things were in order. I couldn’t help but agree.

Being Christian, I have never before given this advice… but Sohil needs to shag a prostitute, like, yesterday. This level of cucking is painful just to watch.

During the entire bus ride home, I feared how my parents would react. You can imagine how surprised I was when I learned upon telling them the news that they wanted to participate in an upcoming demonstration with me.

Paraphrasing a recent quote by Fonda, people have a responsibility to use their privilege for something good. It doesn’t require breaking the law or getting arrested to fight for a good cause. We must continue to organize and to write to our representatives to bring about and demand change. Today, I am proud to be standing on the right side of history.

You cuck-witted fool, you aren’t even on the right side of your not-a-girlfriend.

These people are soul-sick… worshipers of the First Rebel, the devil. Sohil is the very image of Adam in Eden, defying legitimate authority in the mind-blowingly stupid hope that Eve will love him after he martyrs his clean criminal record for her.